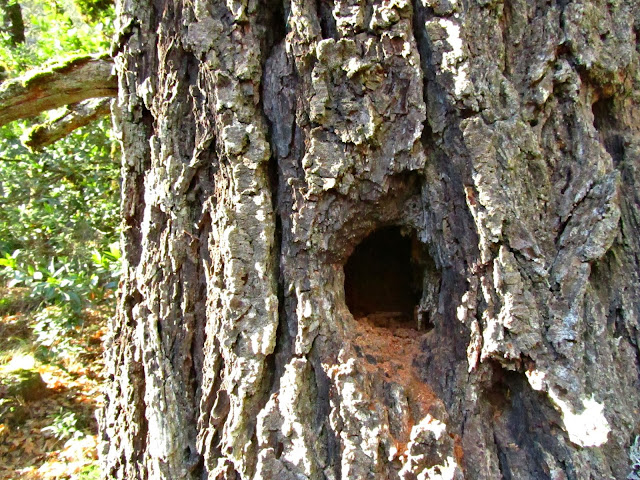 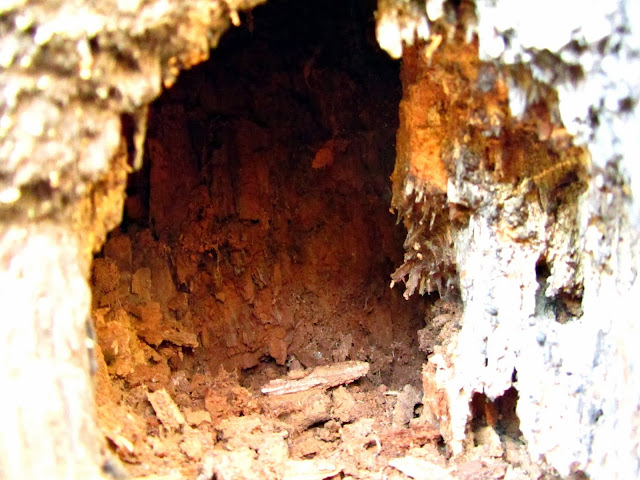 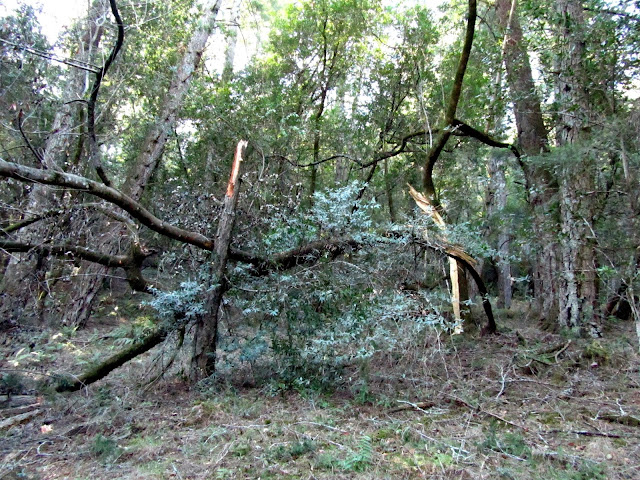 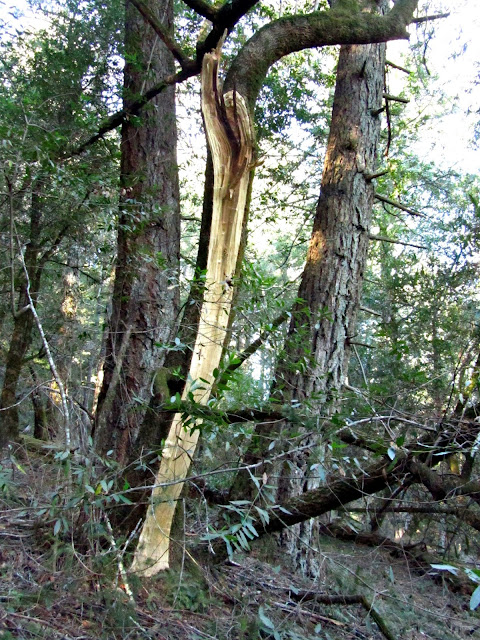 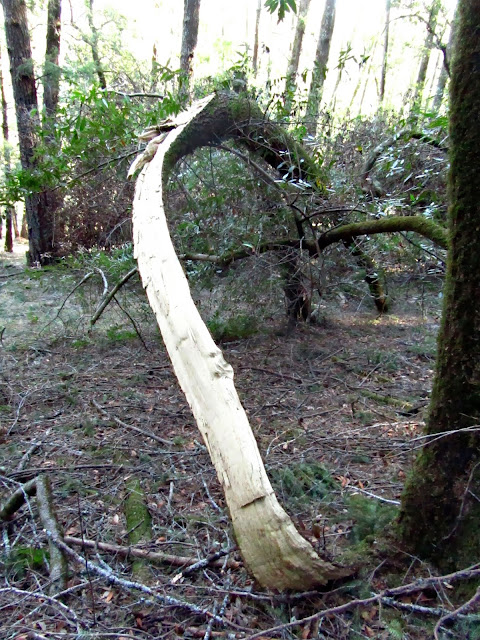 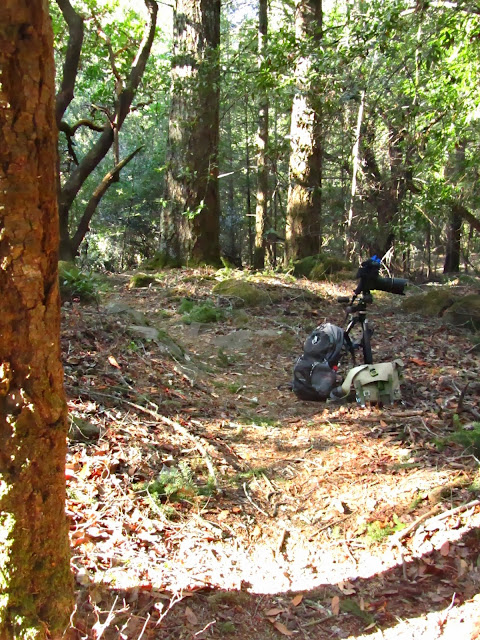 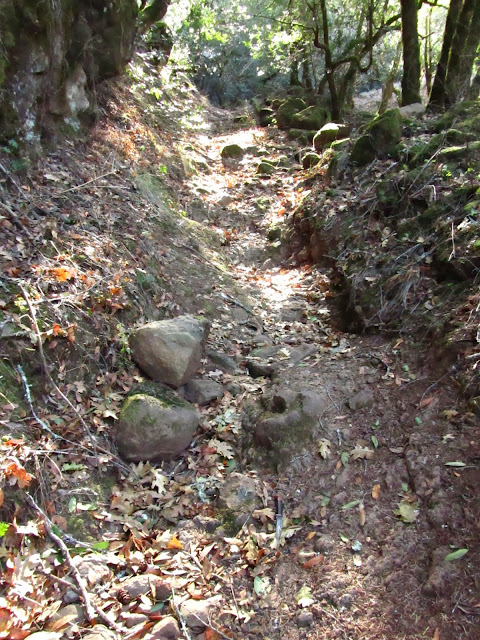 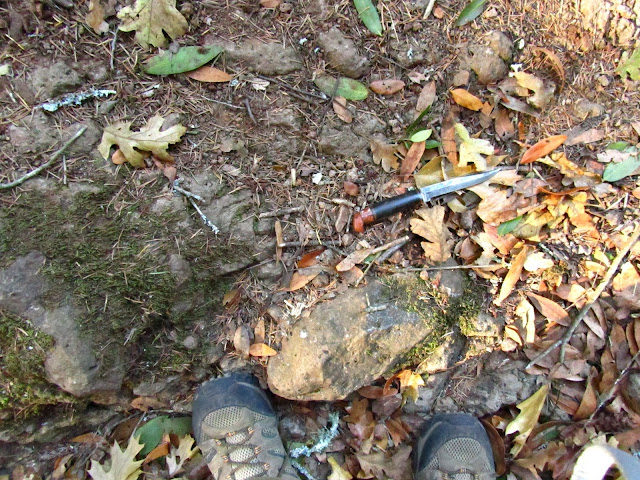 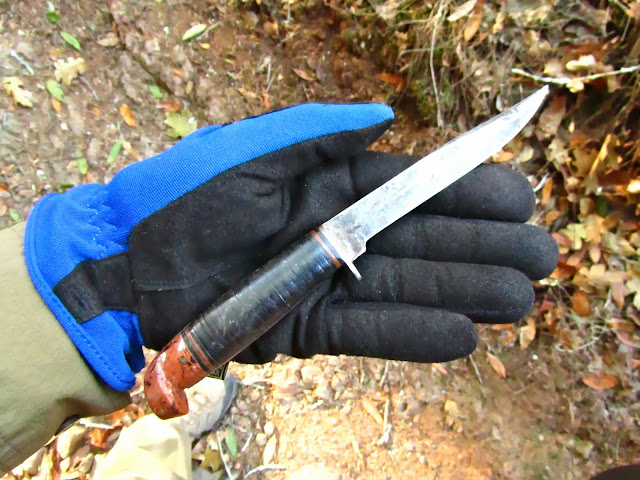 Gee, that's quite some woodpecker hole John. I like the watercourse and the mossy rocks alongside; it would look pretty when it's running. The knife was quite the find with that history.

My dad said exactly the same thing as he tramped along with eyes down and hands in pockets! He quite often found things too.

Your hikes are always full of surprises. Hope you will find the owner of the knife.

Well good 4 U... As long as there was no blood on the knife and no nearby dead body (I shouldn't joke) I commend you for your efforts of returning the knife to its rightful owner. SOME day I am going to actually get to Annandel--you have whetted my appetite for the place over the years! I bet it is spectacular right after a rainfall.

What a find that knife is! «Louis» tips his hat to you for wanting to find the person who lost it!

The site of that broken tree is amazing. It reminds «Louis» of when he was in France over New Years 1999/2000. A huge storm coming off the Atlantic swept across most of Europe. It had the highest winds recorded up to that point in the outgoing century. In France, thousands and thousands of trees were downed. «Louis» remembers seeing one huge old tree in Paris that had come down, its root cluster being pulled out of the ground along with it. Atop the root cluster was a Peugeot that had the misfortune of being parked above where the roots would come out! The Peugeot was a good 20' above ground! It was an amazing sight!

Very nice post!
Thanks & Welcome for your comment and your visit to my blogs.
Have a nice day! Cath.

I used to have a knife like that. Maybe it was mine.

quite a find. hopefully the owner will post some notices. and i remember you mentioning your father figure friend.

A wonderful post John... I hope you reunite the knife with it's owner.

Nice photos and a beautiful story.
I love the saying.
Peace :)

I hope you get to return it to him...I would probably be heartsick.

Interesting butt on the knife. Is the handle hollow?