mos-qui-to (me sket' o) noun, pl. -toes or -tos
small biting insect that sucks blood from John in the matter of seconds once he steps out into the open

I had a few encounters with these little buggers while in the Everglades and that was to be expected. But good grief, the further north I go the more plentiful they are.  At this camp in south Georgia they were so bad I couldn't go outside for more than a minute before they swarmed me.  I sent Sinbad out on his own and he was happy to just sit there, without me.  A fur coat is good mosquito protection. 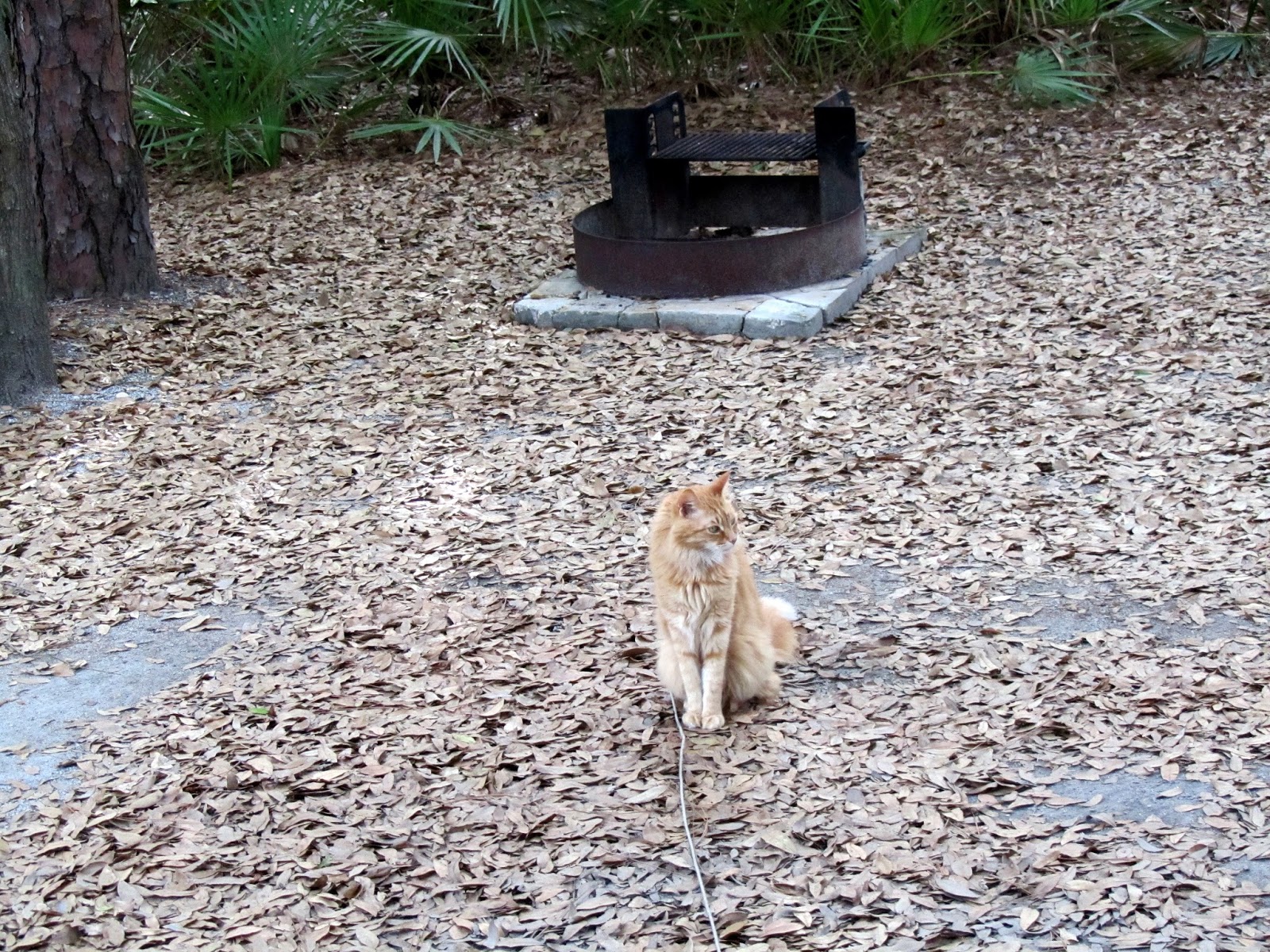 The next morning I stopped to see the ruins of an old sugar mill.  I didn't finish reading the first sentence on the historical marker sign before they were on me, but I was not to be denied.  I ran the 100 yards into the woods to see the ruins and they were even thicker there!  Hastily I snapped three pictures and sprinted back to the Little House on the Highway.  Score 3 bites for the mosquitoes.

Today in South Carolina I stopped at an old southern mansion.  It was raining with a slight breeze "I should be good here".  Nope!  They nailed me right away.  Back to the LHOH.  Score 2 bites for the mosquitoes.  Smashed one of the little bastards against the driver's window.  Score 1 for John.

Tomorrow the uniform of the day is long sleeve shirt and gloves (I am already wearing long pants)  with bug juice on face, ears and neck.  Maybe I'll put the bug juice on my hands instead of gloves.  No need to attract attention.  And the people here live with this day to day!  Unbelievable.   The interesting thing is that some of the areas we've been in are the same ones we were in this time last year and nary a skeeter was seen on that last trip.  As I drove away from the plantation I reflected on the 100 some slaves that worked the rice fields for the plantation owner and the misery they must have suffered from just the mosquitoes alone.

Well the first sentence of your blog of Thornton Wilder says all. Its an experience you don't forgot. Nice to see Sinbad out in the open again. Hope you go better tomorrow.

That must be awfull, I hate those little basterds. They come even through clothes. Some people they leave alone, has something to do with their blood?

mosquitoes love me too John; they're a proper curse!! Good to be prepared with what it takes.

we've had lots of west nile virus here so i try to avoid them as much as possible. at least we don't have the severe humidity as some of the areas you've been through.

Here in Cayman, much money is spent on mosquito control. In the old days, they were so bad they killed cows.
I remember Cape Hatteras, at night the mosquitos felt like raindrops hitting you.

The mosquito is the Minnesota State Bird, did you know that, John? Hateful little insects they are and they carry diseases as Tex said.

Watch out for them! We are still getting snow up here in MN, so no mosquitos yet!

When I lived in the Central Vallery of California I used to be their favorite dish.

Mosquito is our state bird.

Yeah, those little buggers are bad enough here in California--I can just imagine ((no, you described it quite well)) how bad the problem is in other parts of this fine land of ours.

A shame to survive the alligators only to be devoured by mosquitoes.