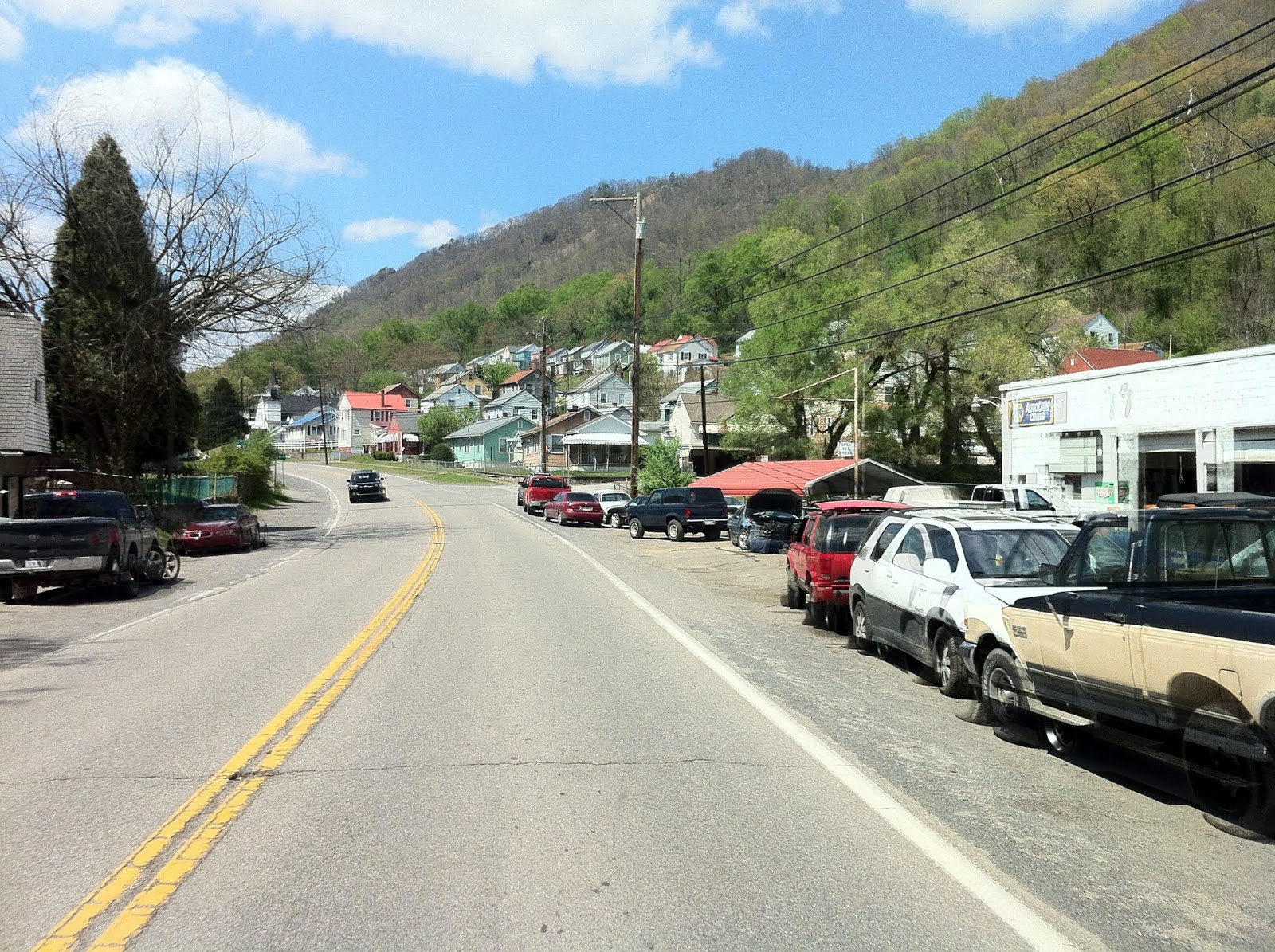 If you look at a map of West Virginia it is a funny looking state.  It appears to be made up of bits and pieces it's neighboring states did not want.  We drove the small back roads of the state passing though mostly all coal mining towns.  Many had mountains of coal piled high waiting to be shipped out on railroad cars and at one place on river barges.  It is a hard life and the living conditions these poor people have...no one should have to live that way.  The above photo was one of the nicer towns and I was able to get a photo on one of the few straight and level roads this state had.  This road looks nice but many miles of road were mined with potholes that would have jarred the Little House on the Highway to no end if I hadn't drove as if I was on an obstacle course, which I was.

It is beautiful country and its a shame that the favorite pastime for the locals seem to be littering.  I've not seen so much litter along the roadways since being in Mexico.  I tried to get some pictures but failed turning this way and that trying to keep on the road and avoid potholes.  I really don't understand why they just don't toss their empty beer bottle, soda can, Big Mac wrappers on the floor or in the back seat.  To see some of the homes, they chuck everything out into the yard.  Why not empty your car out in the yard when you get home?  And their run-down homes and beat-up old trailers, I wondered how they survive through the winters?  They are a tough breed.

At the little town of Kermit (no sign of the famous Muppet to be seen)  we crossed a small bridge into Kentucky where West Virginia's steep mountains, narrow valleys (and litter) leaked over for a few miles and then the land opened up as if West Virginia had been a messy bed that was shook out and made up.

Here is a photo of us in a funeral procession we were in for 10 miles or so.  I considered going to the graveside service but they turned left and we right.  I suspect these are a common sight given the poor quality of life the West Virginian has.  You can see a little bit of litter here but being in a town it was kept under control some. 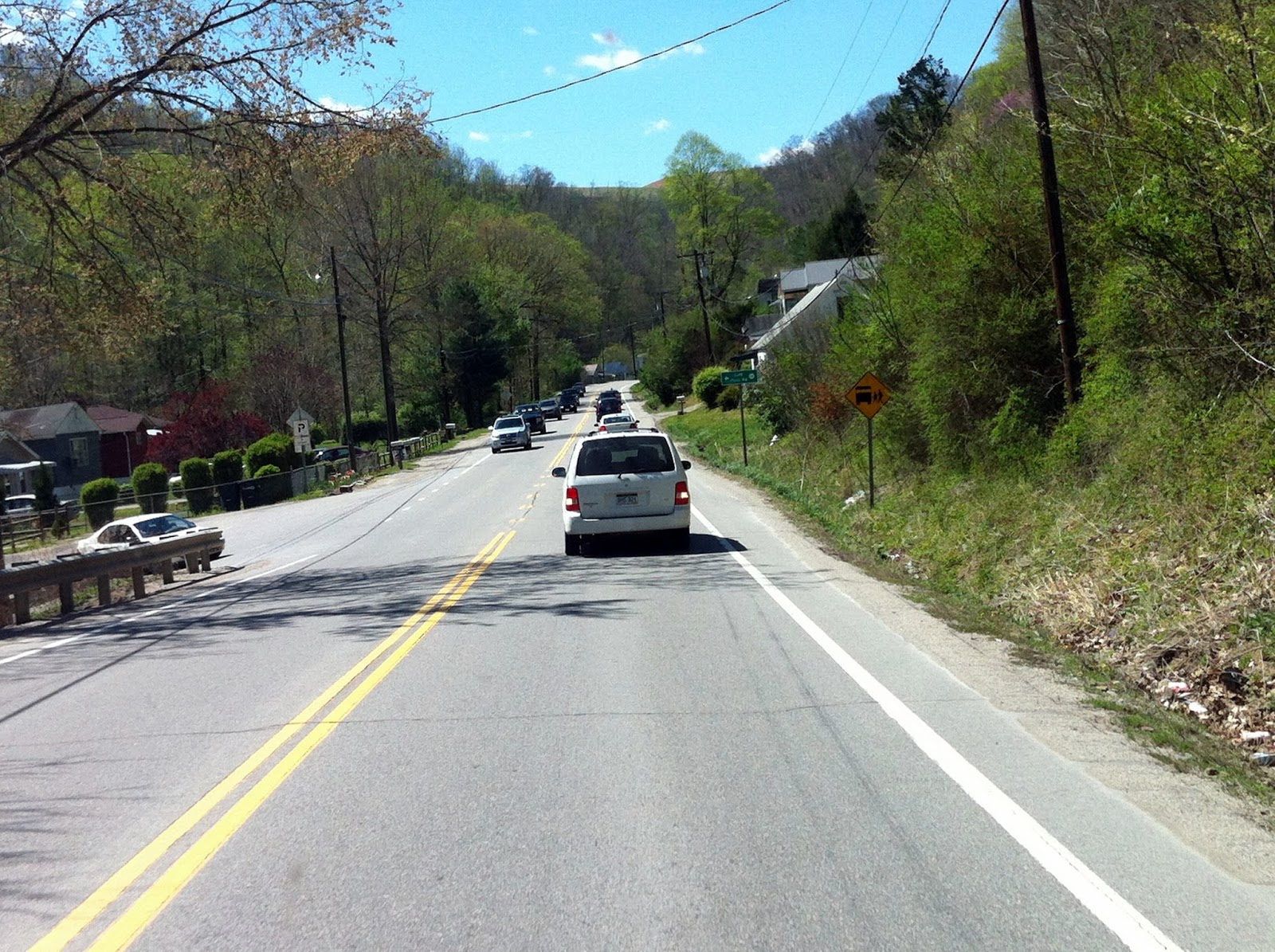 so sorry to hear of the litter and overall poor conditions. have never been...

West Virginia does seem to be as you described.

Remember Emmy Lou Harris singing "The green rollin' hills of West Virginia are the nearest thing to Heaven that I know". Maybe just the hills, eh?

I've never been there, and after reading this, I think I'll avoid it at all costs.
Living in a coal mining town must be depressing, with life and work so precarious.

Yeah, I'm getting the flavor of W. Virginia of your photos. Thanks for the ride.

We are just a hop and a skip from WVA and yes, there is lots of litter. Loved the pictures and the funeral procession story. You were getting down around our neck of the woods. Bud ran a marathon this weekend, and I have just posted the photos. He bettered his time. He had a great time.