When the Colonel, Colonel Sanders that is, perfected his southern fried chicken recipe he had a restaurant in Corbin, Kentucky.  In 1959 Interstate 75 opened which bypassed his chicken shack.  So at the age of 69 he and his wife Claudia moved to Shelbyville where they set up corporate headquarters for their Kentucky Fried Chicken franchises. 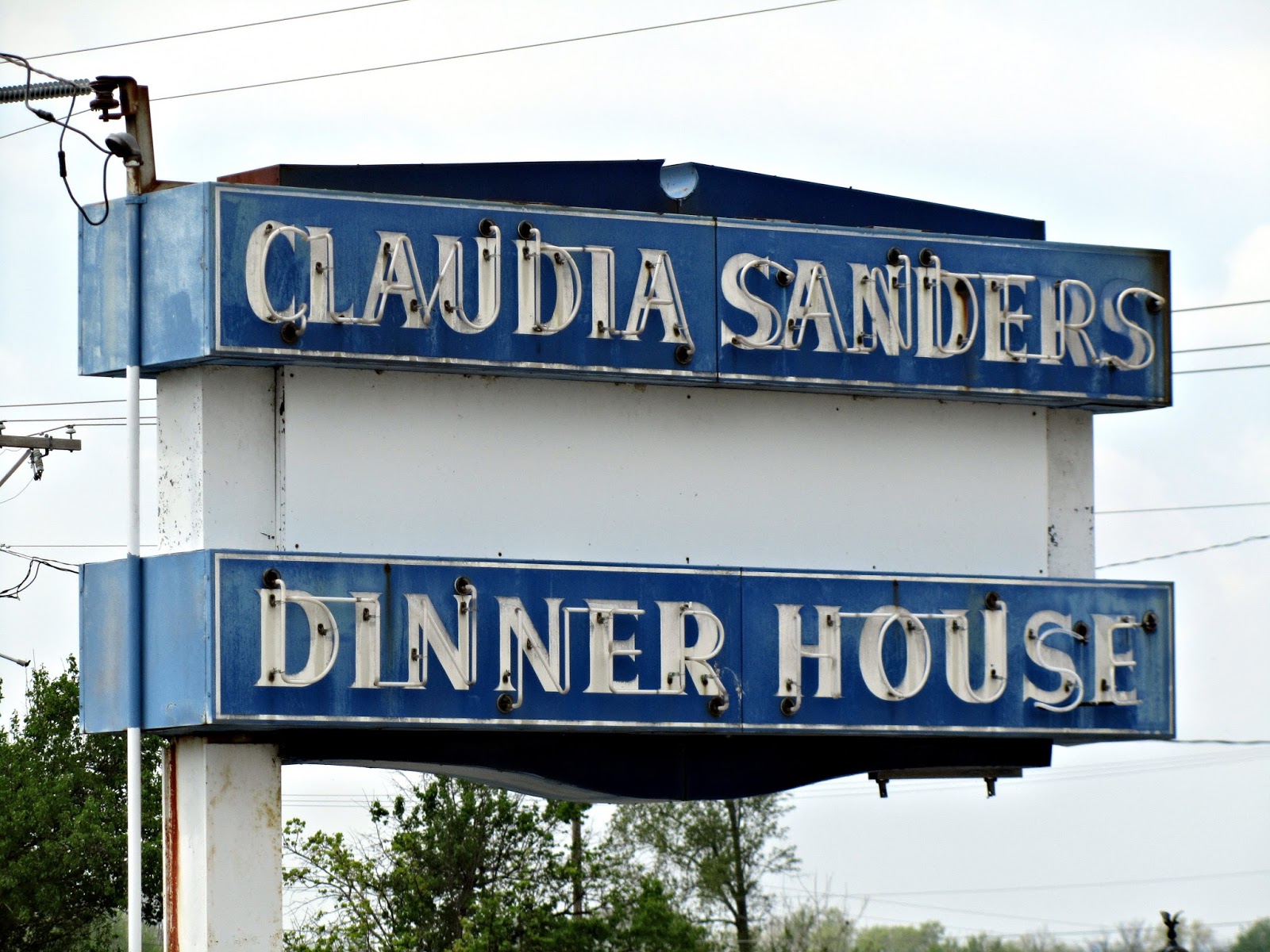 In 1964 the business with over 600 outlets was sold to a group of investors and the couple opened up a restaurant in the old headquarters building 4 years later.  It was called the The Colonel's Lady.  The day after Mother's Day in 1999 The Colonel's Lady burned down.  It was rebuilt and then named Claudia Sanders Dinner House. 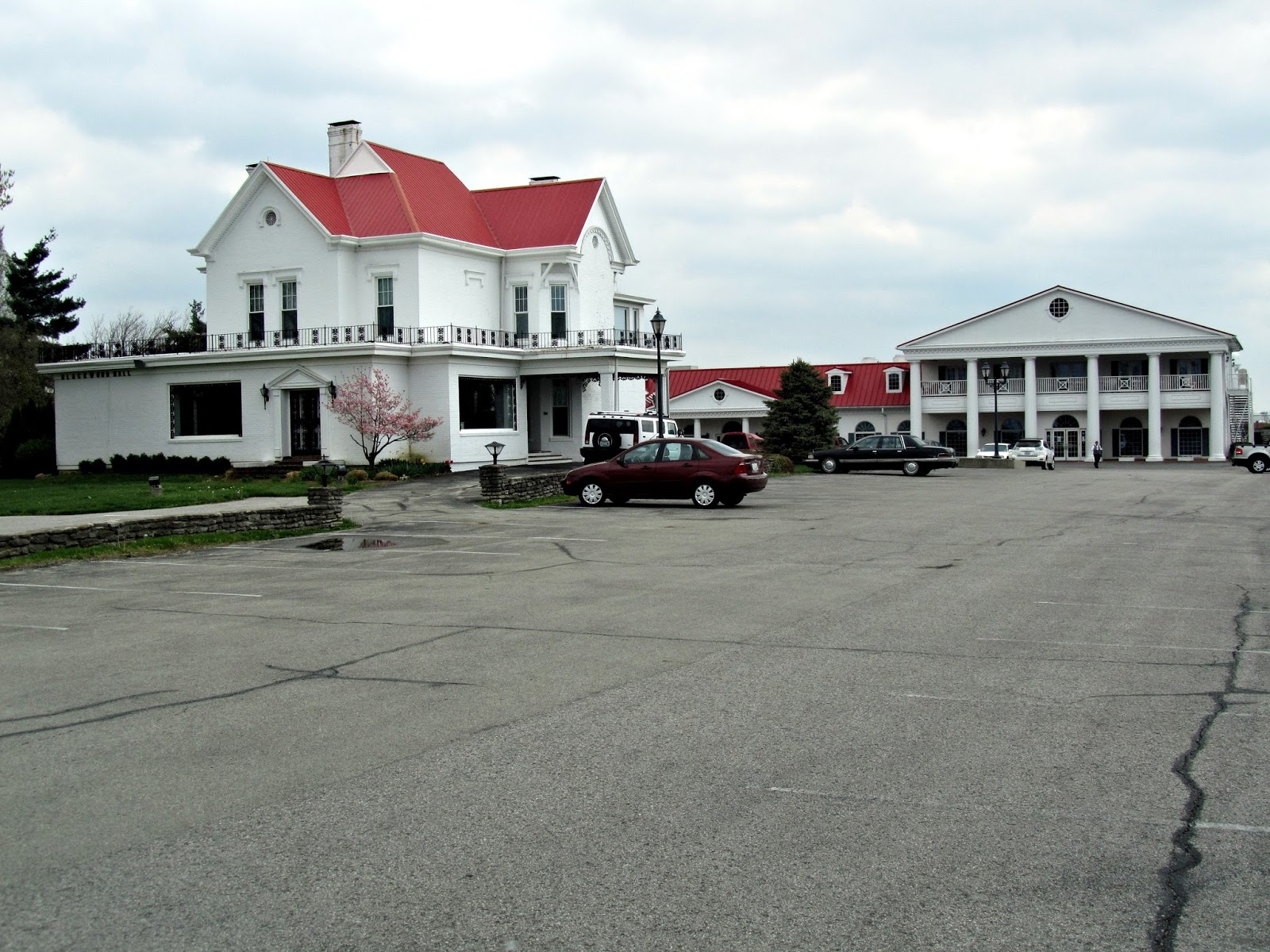 The Colonel and Claudia's home.  The Colonel died in 1980 at the age of 94.  Claudia lived on till 1996 to the age of 90 years old.  There is a lesson there: Eat more fried chicken.  Thankfully neither had to witness the destruction of their restaurant. 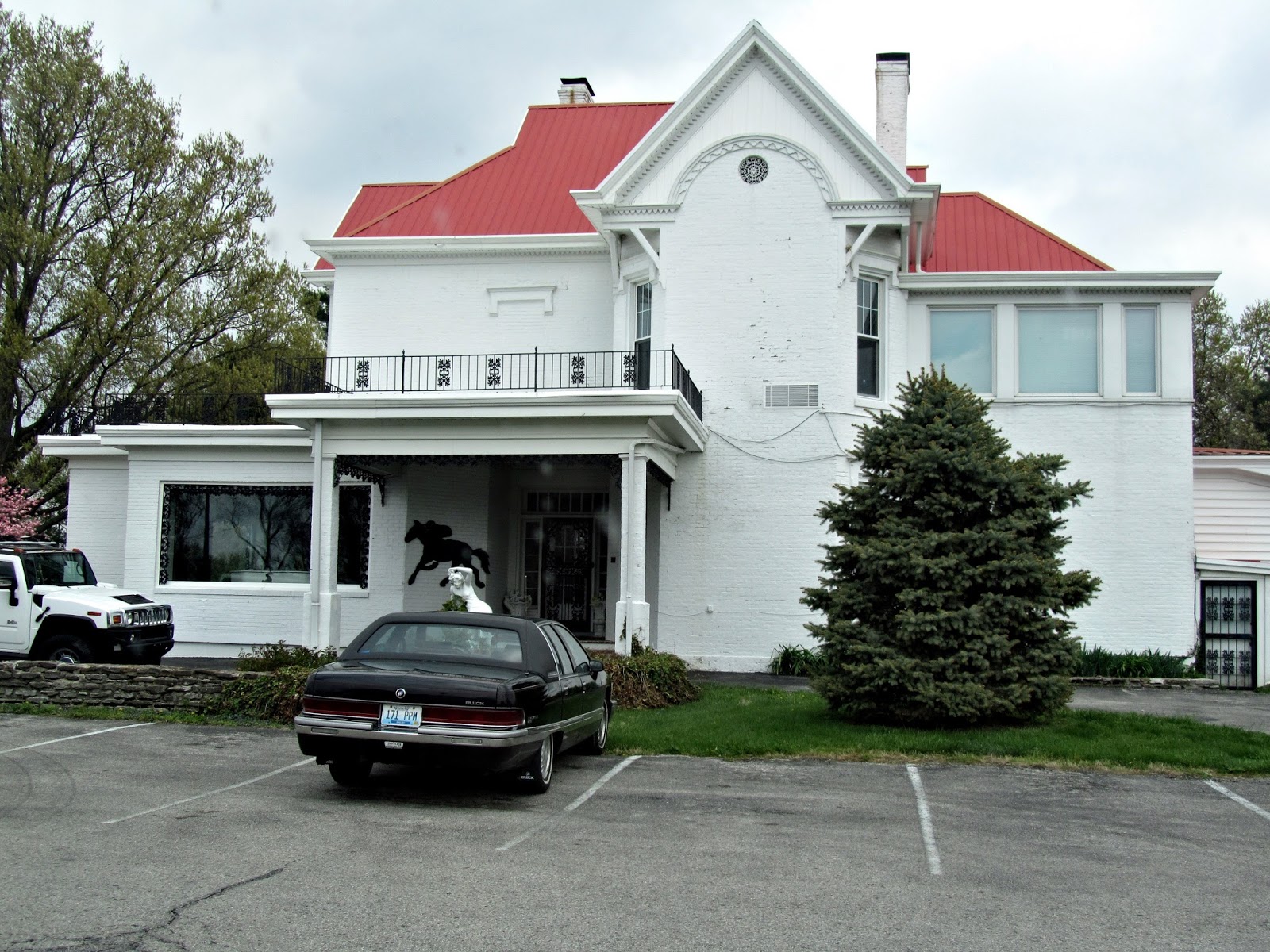 Nothing special about the neighborhood they lived in. 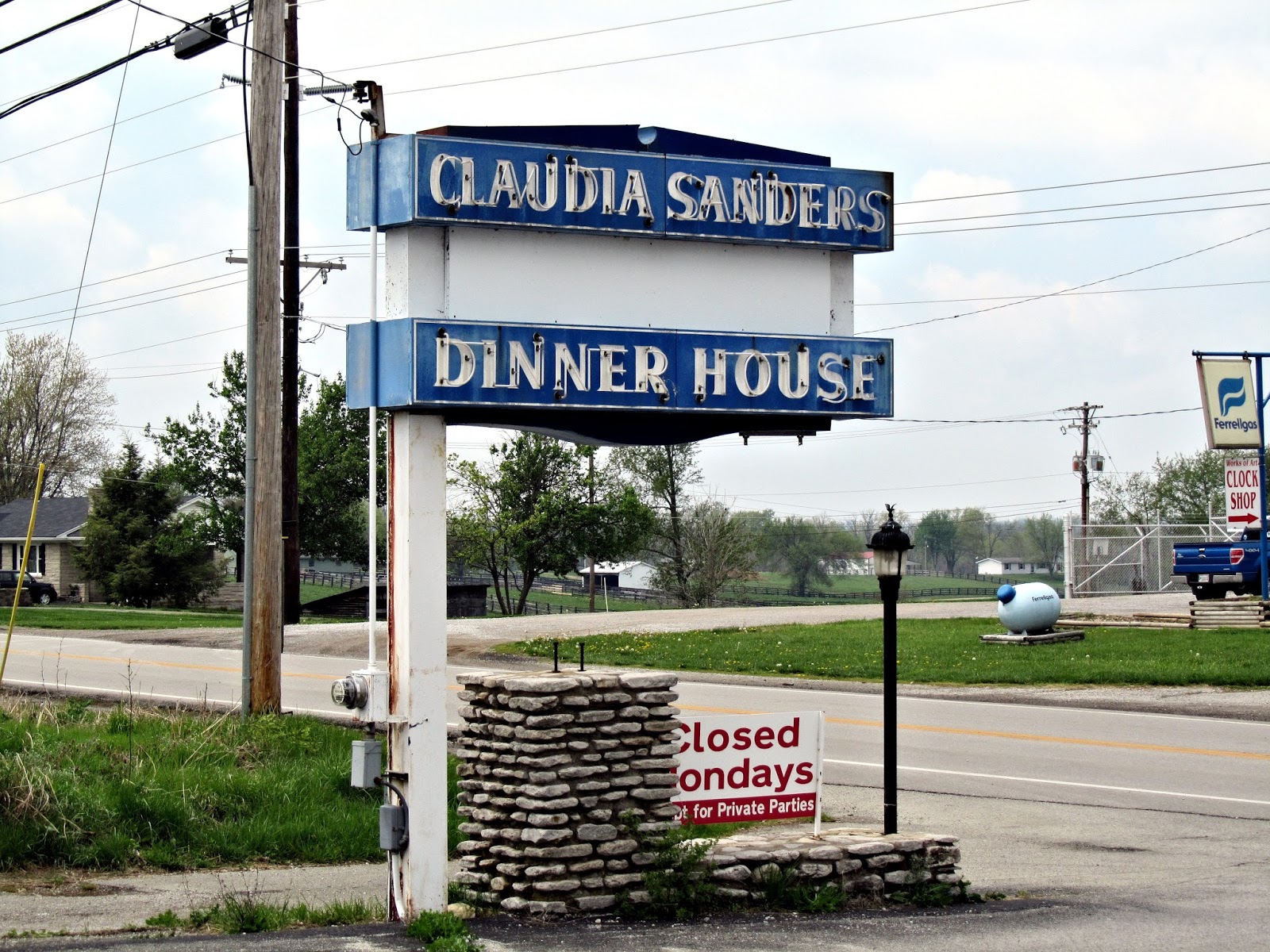 As I was leaving I snapped a shot of their neighbor.  Imagine having to live next door to the smell of southern fried chicken everyday.  Well like I said with the auto thrill show museum of yesterday, you soon get used to any smell and eventually don't notice it anymore, which in this case may not necessarily be a good thing. 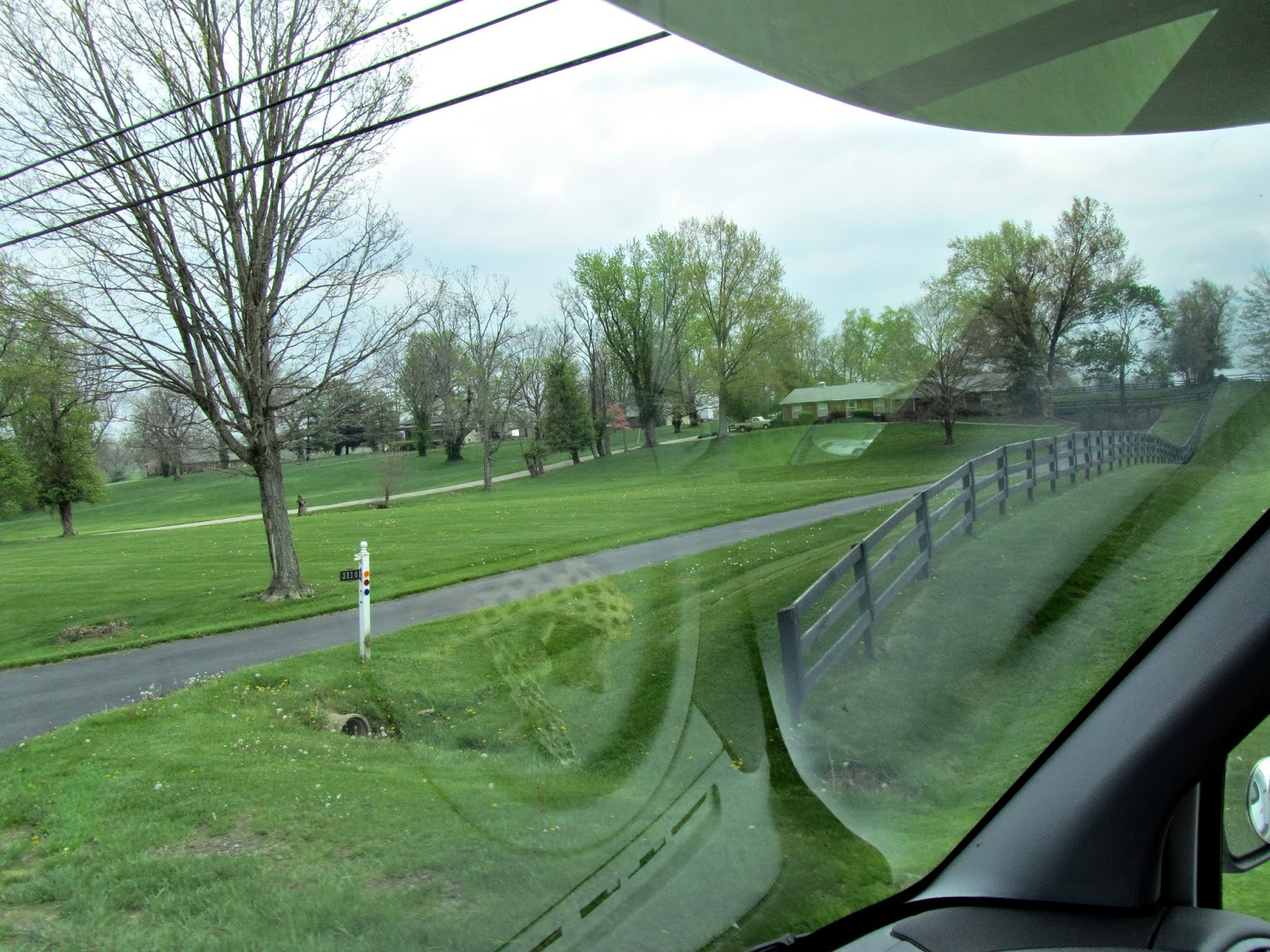