This was once known as the New German Opera House.  The original German Opera House was built in 1881.  It stood elsewhere in the town.  It is a long drawn out tale as to how this new one came to be but it was built in 1913.  More drama ensued over the years including it's close call to be torn down in 1988 to make way for a parking lot.  Imagine that.  But through the effort of concerned citizens, $100,000 was raised, the building purchased and restored (1.3 million) and is now the Donna Reed Performing Arts Center.  If you missed my post about Donna Reed you can see it  here. 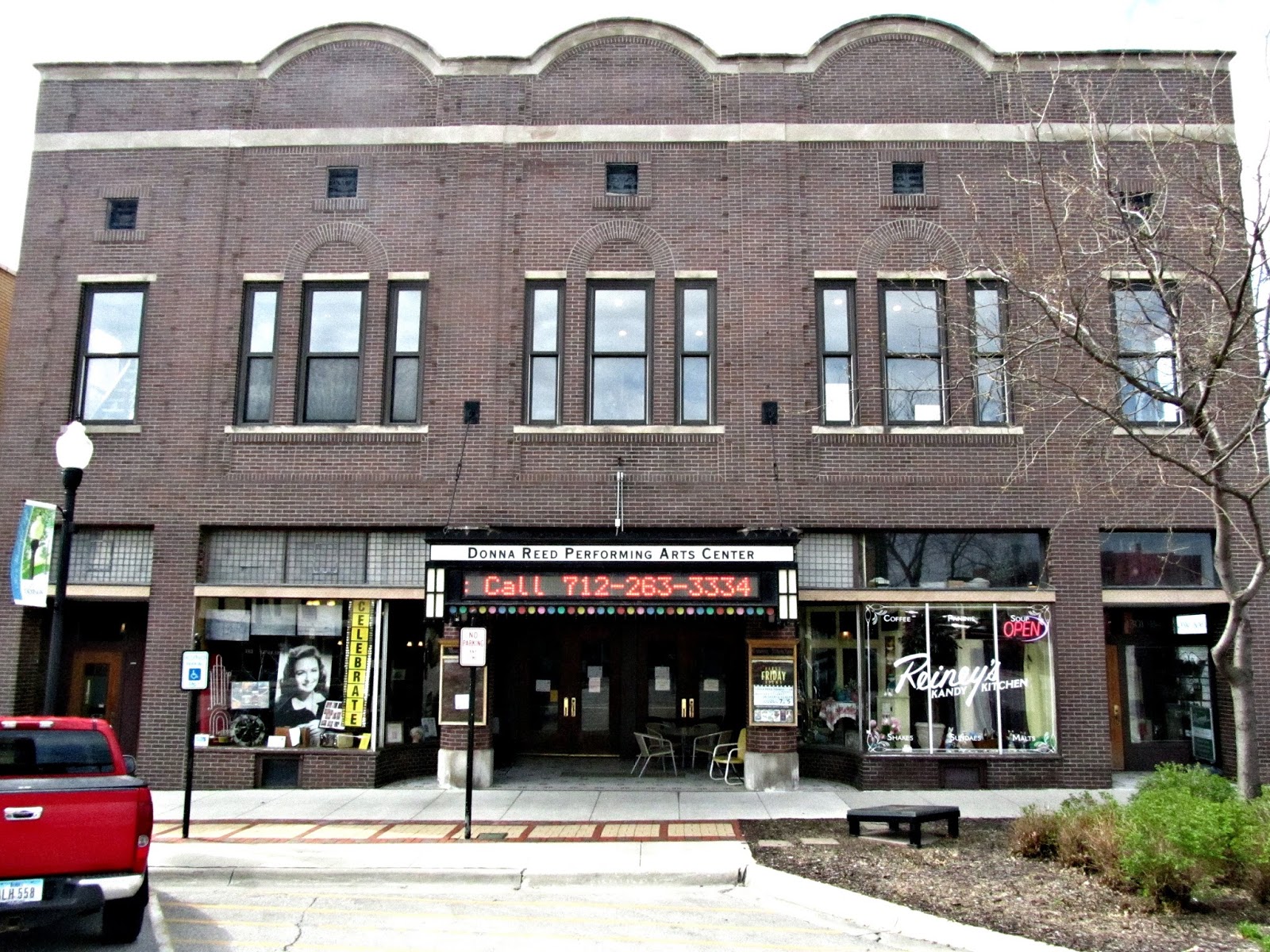 I got a personal tour of the old theater which was way cool.  The lobby is where all the Donna Reed memorabilia is.  The theater seats 274 on the main floor and 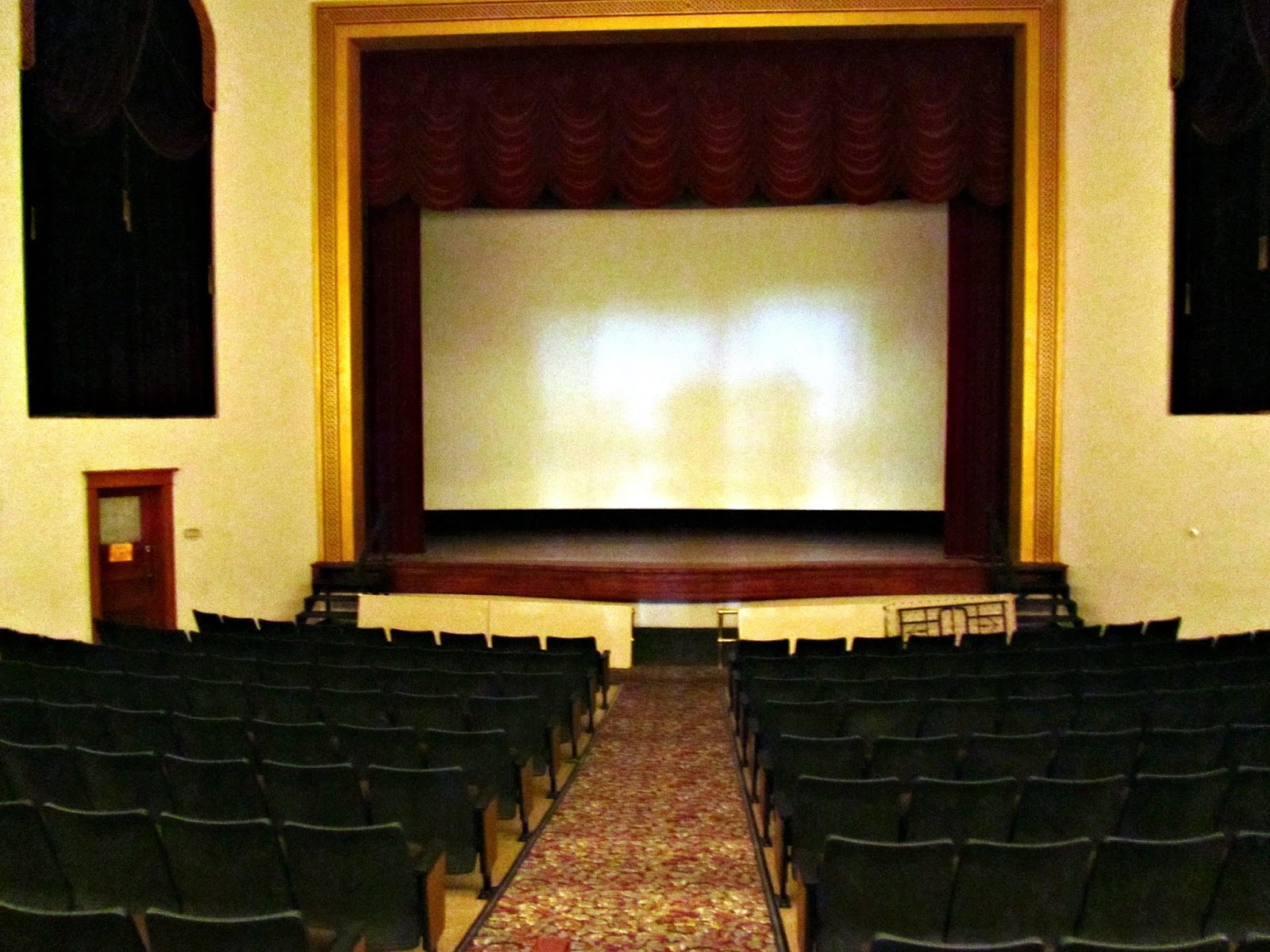 370 in the balcony.  The chandeliers are lowered by winches in the attic to replace light bulbs. 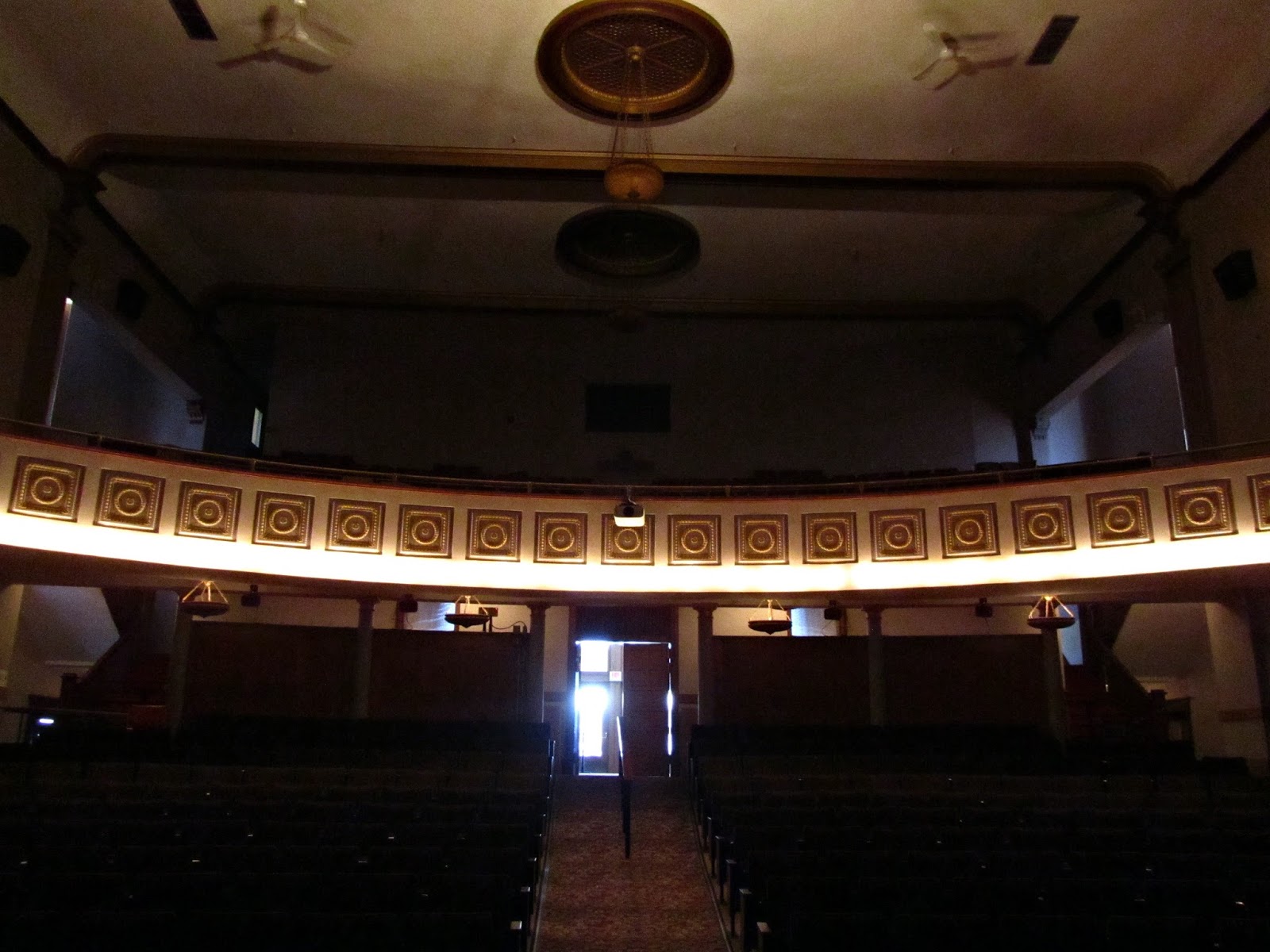 The original projection booth is still used today and is of 1950's vintage.  This old theater has held vaudeville shows, silent movies, talkies, plays and still used for a variety of functions today. 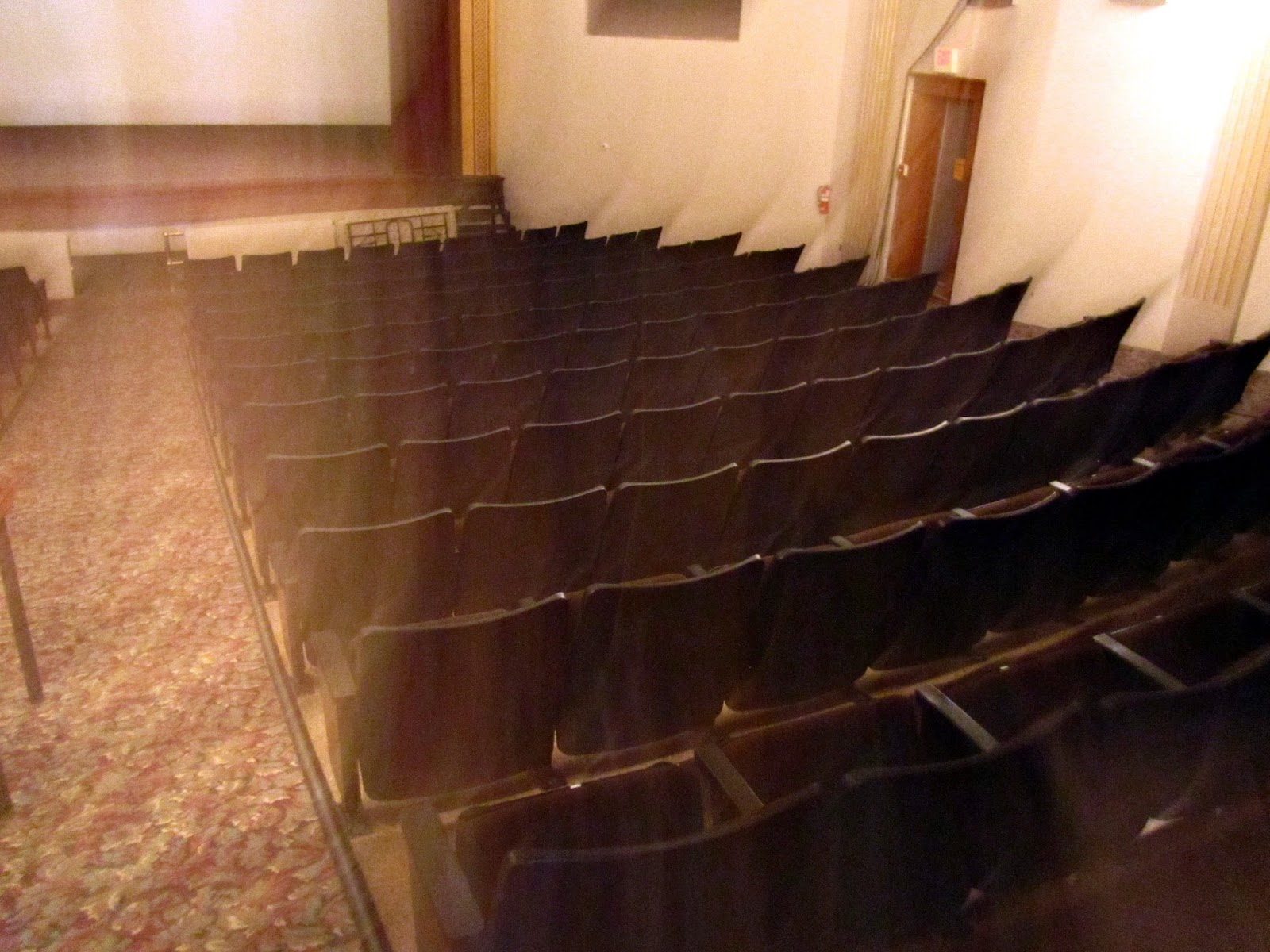 The young lady who took me on the tour only switched on low lighting in the theater.  When we went backstage I could barely see anything although she knew her way around quite well.  She wanted to show me some of the original seating they had stashed away in back which almost got thrown away.  I stumbled into it but didn't get a picture as I couldn't get the flash to work.  She was telling me how they are always trying to raise money to support the Center.  Having just come from  Antique Archaeology (American Pickers) in Le Claire I suggested she give them a call.  I've seen Frank and Mike buy old theater seating before on the TV program.  Her face lit up (not enough for me to see where I was) and said she would do just that.  I wonder what became of my idea.  She also showed me where some famous actor signed his name on the wall and they only discovered it during the restoration.  Now you are wondering who that actor was.  Me too.  It was too dark to read or I would have had a better chance of remembering.  I know it wasn't Donna Reed.

That is nice a tour in the dark with a lady. Maybe they have no money left for electricity.

a neat old place. funny how you couldn't see but she was like a bat in a cave. :)

I'm back and I finally got caught up on your blog. Ihate to miss anything and had a good laugh over you and Donna Reed but I liked the Ky cemetery with the Boones. Th Hell Driver Museum that smelled bad was a treat! How is Sinbad?

CCheers, Jo and the Petz

Would have been a real shame to tear down this old building. A great storyline with a happy ending. I got a laugh or two as well... you're a good writer!

IT's always fun to come here. You're the master of Americana photography. I remember watching The Donna Reed Show when I was knee high to a grasshopper. I've never see From Here to Eternity. I didn't know she was in it. I just might have to watch it now.

Too bad the lighting wasn't that good. This is such a neat place to look around.