The Future is in Casa Grande

The first and only one of these I have ever seen, and in Casa Grande of all places.  Casa Grande is kind of like in the middle of Nowhere Arizona.  Well I suppose most towns in Arizona you could say are in the middle of Nowhere, but a charging station here?  Casa Grande has a population of roughly 49,000 and is kind of midway between Phoenix and Tucson.  Maybe a Tesla car cannot make the distance between Phoenix and Tuscon without a boost charge. 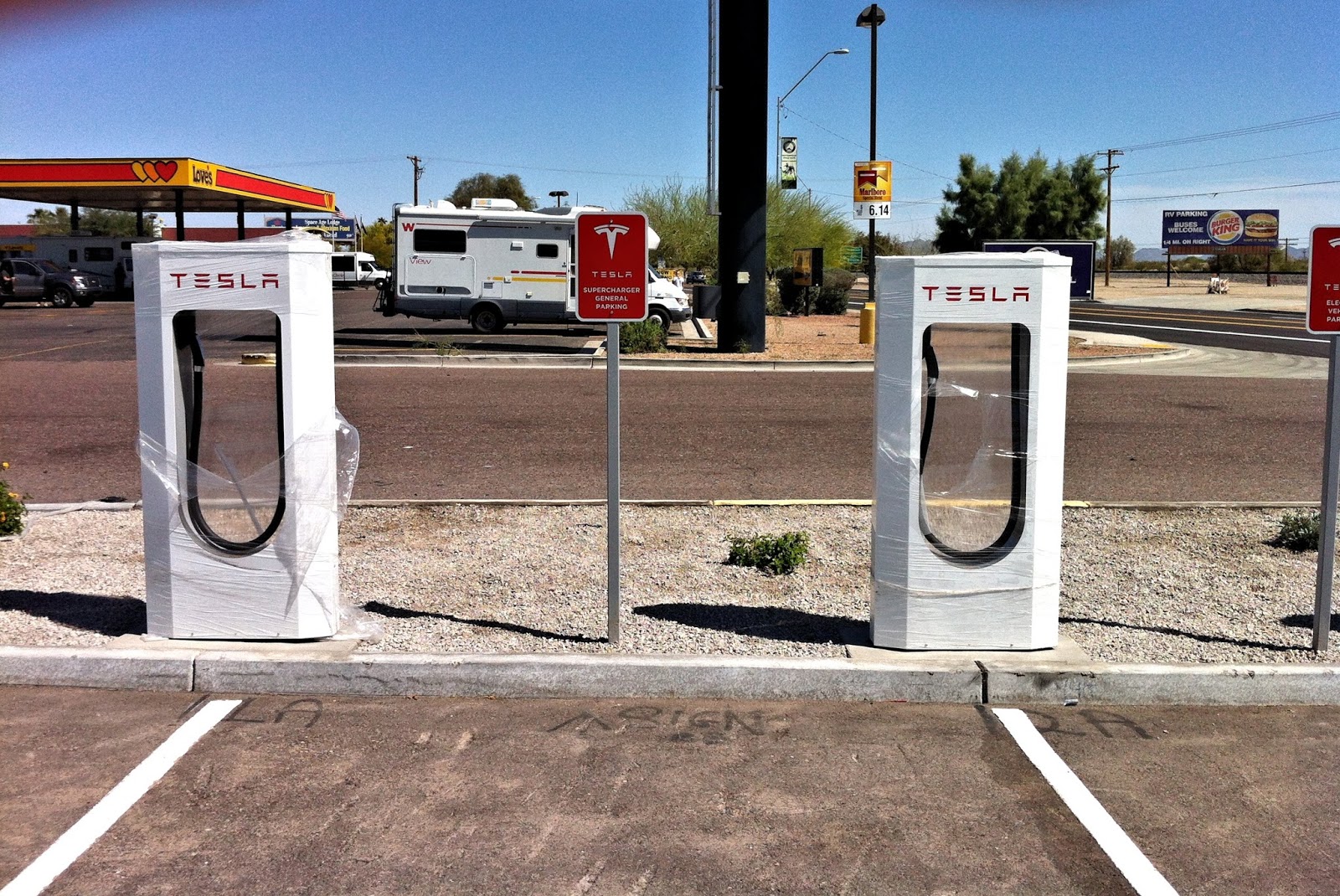 I'll just keep my Little House on the Highway in the background.  I can fill it up and get back on the road while the battery is still charging in the the Tesla.  I wonder how long it takes to fully charge?
And, what does it cost?

interesting sighting John. It's a complicated debate, when we're supposed to be saving power, we're urged to 'go electric'

I've never seen one of these!

wow! how interestingly strange a location!

4 hours for a full charge seems to be the general consensus. Looks like you sign up for a ChargePoint card and they bill you, but am sure most EV owners have their own chargers at home, which normally require a dedicated 220v circuit.

I've been noticing more and more of the charging stations, such as at Marin Civic Center and the Mall in Corte Madera. Google says that at Mollie Stone's the first hour is free, then $2.50 for every 30 minutes thereafter. The cost to travel a mile on electricity is about four cents a mile, versus 40 cents a mile for gasoline.

I really don't think EVs are intended for long range driving--at least, not yet. I've owned a hybrid Prius for 7 years now and have been getting just under 50mpg. Curiously, hybrids get better mileage around town than they do on the freeway.

This is the first for me to see them.

Yes. I think the future is in changing empty batteries for full ones but the industry is not ready for that. A real pitty.

The Nissan Leaf can only do around 150 miles on one charge and the batteries are leased rather than bought.. as they are so expensive to buy. It's early days for electric cars bit I image they have a big future.

They seem to be popping up everywhere.

Interesting picture - given the change point still seem to be wrapped in plastic I wonder if they work at all.

That is hilarious. However, I was in California the other day and saw my first real Tesla parked by the side of the road with a man sitting in it in a residential area in Eureka. I hear they are really a cool car, but you hit the problem on the head.