So after escaping from the Cape Hatteras Lighthouse mayhem, I had high expectations on the next one up the line.  No one will be there...maybe.
Well I was not disappointed.  I had the lighthouse practically all to myself. 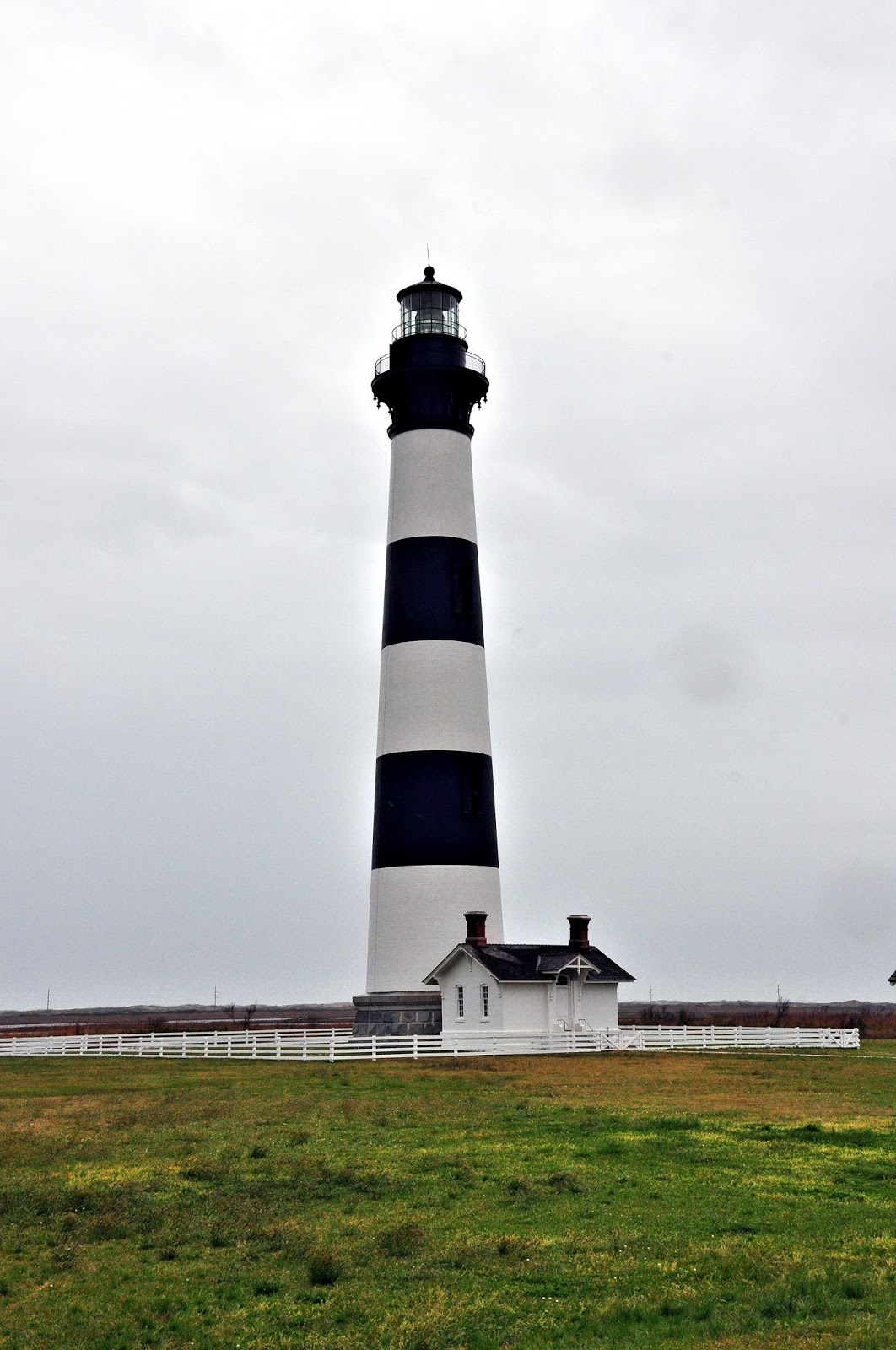 This one too you could climb up (guided by Park staff - well that's no fun) only between the third Friday of April through Columbus Day in October.  As luck would have it, I was there a few days too early for the start of their climbing season. 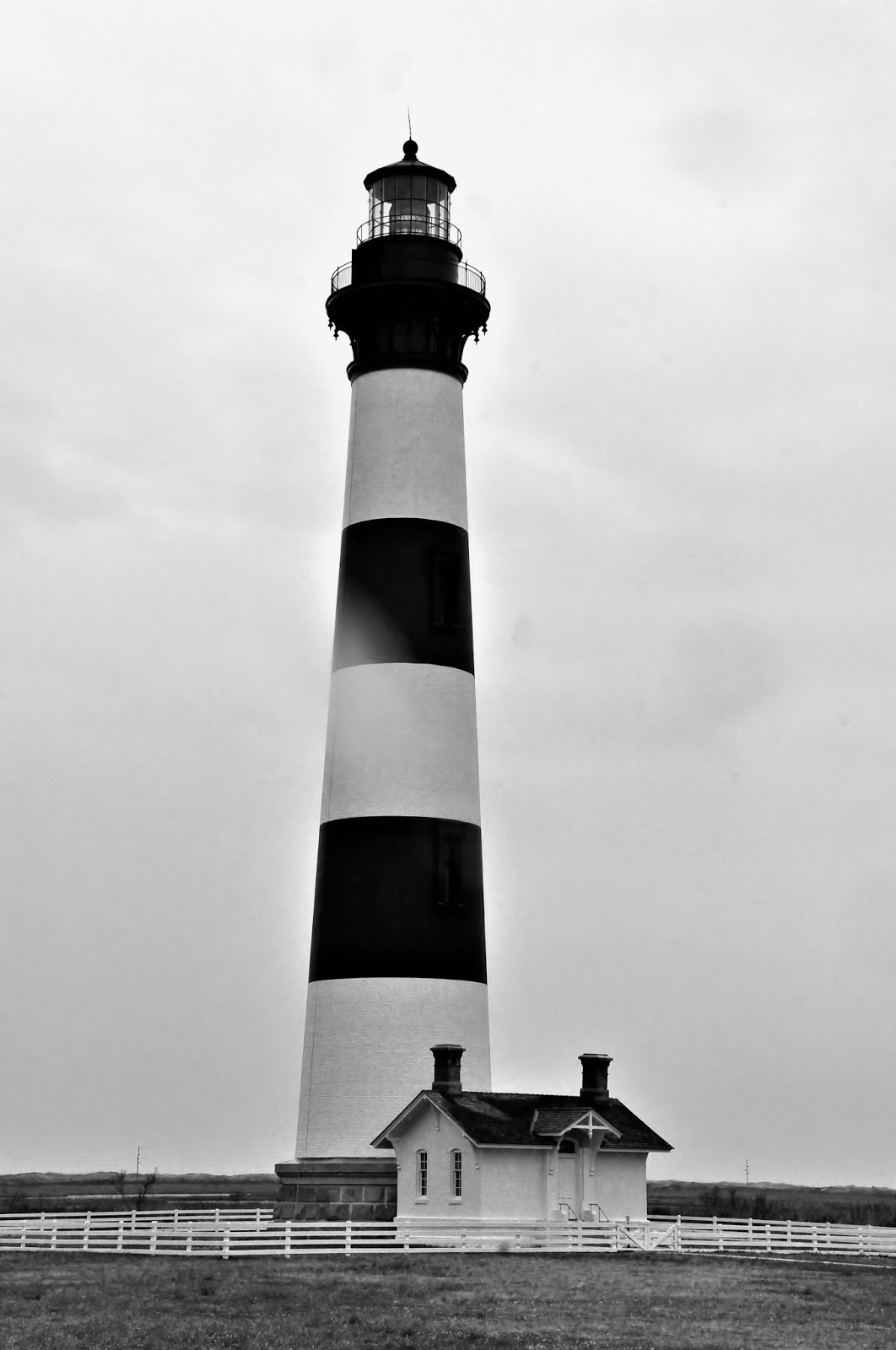 Inside the little visitor center were all these interesting facts to read.  There were also three women, park volunteers, one of whom had the most annoying loud voice which reverberated throughout the small room, and she couldn't keep her mouth shut.  Ya think I could read this while she's yapping away?  I gave up, took pictures of each to read later, and walked back outside into the cold wet
Cape Hatteras weather. 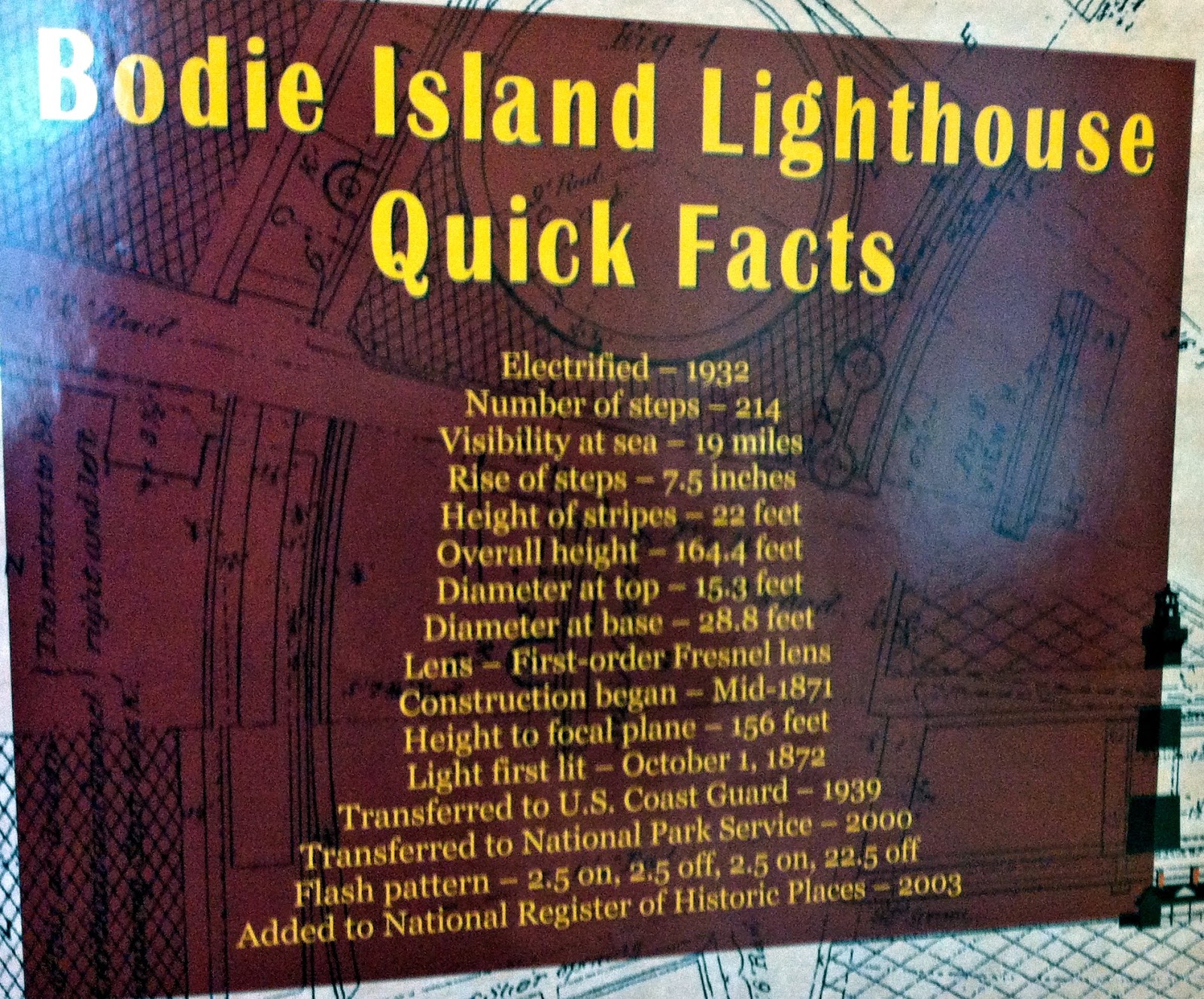 Not a whole lot of drama in the history behind this lighthouse
as there was with the Cape Hatteras lighthouse. 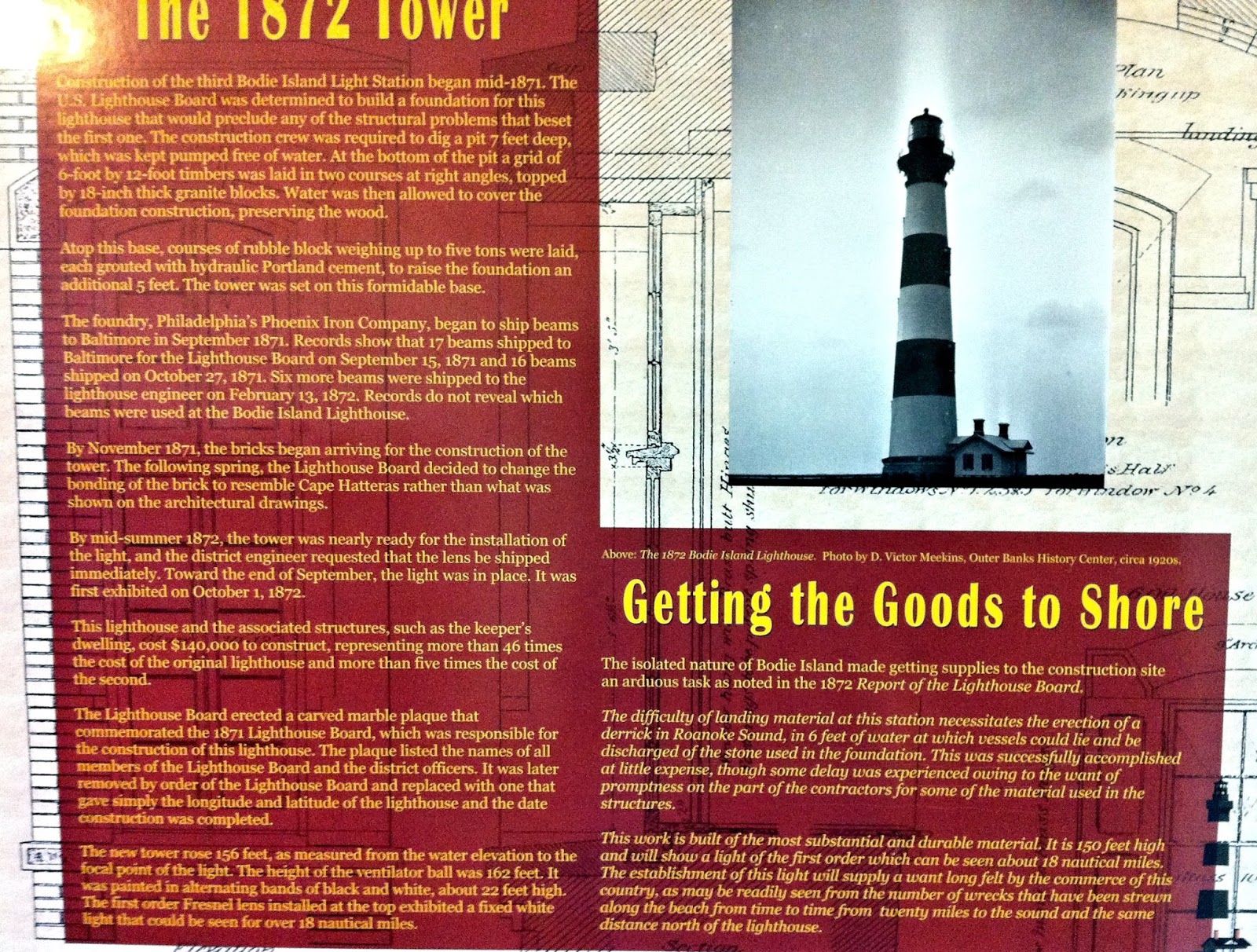 This looks fun but I'd want to do it on my own, without a Park Service guide chaperoning me.
Imagine sliding down that banister! 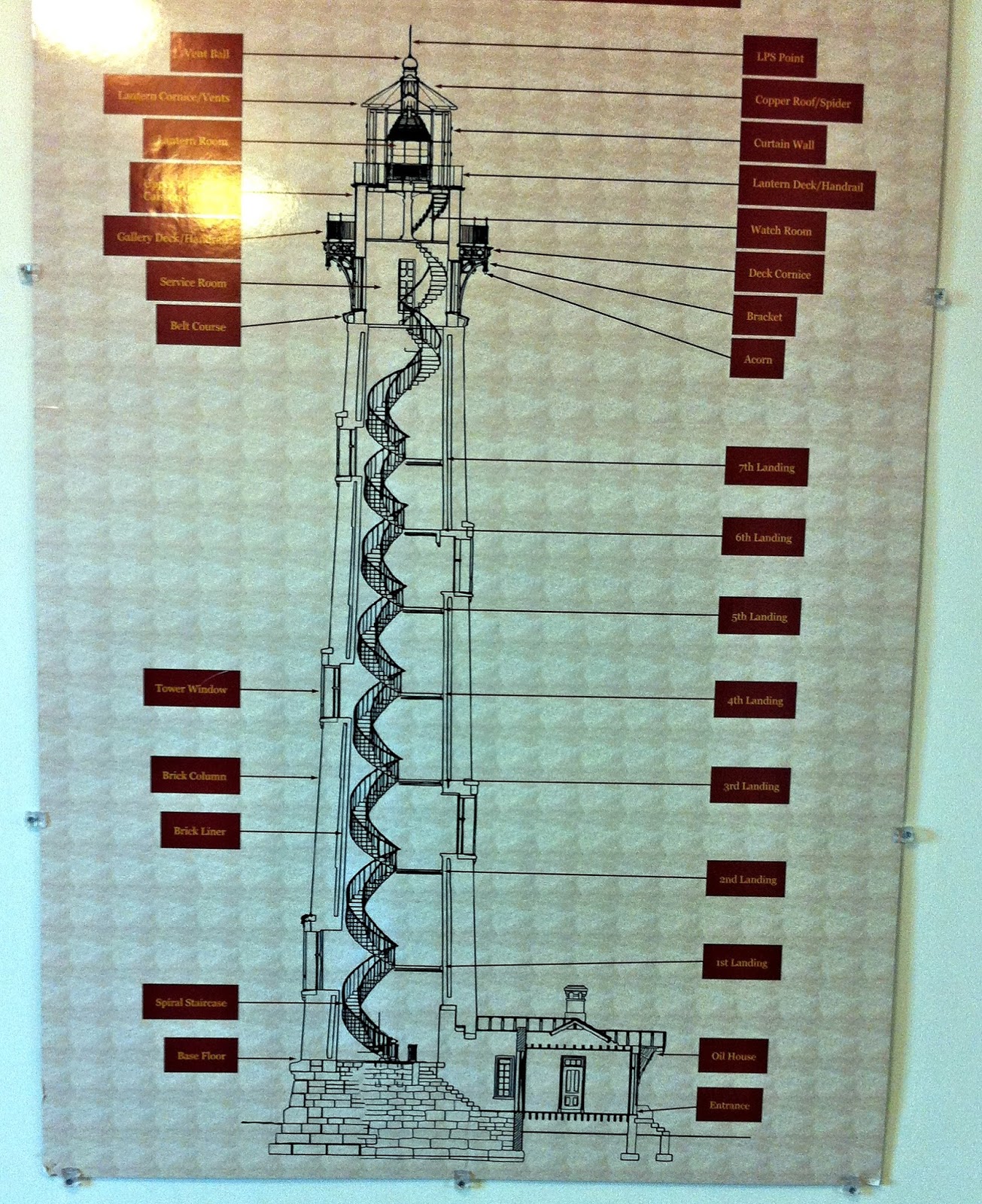 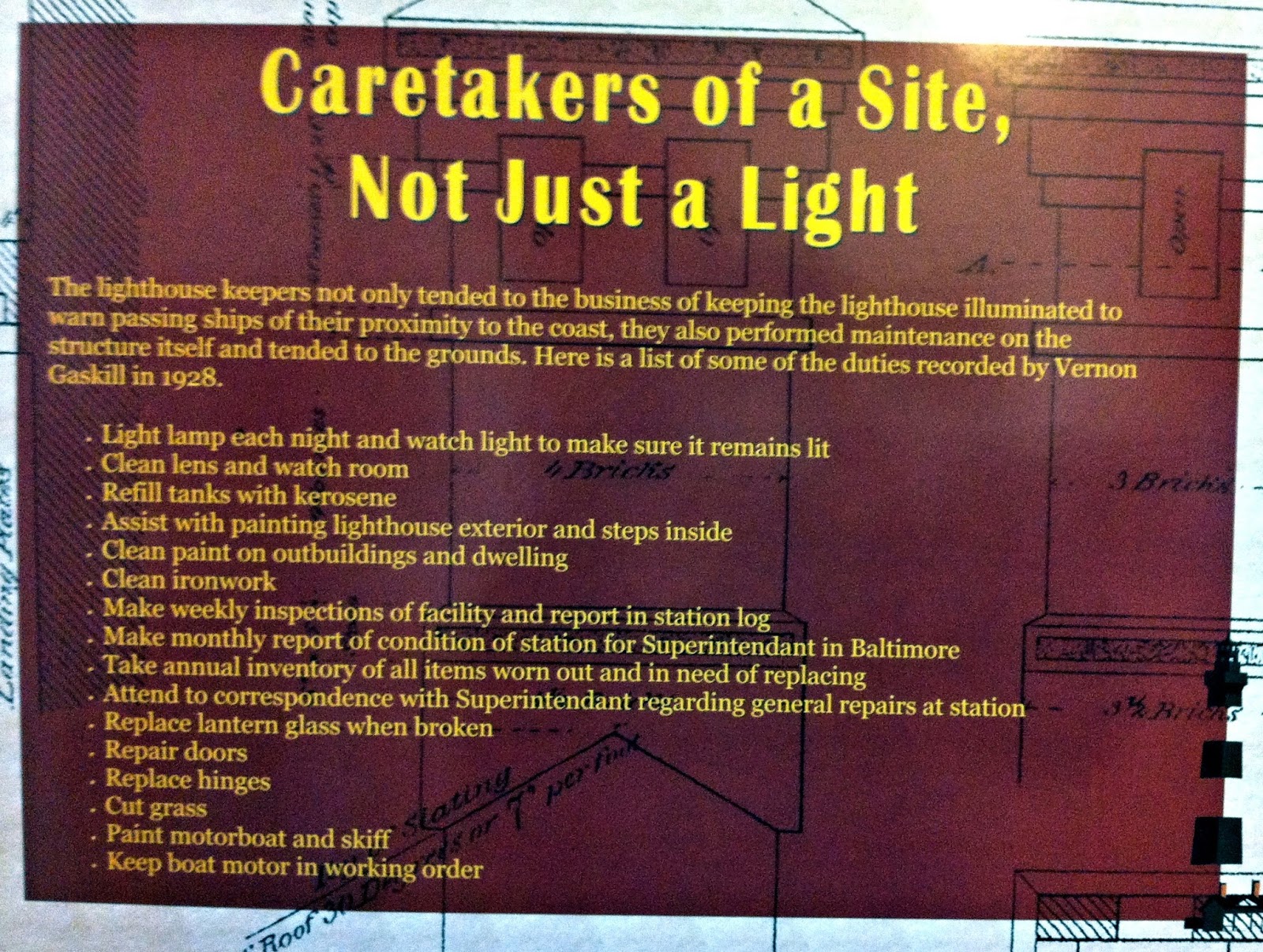 Super cool- Yes, having lived on a boat I know about all that maintenance by the sea!

made me laugh John; I can just imagine; you just wanna get out of there!! You need peace on a holiday! Loved that first photograph!

I have always loved lighthouses, but I've never gotten to see one in real life. This is on my bucket list and I hope to actually do it one day. Your experience with loud mouth sounds very familiar to me. Maybe you can go back and climb it one day.

nice that you had some 'quiet' viewing.

I didn't see mention of them moving it about 20 years ago.

Love your pics of the lighthouse!

It is a beautiful lighthouse...you should sketch it!

I'm amazed with so many people drawn to lighthouses that you had this one to yourself.