The first lighthouse they built in 1803 was too short to be effective so 50 years later they added 60 feet to it making it now 150 feet tall.  But now it was in need of repairs, plus the foundation was so bad that they gave up and built a brand new lighthouse in 1870.  (Sounds like how our government does things today)  The old one was demolished.  A whole bunch of other issues came to be in the following years culminating in 1999 it being moved inland 2900 feet.  At 198 feet it is the tallest brick lighthouse in the United States. 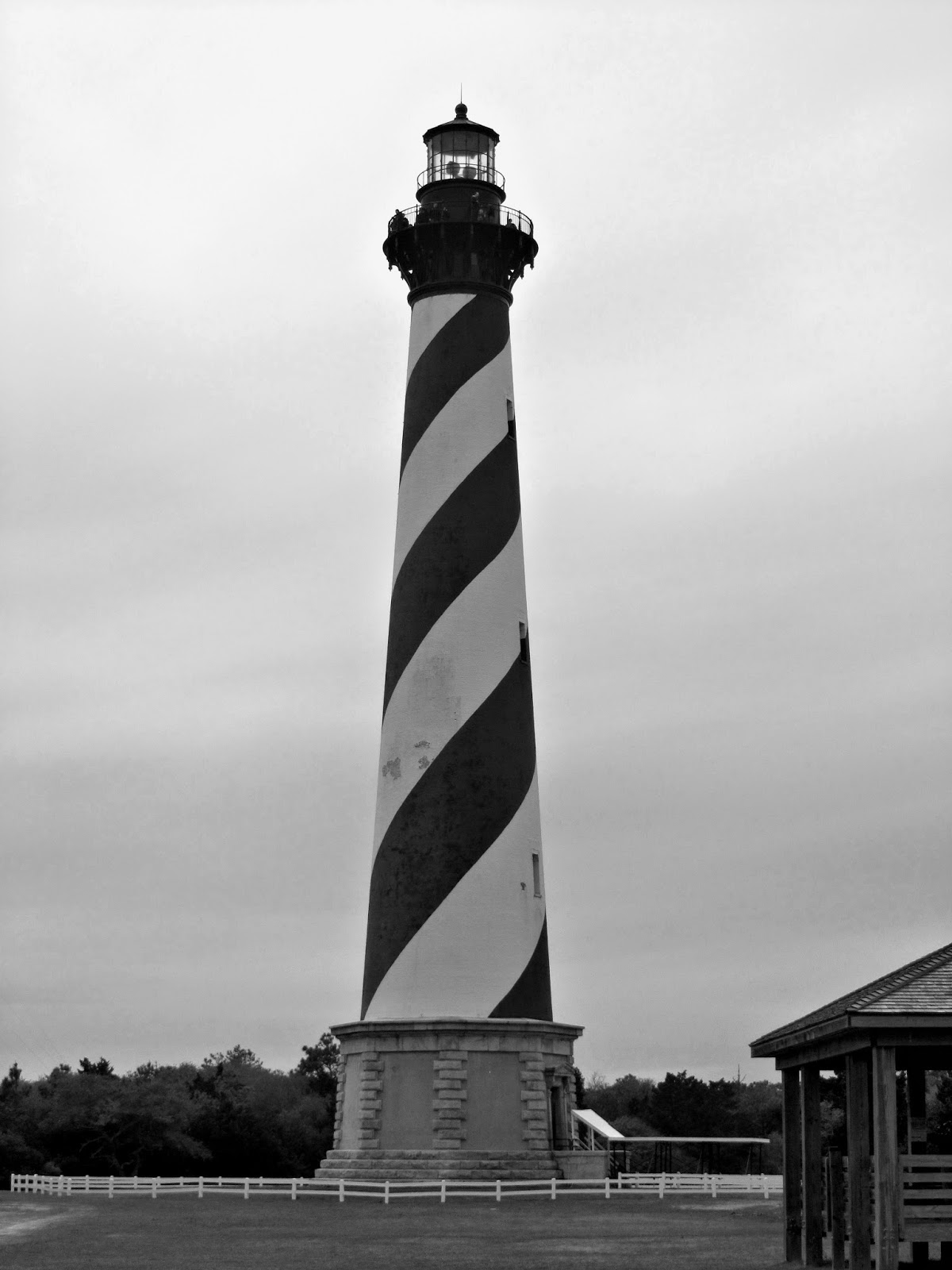 When we arrived on a pretty dismal day the place was like Disneyland.  The mass of people milling around the parking lot and visitor center...it was all I could do to force myself to get out of the Little House on the Highway, but I had come this far and I pressed on.  I worked my way into the gift shop looking for some little token of my having been here so I could stick it up inside the motor home.  I grabbed a bookmark and a postcard, paid the dollar two-ninety eight and got out.  If you wanted to climb the 247 steps to the top you had to buy an $8 admission ticket to do so.  I walked around the side and saw the line to get in and knew what it would be like: "Excuse me. Pardon me, coming through."   The reality of it probably was you just stood there on each and every other step...waiting.  No thanks. 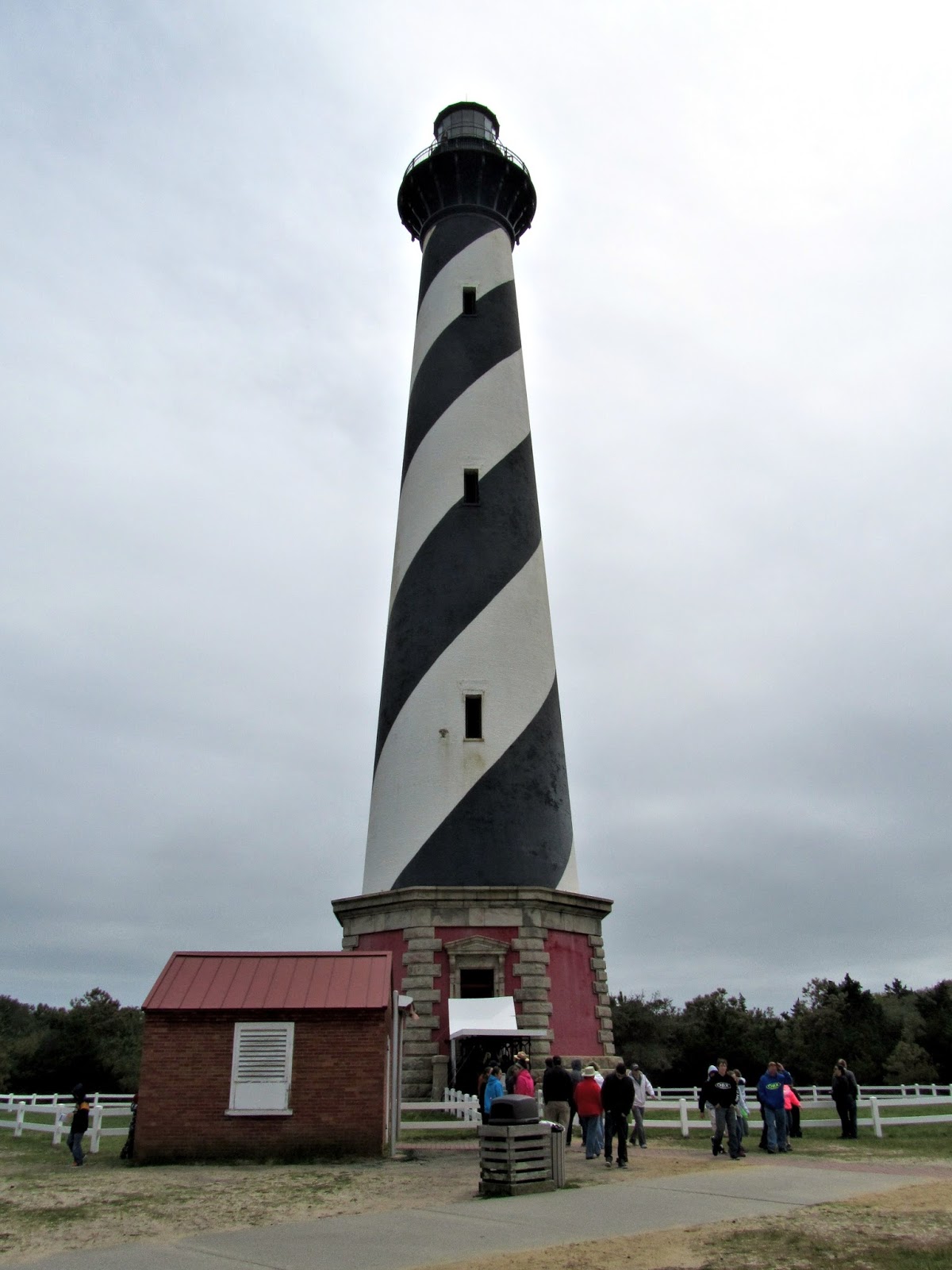 That smudge on the side bothered me.  I wondered what was going on to cause that.
In need of more repairs?  Tear it down and build a new one? 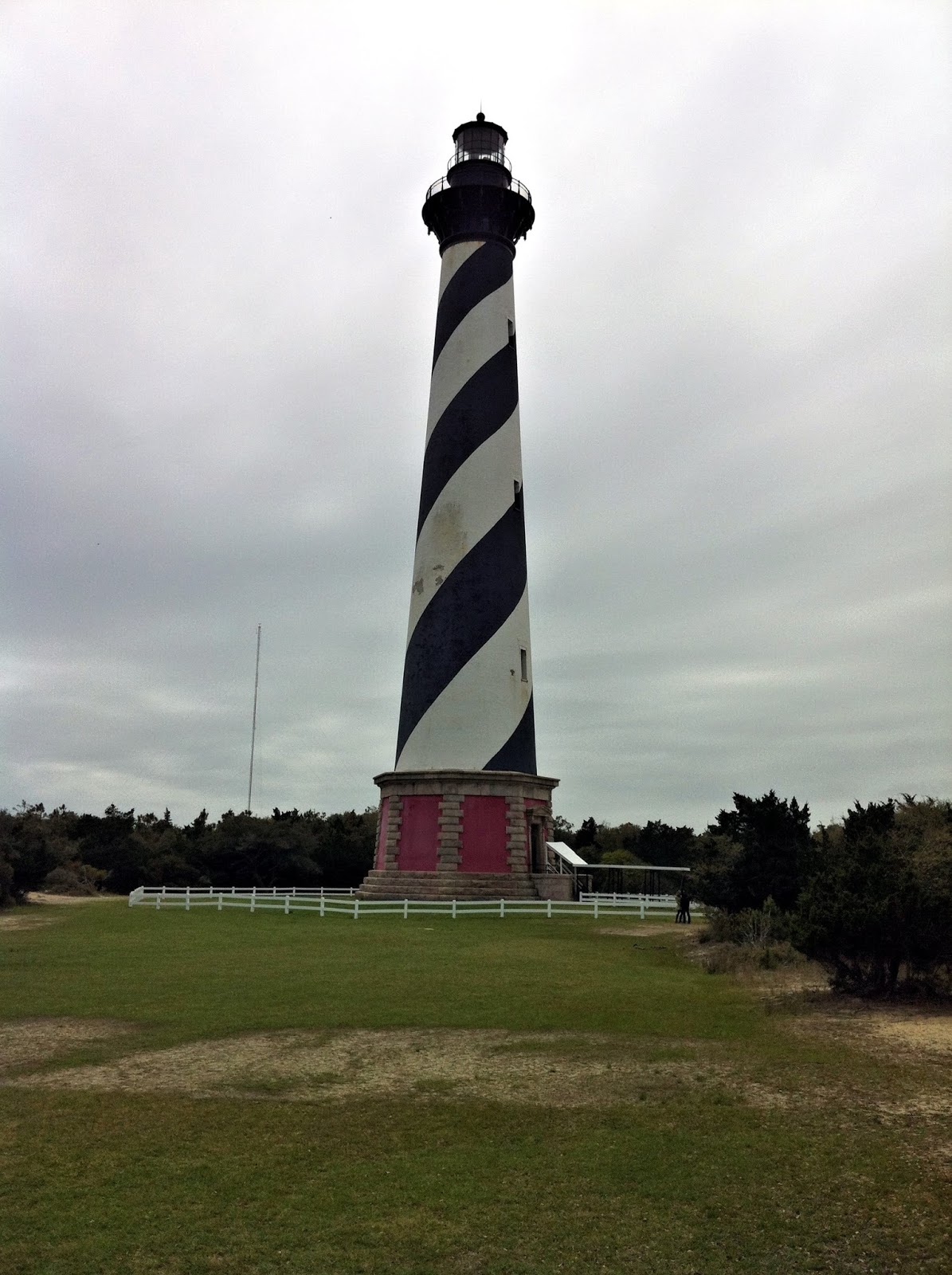 Nice story. The line doesn't look that big to me, but I shouldn't have gone inside myself either. To turn around and around to go up makes me dizzy.

:) the smudge - maybe just the paintwork breaking down? Well with all the patronage maybe that's much needed funding for the new paint job. Interesting story connected to the light-house John

Eight dollars??!! Not for me. For one thing, the visibility doesn't look any good.

it is pretty, even smudged. :)

Ya, I'm pretty sure I would have passed on the crowds too. Nice looking though.

Good call. $8 to push and shove up and down the stairs doesn't sound like fun. I like the looks of that lighthouse.

I think this is the one they moved, not the other one...

I have never been inside a lighthouse...so I might have stayed...

We were there in 1999 and saw it right after they moved it and were sitting it back down. Missed the "Today" show by 1 day, thank heavens.