We were on our way to visit the Stuhr Museum which was on my list of things to see.  (more on it in upcoming posts)  En route we found ourselves on Henry Fonda Memorial Highway.  Well just like with Donna Reed Road in Denison, Iowa (you can see that post here) I wondered if Grand Island was not Henry Fonda's home town.  We finally arrived at the museum which was not anything what I expected. I pulled up to the kiosk and saw they wanted $8 to drive in, a dollar less for this old person.  What I could see far off in the distance wasn't that inviting and I was going to blow off this site.  At least while I am here, I'll ask the young lady about Henry Fonda.  Maybe she can tell me if he was from around here and if his home is still standing.

She told me that yes he was born in Grand Island. When I asked if his home was still around she added "Why yes it is. In fact we have it right here on the grounds."  I told her "Well that's worth the price of admission" and I paid the seven dollar entry fee.  I was soon to learn that those seven dollars got me a whole lot more than I ever imagined.  The Stuhr Museum was a delight to visit and see.
But first, Henry's home. 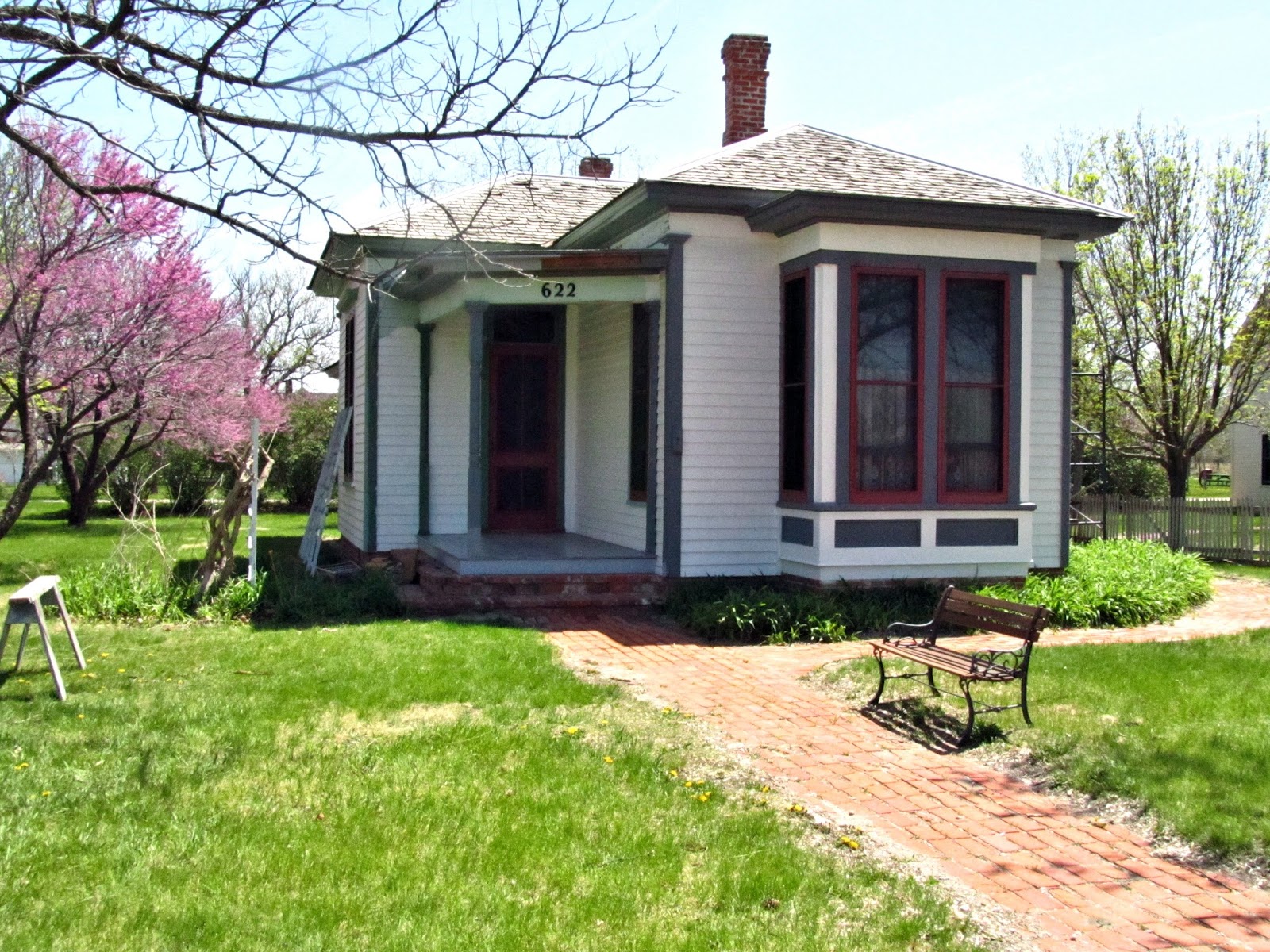 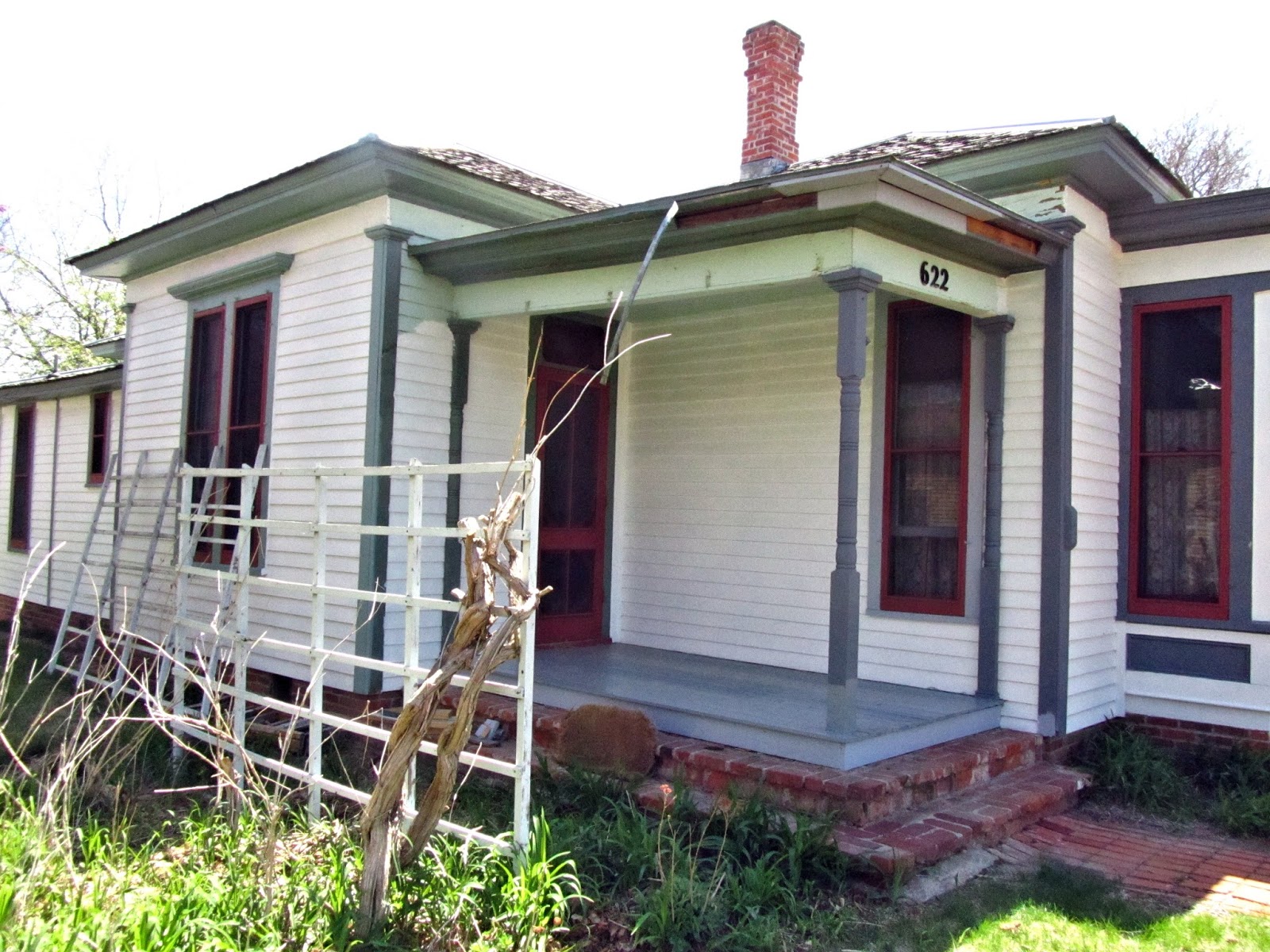 Seven different families lived in the house over the years with many changes being made.
When Henry Fonda learned that the house was scheduled for demolition he provided the funds to have the home relocated to the Sturh Museum property. 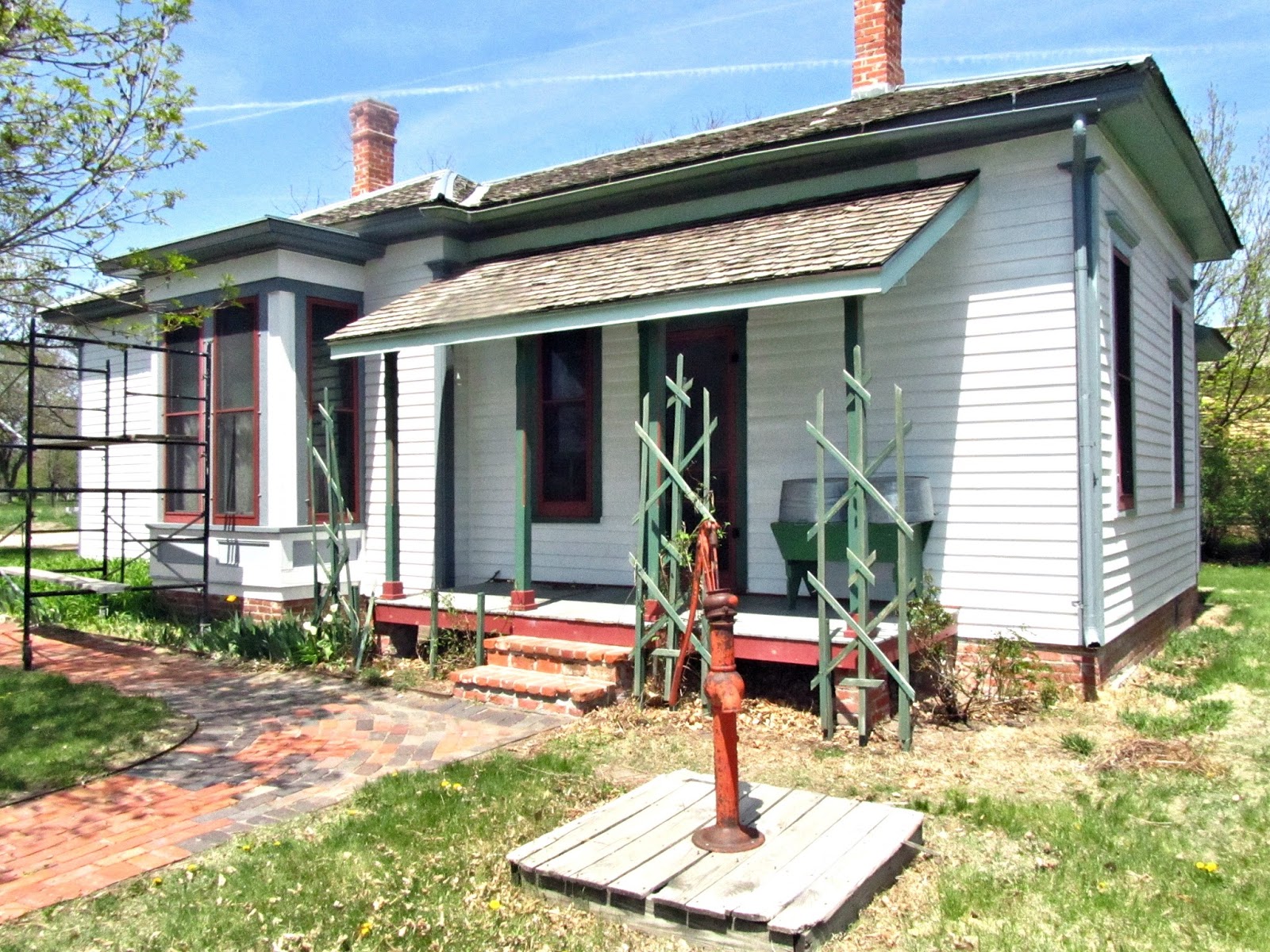 With photographs provided by Henry's sister Harriet, the museum was able to secure period pieces and restore the house to its original appearance at the time the Fondas lived in it. 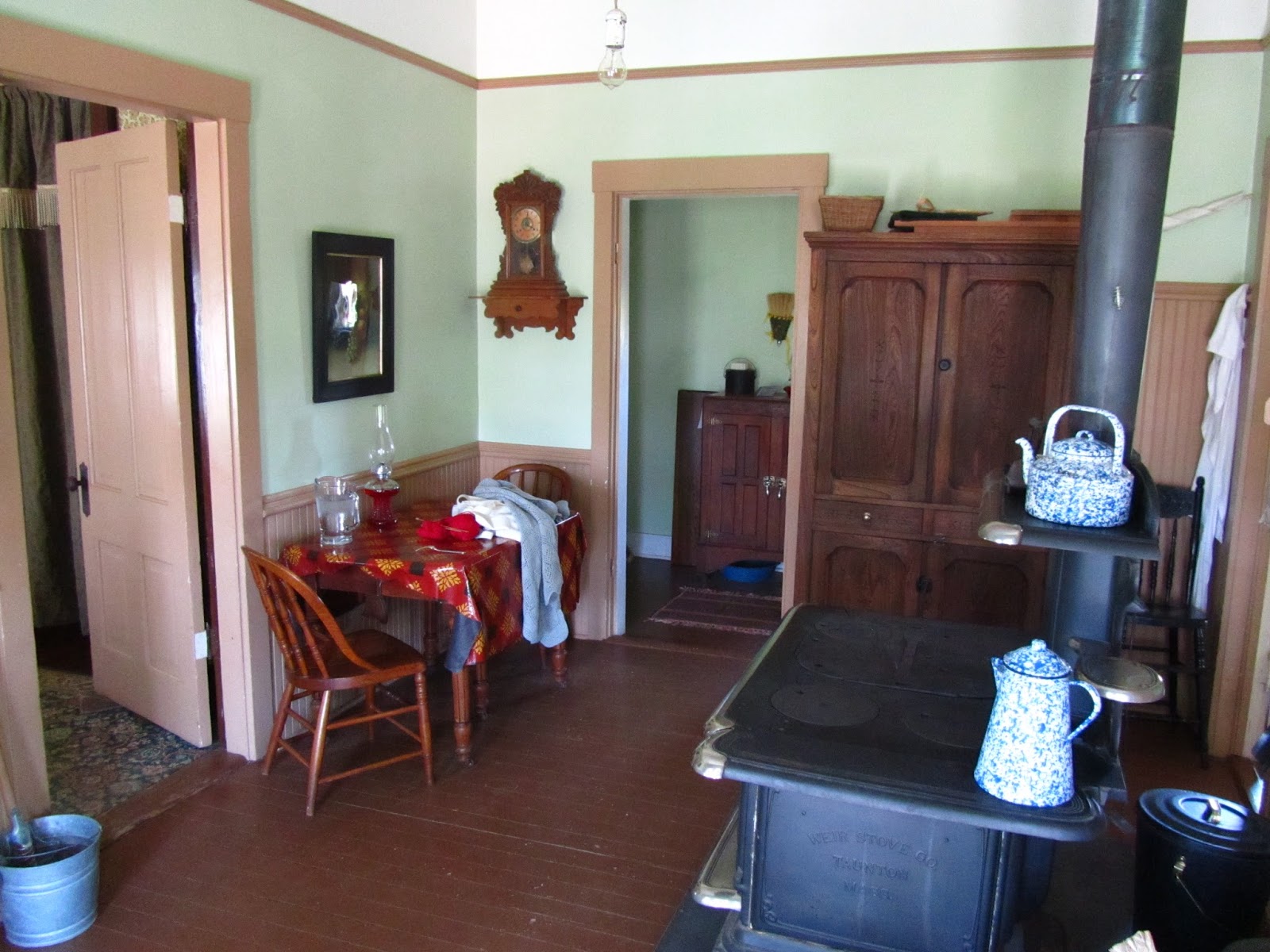 I cannot express how wonderful it was to walk through this house. Not for the fact that Henry Fonda was born in it but for the homey, comfortable and warm feel to it.  The creaky floors added to the ambiance.  It really was a step back into time. 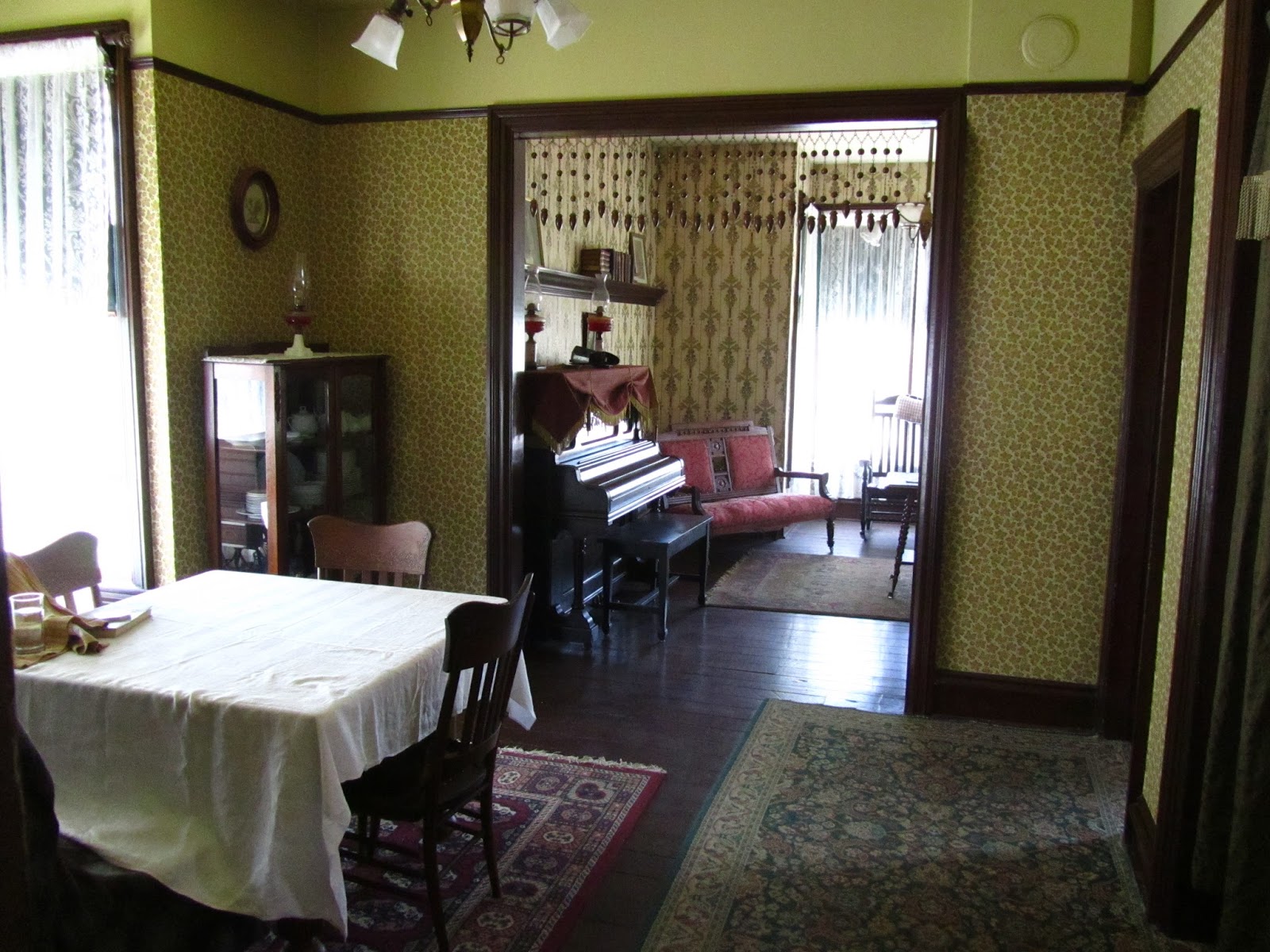 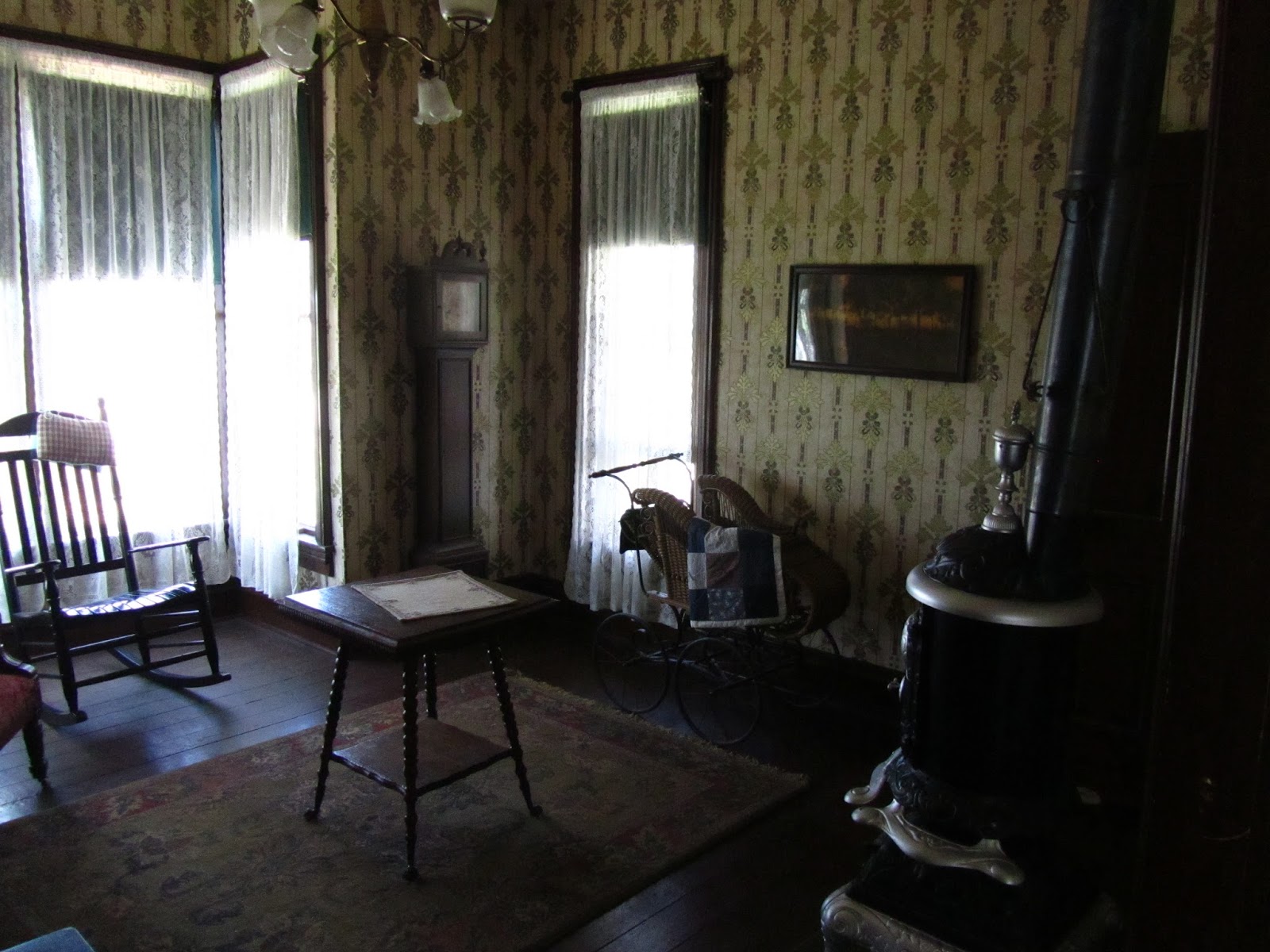 Henry visited the house in 1978 and quietly walked through each of the rooms studying details in the furniture, walls and floors. Then he came to the room where he was born. He stood looking at the brass bed for several minutes with a distant gaze.
Then he said "That's enough" and walked out the door. 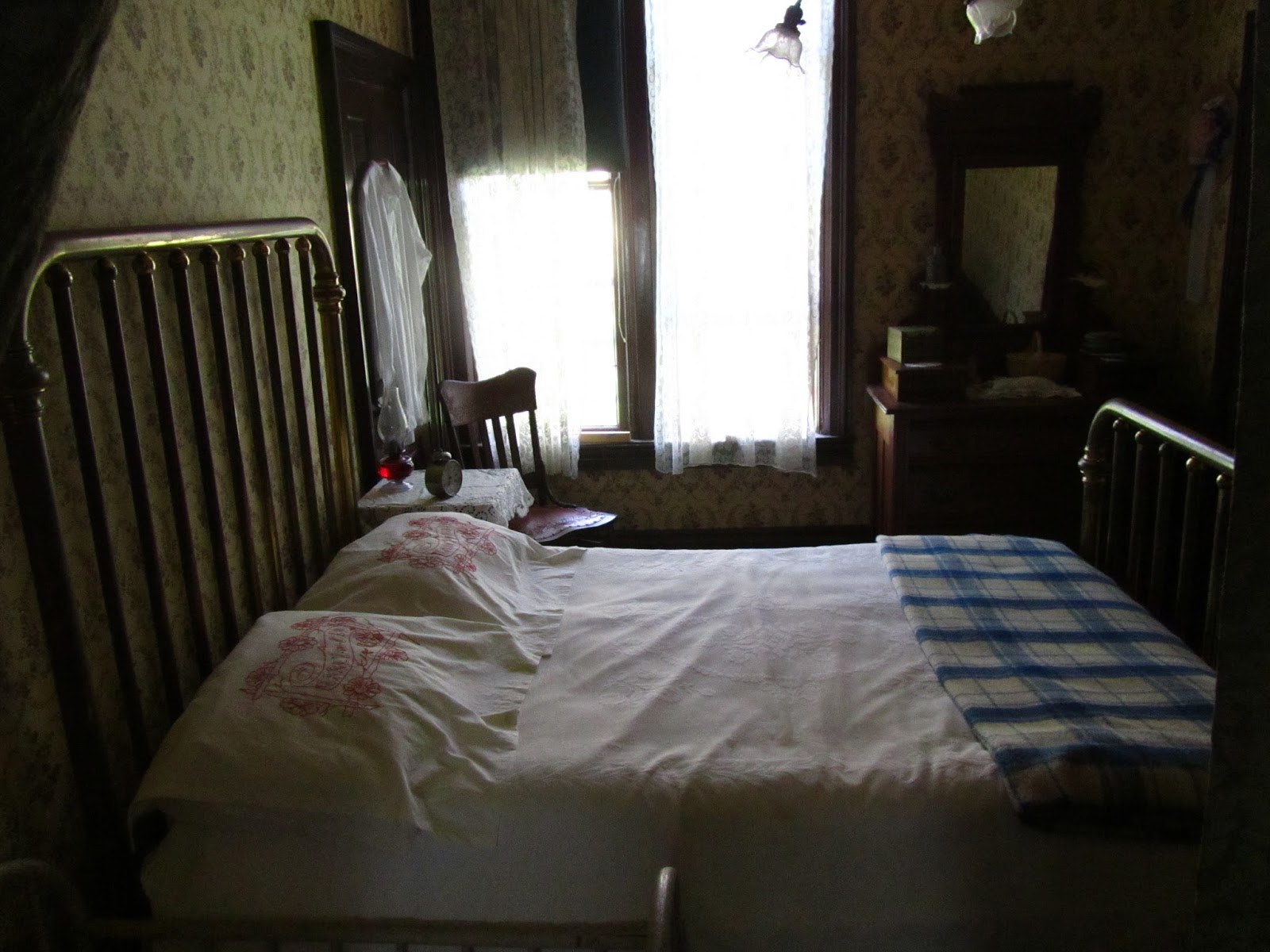 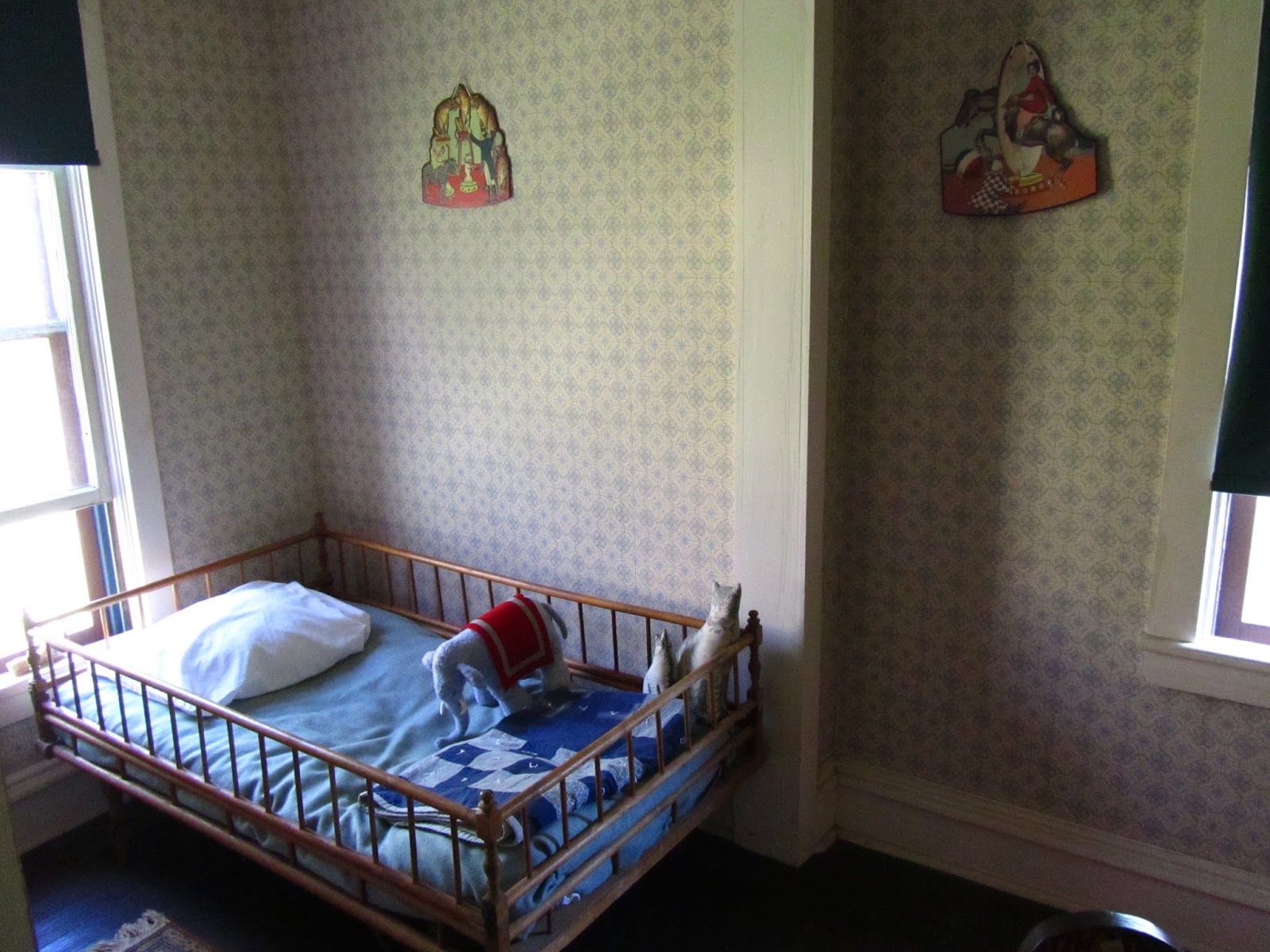 Fonda lived through a lot of changes in his lifetime! I wonder what he was thinking about as he walked around his birth place. Hmmm.

i love that HE saved the house and then visited it, too.

It does look wonderful. Glad you went in!

I really enjoyed this post. I would go there if it were on my way for sure. I think you need to add one to your bucket list: The Clark Gable Museum in Cadiz, Ohio. It is an experience you would probably not soon forget. http://commonplacebeautyphotography.blogspot.com/search?q=clark+gable

That is a wonderful post John.. Many thanks for sharing this.

I haven't commented much, John, but wanted to take a moment to let you know how much I enjoy your postings and photos. I always read your's 1st as it rolls across my feed. I've learned so much from your travels and the comments of your followers. Thanks for sharing with us.

A great step back in time. I too wonder what was going through his mind... happy memories?

Loved this tour! I love the feel of the house from your pics!