This small cemetery was right in the middle of a residential area.  I had it on my list of things to see and only discovered by chance while I was searching for the town's water tower that was supposedly painted to look like a UFO.  It doesn't anymore, unless there is more than one water tower in Ogallala. 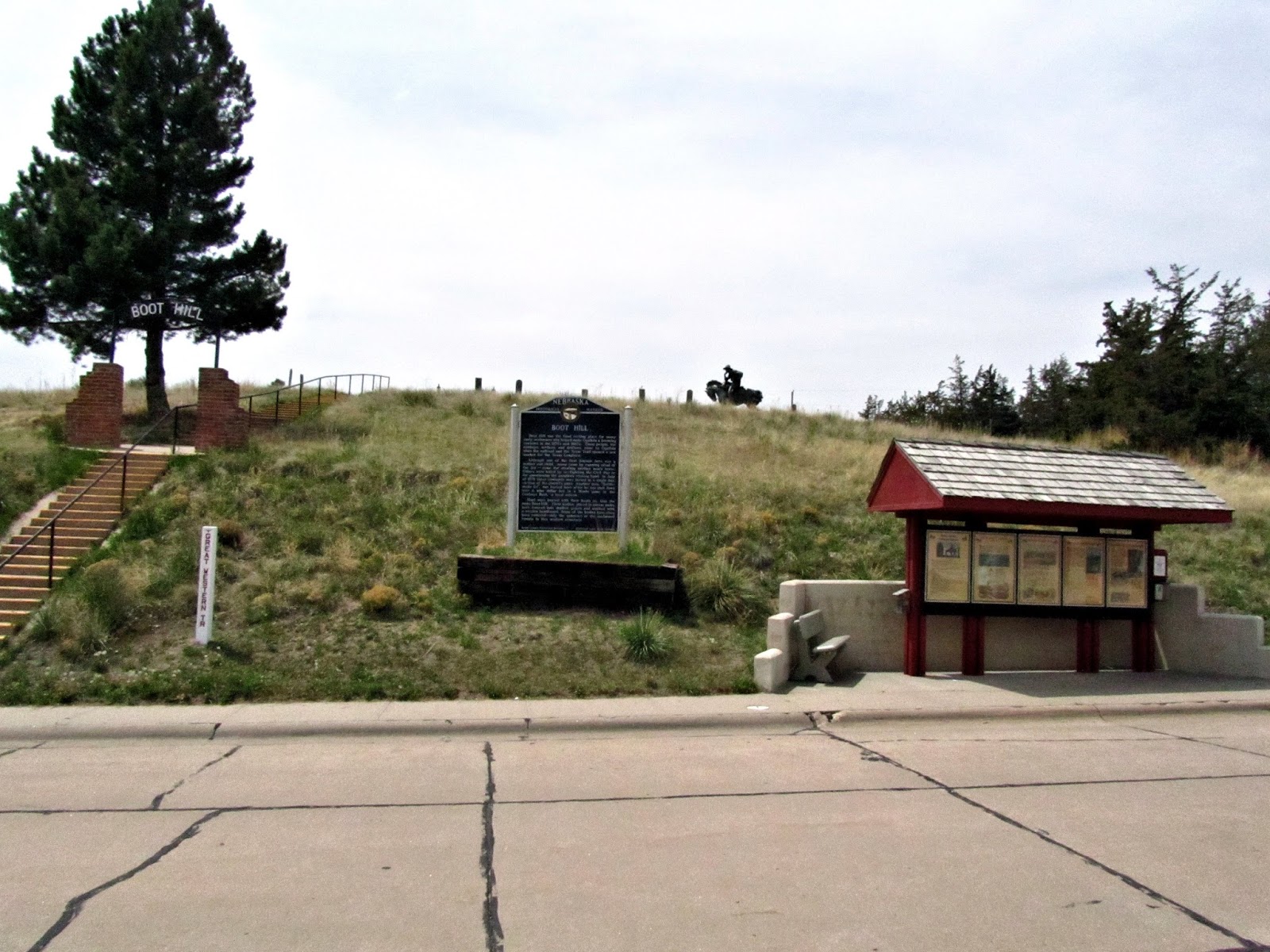 A little bit of history behind the cemetery. 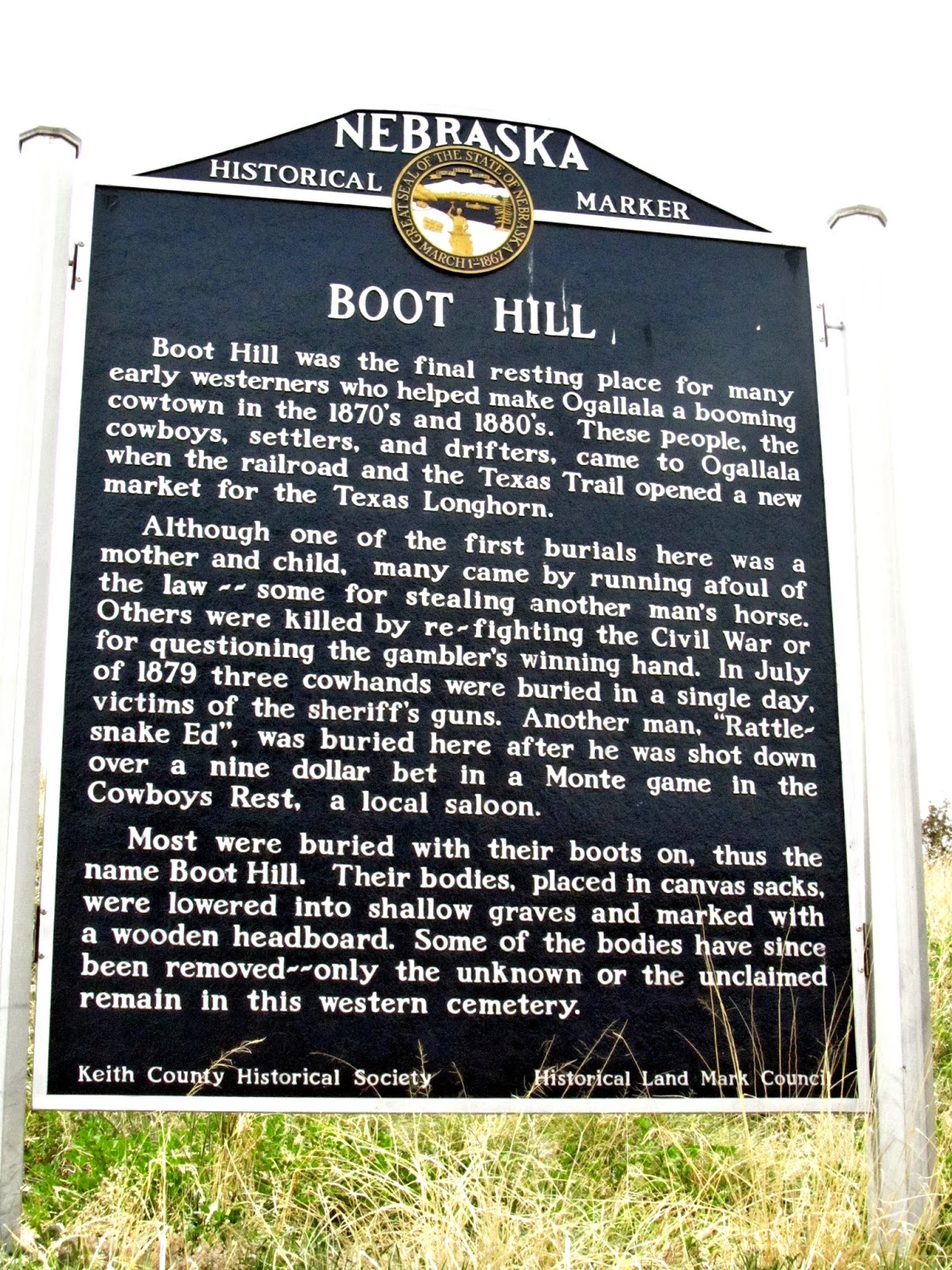 This was sad. She probably died in child birth.
The pamphlet I had said it was one of the first burials here. 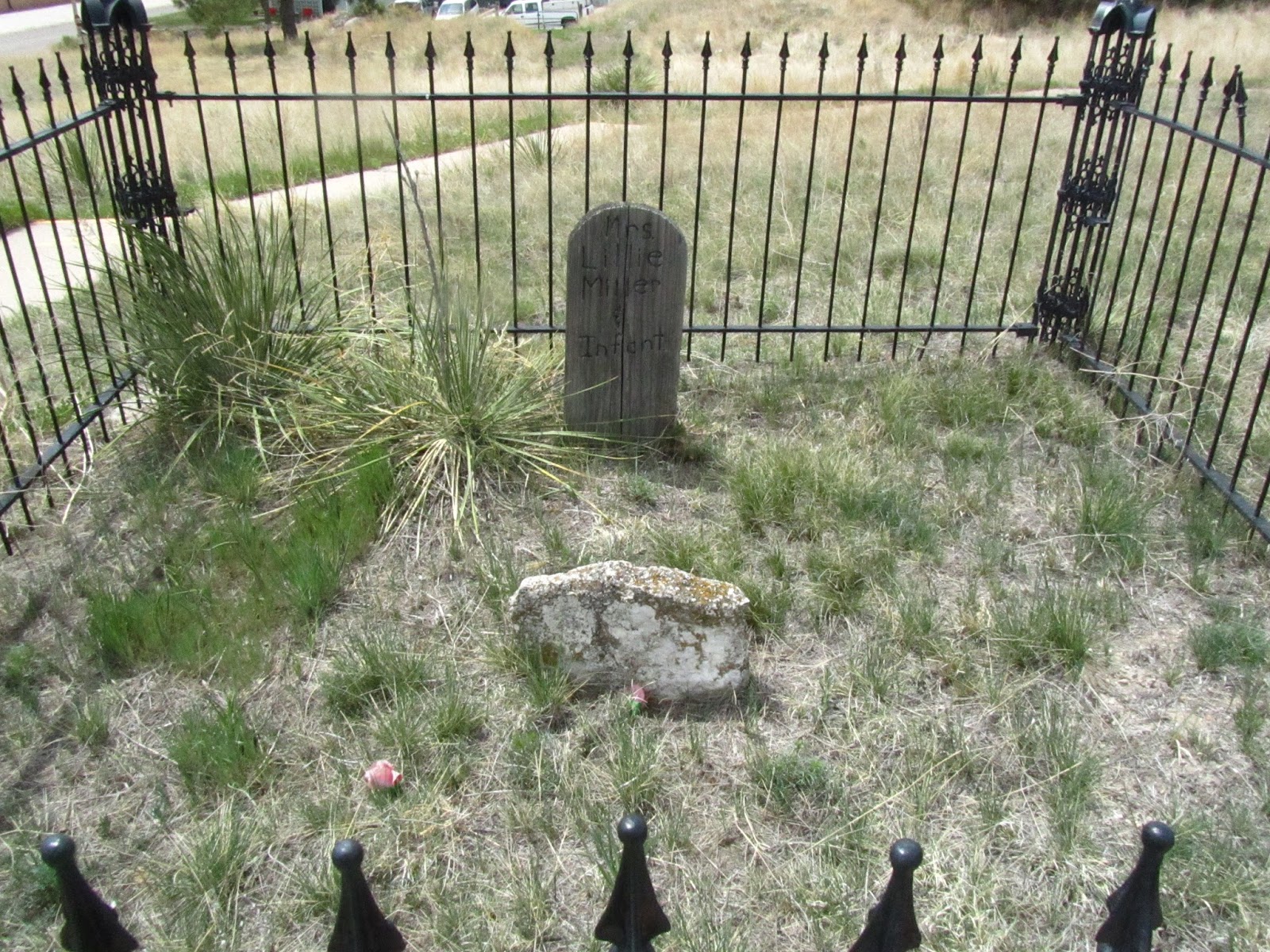 The cemetery was eventually abandoned and some of the dead were moved to the new cemetery in town.  The graves of the rest were neglected.  At the turn of the century children used the hill as a sledding area steering around the scattered grave markers as part of the fun.  By the 1930's most everything was destroyed.  All that we see today are the results of efforts made to research and restore the cemetery as an appropriate memorial for the dead. 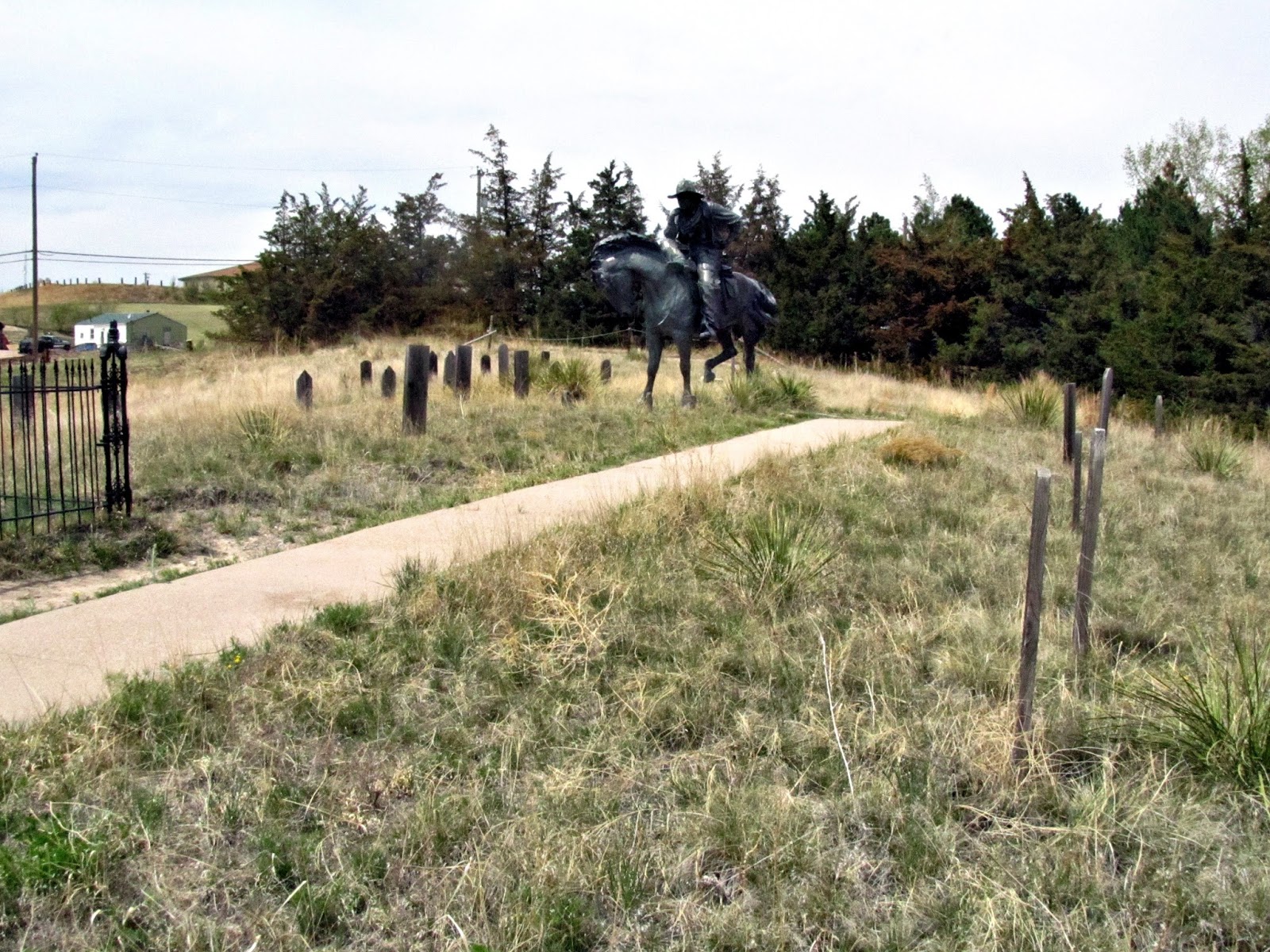 This is an identical copy of "The Trail Boss" statue that can be found in Dallas, Texas. I think they wanted it here as it appears he is looking over the graves in deep thought.
Ogallala was the end of the Texas Trail and it is estimated that over a million cattle came through here between 1870 and 1885. For a few of the trail drovers, Ogallala's Boot Hill was the end of their trail. 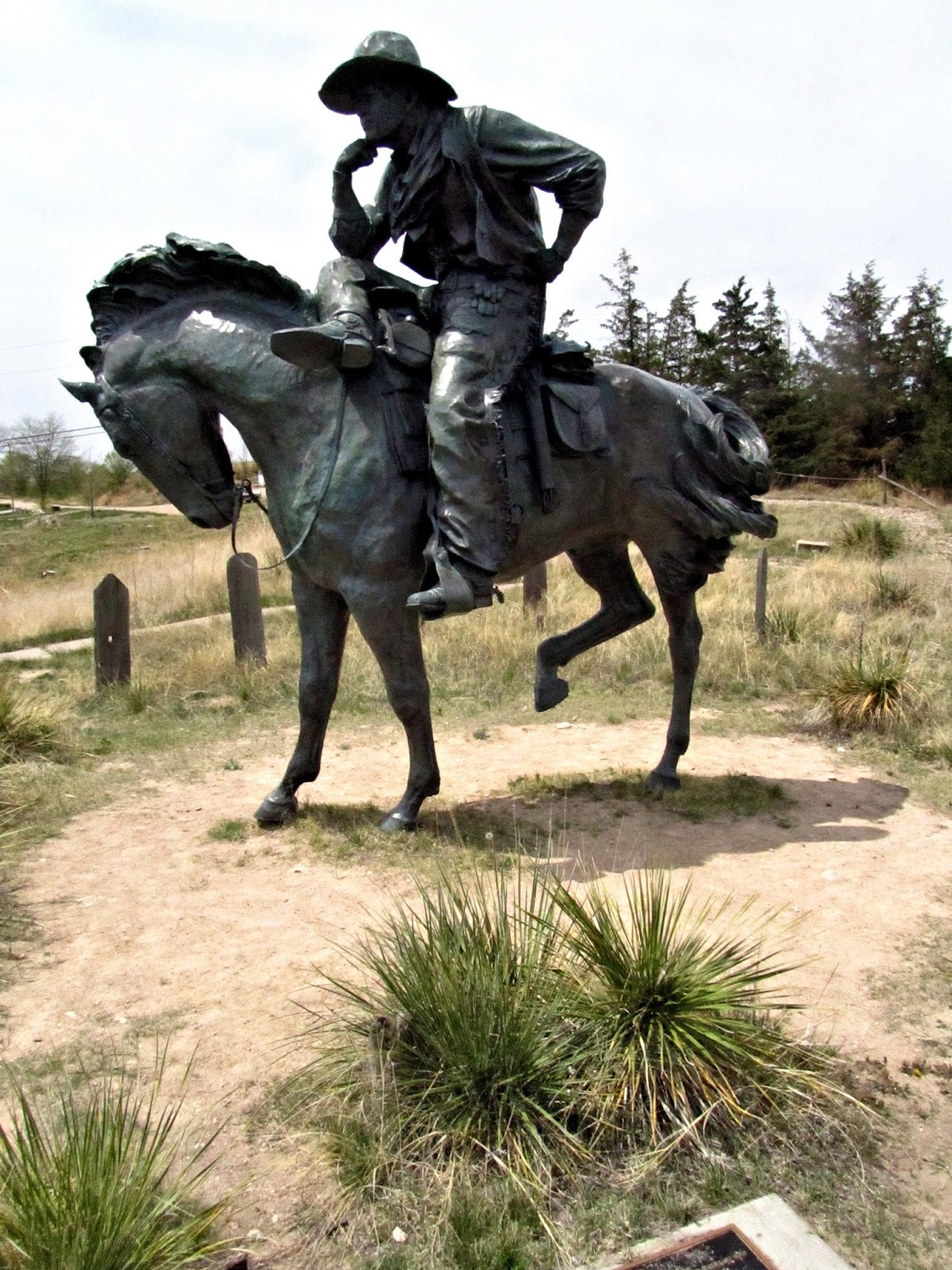