This feature was far off in the grasslands of the museum grounds.  You were able to drive your car to it along with some of the other far-flung features of the Living History Experience.

I liked this. I was the only one there. 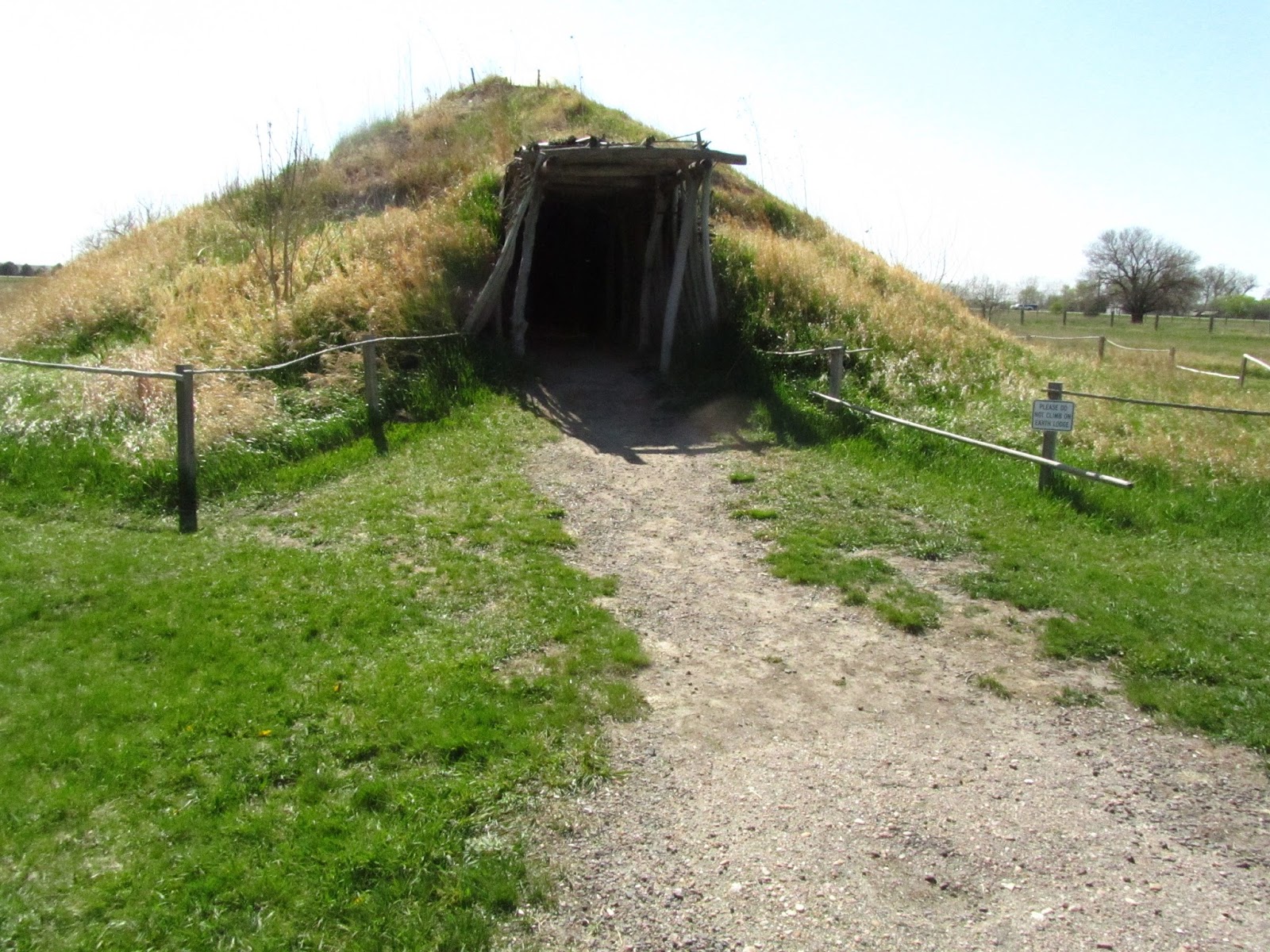 Despite the Pawnee being cool and never raising a ruckus with the U.S. Government,
they still got kicked out of their homes and shipped off their land. 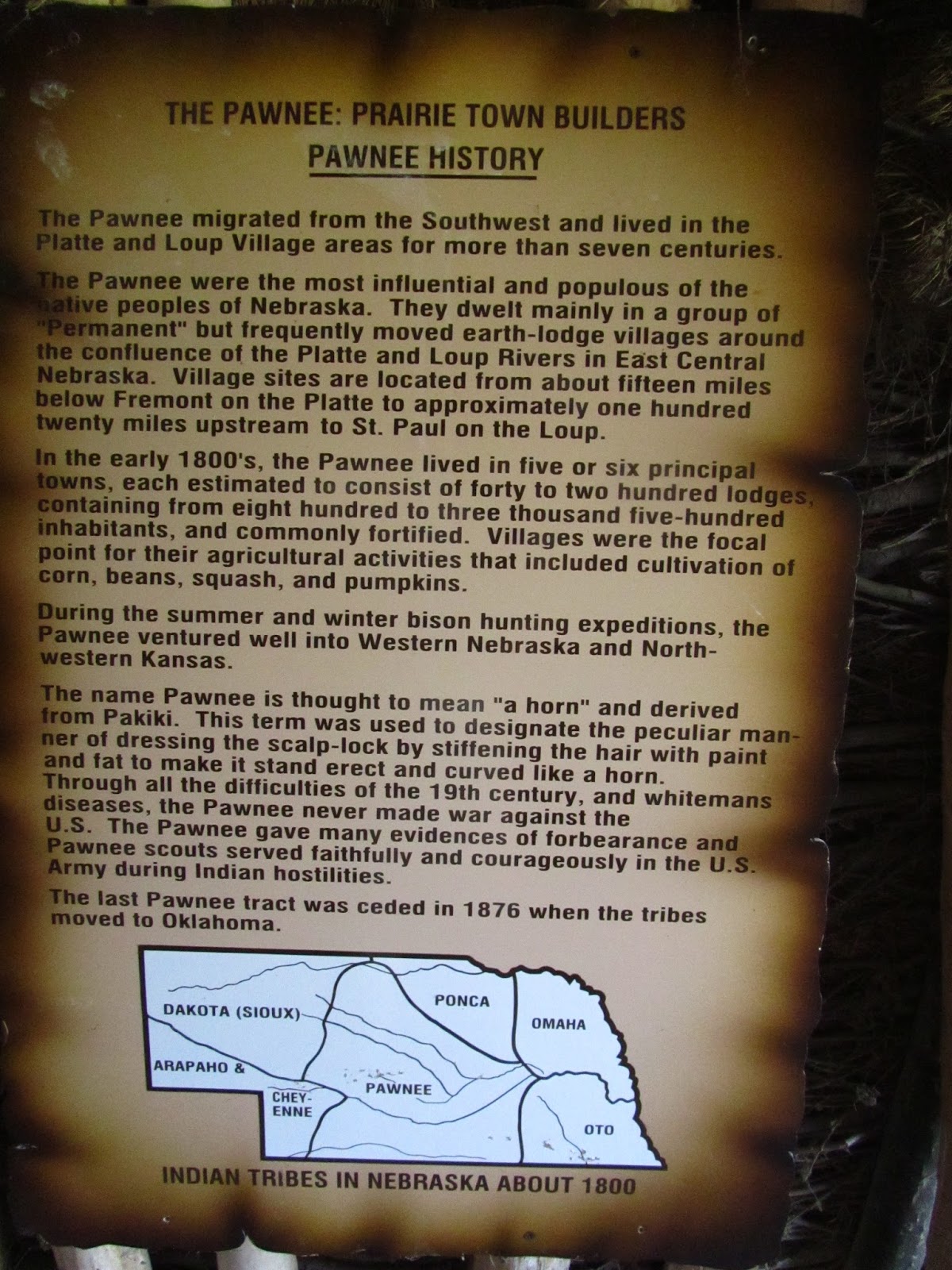 Yeah, I was standing there making Indian sounds.  Hey, no one else was around, why not? 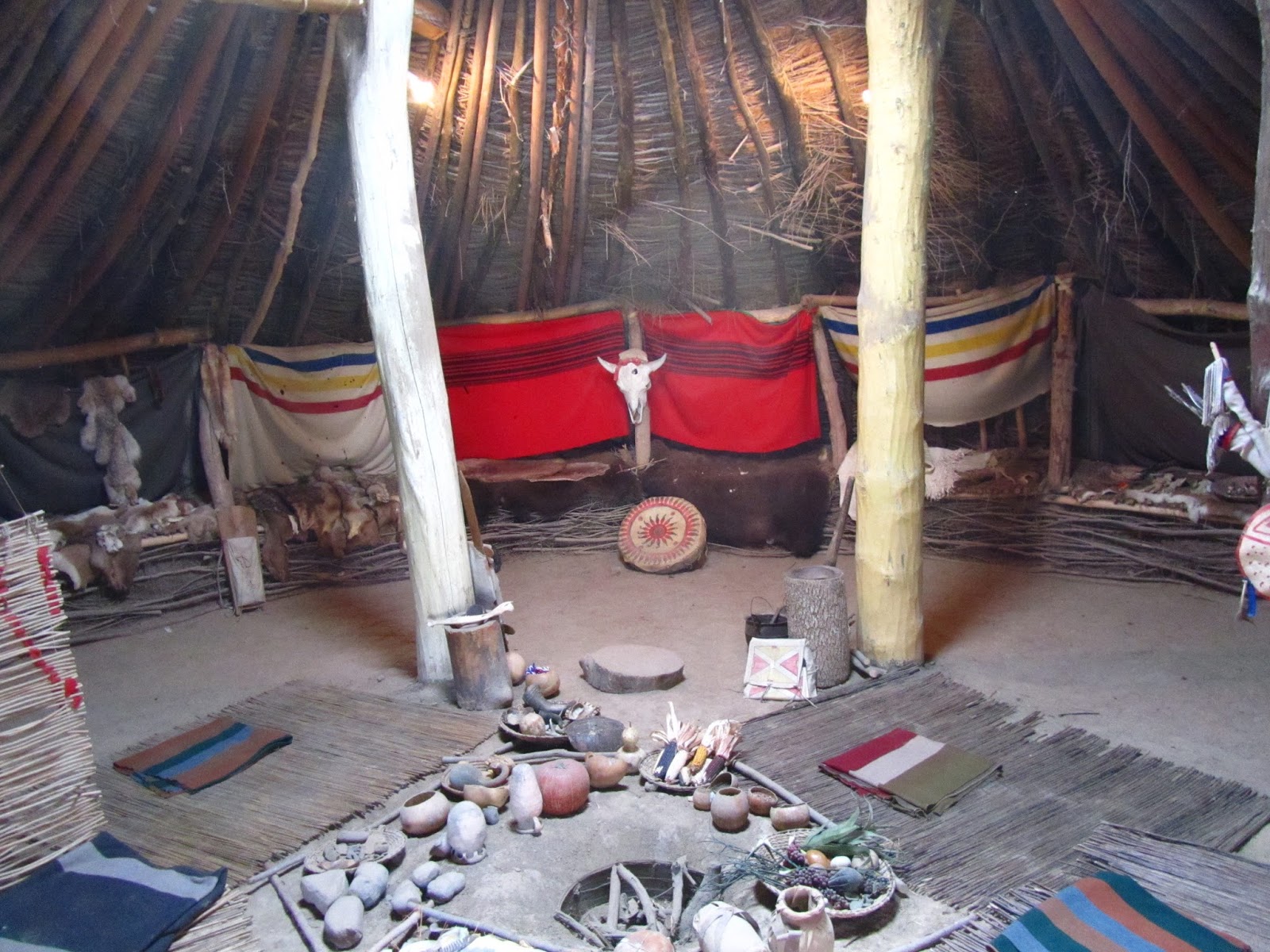 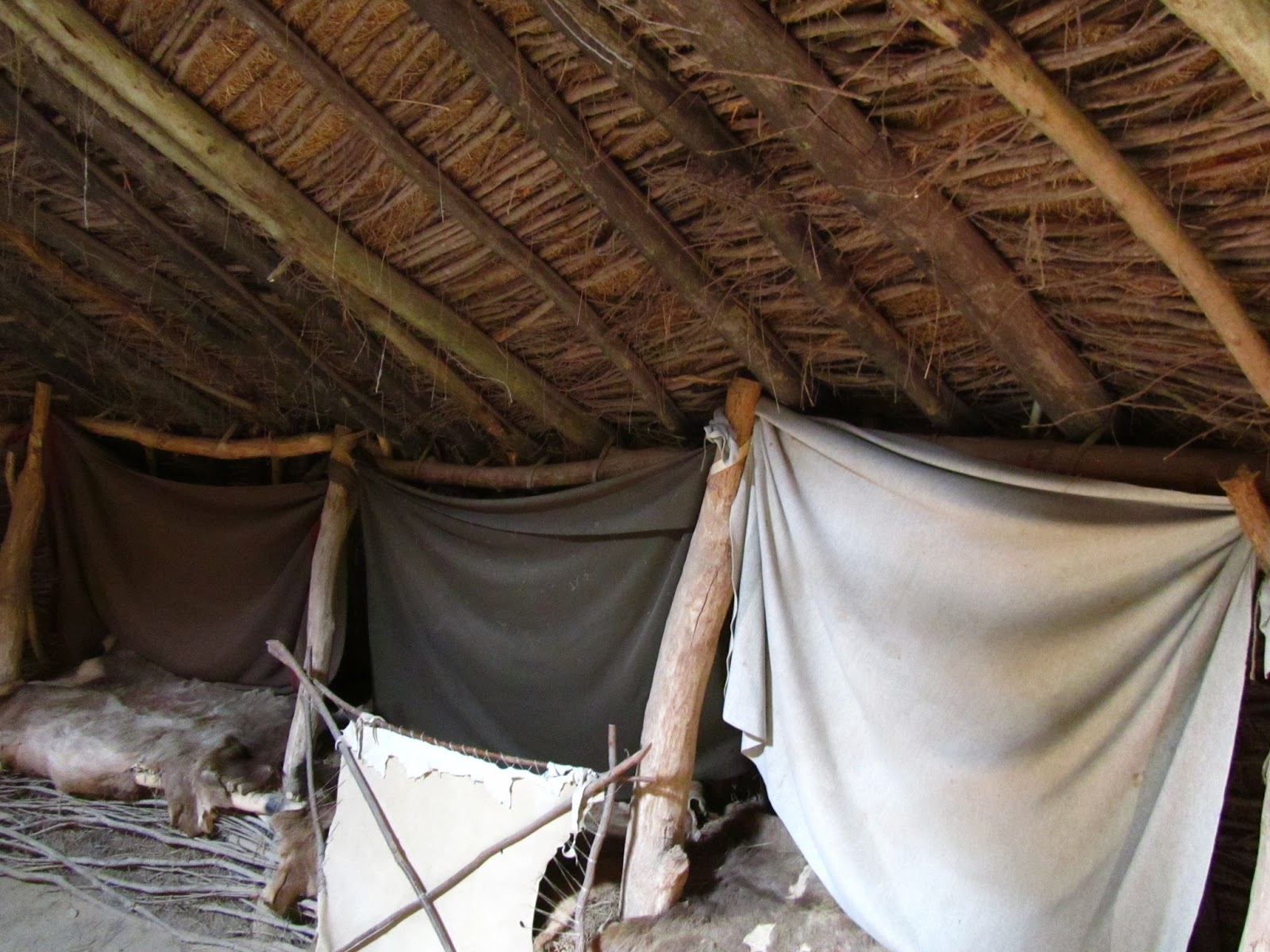 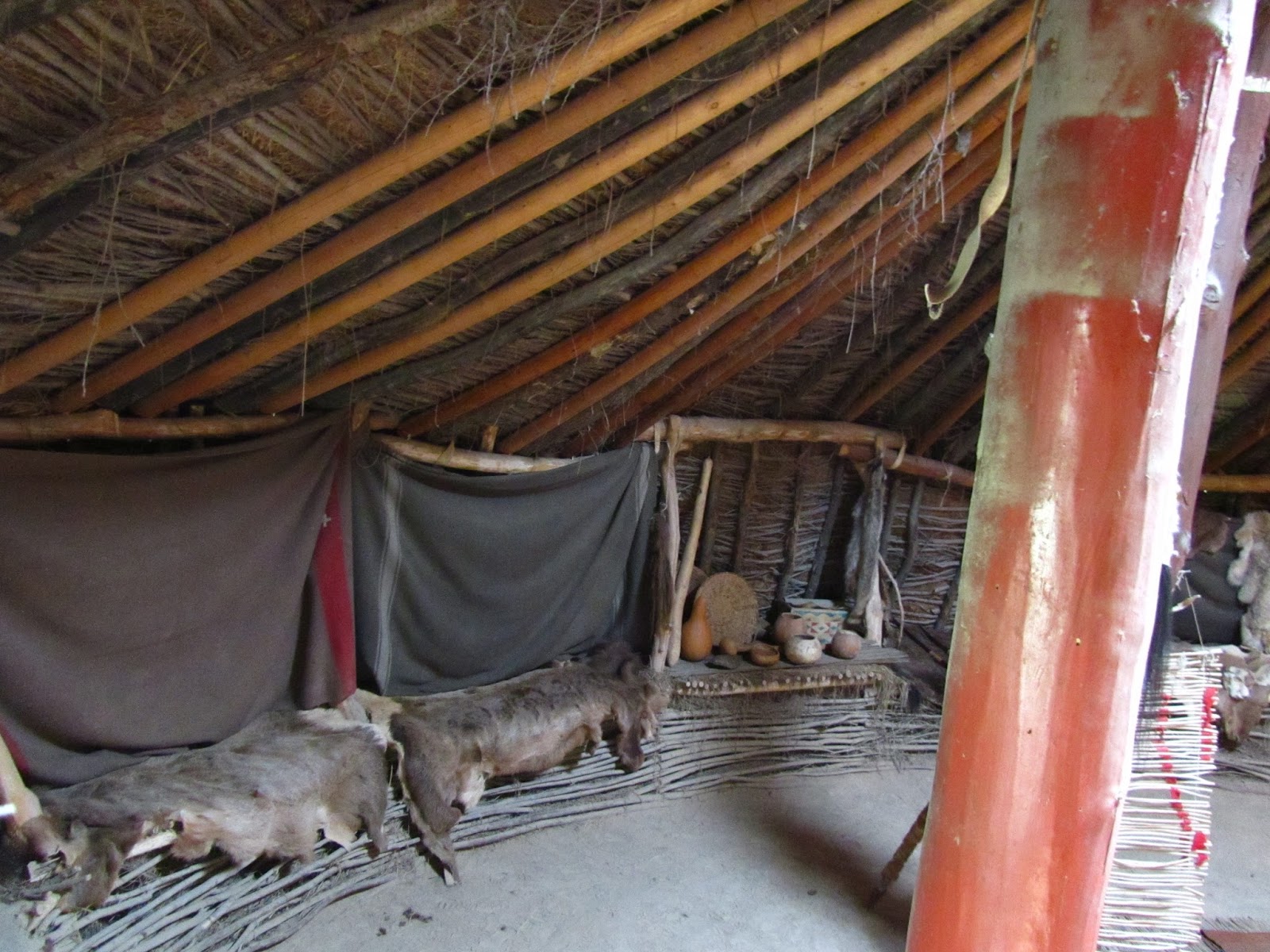 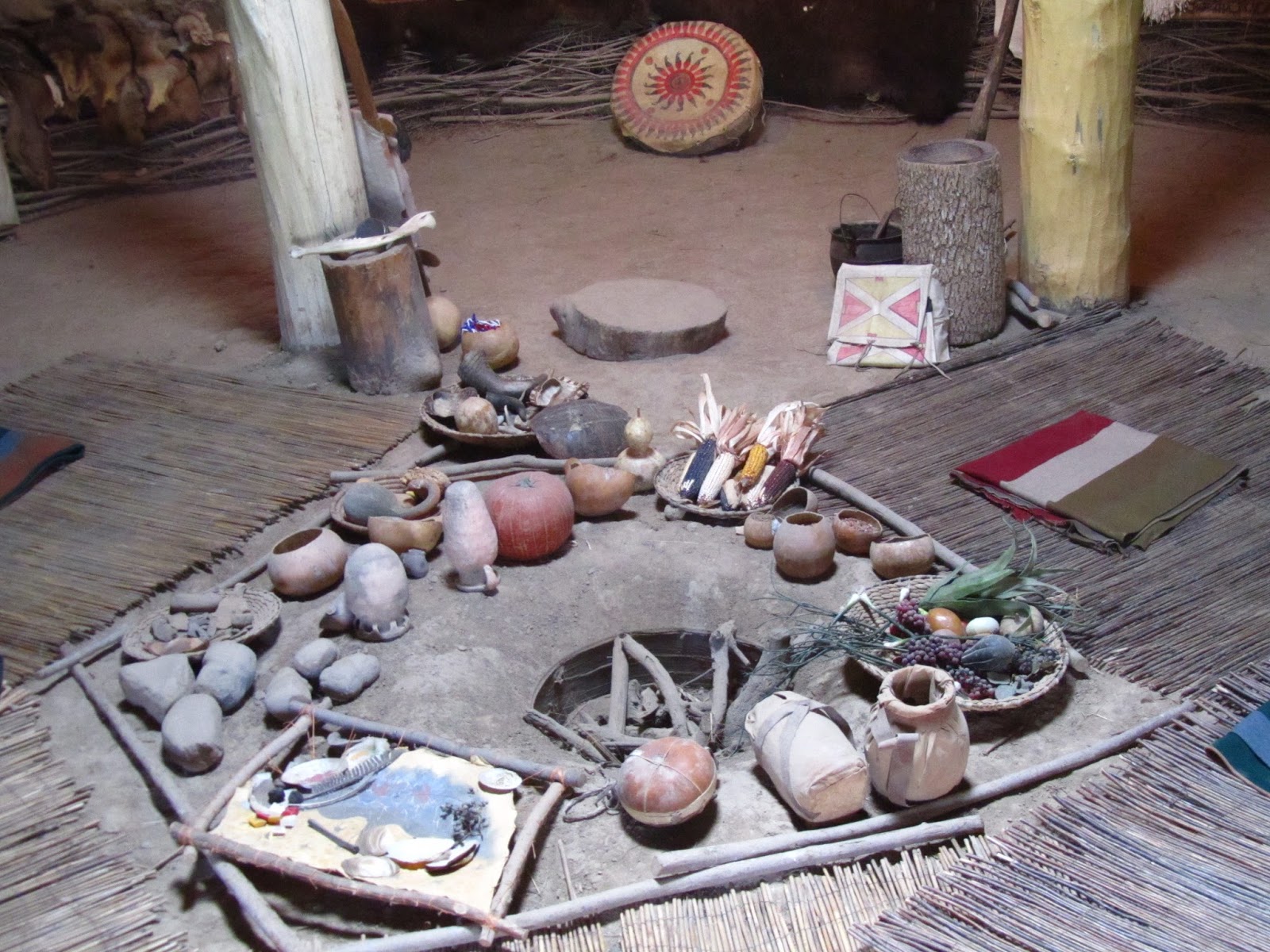 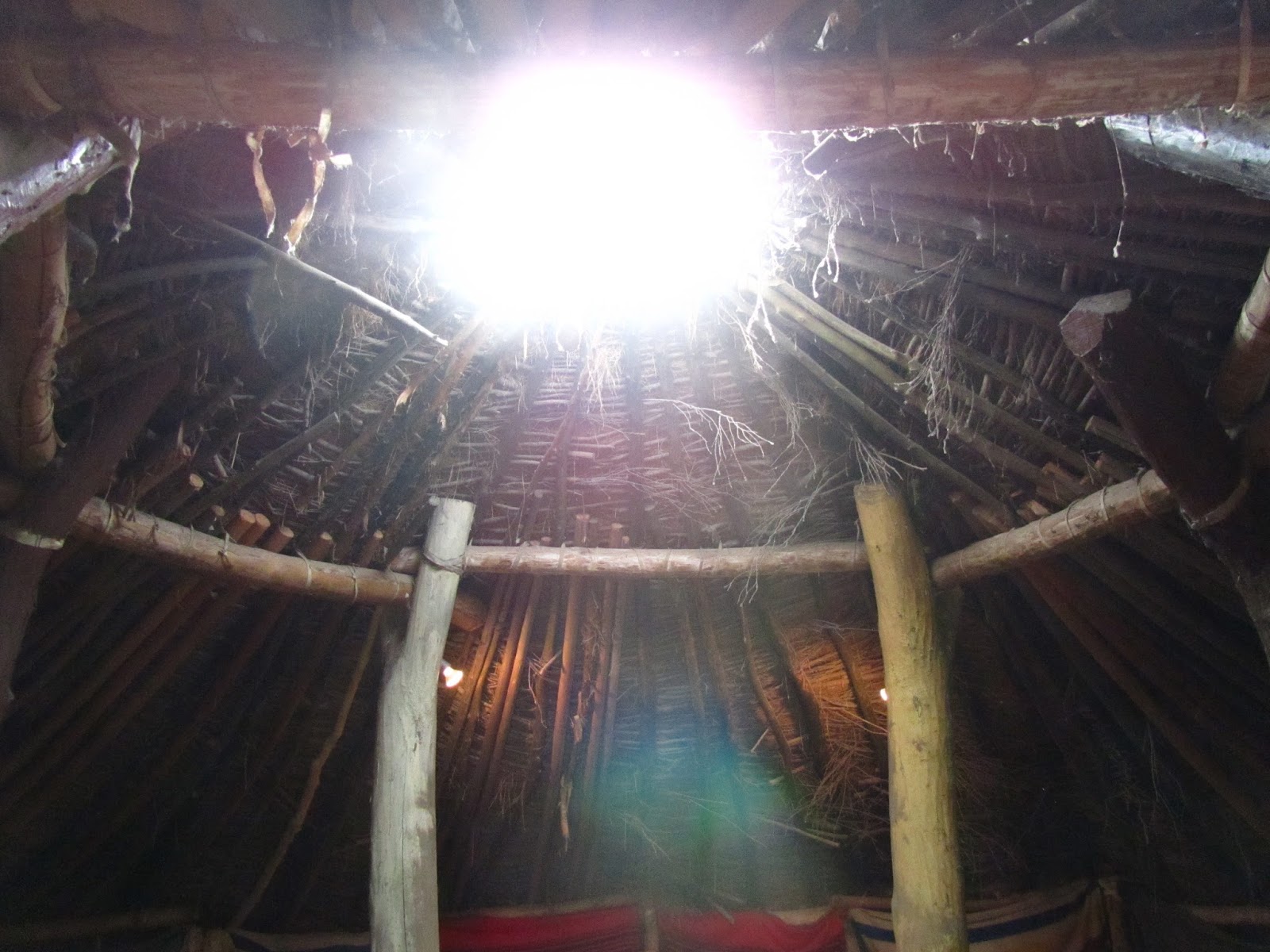 This didn't make much sense to this paleface. 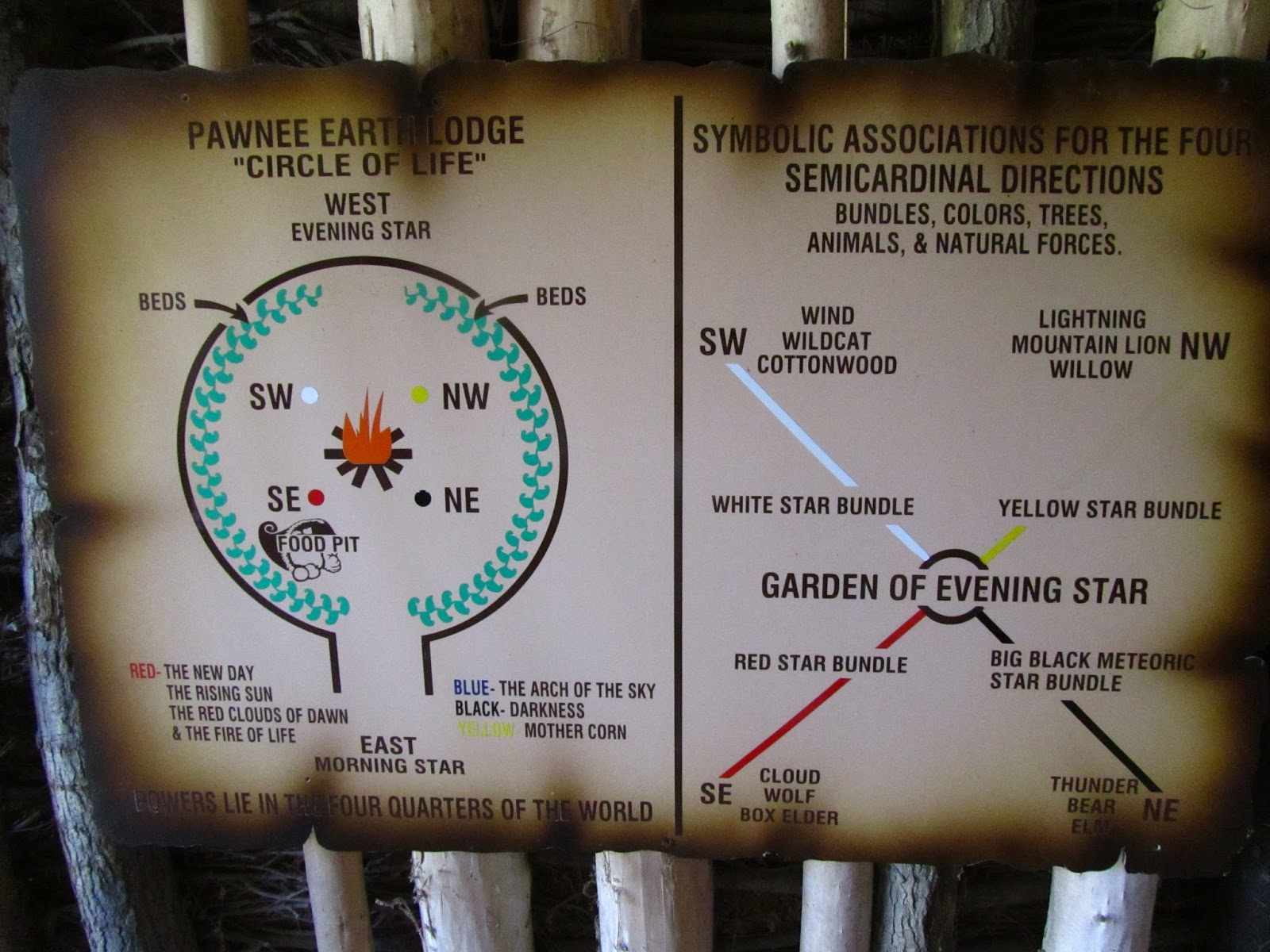 Someone went through great effort to obliterate whatever was written at the beginning of the second paragraph.  Obviously they took issue with what was written believing it was what, wrong?  I couldn't make out what was there originally but I had my suspicions.  Later I investigated it on the Internet.  It seems that other than raising the heavy logs, the women were who built the Earth Lodges.
I think it read Women were largely 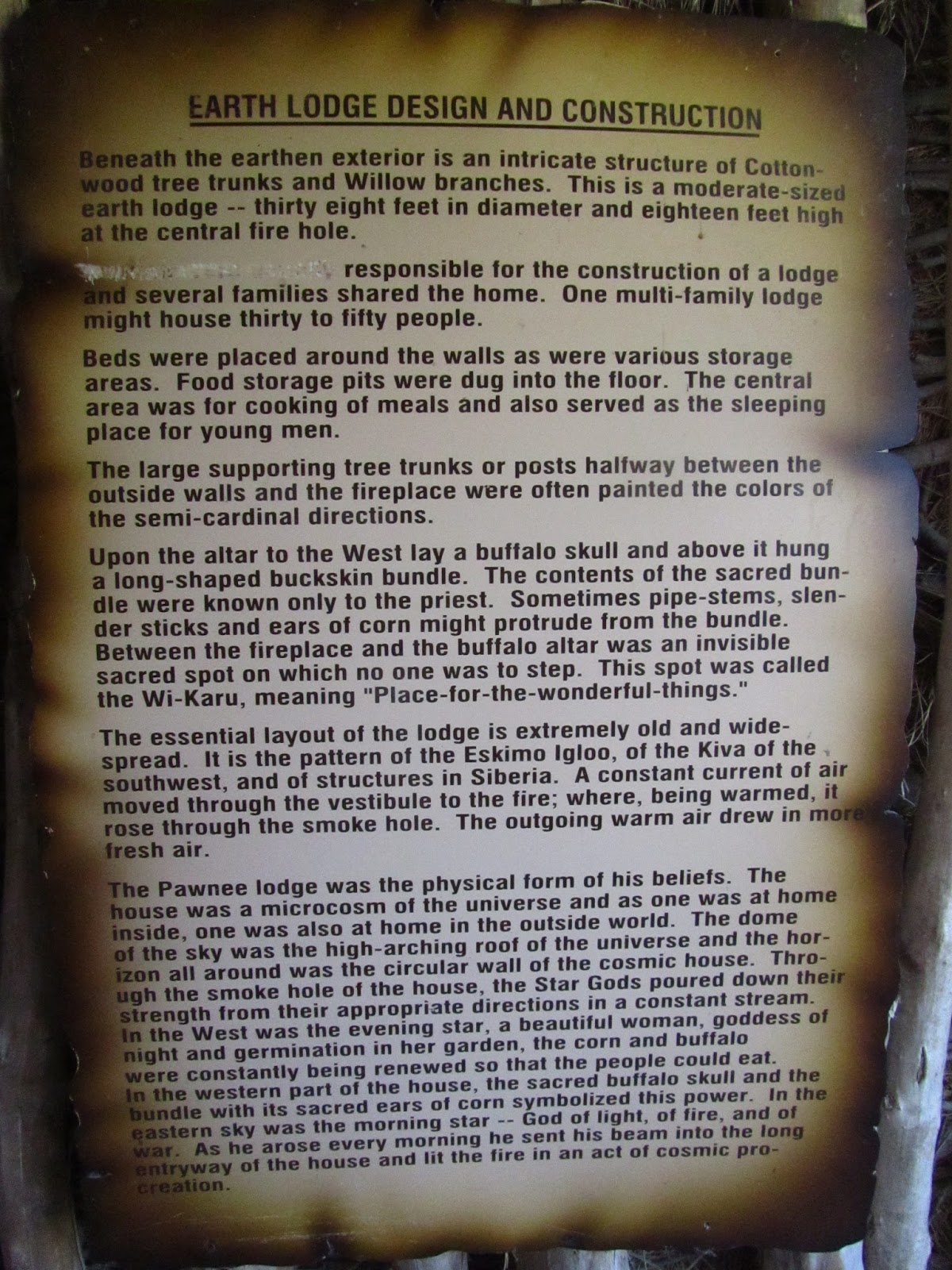 Some guy didn't like the idea women could make something so neat.

It's so sad that the Pawnee were kicked off their own land. When some humans want something, they simply take it. And they justified it by thinking themselves "more civilized."

a mostly peaceful people who learned to cultivate crops and hunt, too. yet it wasn't enough to satisfy the white man's progress and greed. huge sigh...

What a great place, and especially since you had it to yourself. Native women were tough and hard working, that's for sure.

I think I could live there!

...great that this is still intact for you to share here John; most interesting

These cultures were (are?) remarkable - yet they were destroyed so quickly - and the same thing more or less happened in Australia as well.

Strange that the notice was defaced.

Sorry for the much delayed reply - I've been in the UK for a month and I decided to let the blogging take a back seat - normal service will resume very soon!

You know, when I read the last line of the sign in that second photo; """the last Pawnee tract was ceded in 1876 when the tribes moved to Oklahoma""", I thought it might be just a bit of an understatement, so I looked at it in Wikipedia and found out that, no, they didn't move--they were moved, so the White man could steal the land via the Nebraska Legislature. Here is the petition:

"Whereas, the Indians now on special reservations in Nebraska hold and occupy valuable and important tracts of land, which while occupied will not be developed and improved; and Whereas the demand for lands which will be improved and made useful, are such that these Indian lands should no longer be held, but should be allowed to pass into the hands of enterprising and industrious citizens. We urge upon our delegation in Congress to secure the removal of all Indians now on special reservations in Nebraska to other... localities, where their presence will not retard settlements by the whites."

This would have been so interesting to see!

I would love to have seen this.

It's amazing to me the artifacts remain untouched or removed by visitors.

Very remarkable snapshot of history.
Giving credit, where credit is due, is a basic courtesy. I will leave it at that.
Have a Beautiful Weekend, John!
Peace :)

Those things look so small on the outside. And inside it is so HUGE!!!

That's a very elaborately furnished structure! Have you ever been to Kule Loklo at Pt. Reyes? http://www.kuleloklo.com/