Stuhr Museum of the Prairie Pioneer

Okay, excuses time.  I really didn't take as many pictures as I would normally had while at Stuhr.  My Nikon was giving me spots on my images early in the trip (I don't want to talk about it) so I was using my point & shoot for most of my photos.  By this point, thoroughly disgusted with myself for having a dirty DSLR, I was rapidly losing interest in picture taking.  Now I regret it for I don't have the pictures I would of, could of, should of shot. 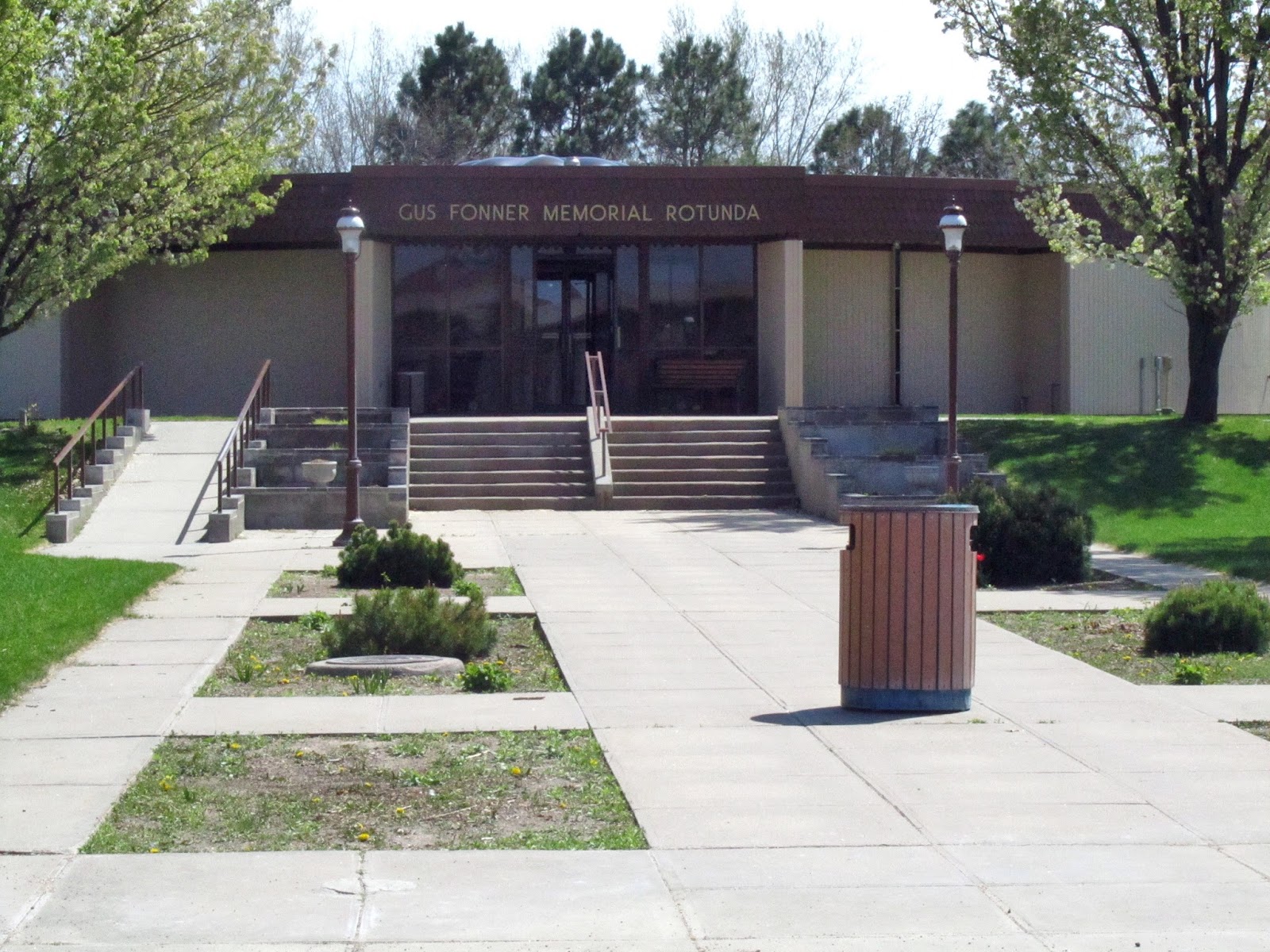 The museum was very nice but what I really enjoyed was the 1890's Railroad Town.
Now I have seen quite a few of these 'towns' many of which look like something you'd see in Disneyland or Knott's Berry Farm. This was far from that. 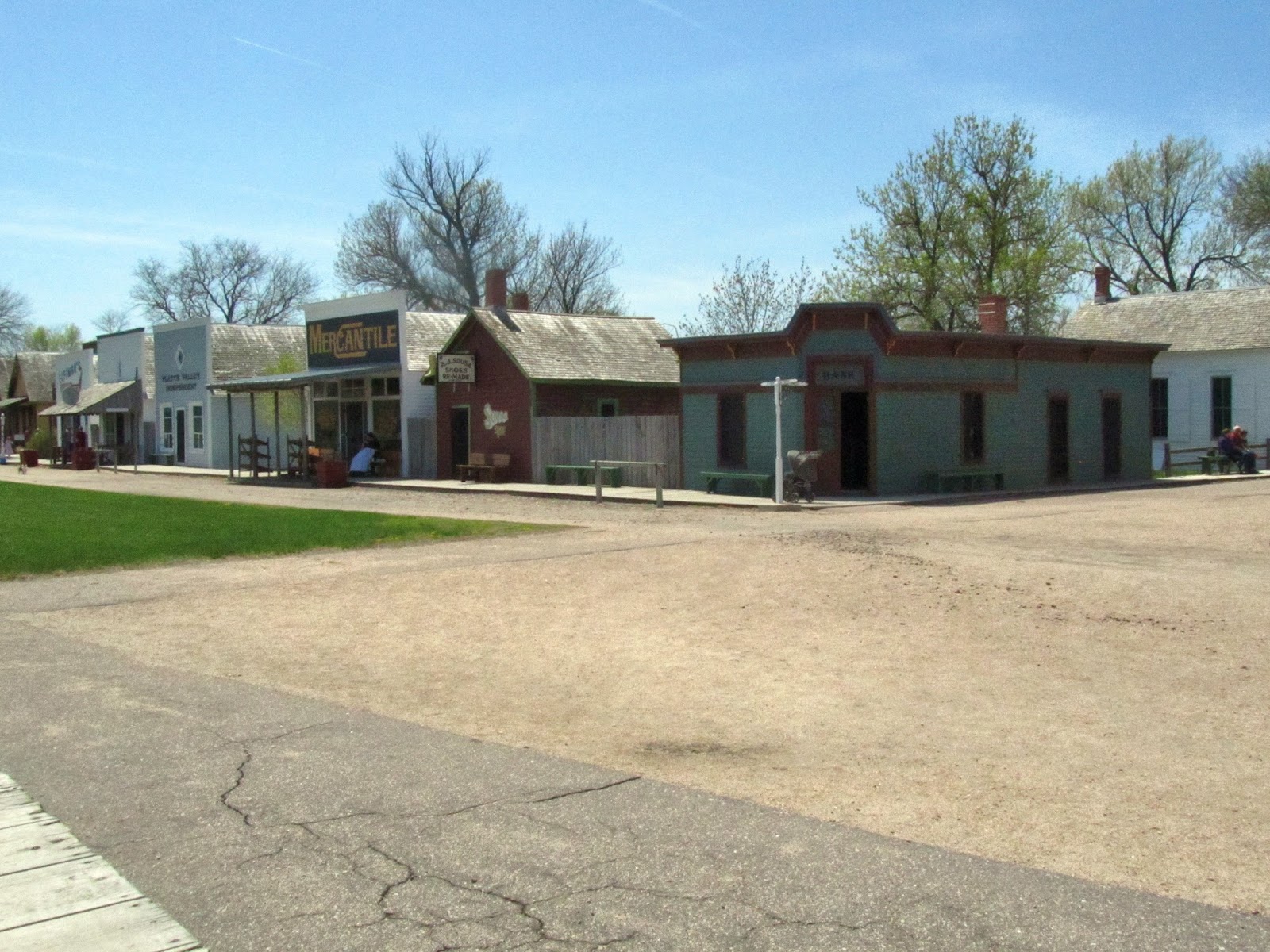 As the locomotive pushed west, towns sprang up along its tracks.  Railroad Town recreates the prairie community in Nebraska during the last decades of the 19th century. 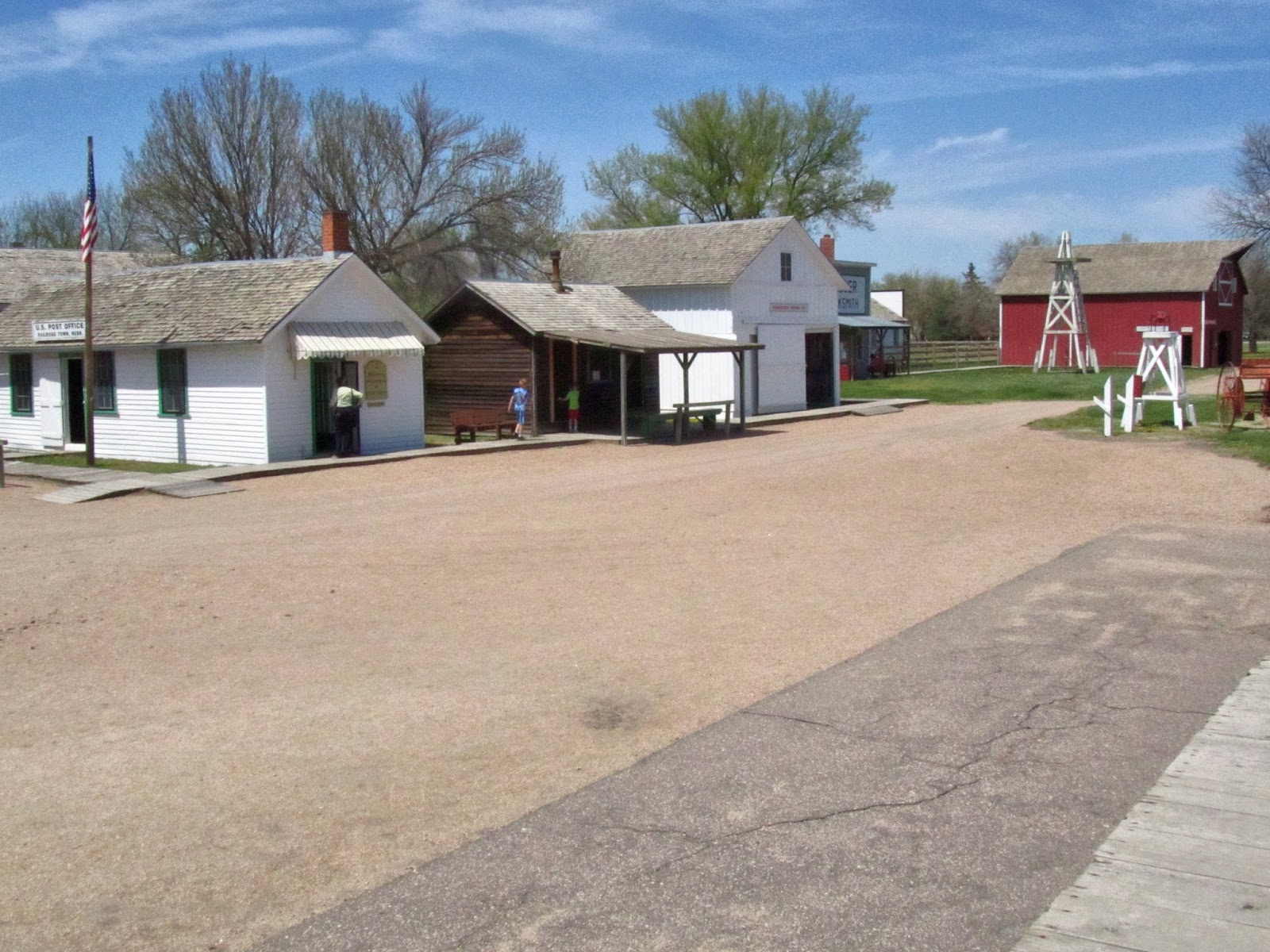 Sixty century-old shops, homes, and other structures were moved to the site and restored.  They provide you with a large map so that you may walk around the grounds and explore at your leisure.  There is an auto-tour route but no cars are permitted within the town.  Other than an ice cream/soda shop down from the Mercantile Store, all the buildings are just like they were at the time, many with volunteers acting the part of the resident or shop owner in period dress. 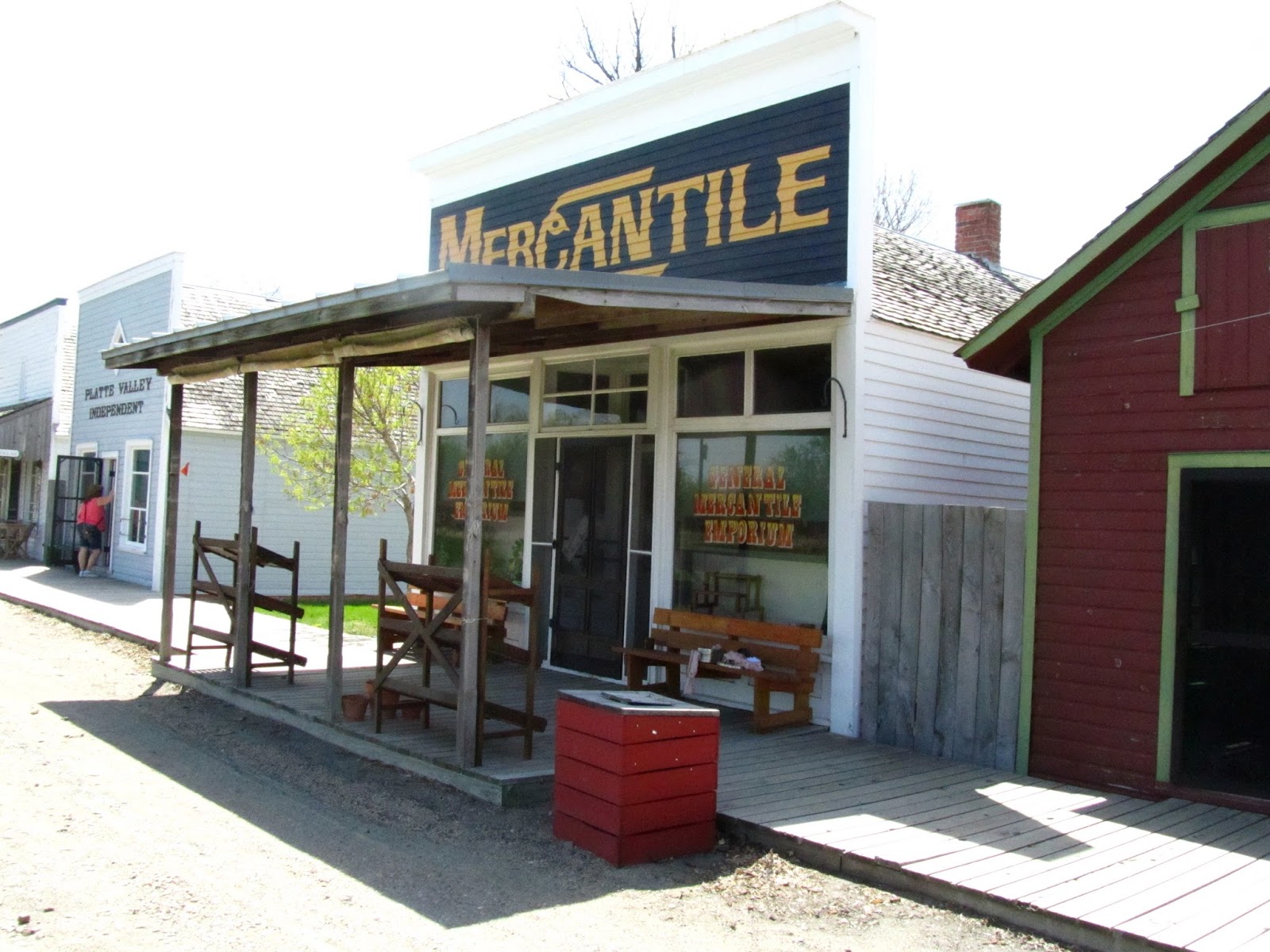 Inside the Mercantile Shop there were items for sale including candies, canned fruit and jams, art work, hats, some clothing items, old time simple toys, etc.  The items for sale though were generally the type of merchandise that was available during that time period. I bought my wife a necklace that oddly enough was about the only thing I saw there that didn't fit into the ongoing theme of the store or time period. 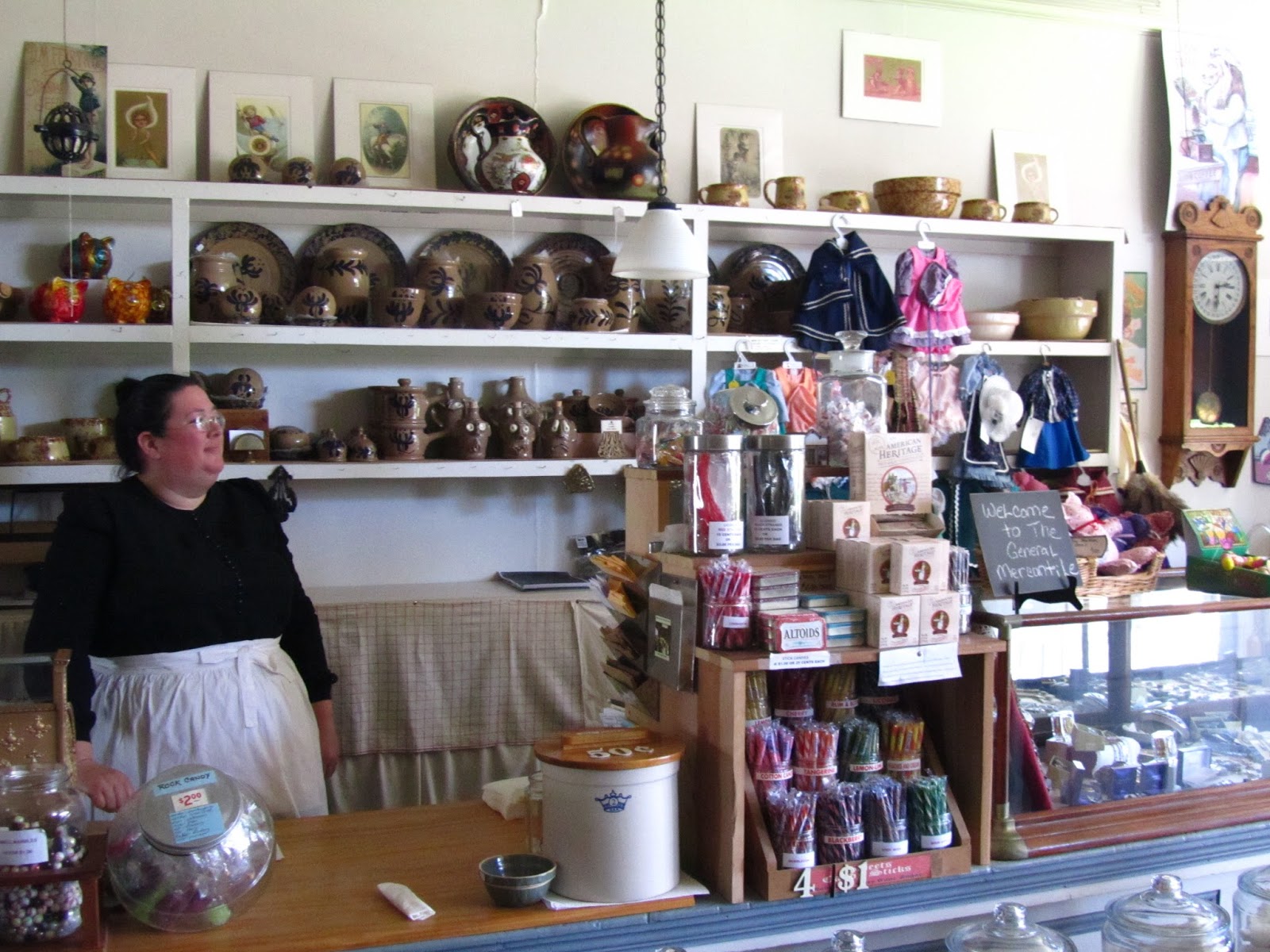 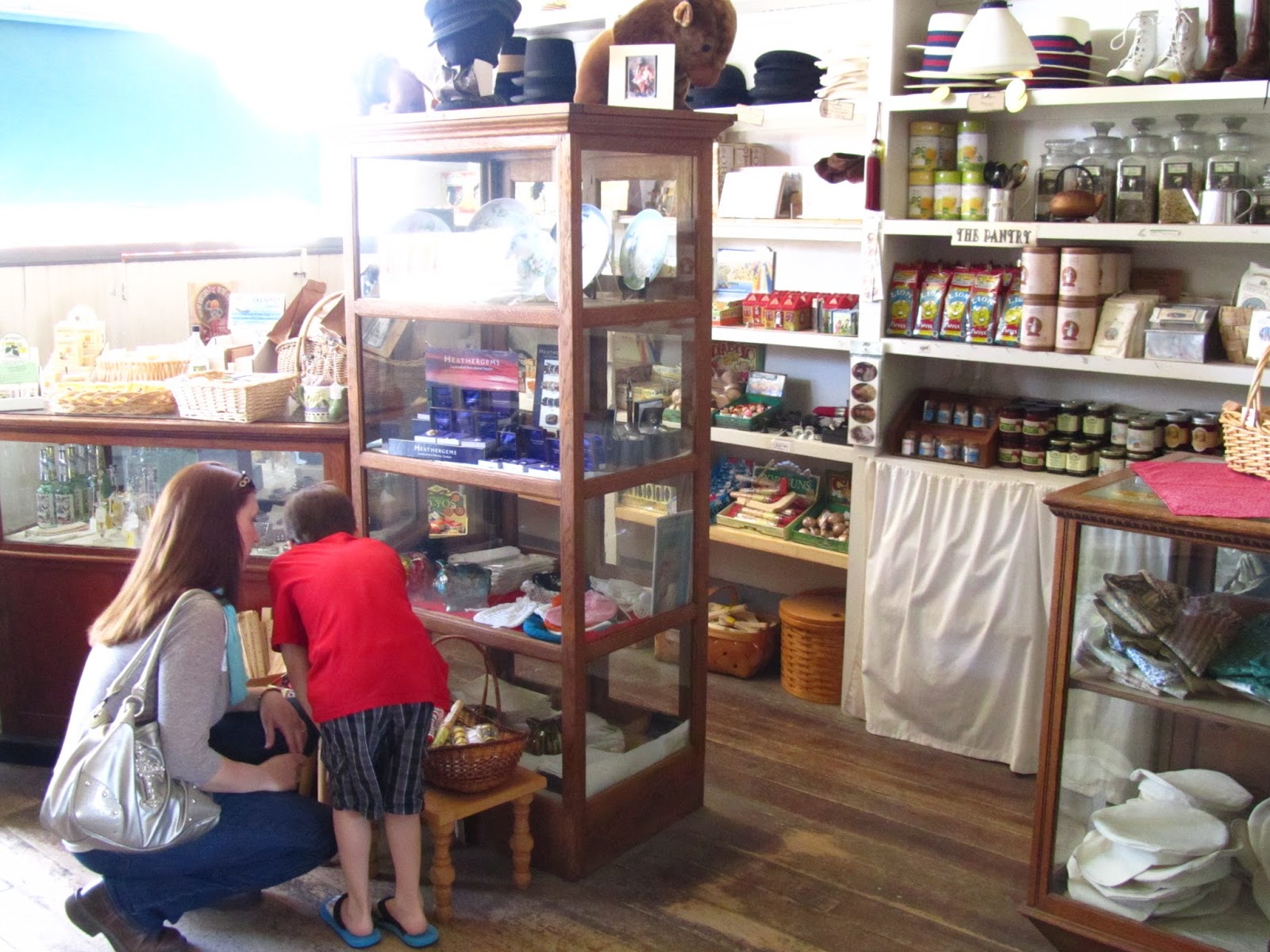 Tomorrow I'll show a couple of the shops that I thought really cool.

i LOVE the old mercantile!!!

It is simply very beautiful and quite possibly (since I don't know much) representative of the times.
Beautiful!

I'd love to ramble around there...