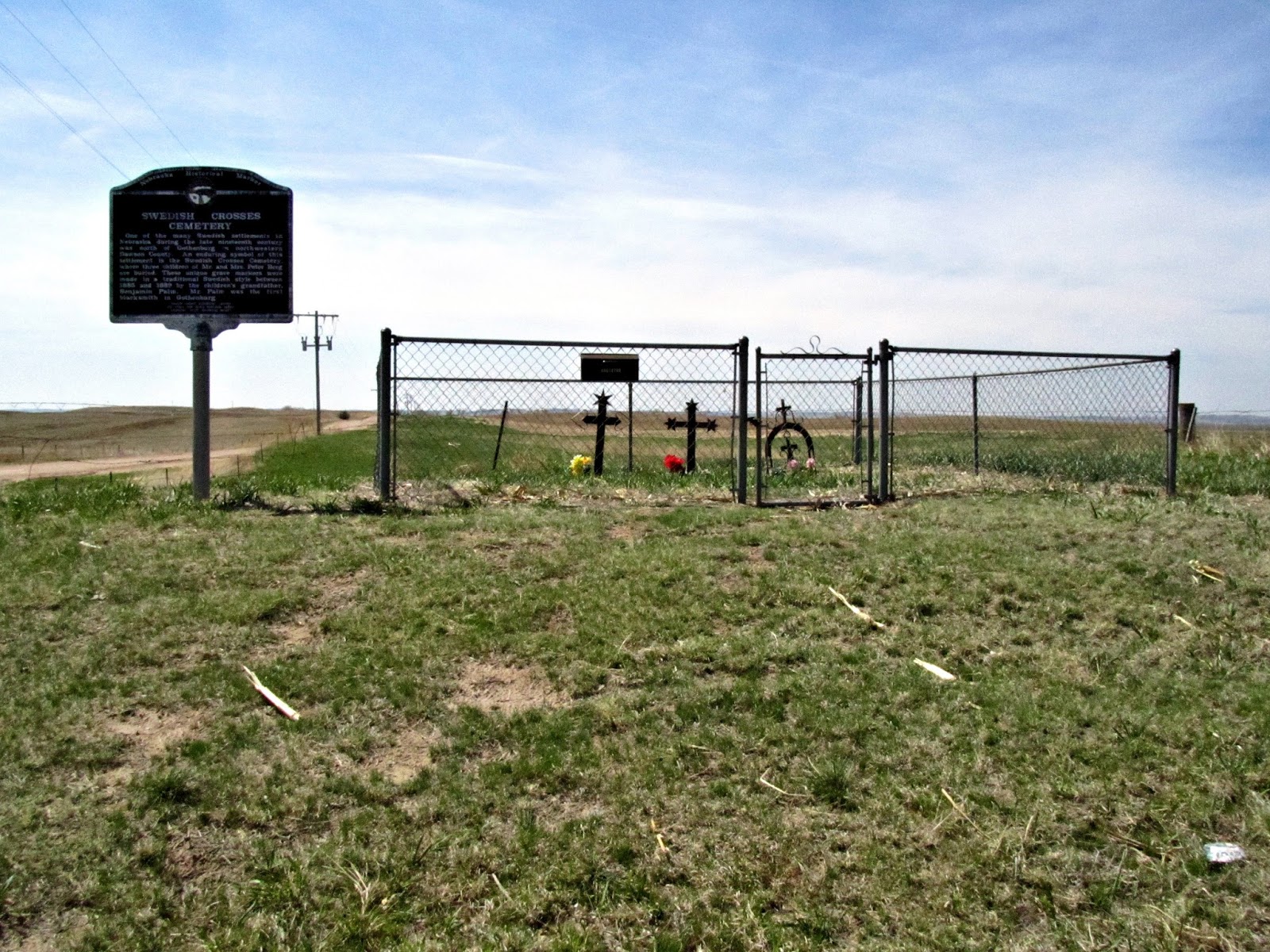 It is always nice to take a picture of the sign.  Saves me a lot of two finger typing. 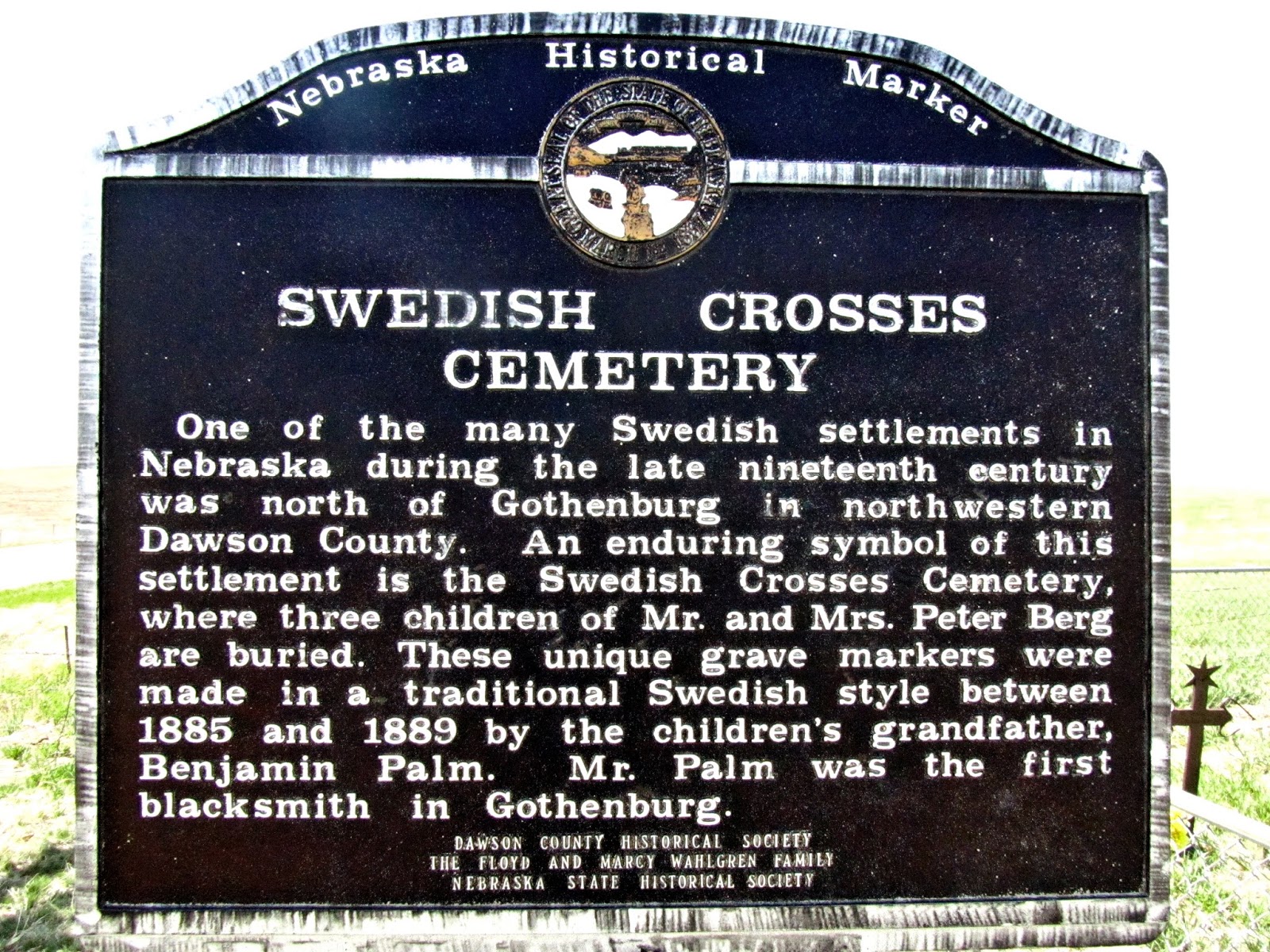 I won't make you do the math. The family's first child died four months after birth.  Their second child died at the age of three months.  The third child died when he was two years old.  I cannot begin to imagine the hurt the family suffered.  That poor woman. 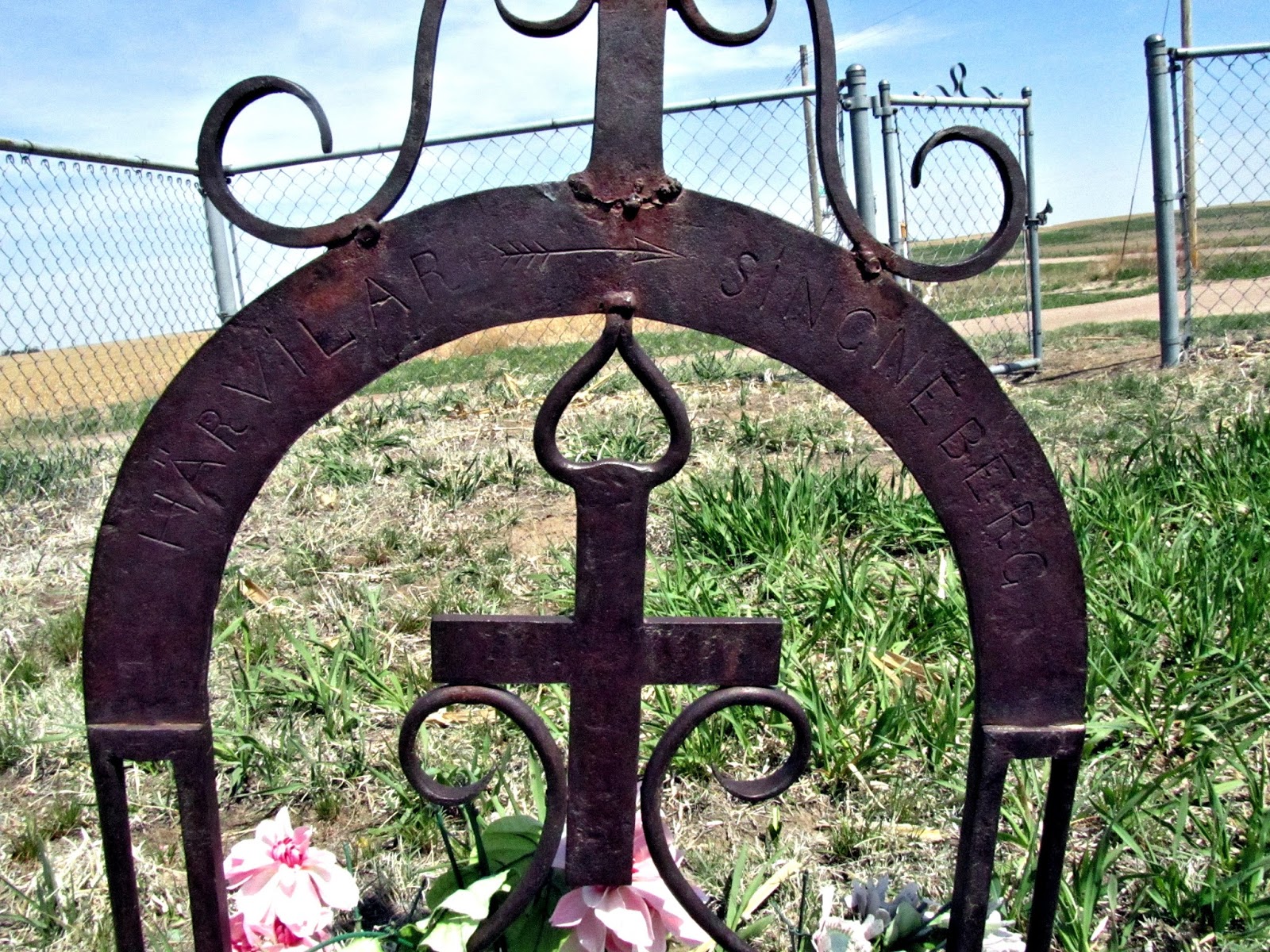 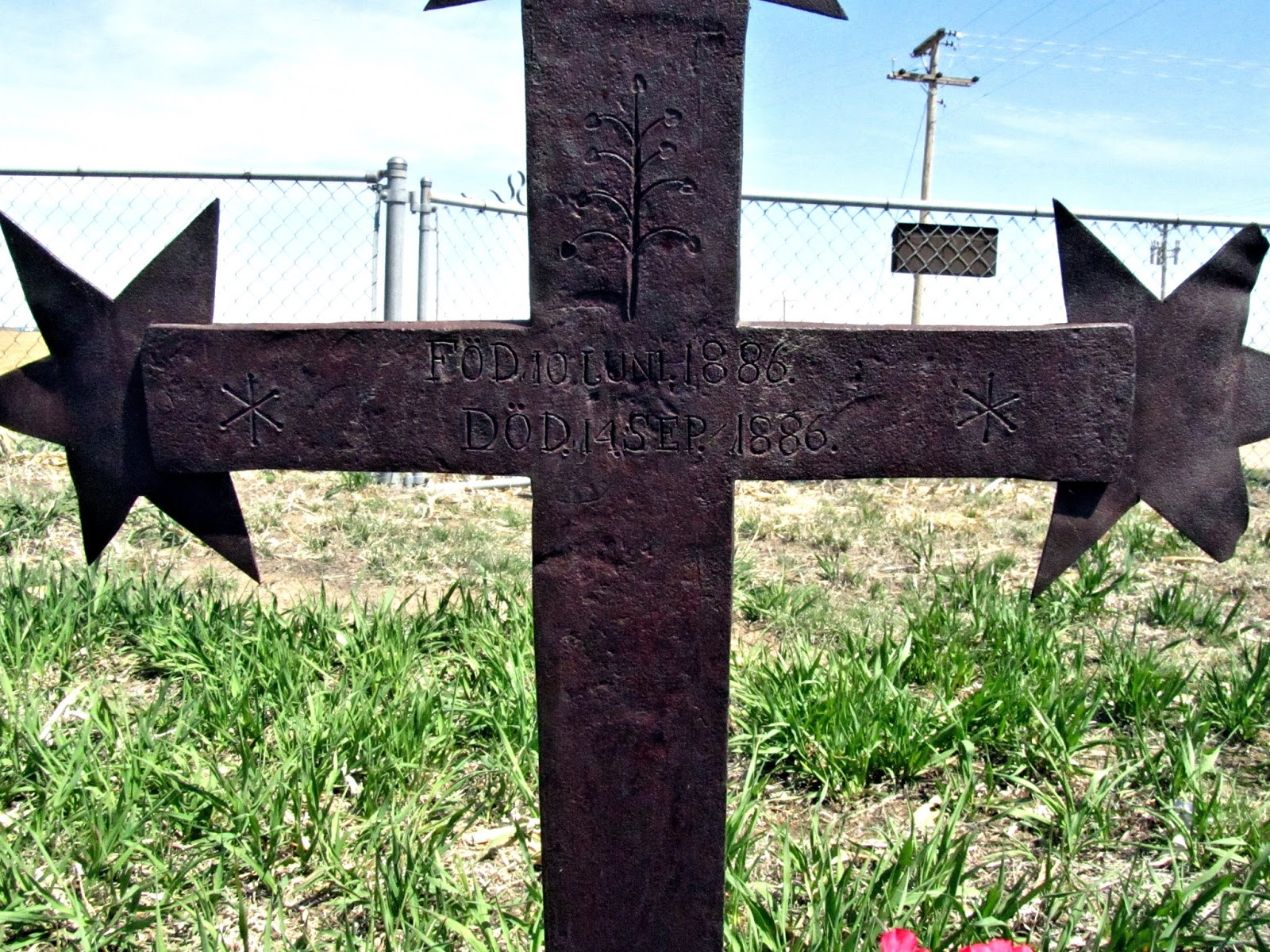 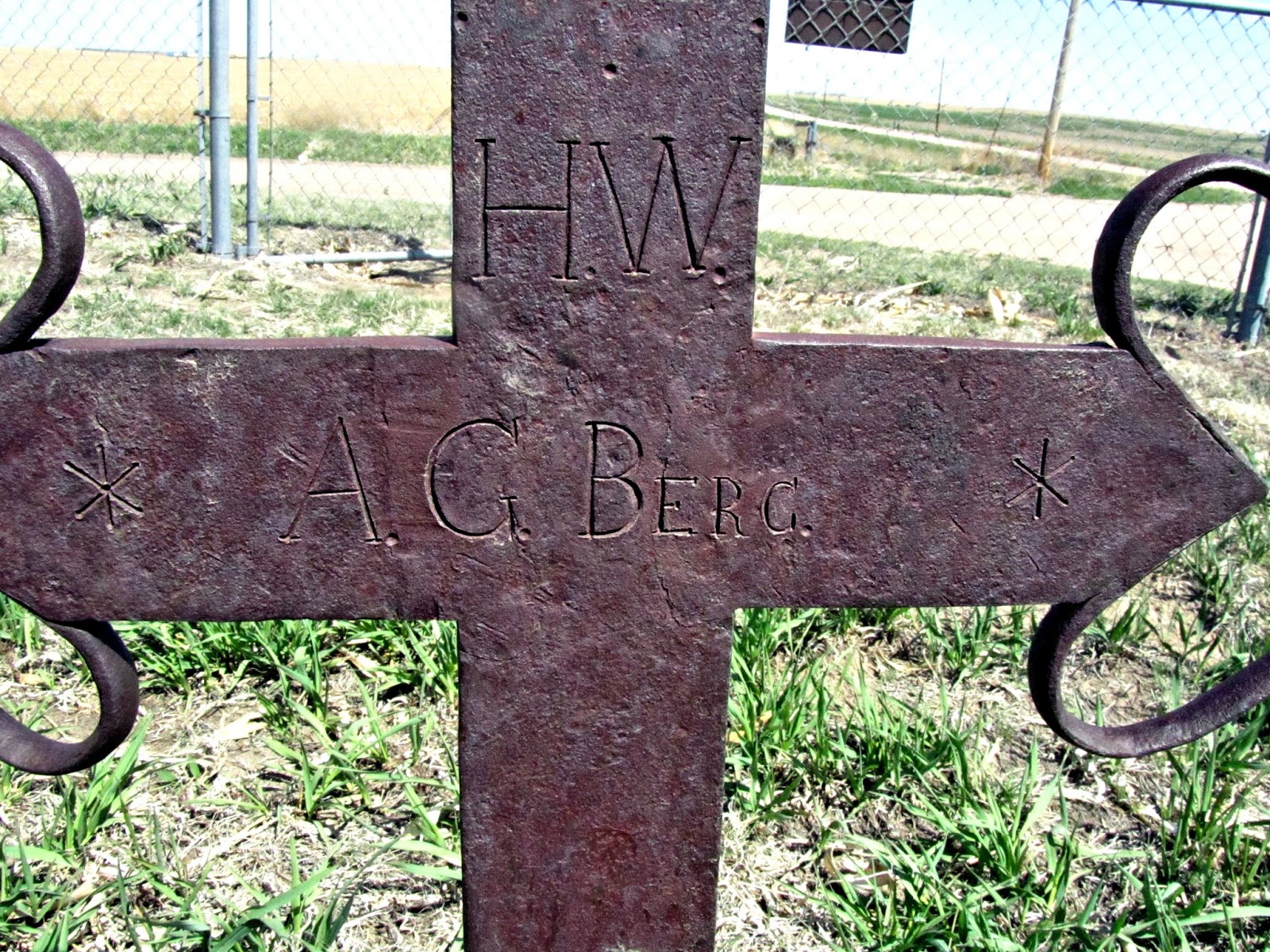 Good grief, you have one child make it for two years,
you begin to believe all will be okay with this one. 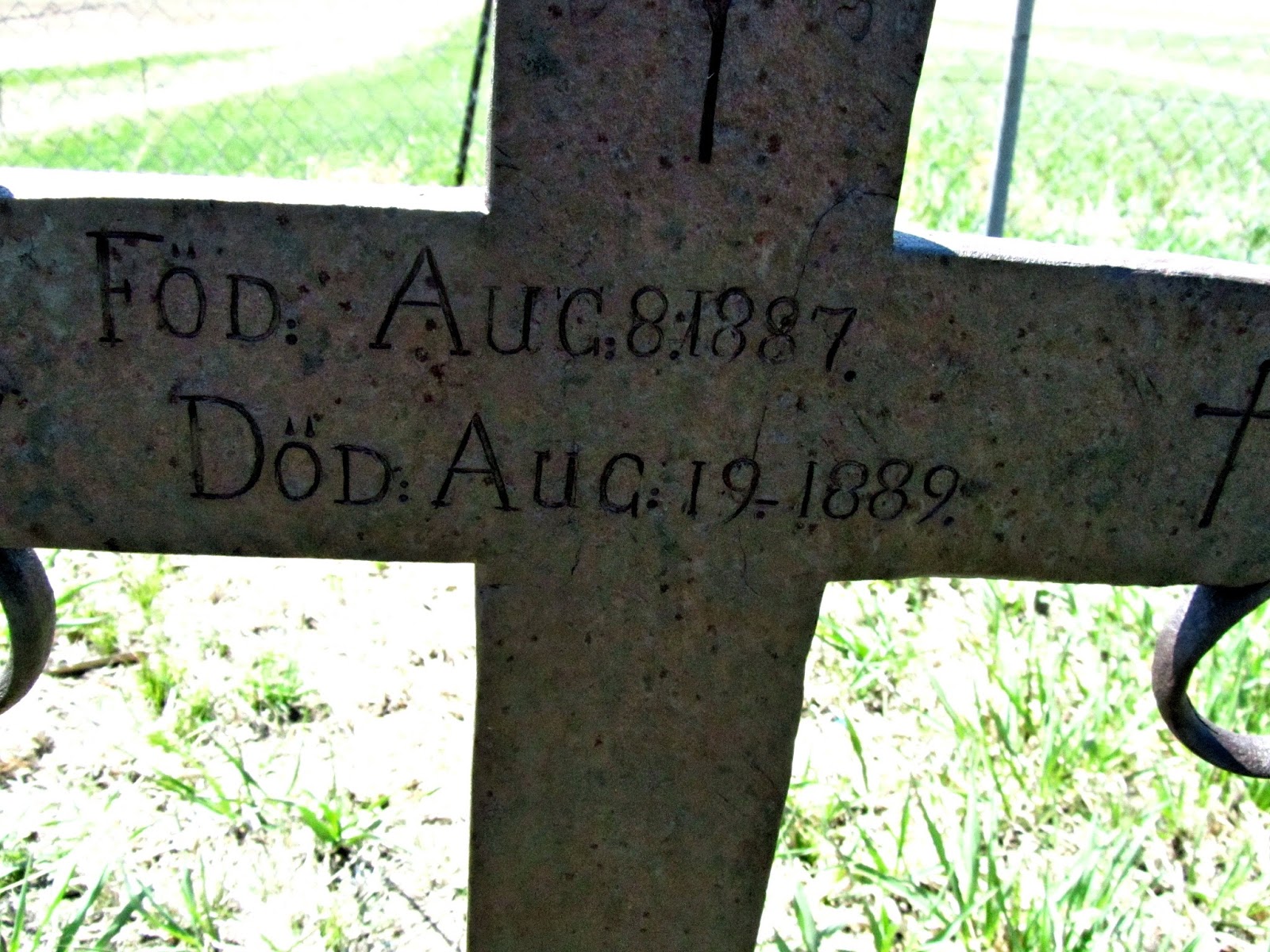 It is believed the grandfather sent to Sweden for the steel to fashion these crosses.
They were made with some really thick heavy duty metal.
It is also believed several neighboring children caught in a prairie fire are buried here without markers. 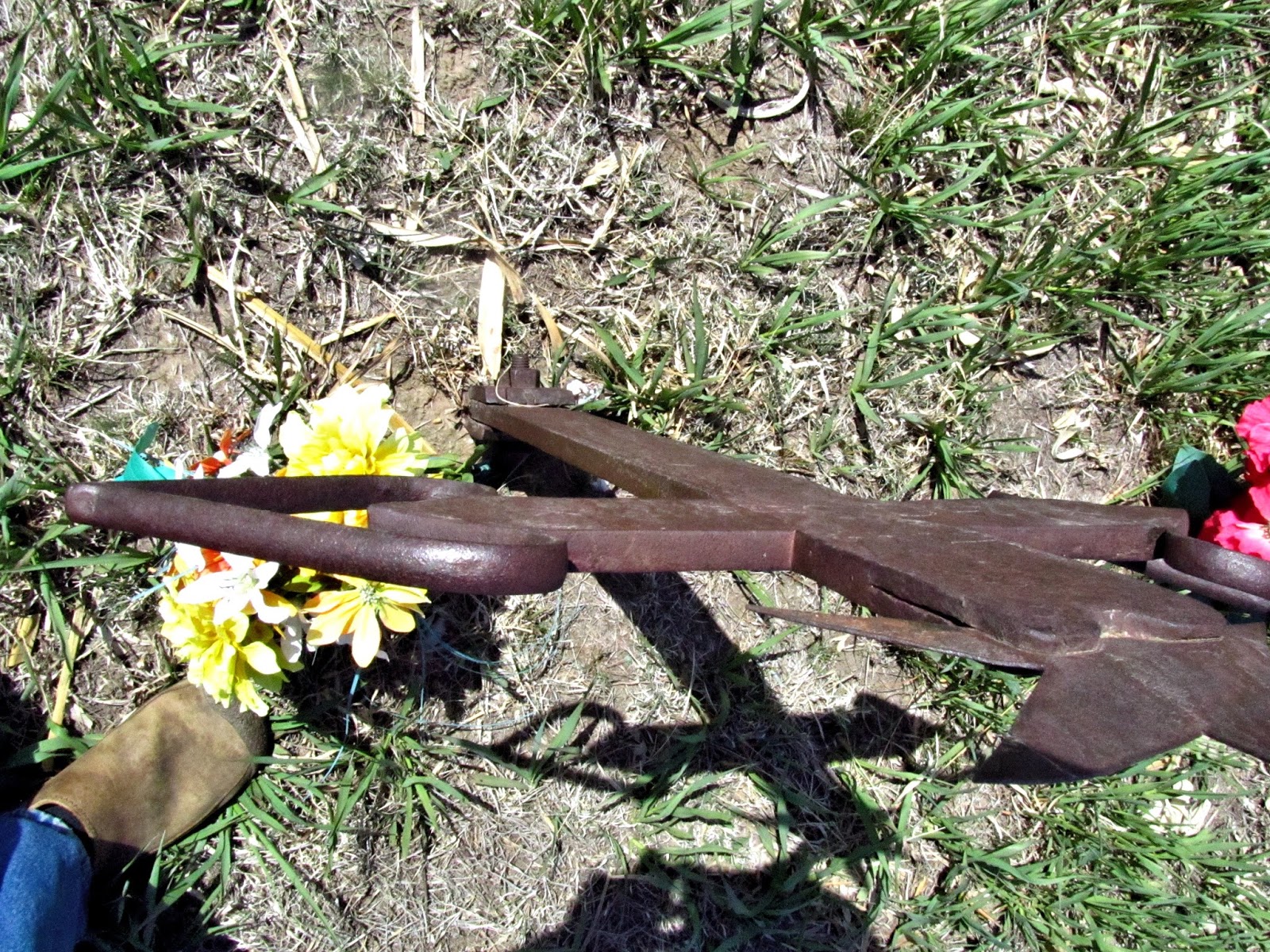 Just a lonely quiet dusty intersection of a Highway (yes, it is designated as Highway 47) 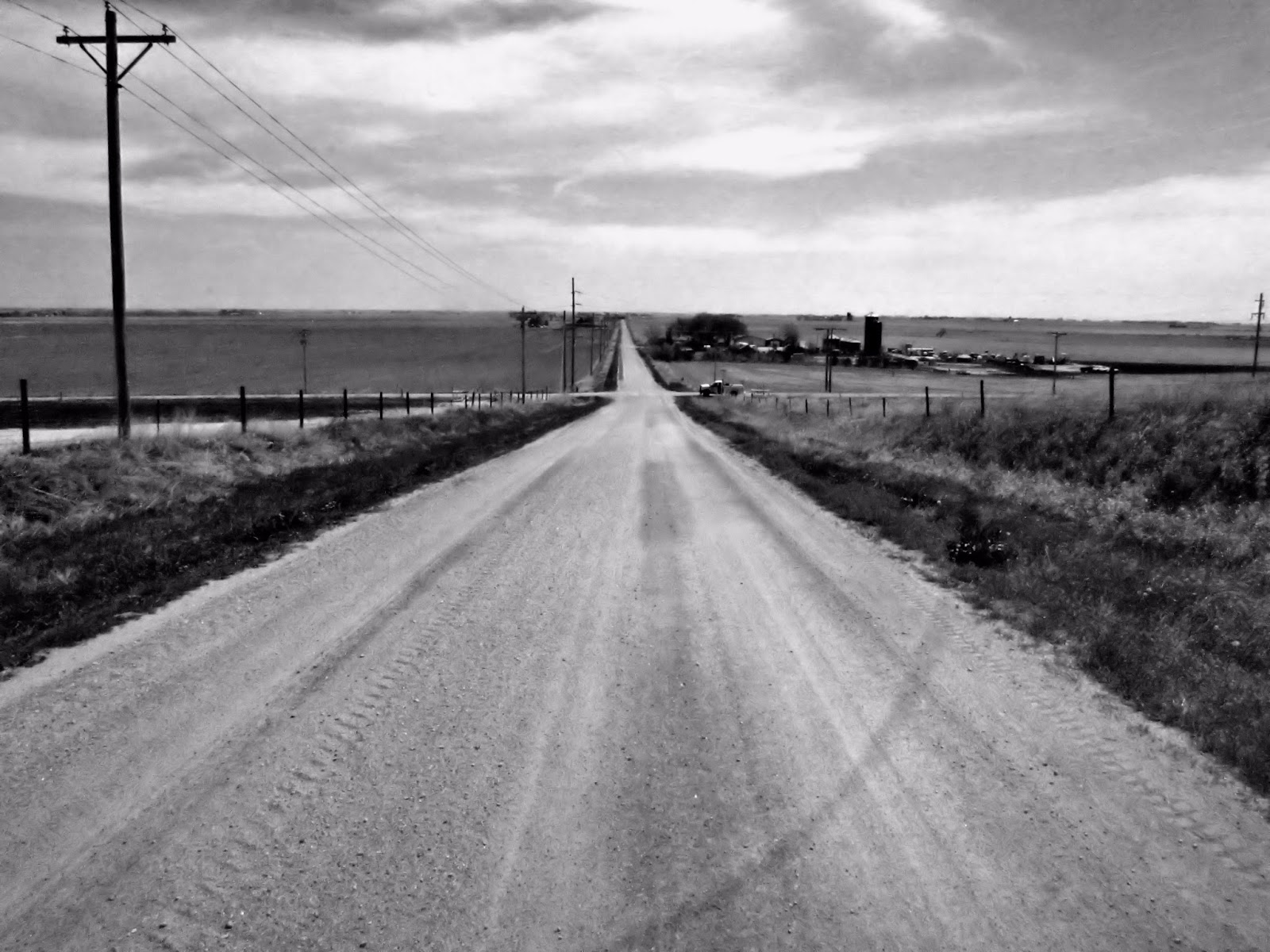 and country Road 769.  Boy it was neat standing there in near absolute silence of the prairie. The Bergs were blessed with four more children after the first three died.

How beautiful that the markers were made by the children's grandfather. Why did we stop doing that ourselves? Stone may last but is so cold and impersonal in my opinion. I'm also not a fan of the fake flowers at gravesites, is it just me?

wow, a lasting reminder of so much pain for one family and community.

Those markers are amazing! What tragedy for that family though.

Such tragedies for one family.

I just could never imagine what parents feel like who lose a child, much less two or three.

Love all your photos...so interesting.

So very sad. The crosses are amazing and I enjoyed your photos.

Love the black and white photos.

Love the black and white photos.

I will share this my friend from Sweden.
Thanks for the find!