I had Antique Archaeology of the American Pickers television show on my list of things to see two years ago when Sinbad and I toured the Great Plains.  We were in Iowa but at the time I didn't want to drive the extra miles out of the way to go see it as we were in the western half of the state steering towards home.  On this trip me made a point of it as we diagonally cut across Illinois.

Le Claire is a nice little town that sets on the bank of the Mississippi River.
Just around the bend up ahead... 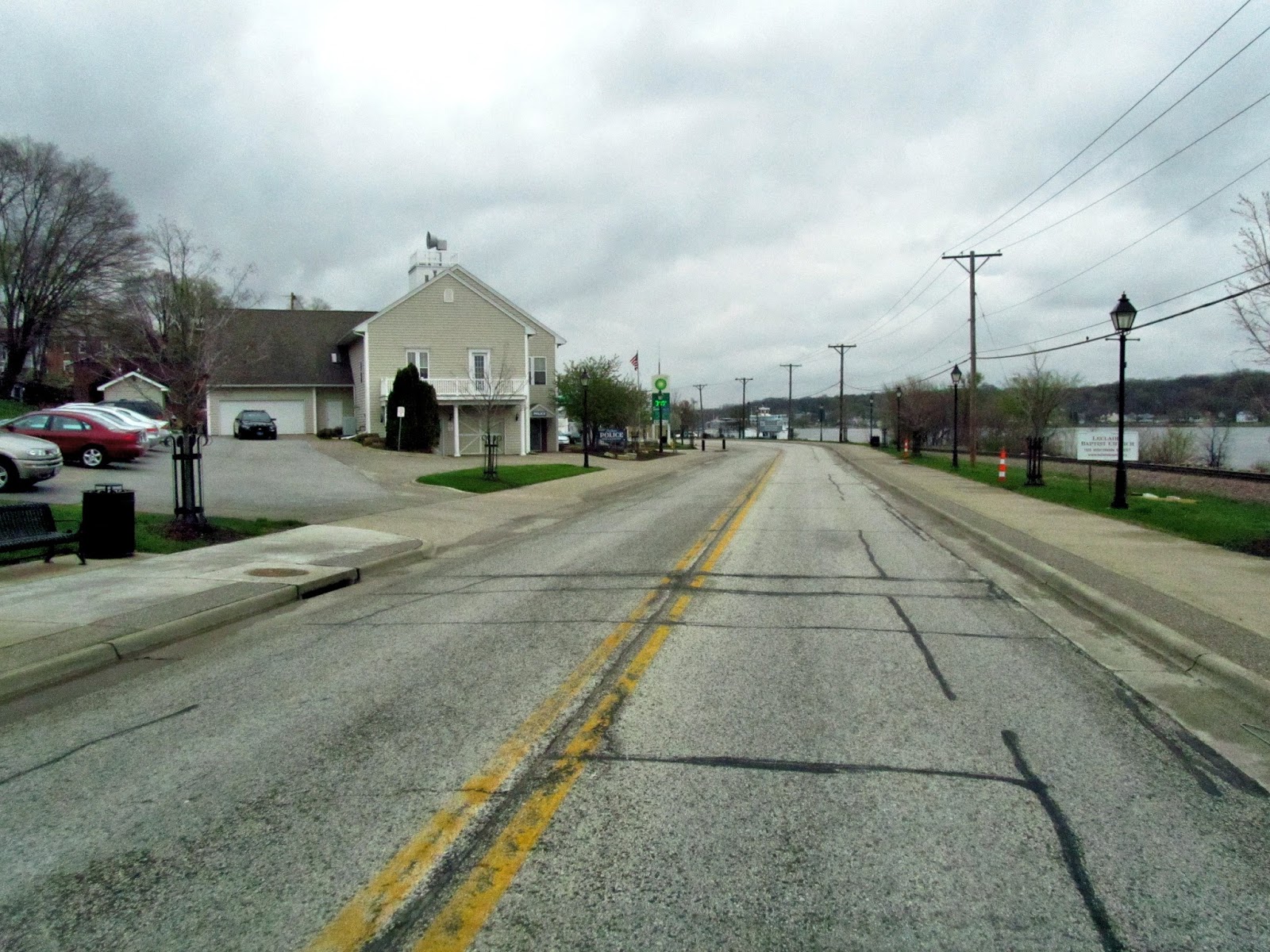 ...lies Antique Archaeology on the left. 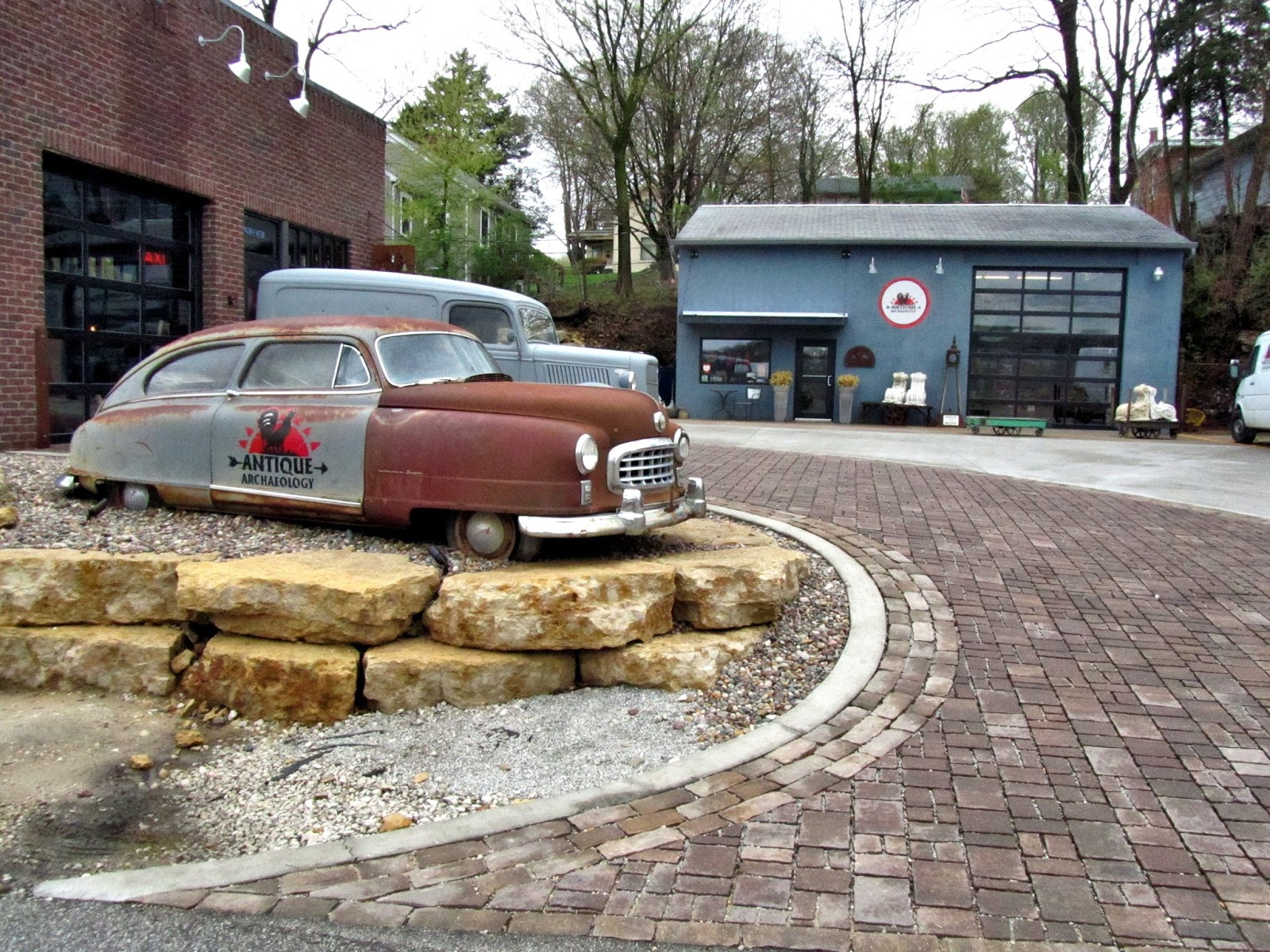 You can imagine my excitement seeing the the van parked on the grounds.
This meant the boys were in town and I might get to see Mike Wolfe and Frank Fritz. 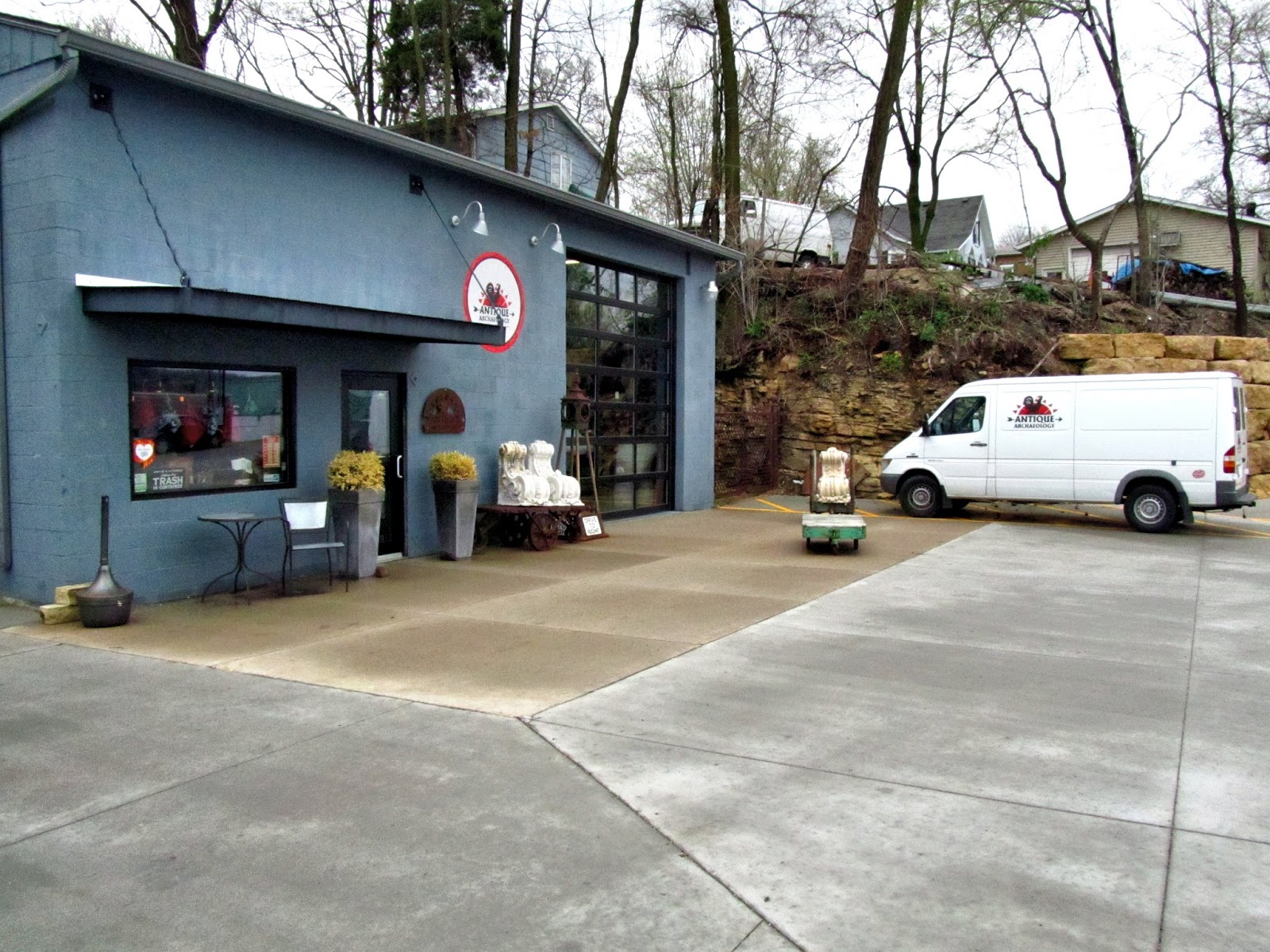 Although they are the main characters in the series travelling around the nation looking for "rusty gold" I consider the van too equal in fame.  Well I suppose that is because it is the very same cab and chassis as is the Little House on the Highway. 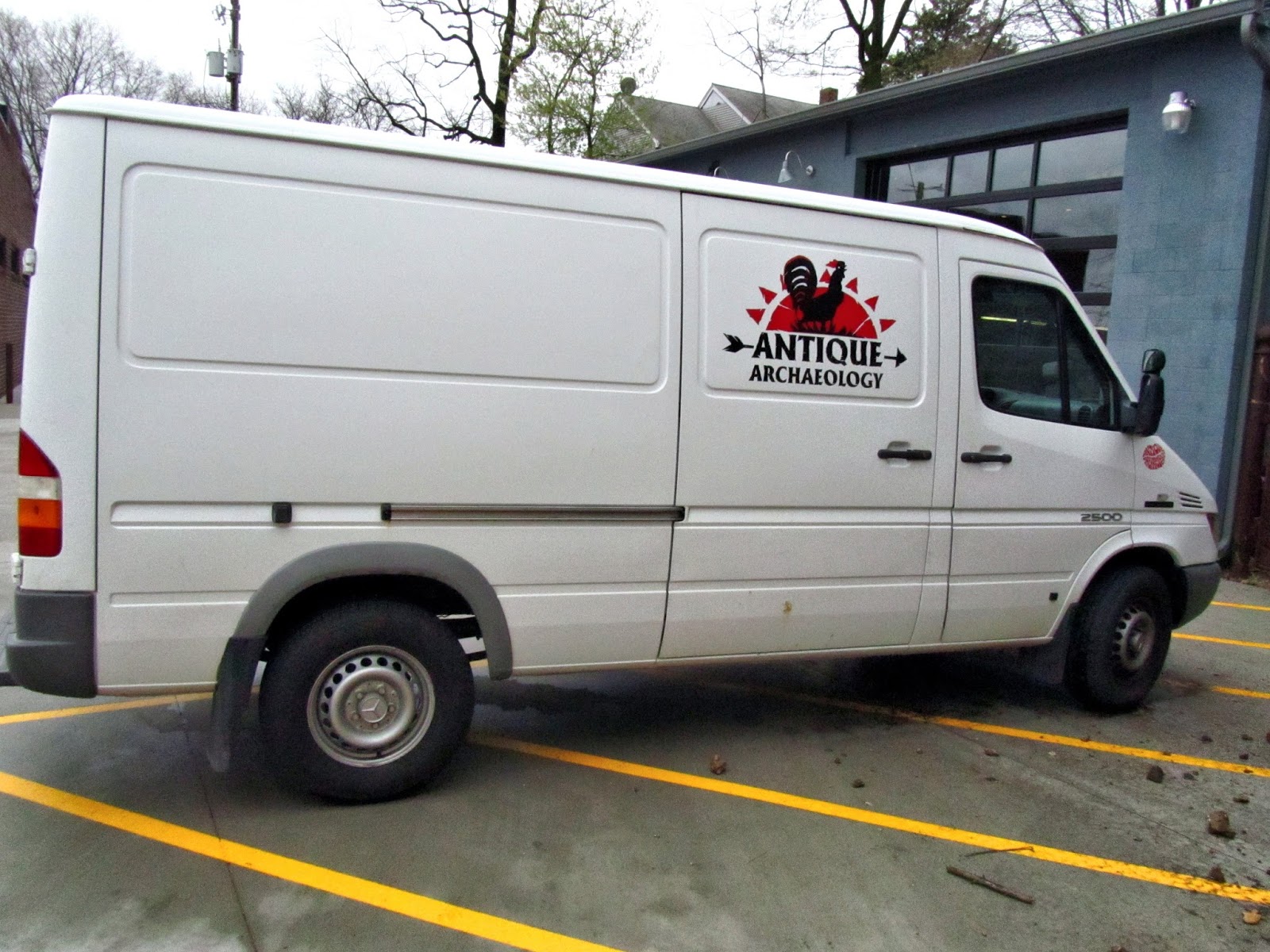 This is Mike and Frank's office.
Looks like our office except ours has rust colored seats. 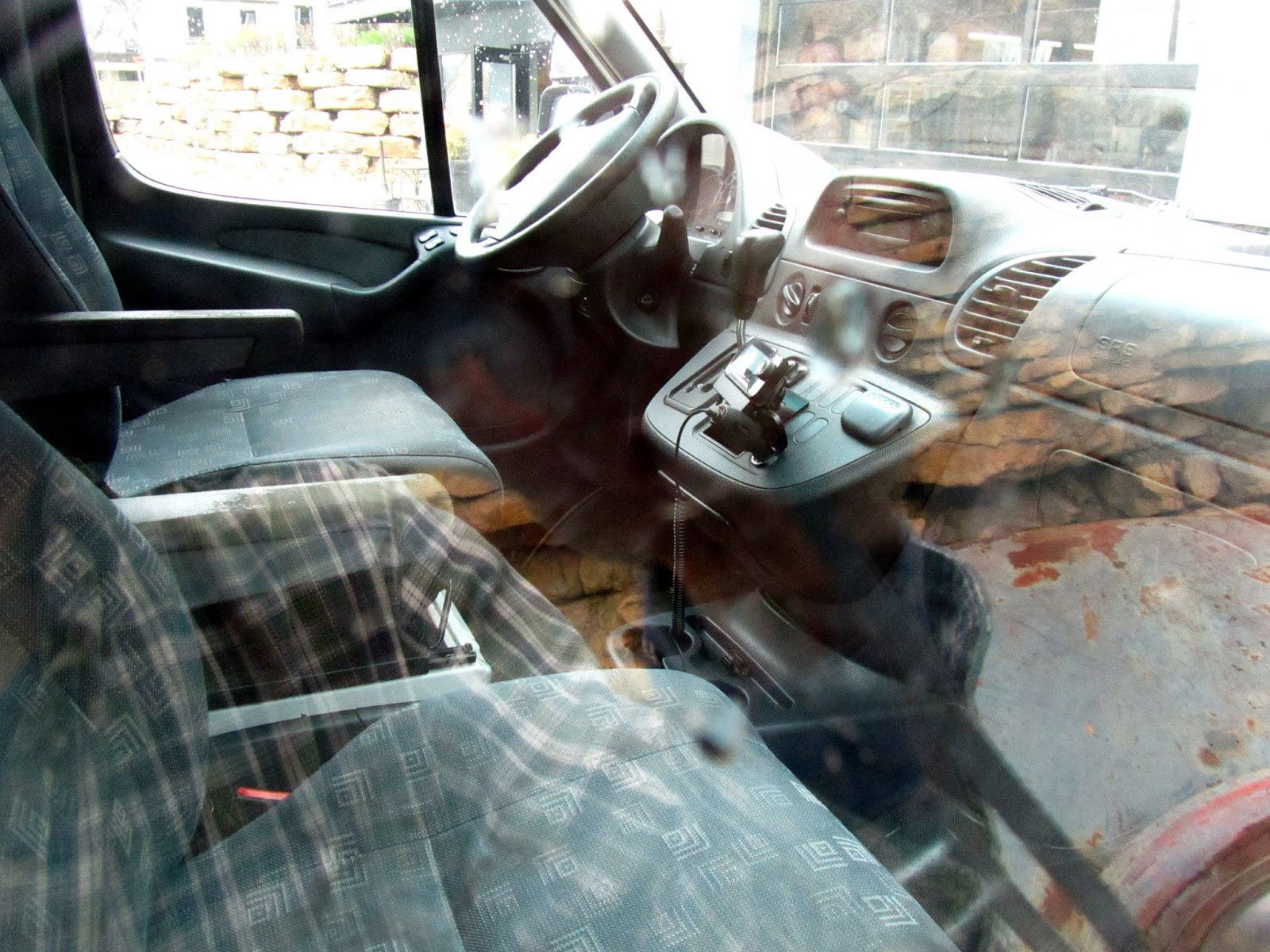 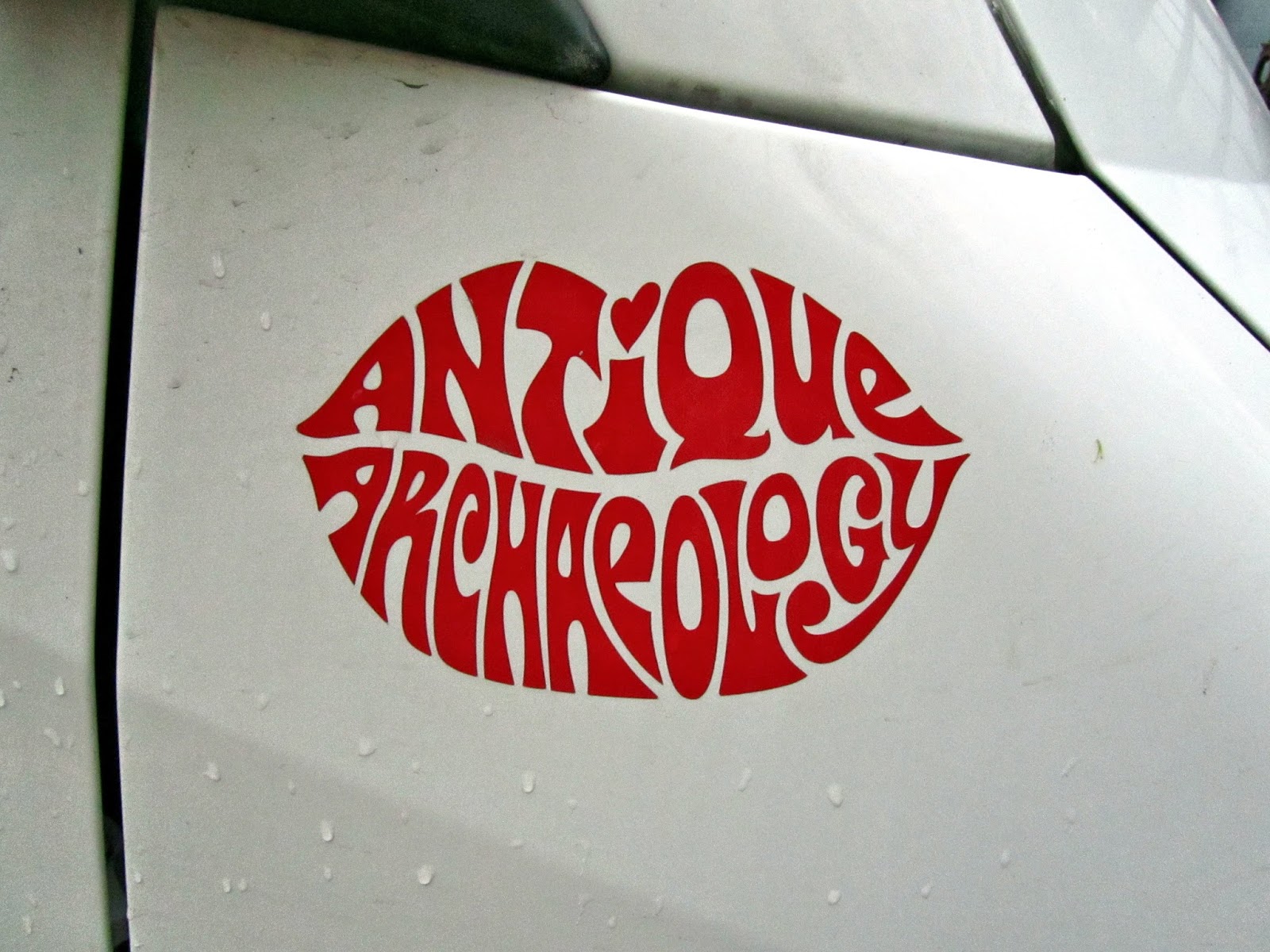 Thrown off alongside of the building in front of the parked van were a few of their pickings that perhaps didn't quite make the cut for being indoors. 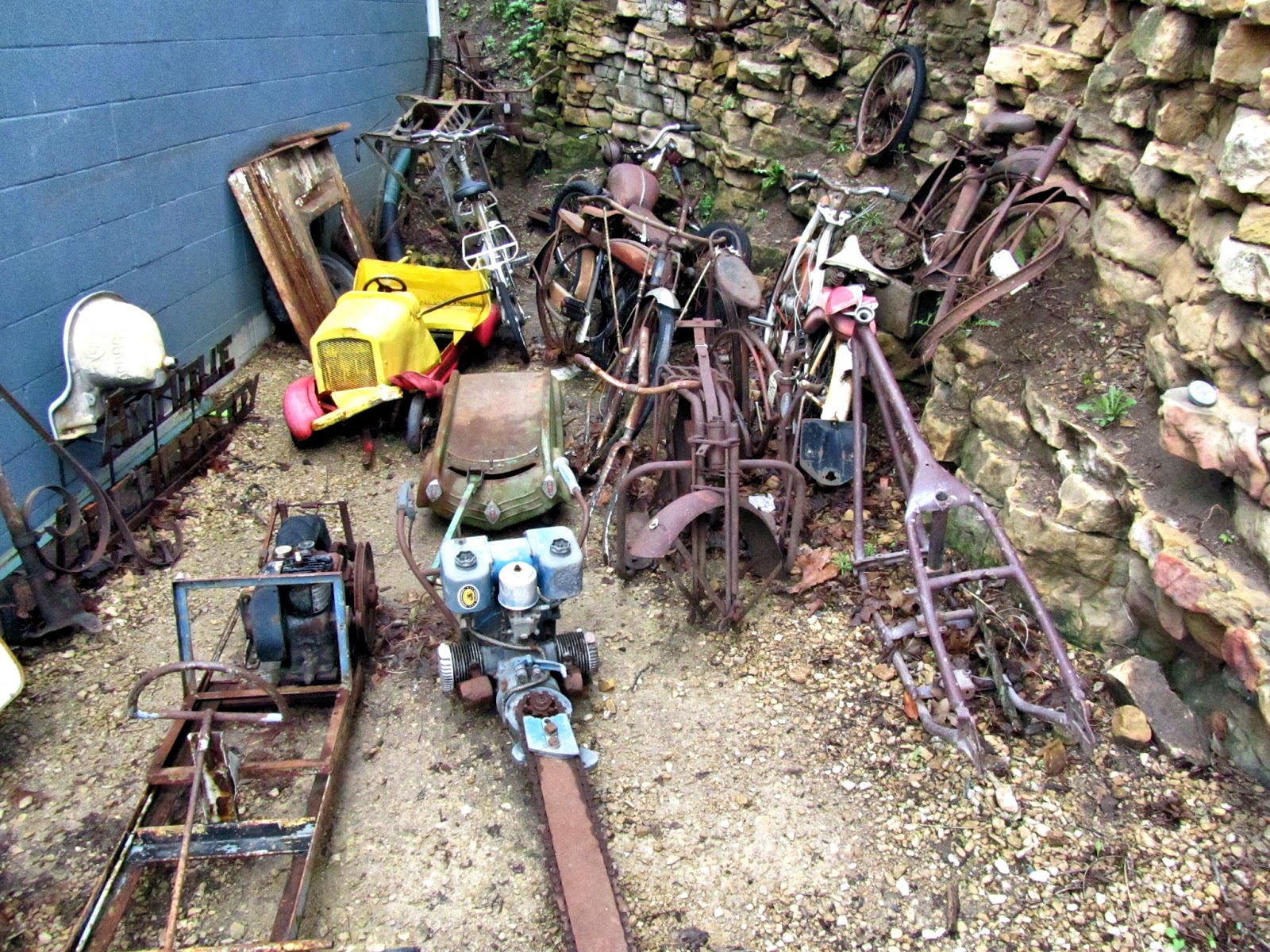 Never heard about them but that car in the second photo is the model for years of donald duck comics when it started here in the Netherlands in 1953. Looks all very promising.

There is some antique lying in the corner I see. Nice to find a twin van.

I'm not sure that I believe that they really do find all of the things they find - but the show is entertaining!

i don't watch the show but i know it has lots of fans. :)

We're fans, too. Can't wait for the next installment....
Btw, one of my favorite things on my bucket list is to travel the roads along The River.

I've never seen the show but I love seeing all the junk that's still outside their building!

Looking forward to the next installment.

Oh, my, I hope your entire visit was a win! I have always really liked the show.

I tried not to look too long.
For, I do see some bicycles and parts :)

I've never heard of the show. It must be on Cable TV here (which we don't have).

Yeah, in the last photo--I guess you've got to decide if it is indoor JUNK or outdoor JUNK. decisions, decisions...

I am quite a fan and you were actually there.