I had this on my list of things to see.  I knew it would be easy to find for it spans Interstate 80.
But I certainly didn't expect it to be on such a grand scale. 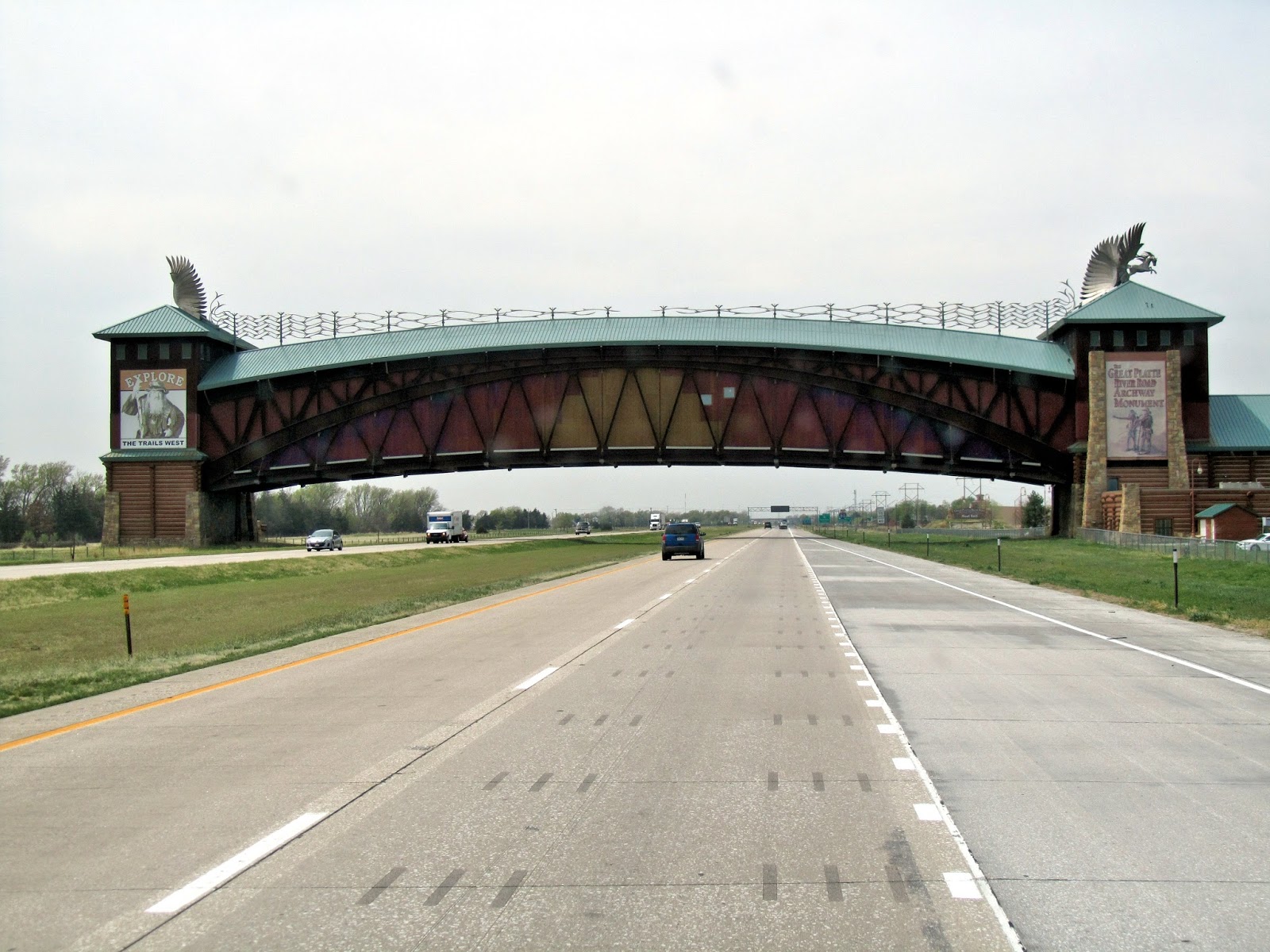 I was thinking a simple little enclosed walkway where you could look down upon the traffic below. 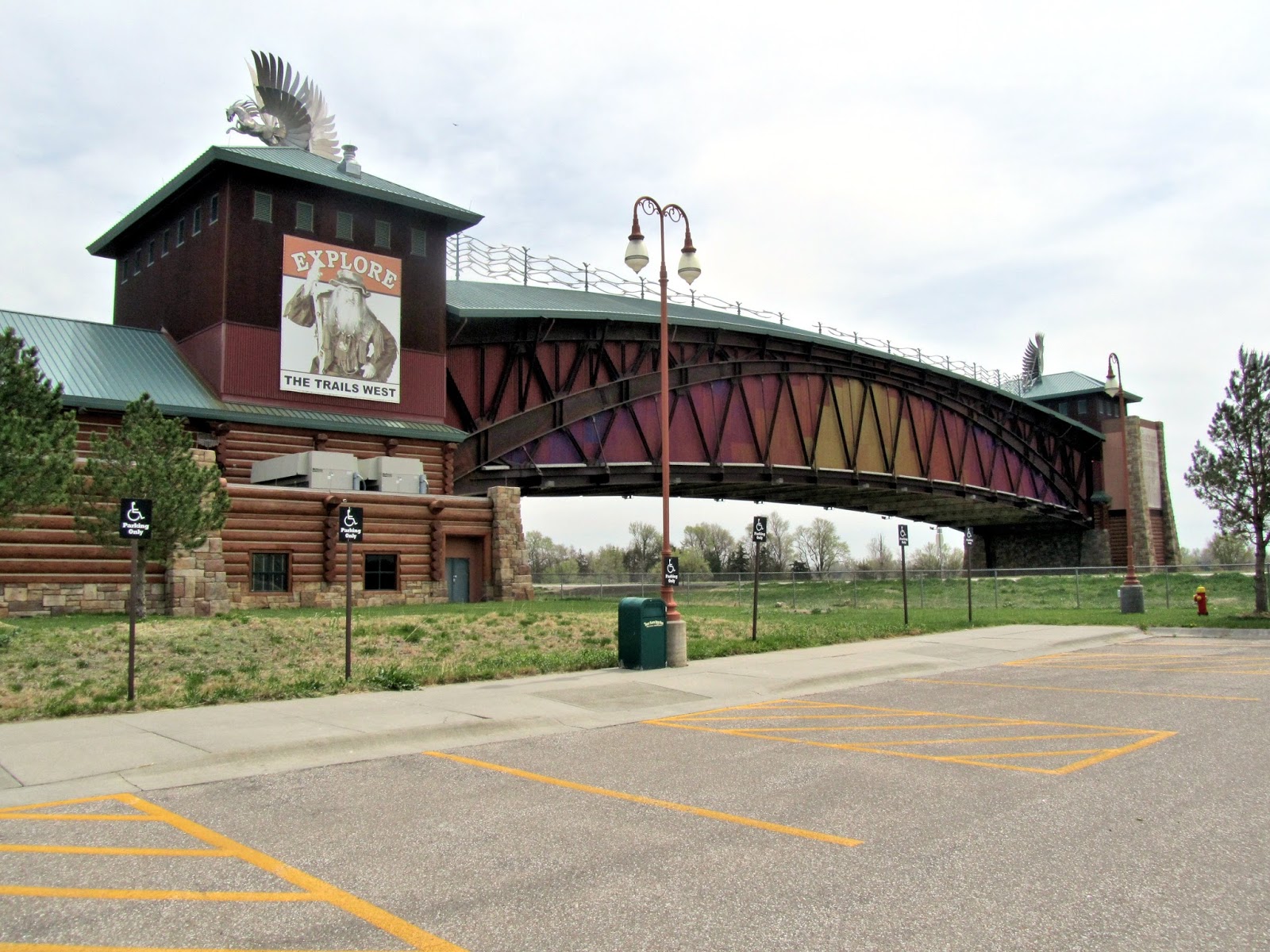 (disclaimer here: the following pictures I got off the Internet)
Okay, this was way more than I planned on.

Walking inside I was immediately greeted by a young lady wearing a prairie dress welcoming me to the Great Platte River Road Archway and asking if I was going to to see...something.  I don't know what she said for my eyes were fixed up this escalator ascending up into what looked like some creation out of Disneyland.  I could here music, voice recordings and sound effects emanating from the mouth of the cave above.  Finally I simply said, "I came to see the Arch".  She then guided me over to the nearby counter so I could purchase a $12 ticket.  Okay, I needed to think about this.

I wandered around downstairs, looking at things for sale in the gift shops and there was A LOT!
The tourist dollar was highly valued here.

I went into another little room that had a nice selection of brochures of more sites to see in the area. There was a lady sitting at her desk with a computer just in case you had any questions that perhaps she couldn't answer.  I think she was lonely in this room all by herself and so we had a nice visit.  What I found most interesting was her telling me of a visitor she had two weeks earlier.  The man said he had ancestors who came west on the Mormon, California and Oregon Trails all which joined together at Fort Kearney.  No one in his family had any interest in the history of their pioneering parentage and so he was here by himself.   He told the lady that his dream was to walk portions of the trails that still remain.  The man was 70 years old.  Hearing that story made my stop at The Great Platte River Road Archway complete.  Good for him and I hope the old guy fulfills his dream.