We were on our way towards Iowa taking a diagonal route across Illinois. After seeing Abe Lincoln's Boyhood Home I found we would be going right by his father's final home and farm.
I thought, Why not?
We arrived just before lunch time, and no tourists were there. Nice. It was a peaceful and quiet place and I walked into the Visitor Center.  There I learned a few things. Thomas had lost three farms due to boundary disputes and defective titles.  Abe never lived here.  While Abe was a circuit court lawyer he would stop by occasionally to visit with his father (a strained relationship) and step-mother (whom he got along with quite well). 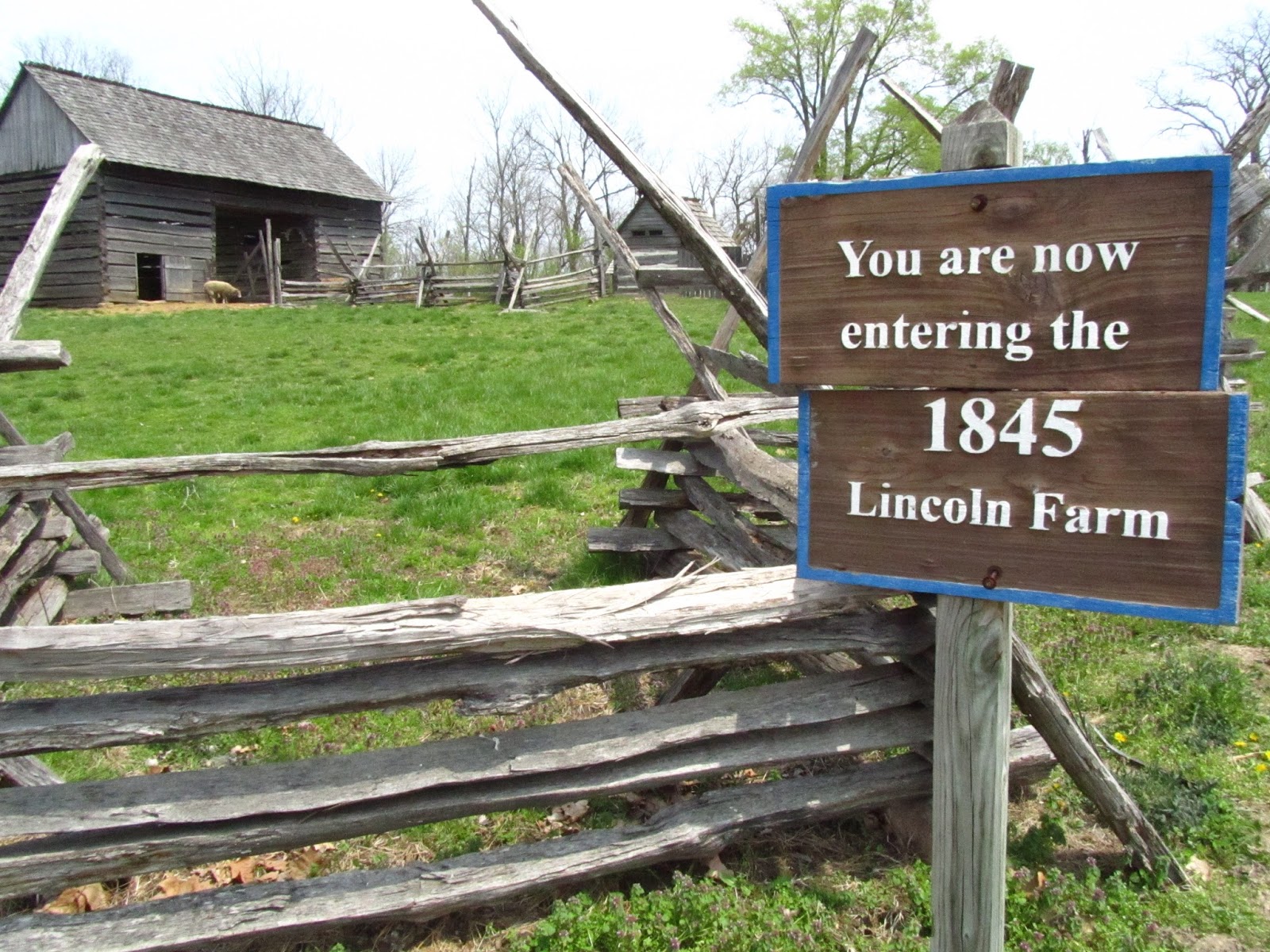 Here's the corker: In 1893 the original log cabin Thomas built was disassembled and shipped to Chicago for the World's Exposition.  After the fair they lost it!  How can you lose a log cabin?  Burn it up as firewood, which historians surmise was its demise.  So what I was seeing was another reconstruction based on photographs taken before it was lost. 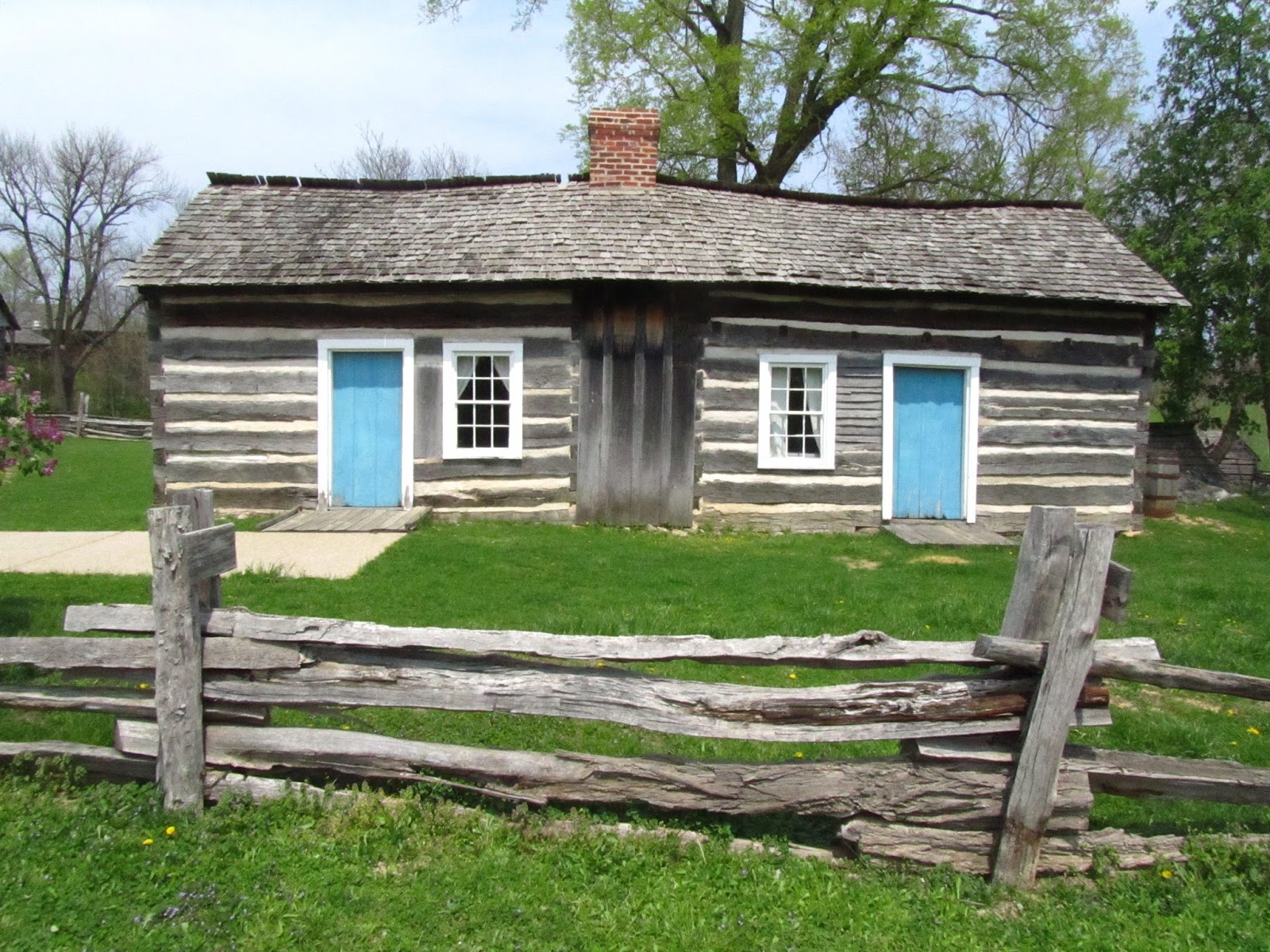 I was pretty well disillusioned after two days of this sort of thing so I took a picture of the chickens. 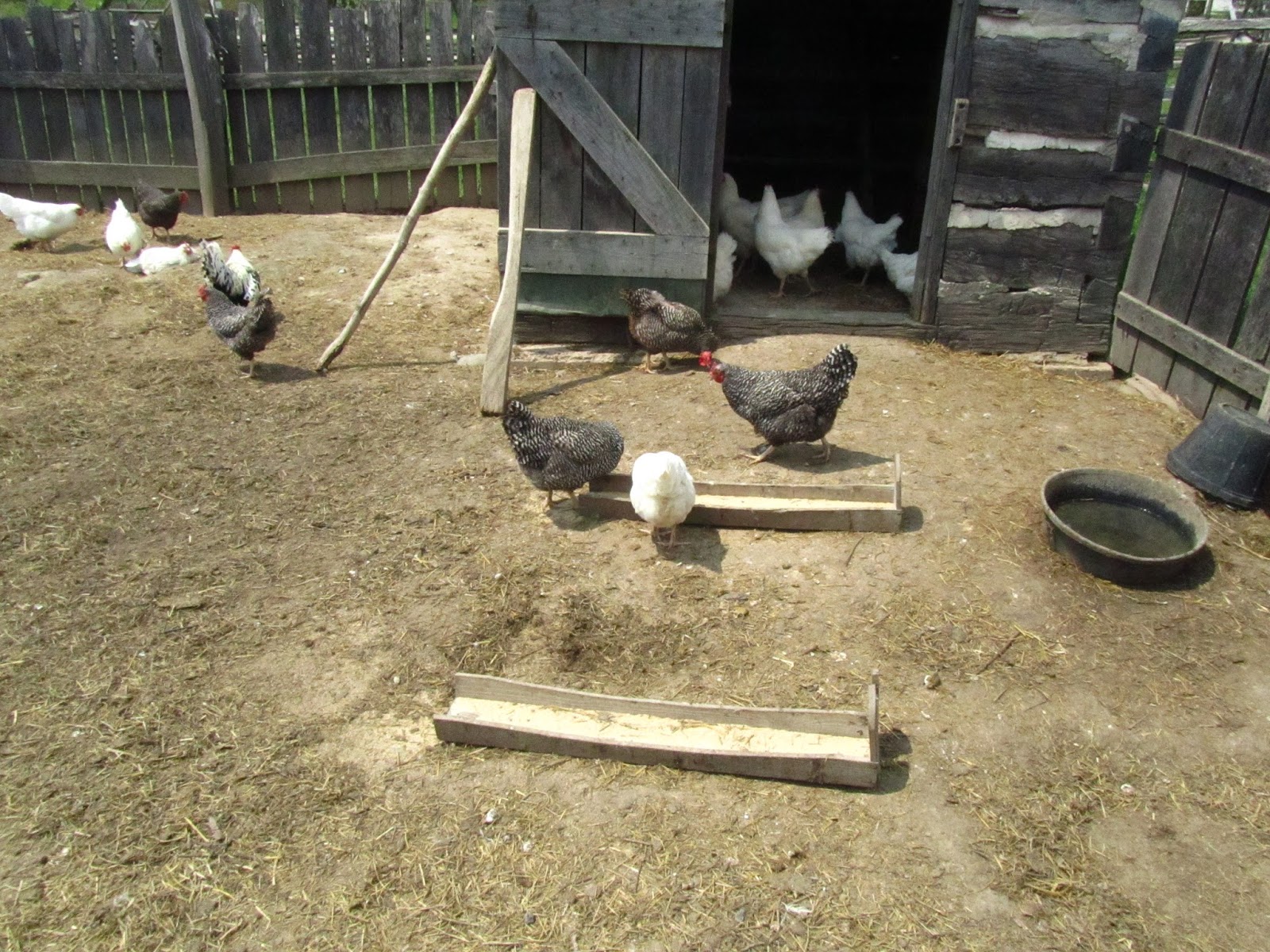 I then went back to the Little House on the Highway, let Sinbad out for a walk and ate some lunch. 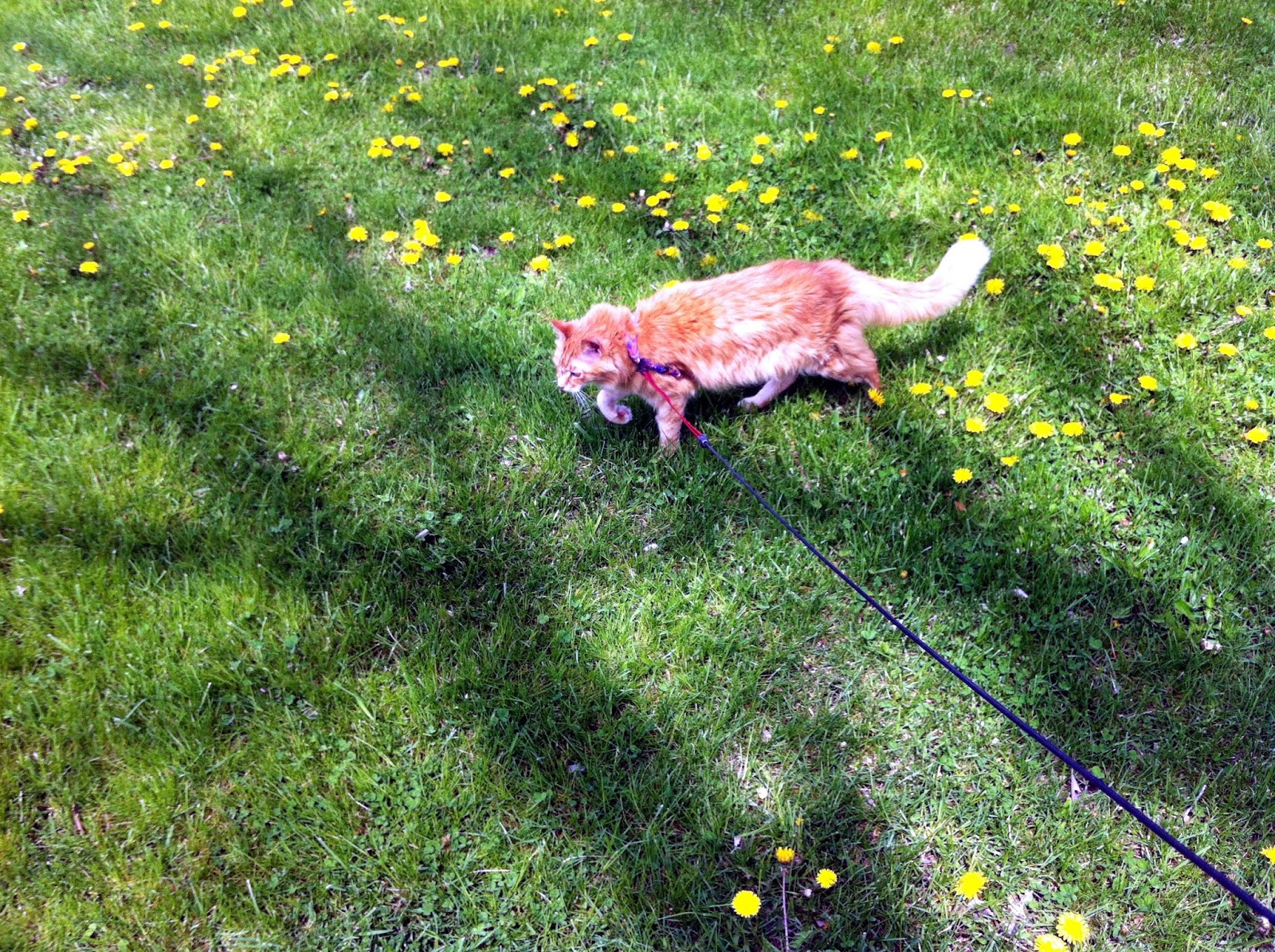 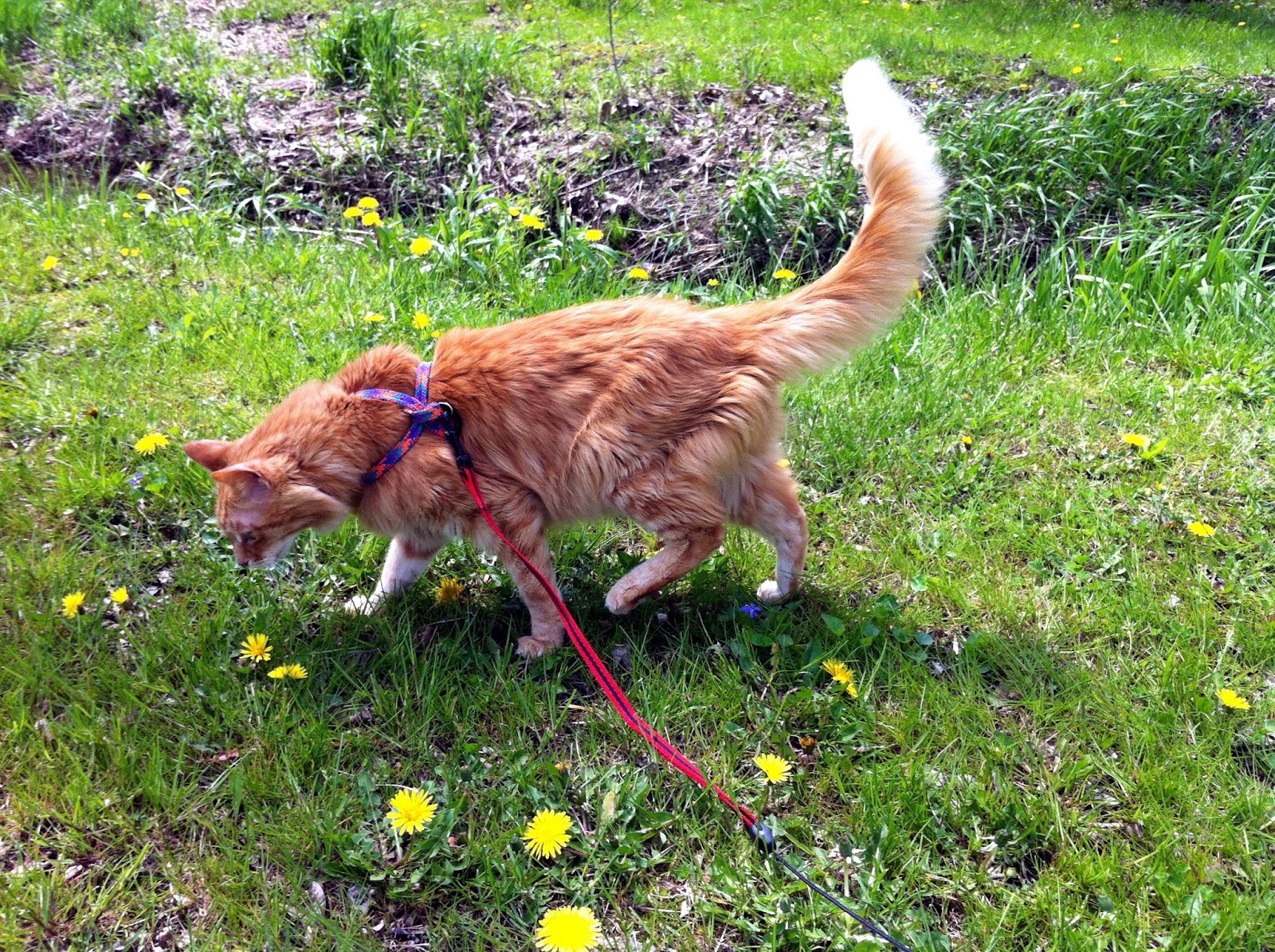 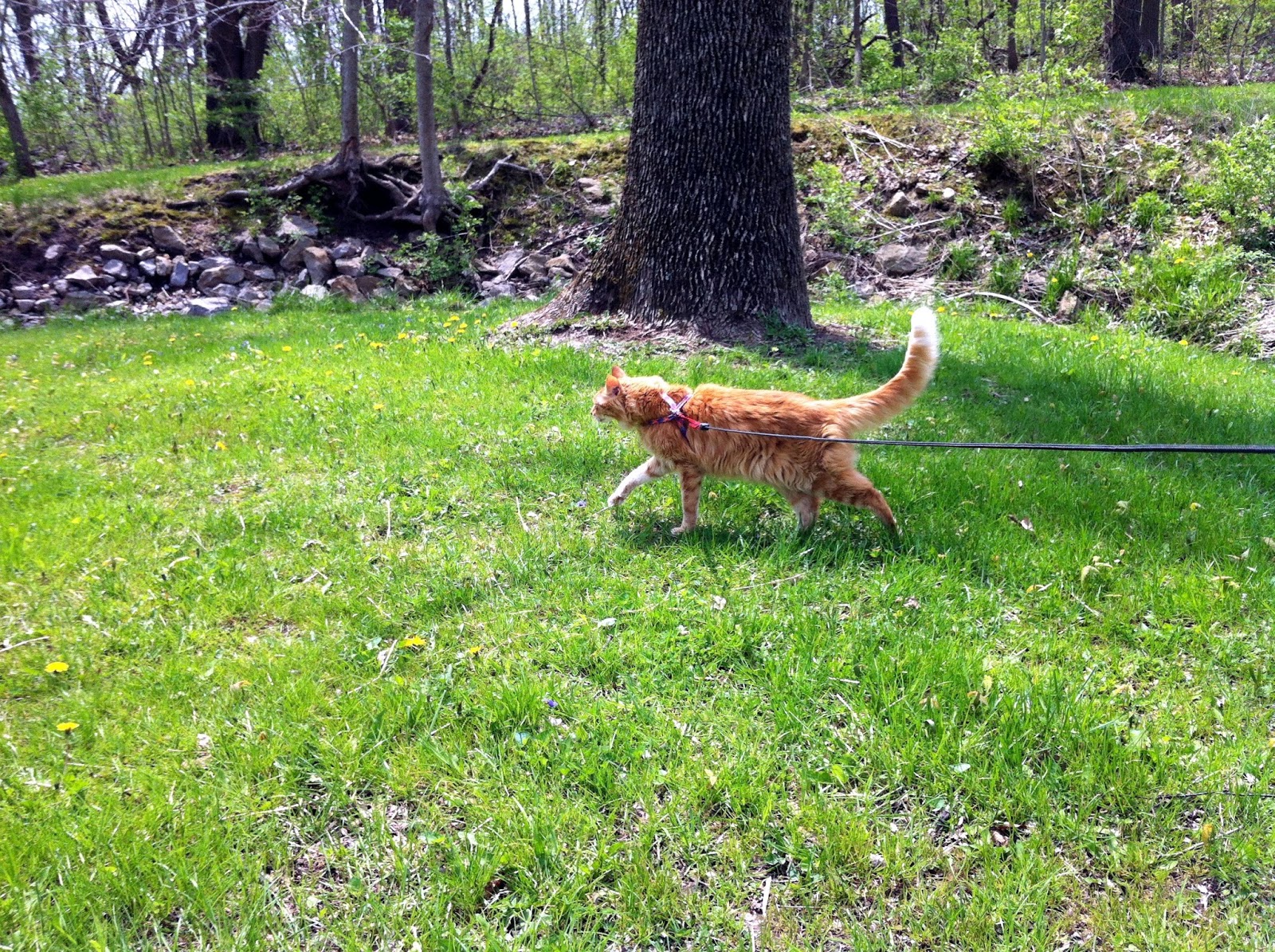 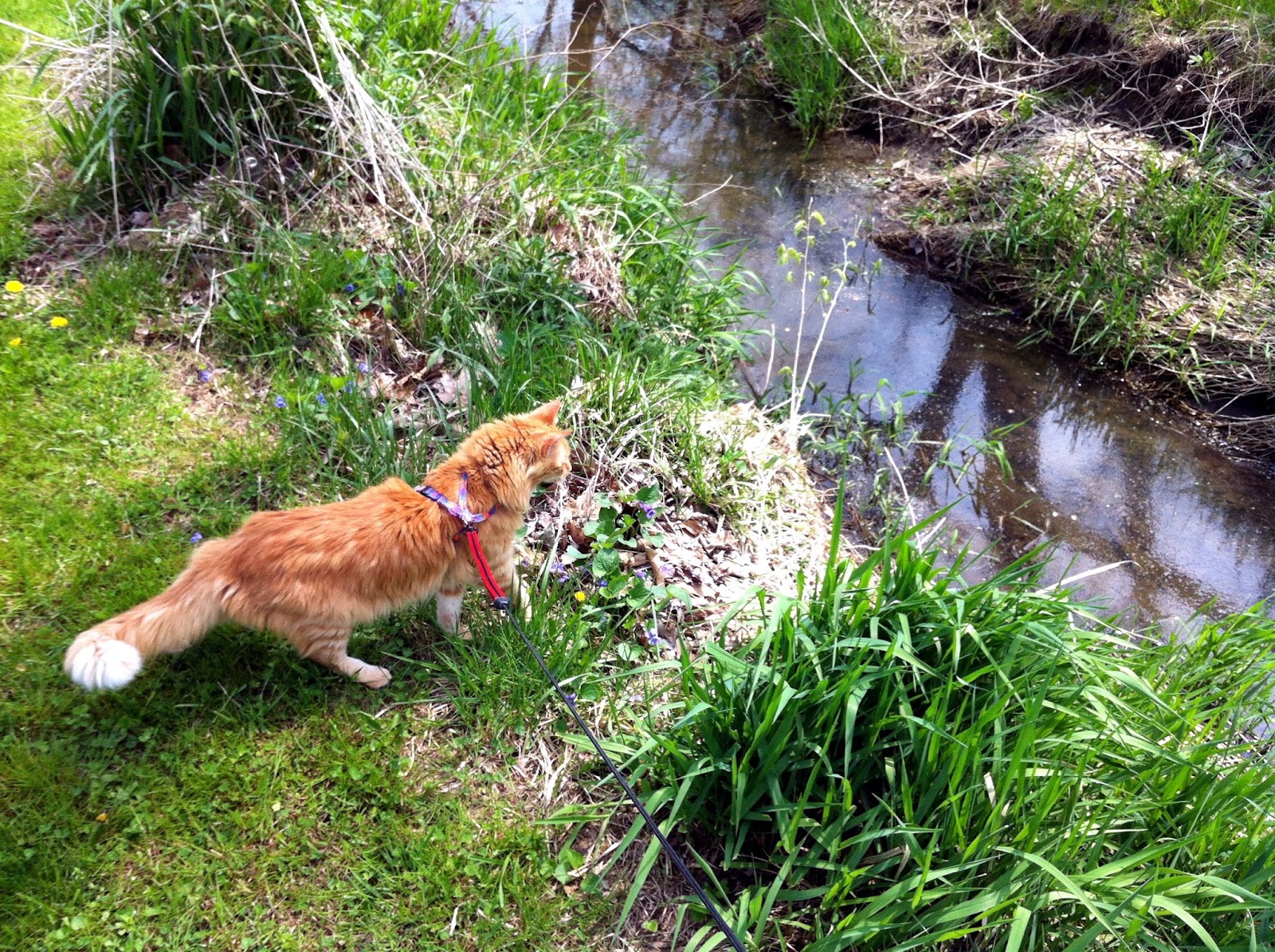 So sweet Sinbad walks with you like a dog. Our fomer cat did so too, but Sofietje is afraid of her own shadow. They lost the cabin, that is very strange indeed. I can imagine your disappointment.

chickens and sinbad - nice save! :)

Whew- good thing those chickens were there! LOL I would have been disillusioned too. Sinbad is one smart kitty- stay away from that bad wet stuff!

When I saw the sign "you are entering 1845" I thought this was a post about the current Prime Minister of Australia!! (not a forward thinker!)

So glad I was wrong!

Great shots of Sinbad the Explorer! You remind me of Steinbeck and Travels with Charlie.

Pretty hard to lose a log cabin, me thinks! I guess it was hard getting good help even back the.

I LOVE the photo of Sinbad and the water. :)

Never the less a great post...I wish our cat would actually walk when on his leash, he becomes paralyzed, and I have to carry him. Hmmm, maybe he is smarter then me?! Enjoy your day!

I would have loved to had the opportunity to take pics of the chickens! I cannot see my cats acting as well behaved as Sinbad...