One of the other attractions at the Sod House Museum was a sculpture of a bison made completely from barbed wire.  The story behind the creation as was told to me went something like this:

After Merle built the sod house many years ago his friends said he needed a buffalo. Then one friend chimed in saying he could buy a sculpture of one made from wire. “Well I can do that” Merle said and so people around the area gladly donated their unwanted wire, for back then there were no recycling centers and you couldn't just put unwanted barbed wire in a landfill. That winter he and his son worked at creating the buffalo.  When they were done they realized it was too heavy to move with their tractor. So they had to hire a truck with a hoist to transport the beast to the site. 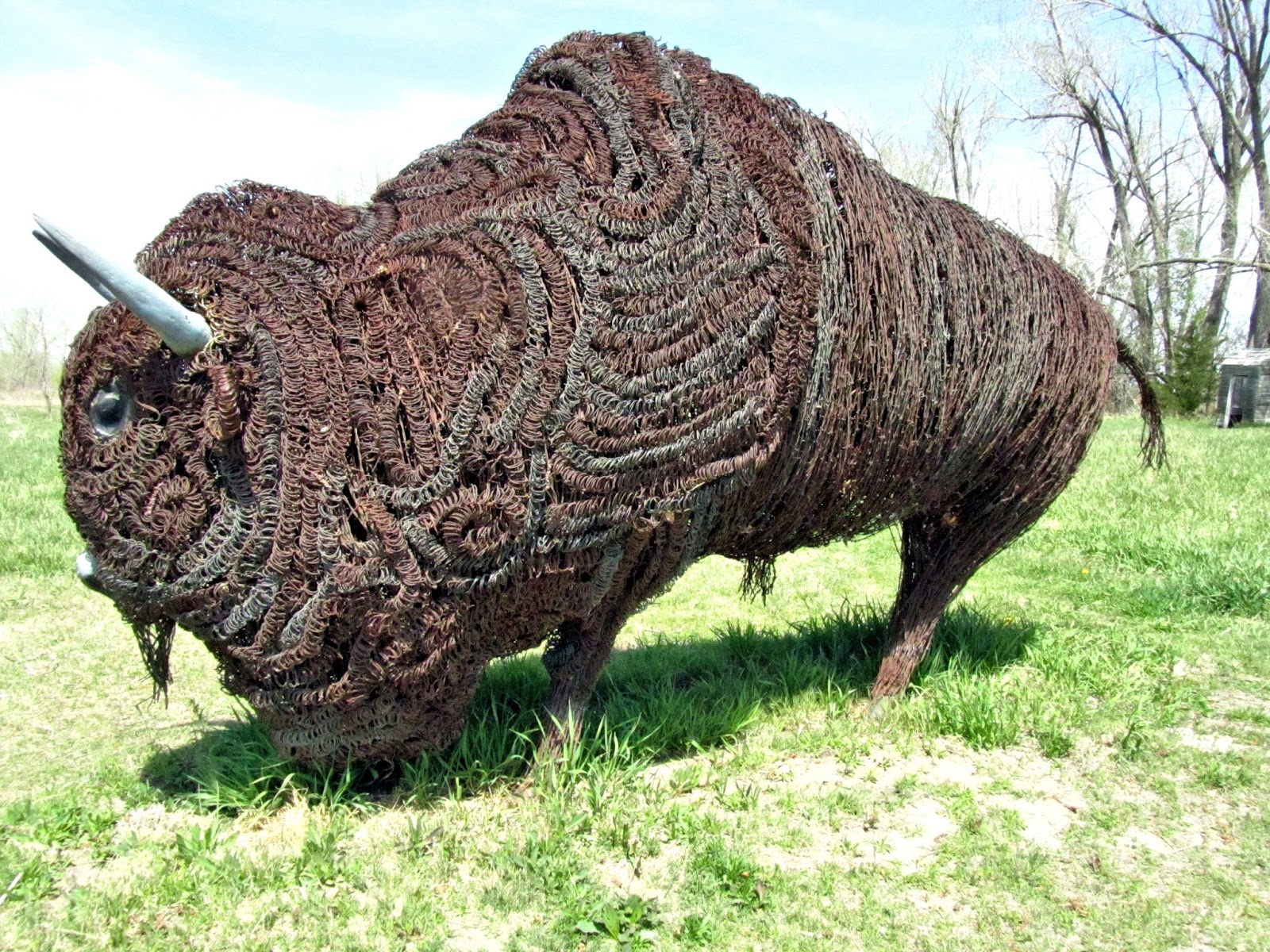 I cannot even begin to imagine bending all this sharp pointy wire in such tight coils. 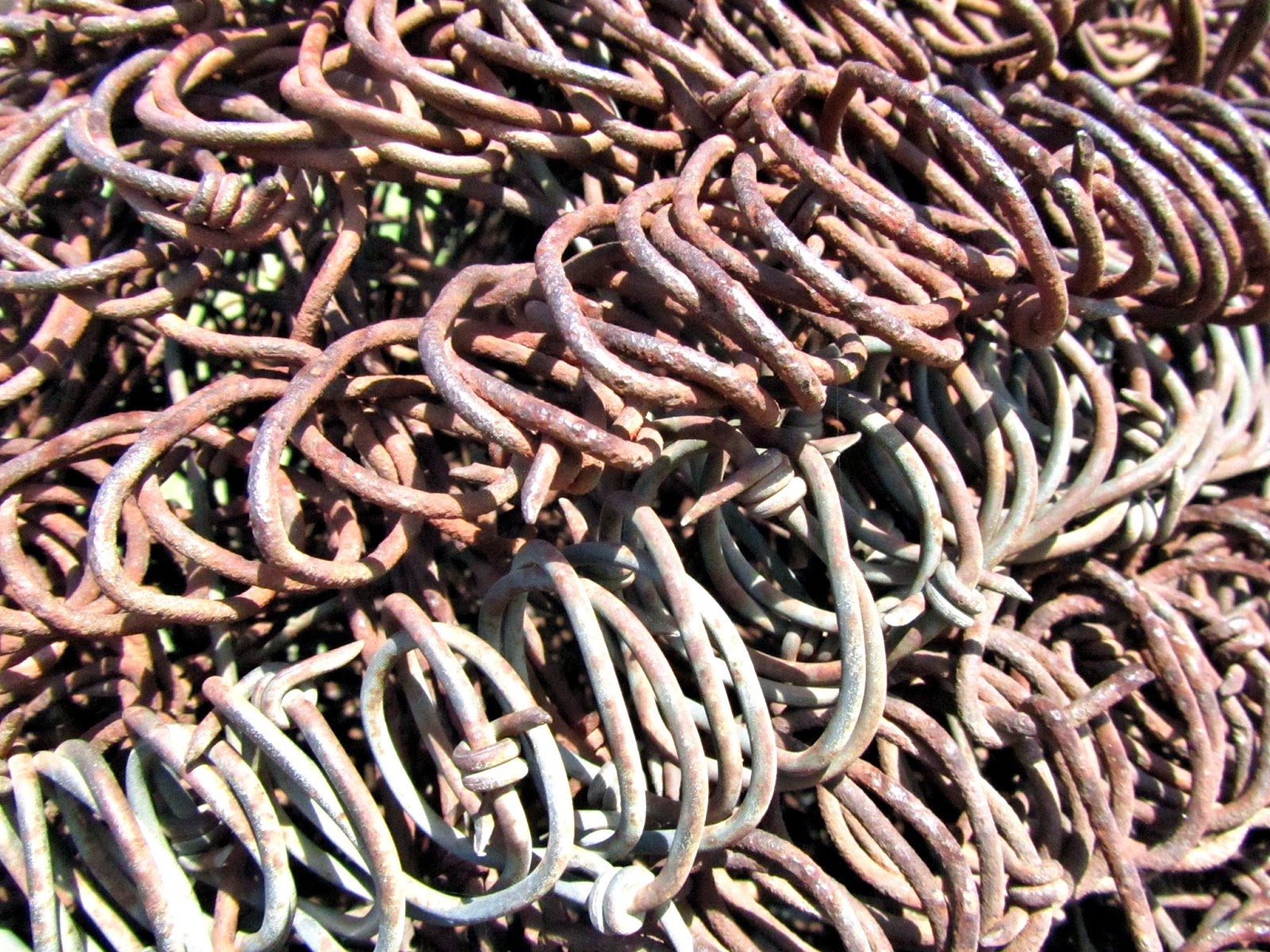 Meanwhile people kept dropping off their unwanted barbed wire and he couldn't stop them from doing so. So he went and made a horse with an Indian on it. 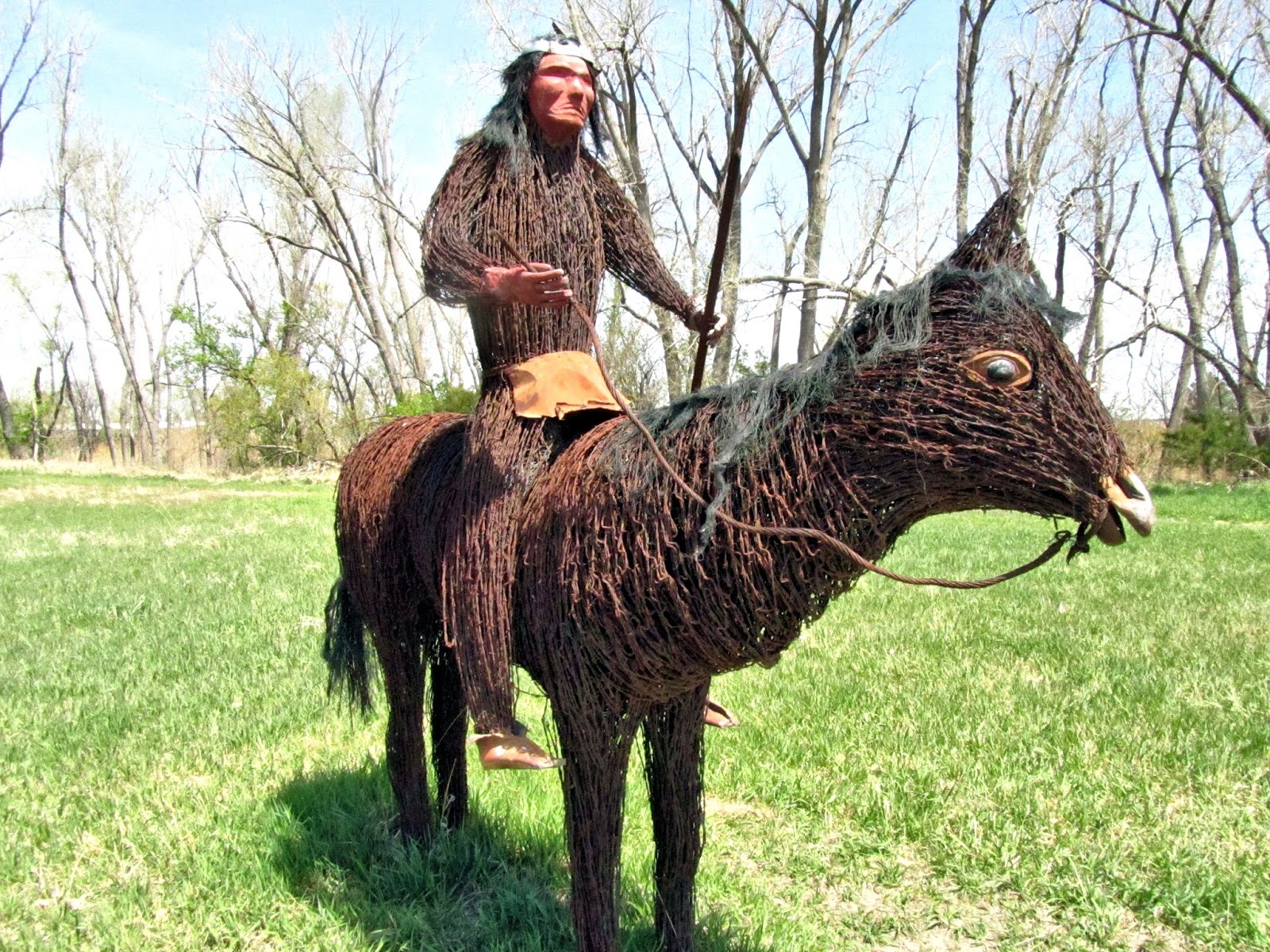 There were no other sculptures so I guess Merle finally got the farmers to quit dropping off their unwanted barbed wire, or they simply ran out of the stuff.

Great creations here John. Its just what determined people can do if they set their mind to it.

That is amazing, have never seen this before. The buffalo is great, the artist is very talented for sure.

What an amazing piece of work. All the times I used to trip over unwanted wire in my farming days and I never realised I had the raw material to make a bison. How unimaginative is that?

How creative, and affective. From a distance the Bison could easily be mistaken for a real one.

What does a Buffalo say when his son goes to college?

Wow, that must have been quite the project. I can't imagine working with that stuff.

These last couple of posts were very interesting. I have a photo of my grandparents and their family which included my dad in front of a log house that looks very much like the photos of the sod house families.

Awesome.
I thought I saw the bison in the b/g, in the last post, but I wasn't sure it wasn't my eyes playing games with me.

That is really amazing.

I love it when you find these folk art pieces. From afar the buffalo looks like a giant brillo pad. So cool.

It would have been worth the trip to see these!

Creative use of barbed wire!

That bison is completely cool! But ouch!