There were a couple of preserved Pony Express stations along Route 30, the Lincoln Highway.  It just made sense that what once was old Indian trails that eventually became pioneer and pony express routes would eventually become a main two lane road linking towns along the way and then ultimately Interstate Highway 80.

The pony express station in Codaz was locked.  I guess it was there just to look at. 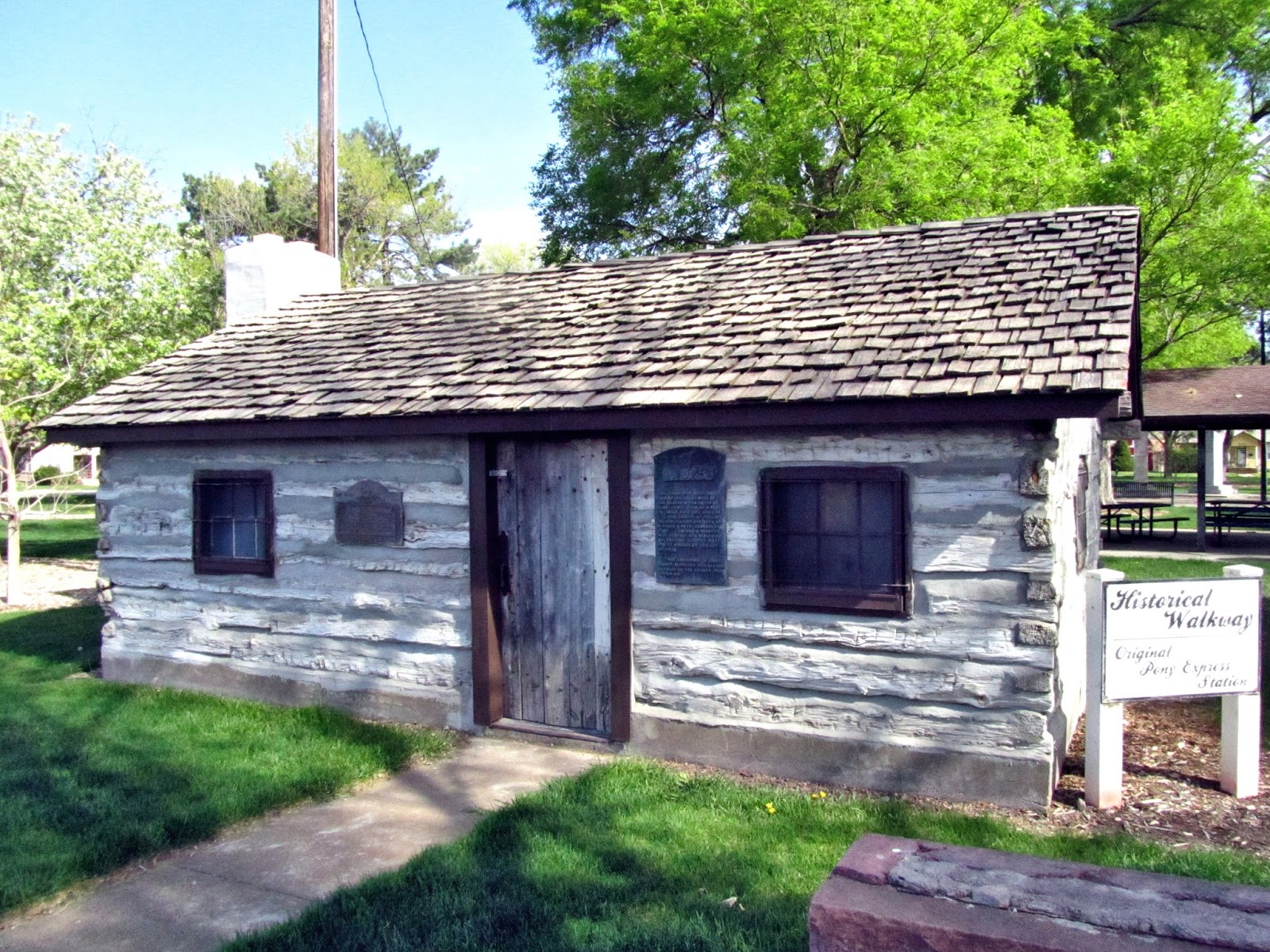 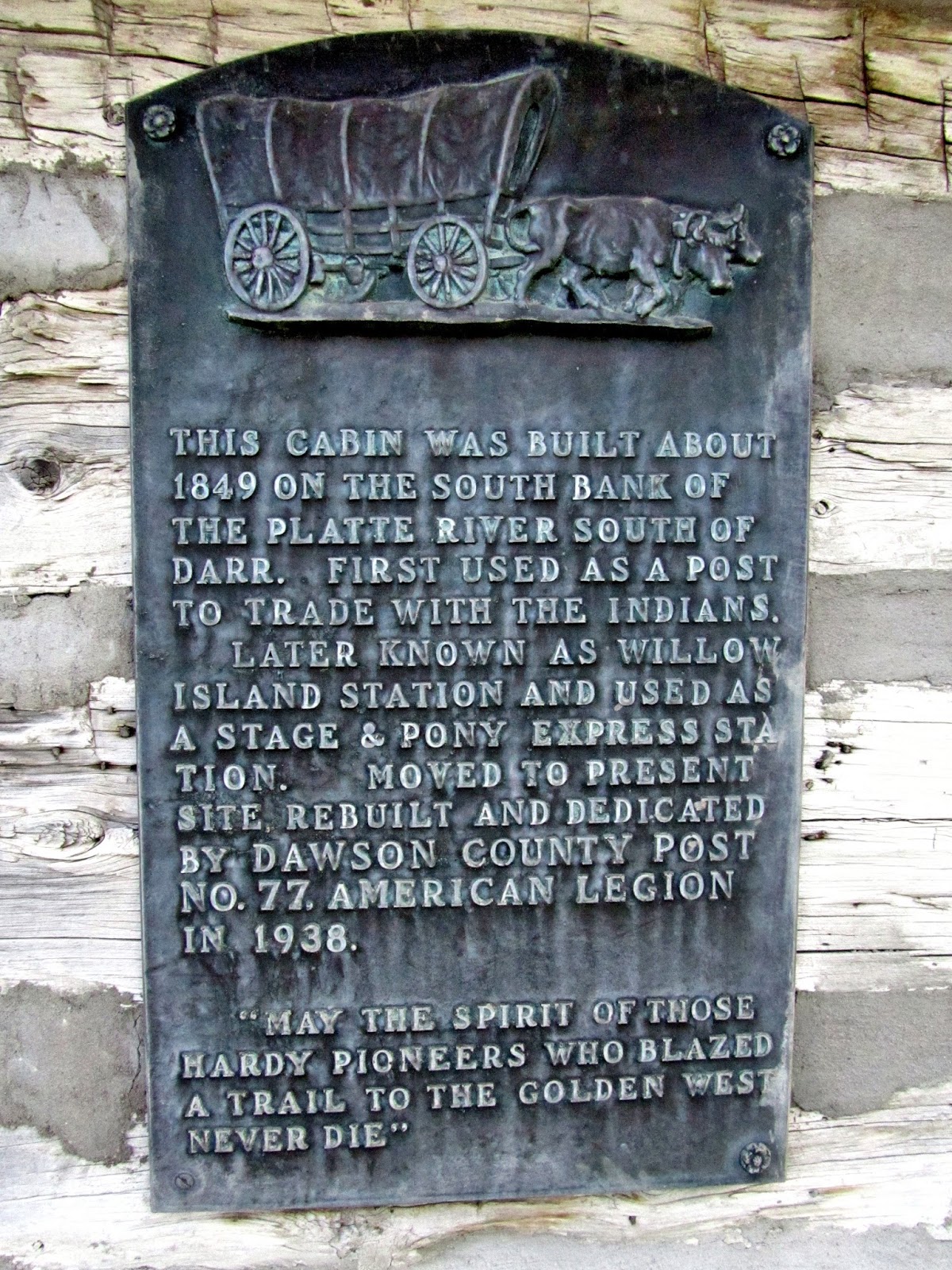 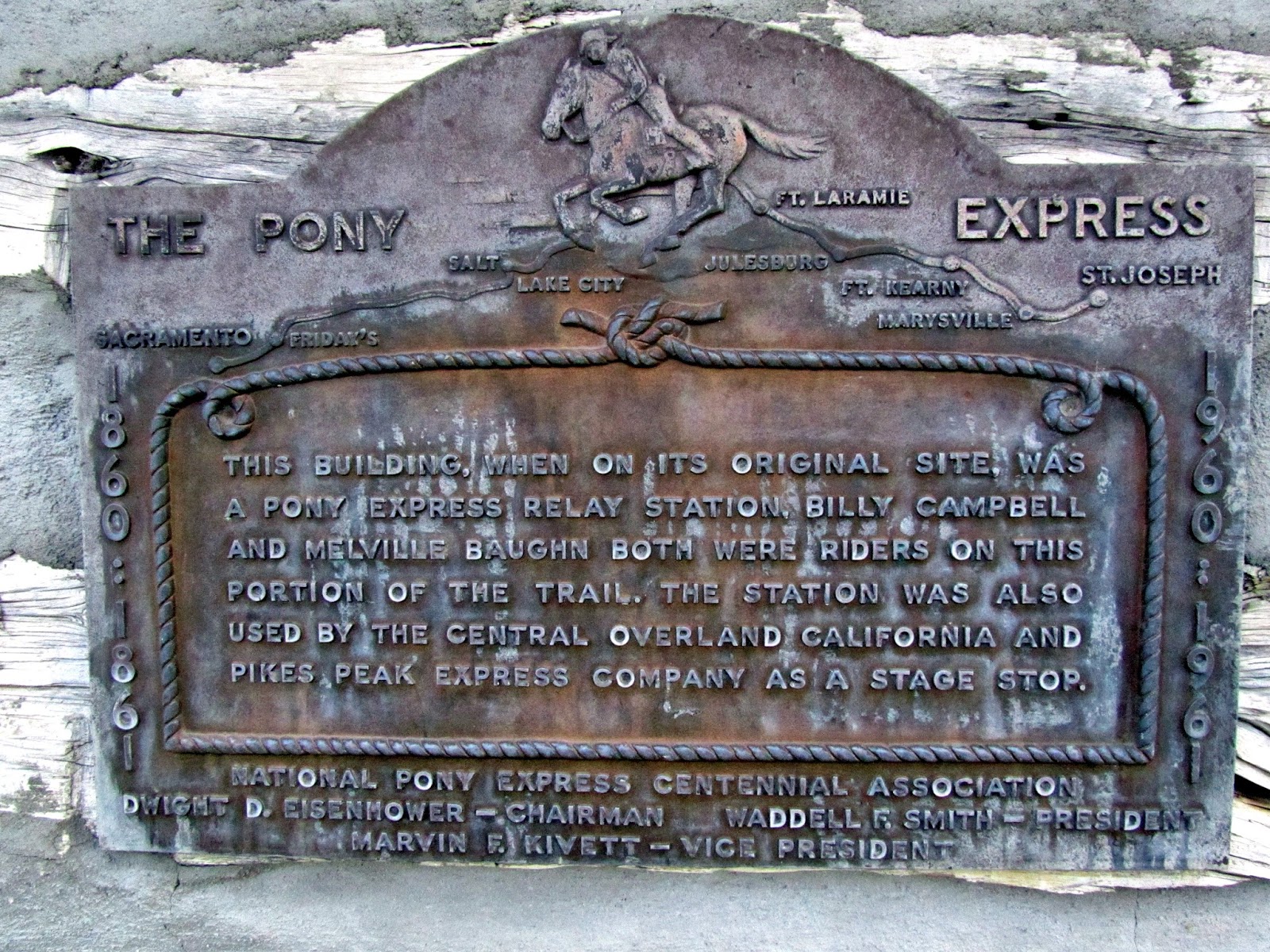 But I was happy to find the one in Gothenburg was open and full of all types of memorabilia and collectibles from the pioneering and pony express days.  The pony express lasted only 18 months when the telegraph and then railroads took over.  There were 184 stations along the 1900 mile route from St. Joesph, Missouri to San Francisco, California and each rider did about 75 miles a day, earning $100 a month.  Comparable earnings of the time for labor was about a dollar a day. 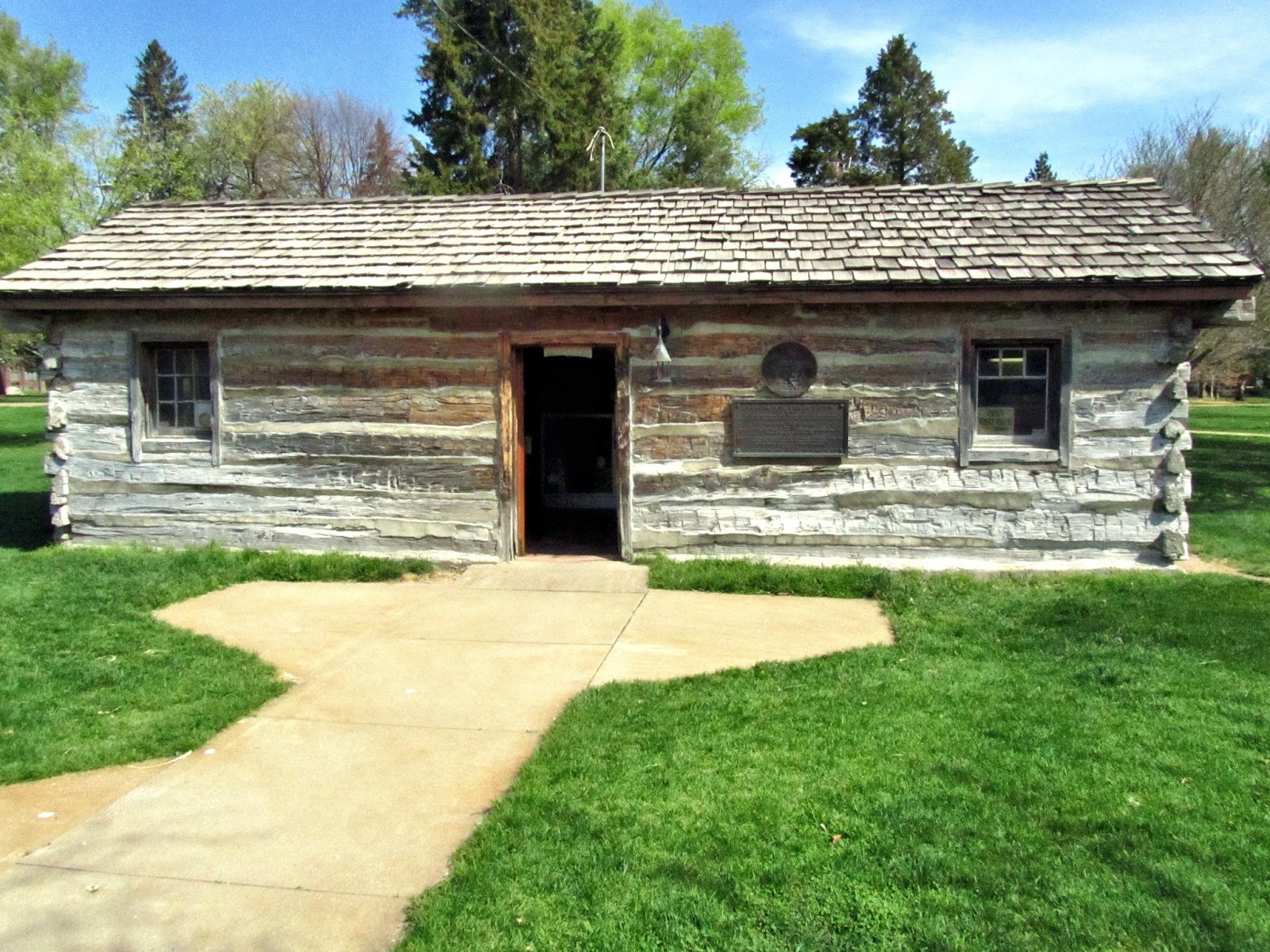 Unfortunately I got to talking with the curator and completely forgot to take any pictures inside except for this one.  I did not know that there were locked compartments on the saddles for the mail.  I just thought they used saddle bags for the mail. Only the postmasters in St. Joseph and San Francisco had keys to the locks.  It cost $5 for a half ounce letter which equates to about $55 plus dollars today.  Amazingly the price dropped to a $1 per half ounce toward the end of the pony express existence. 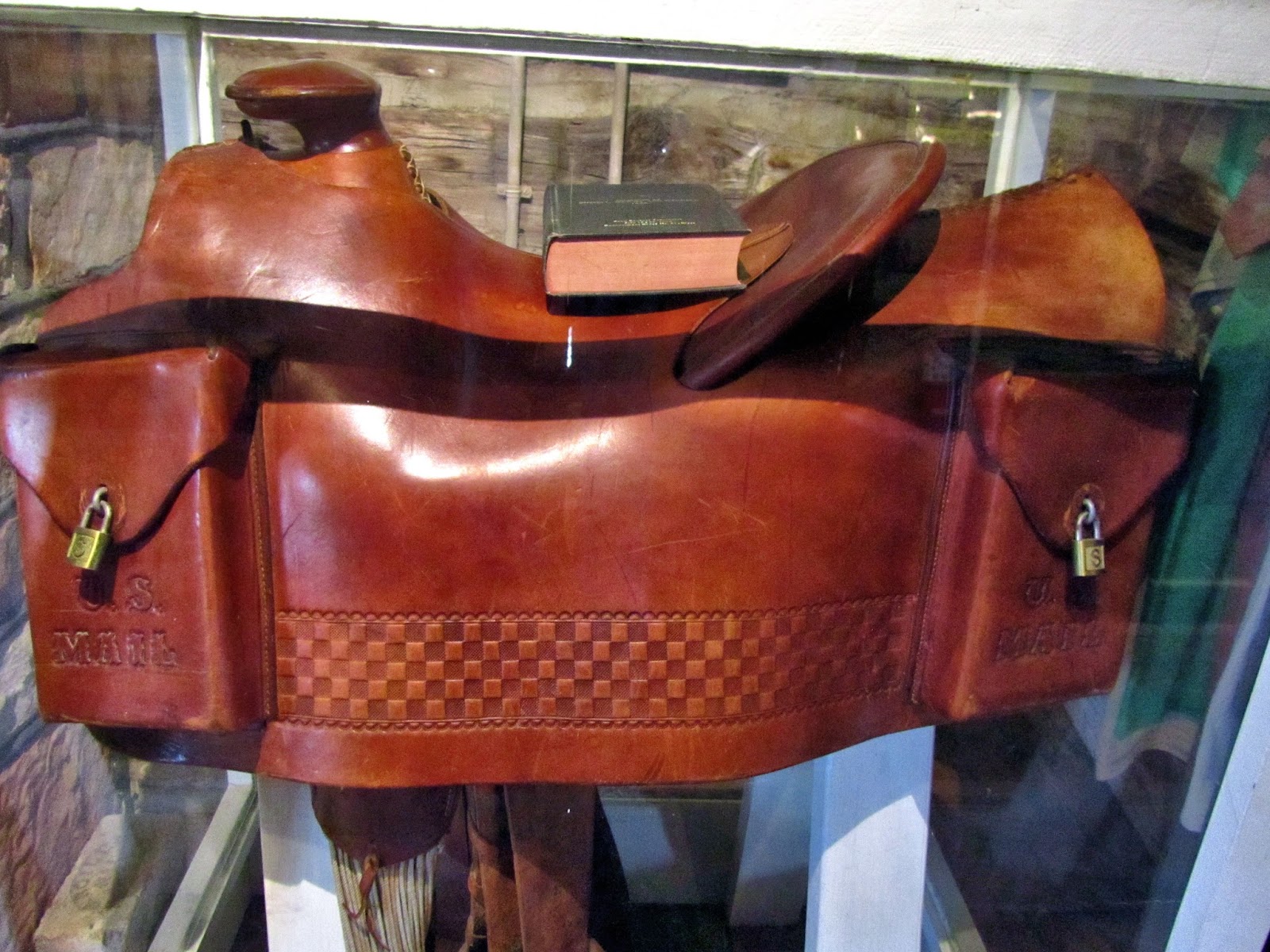 The man on the right is the curator, a retired school teacher from Gothenburg high school. A very nice man who was passionate about the history to his town and the pony express station. 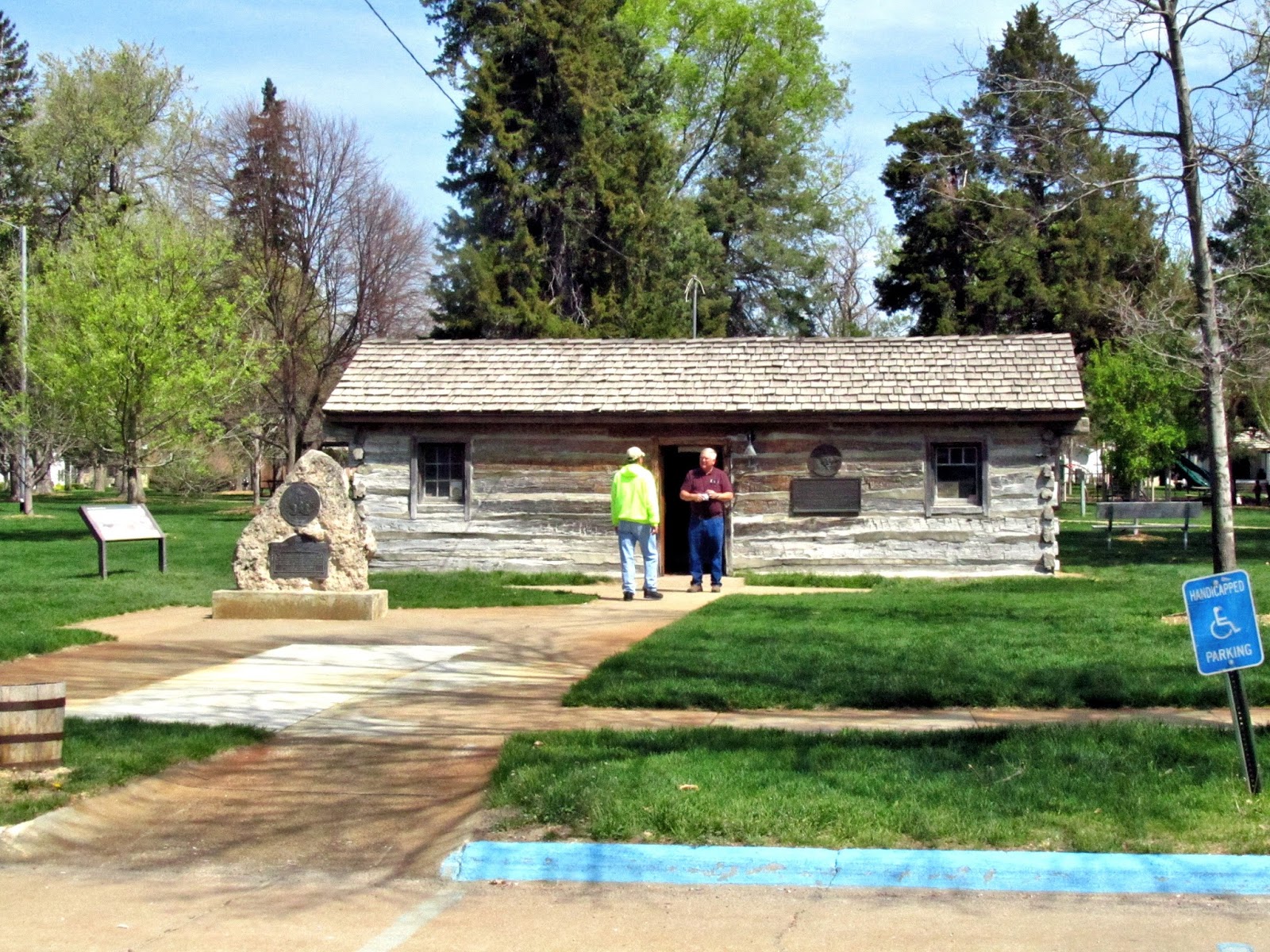 Another interesting fact from your travels. I like it.

Those locked saddle bags are very interesting indeed. It has something romantic, the post delivered by a horse.

The Pony Express was a great thing! Then came the telegraph.

When I was a kid I loved reading stories about the Old West so I'm loving these photos. I had no idea it cost so much to send a letter back then! Well, it makes sense but I just never though about it. Today it costs 85 cents to send a letter across Canada...and we complain bitterly about the price.

We would have enjoyed this!

Still pondering over some of your sights. I am thinking you will never run out of photos or things to say about them to your followers.