If there is a sod house to be seen, I'll go out of my way to find it.
There aren't many left standing these days. 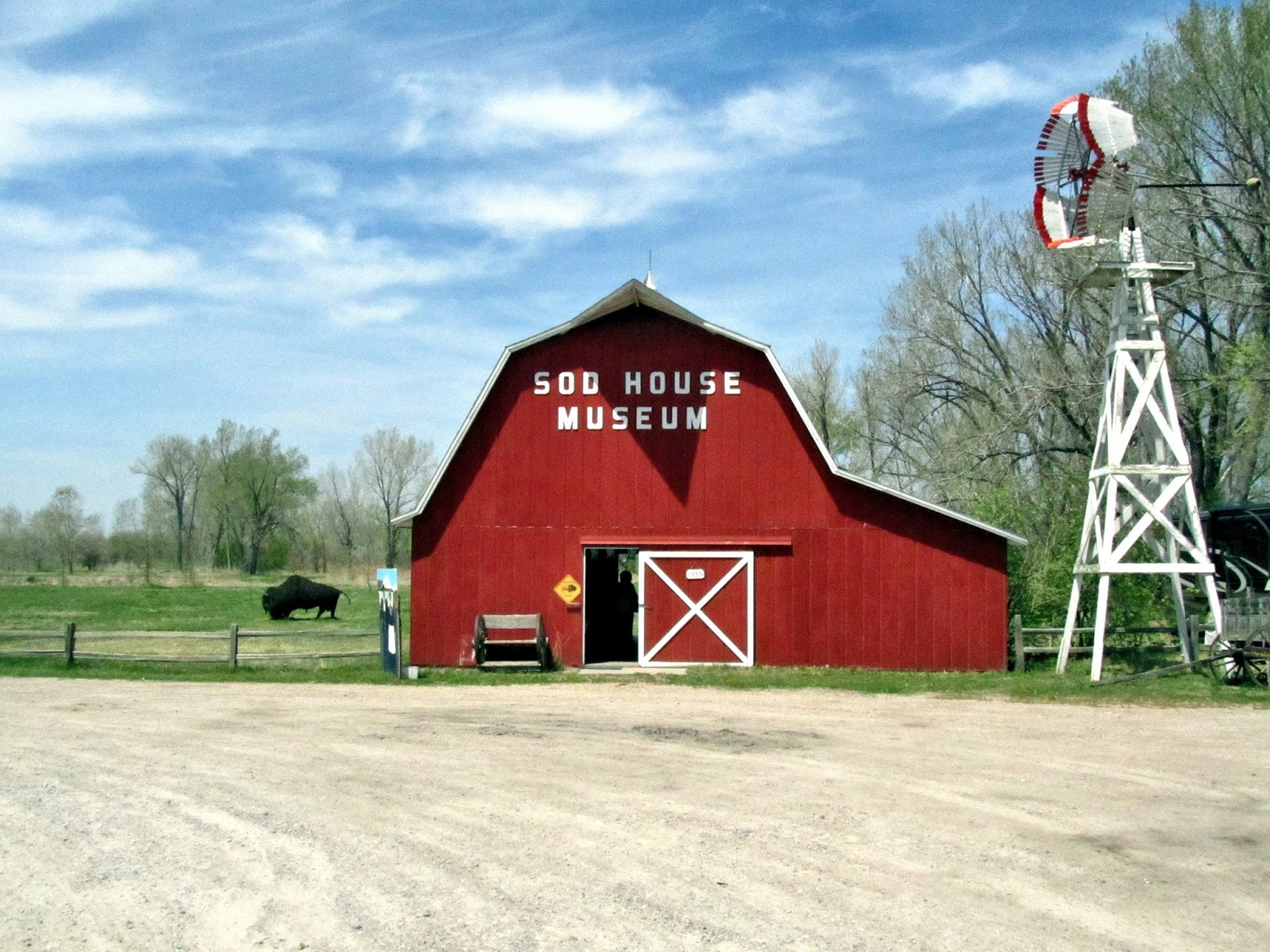 Well I learned this is a replica.
It was done so in keeping with traditional materials and methods of the time.
What the heck, I enjoyed it anyway. 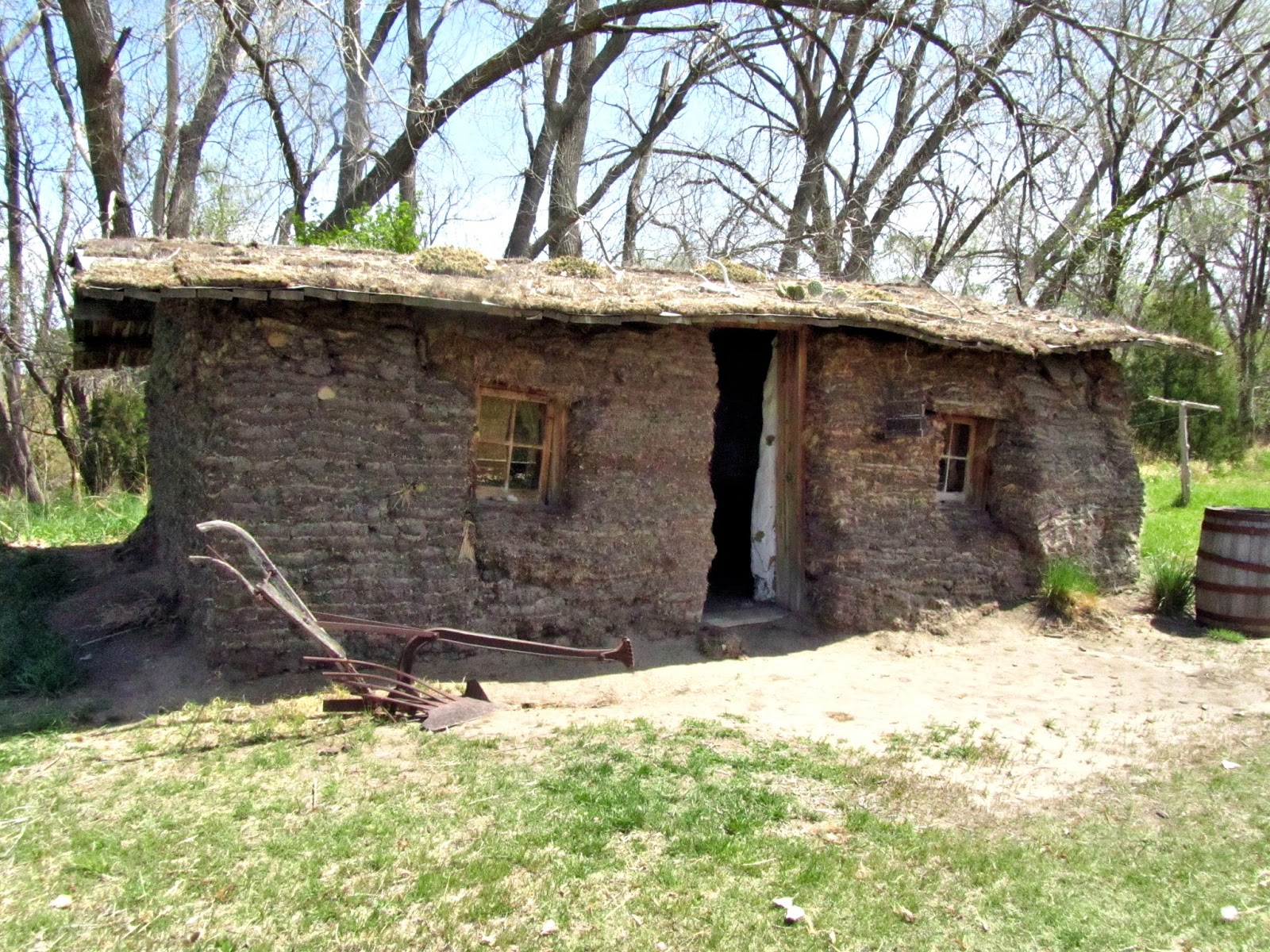 I learned at an authentic sod house in Oklahoma that plastering and white-washing the interior walls was uncommon for they didn't have the materials necessary to do so.  But if you could, it helped preserve the home, keep the vermin out and made life much more comfortable. 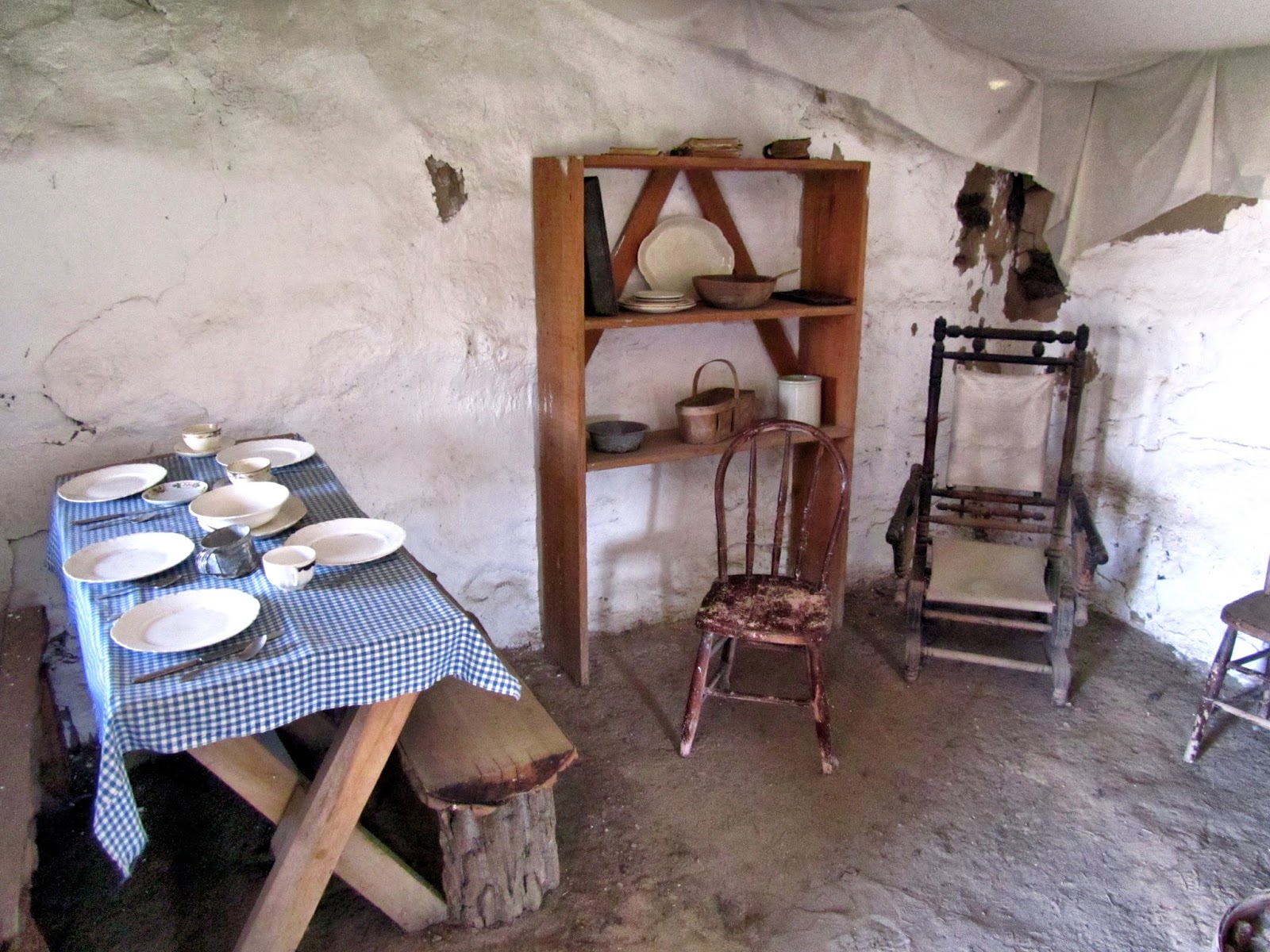 Oh my aching back! 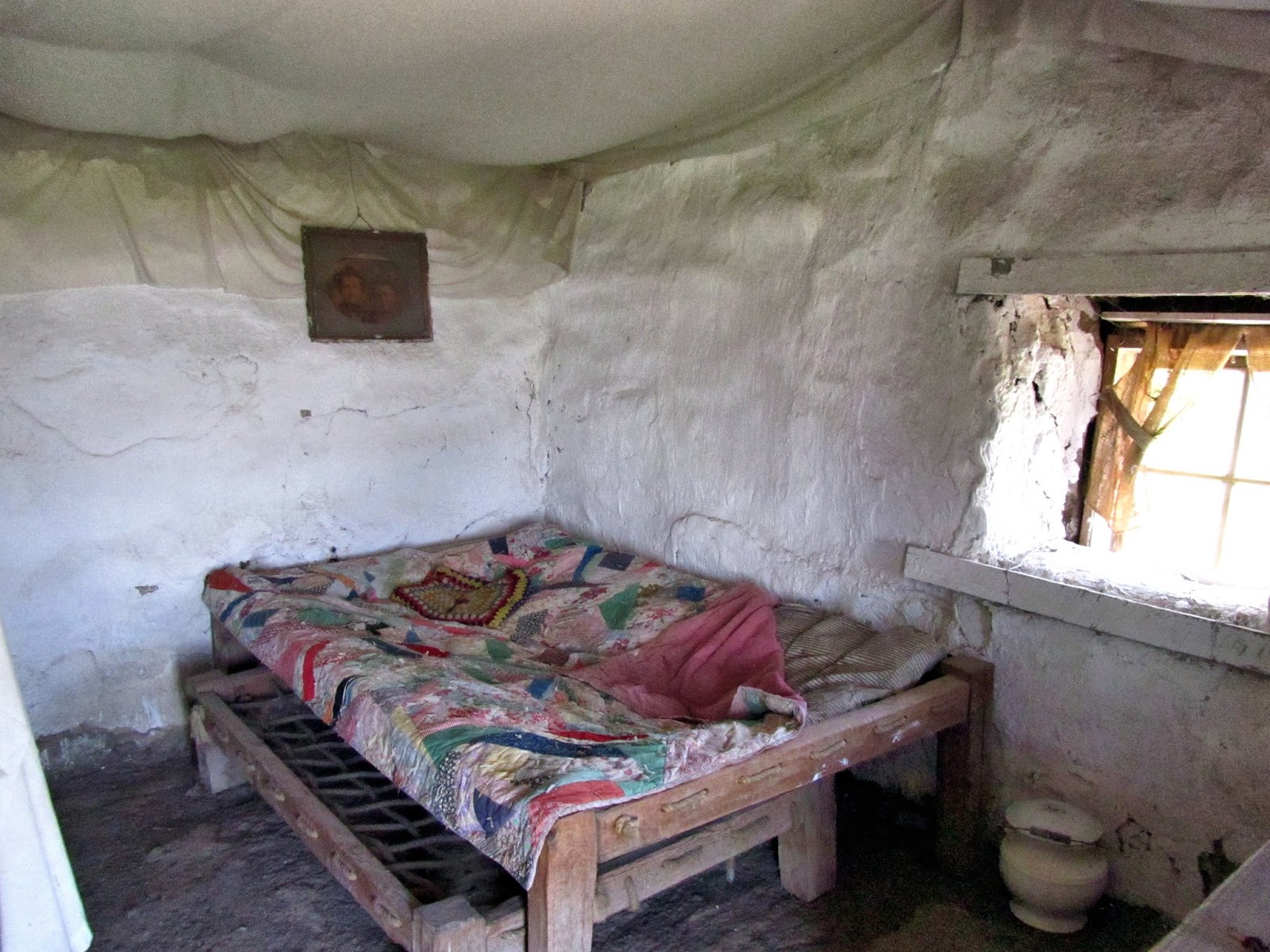 At some point in time you had to wonder how much longer is your house going to stand.  Many cases are recorded where the home collapsed trapping and sometimes killing the occupants.  The reality of these sod houses was that they were only intended as temporary living quarters until a proper stick house could be built.  This is why so few are around to this day. 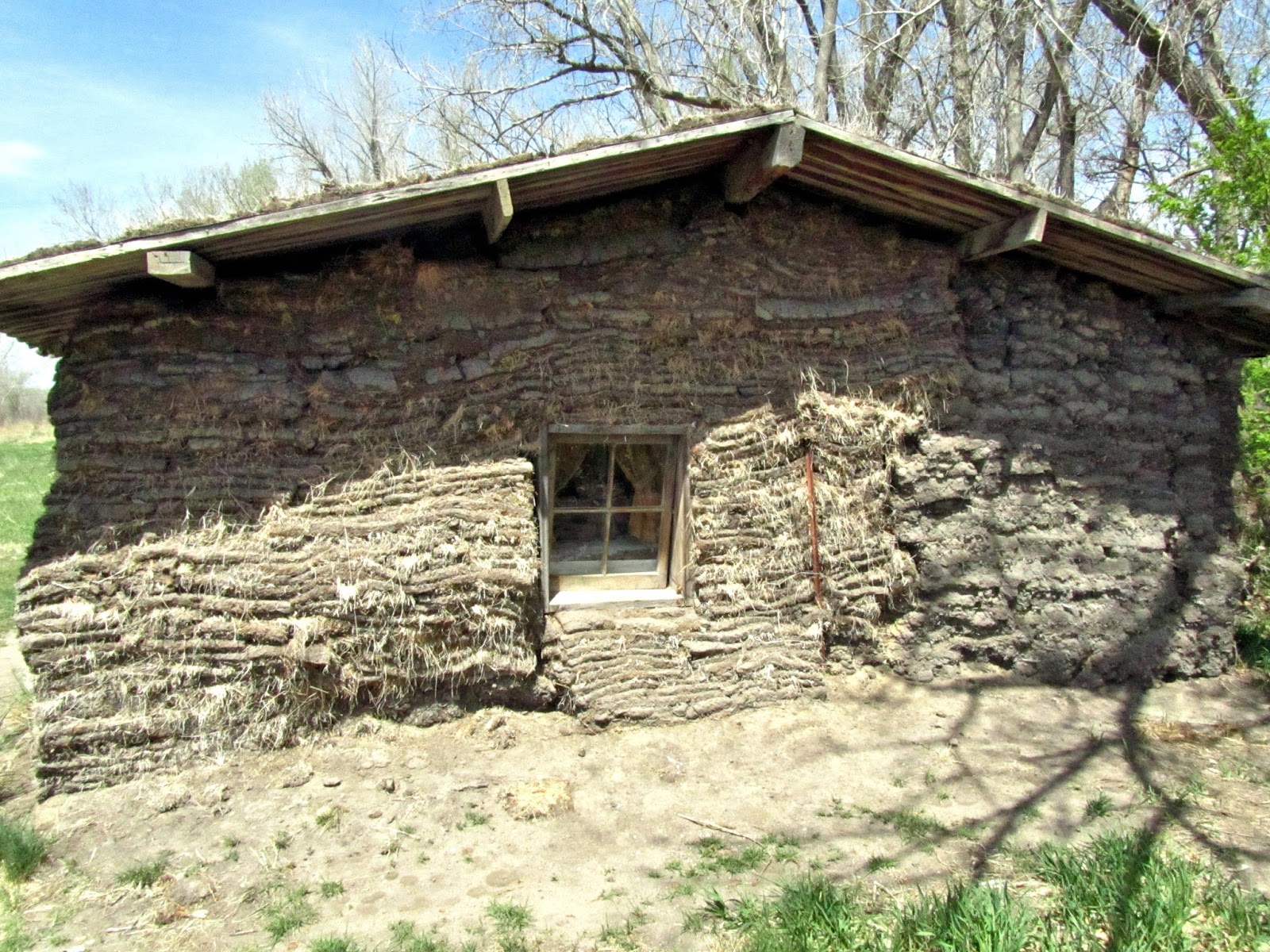 Inside the red barn museum I found these original photographs of sod house homes and families.
I thought these photos were fascinating.  Notice that all except for possibly the last photo the family went in and put on their best clothes for the photo. 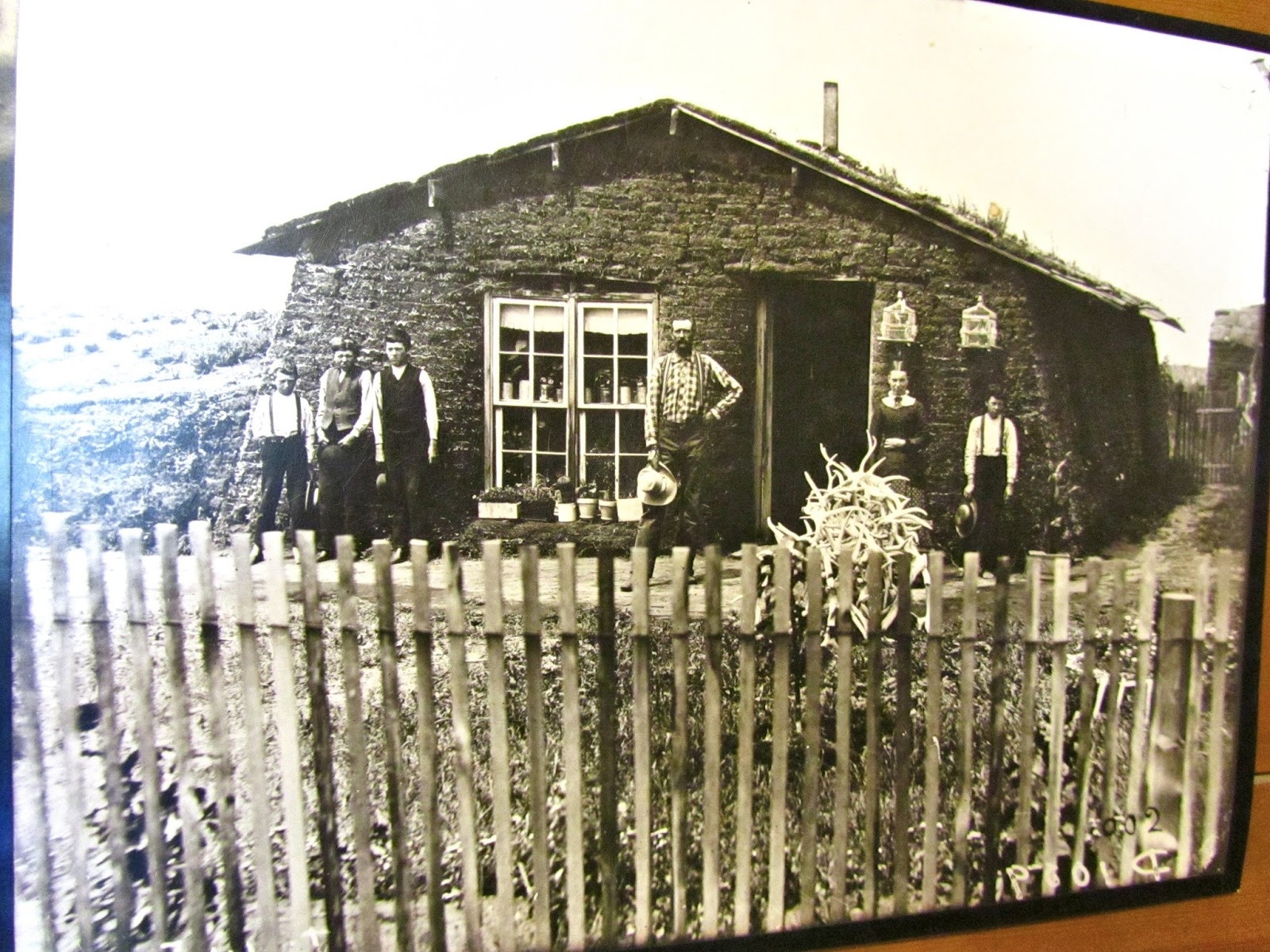 Would you feel comfortable sleeping under that roof? 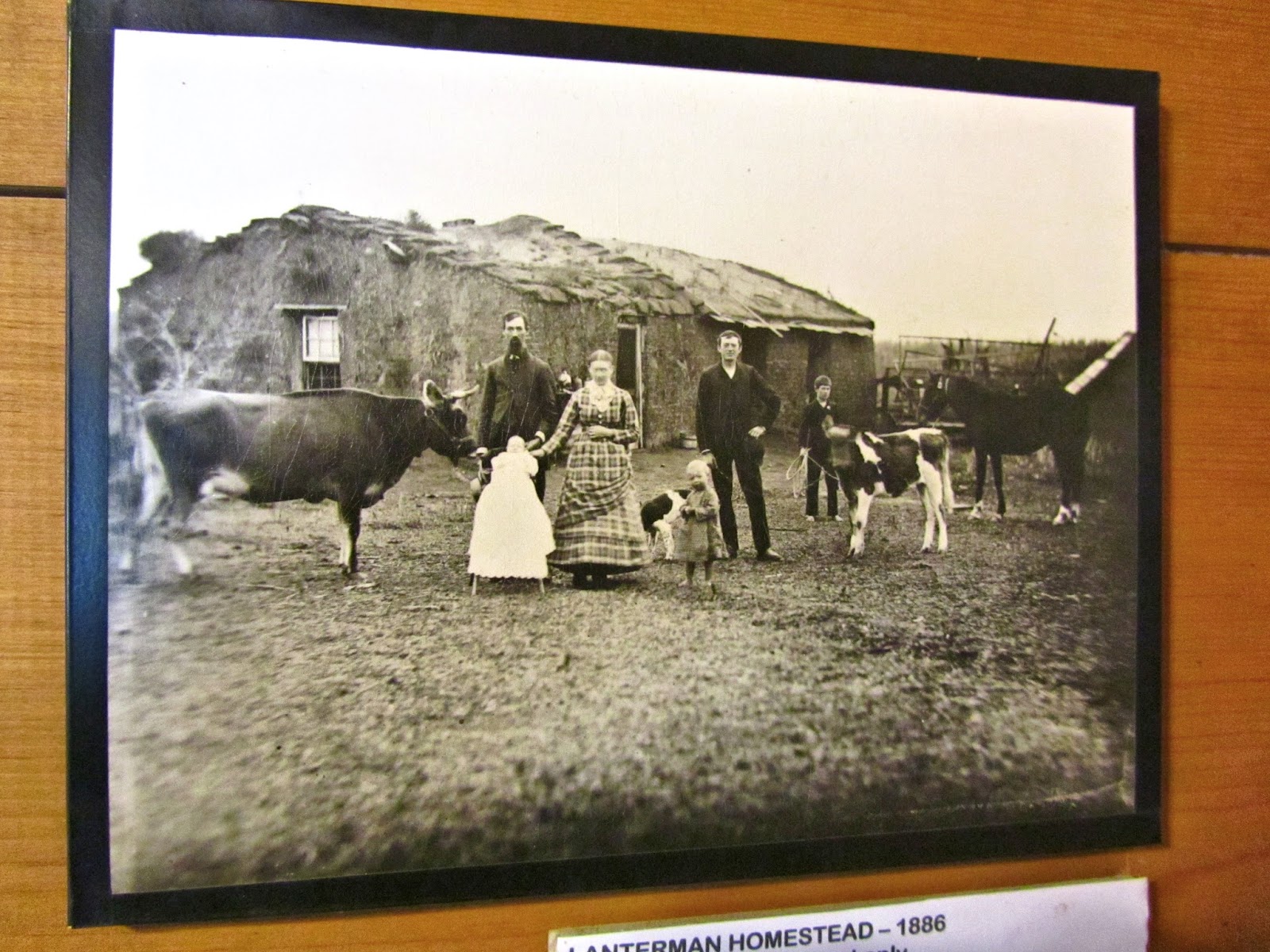 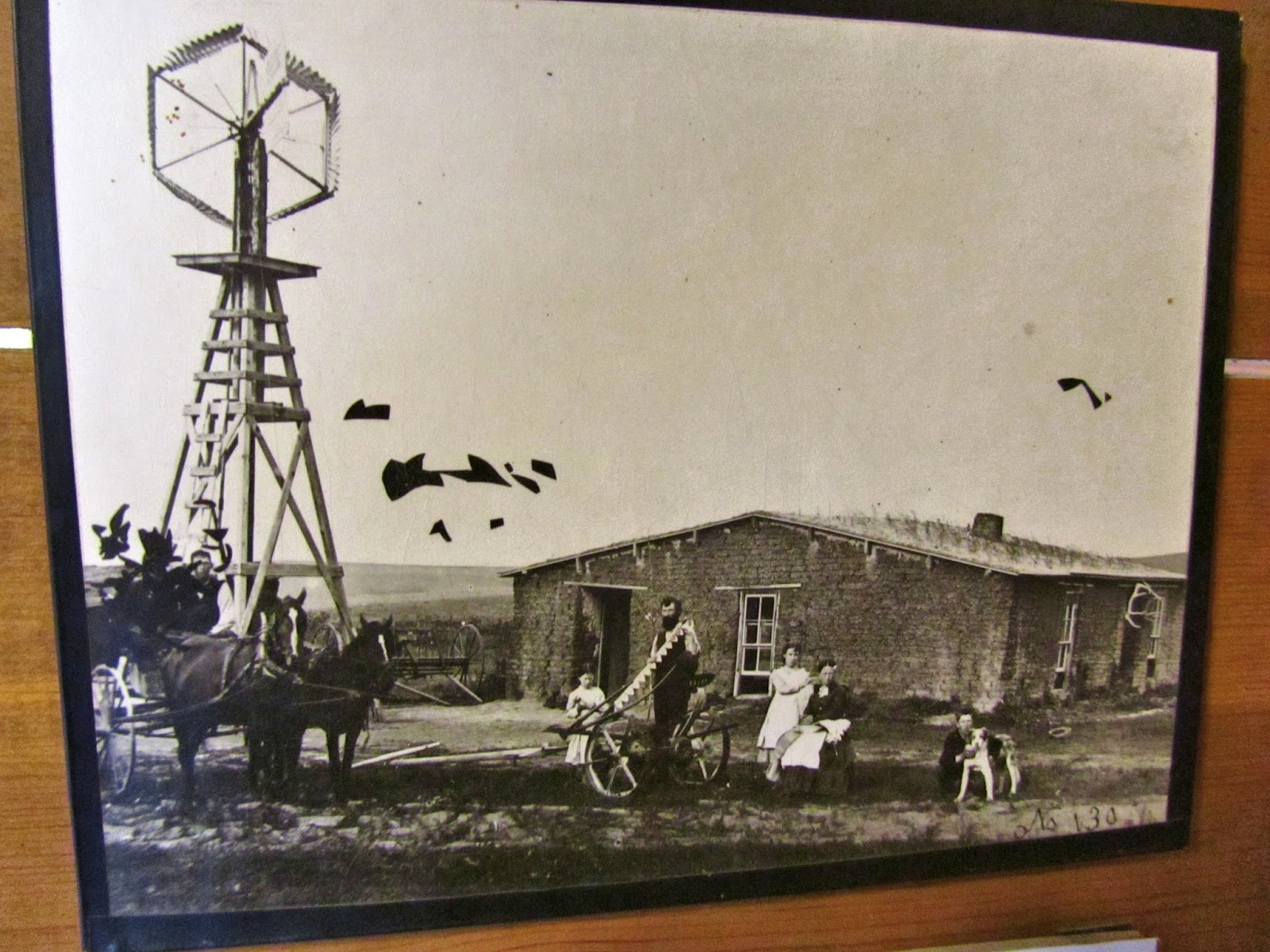 Looks like the windmill salesman did real good in these parts. 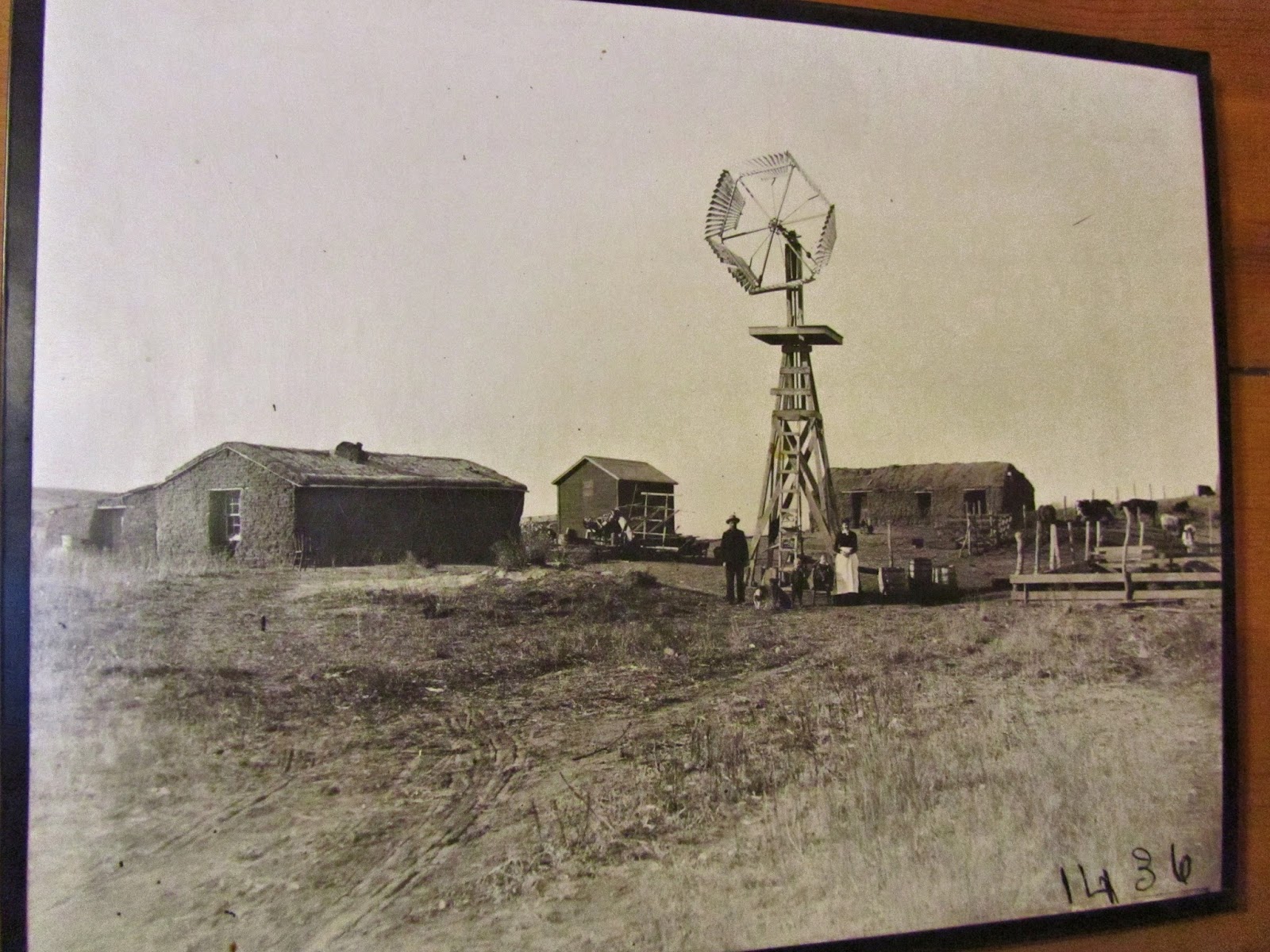 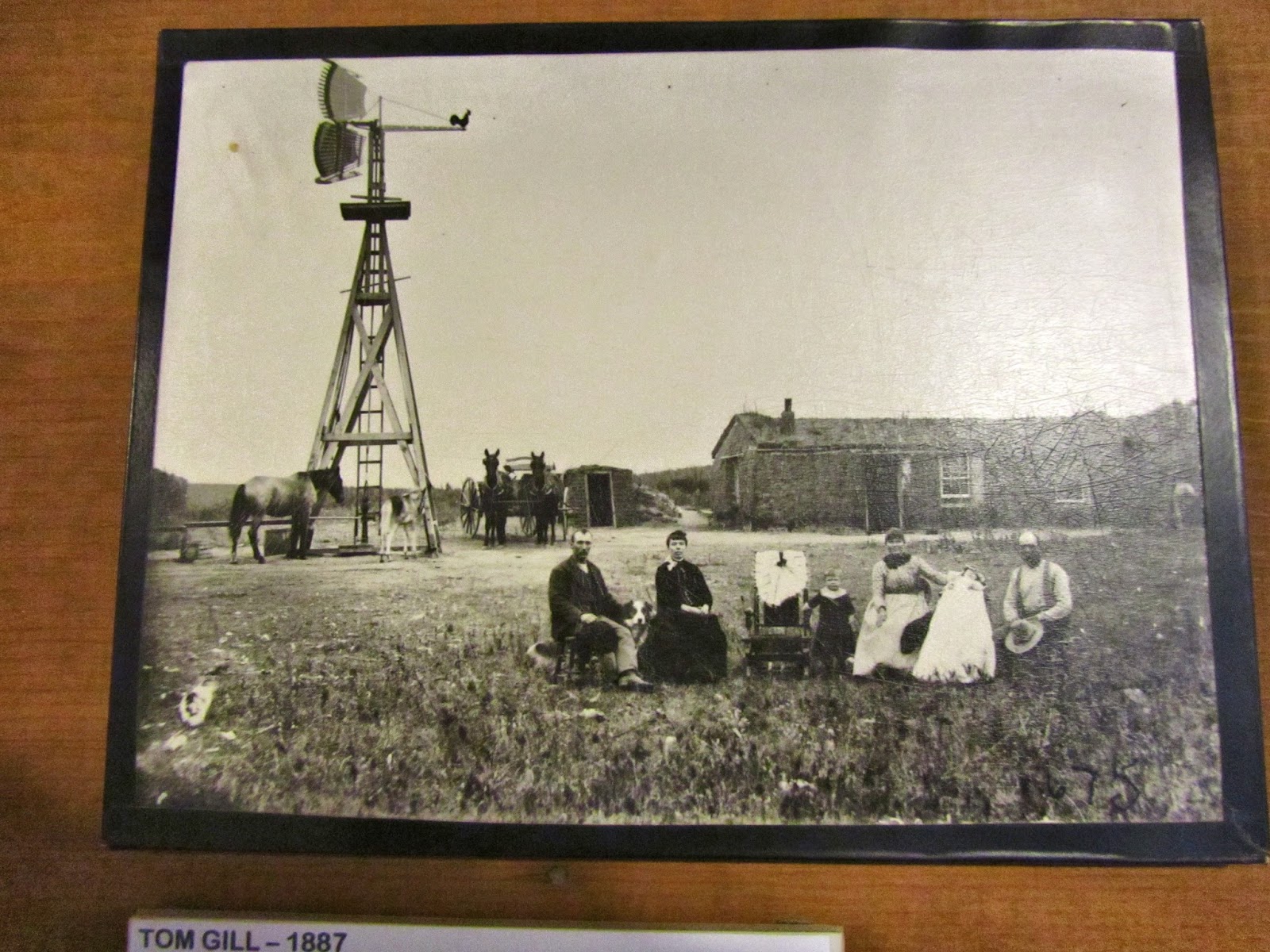 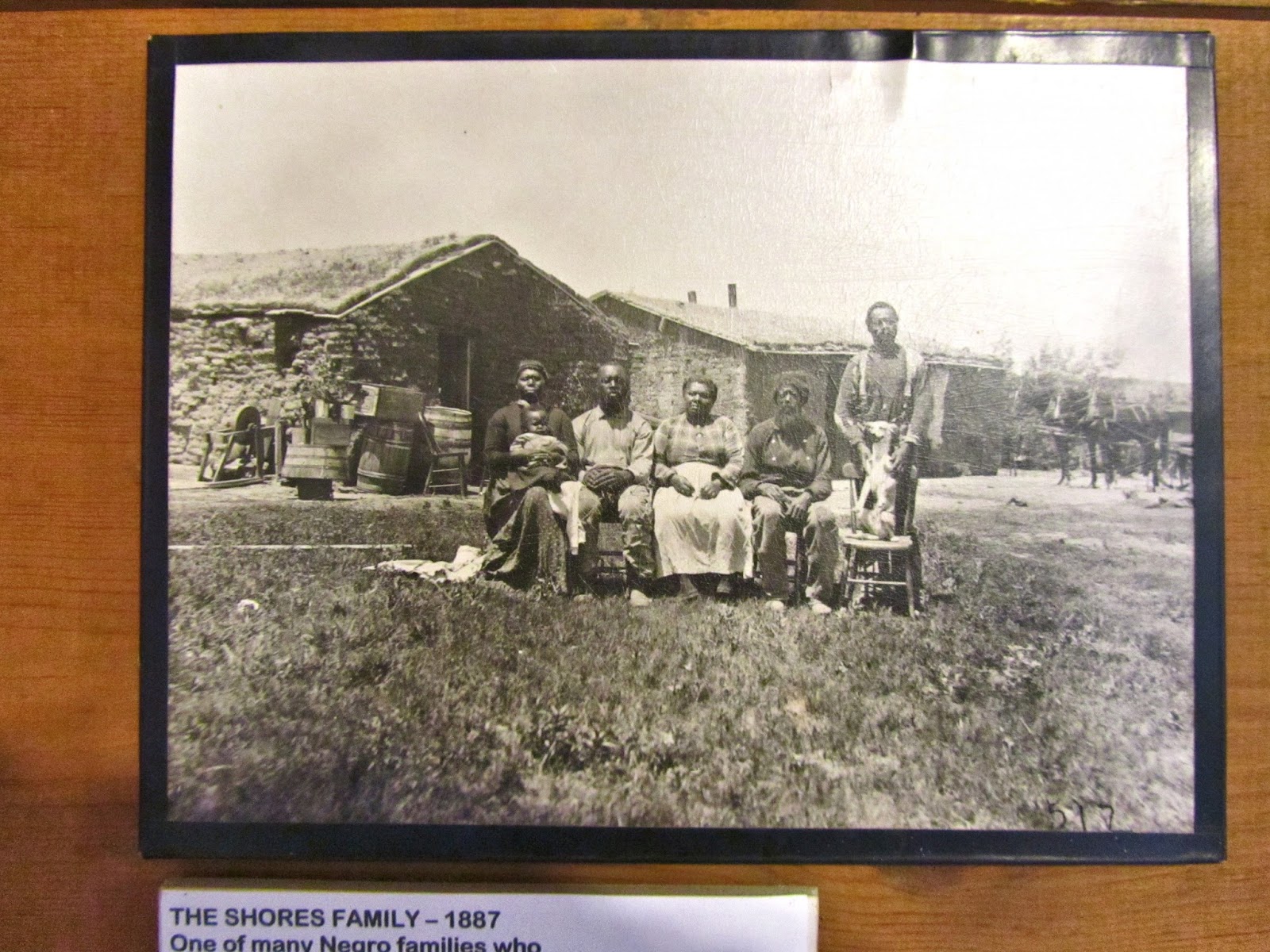 Notice only pa had a pair of shoes. 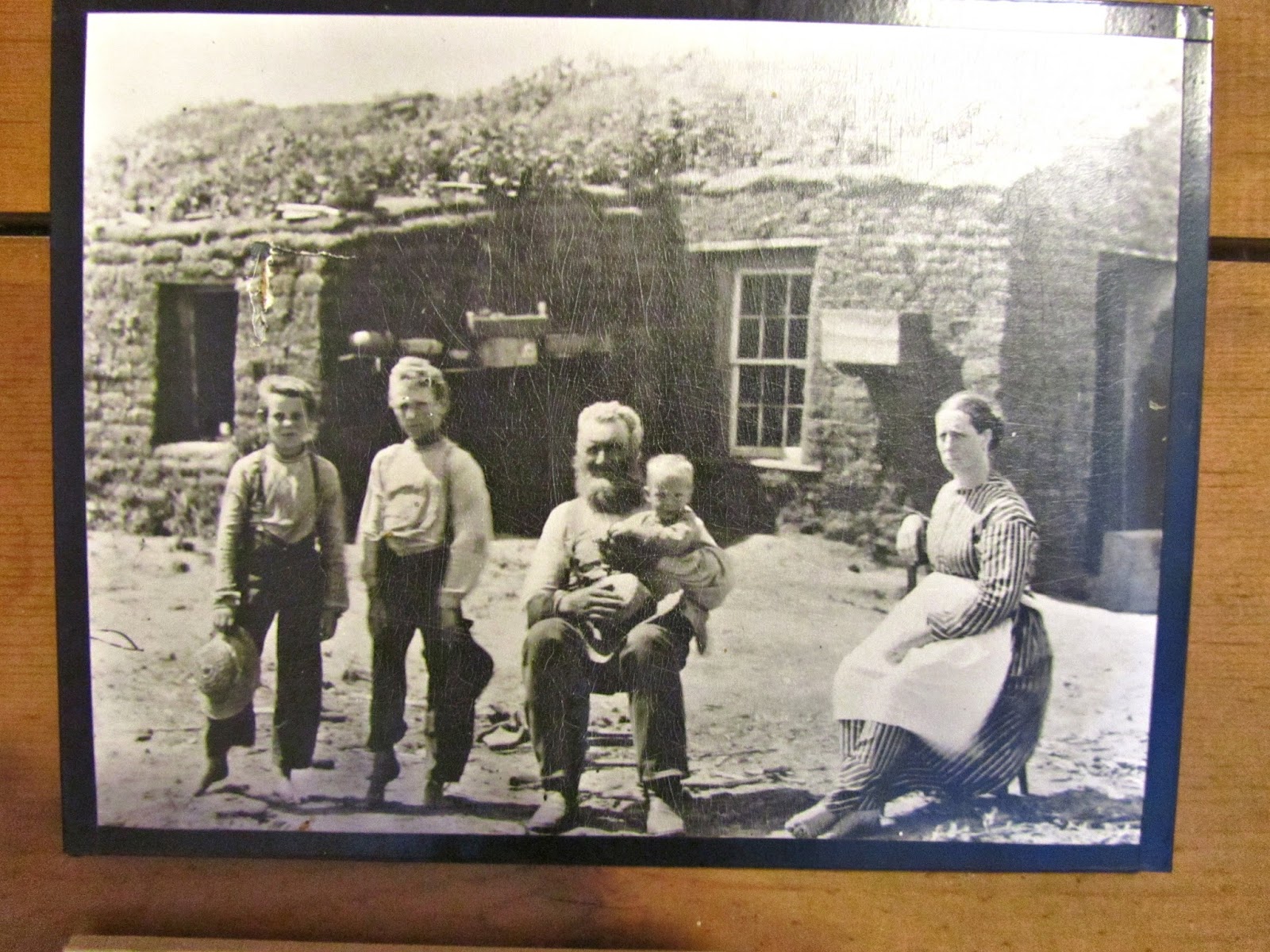 The lady running the museum told me the story about the photographer who took these photos.  The photographer thought homesteading and farming was too hard work after two weeks of trying so he went back east bought a camera thinking he could make a living with it by taking people's pictures. He had families pose in front of their homes thinking he could sell the photos to them. Only he hadn't considered the fact that they were so poor they couldn't afford to buy a photo. But thankfully his folly in later years proved to be of great historical value documenting life on the prairie and the people.


Then she told me a book had been published with all these photos in it and they had them for sale. She went in the back room to get one for me and came out telling me there were only two left and that she didn't know if there would be another printing or not.  I had to have one. 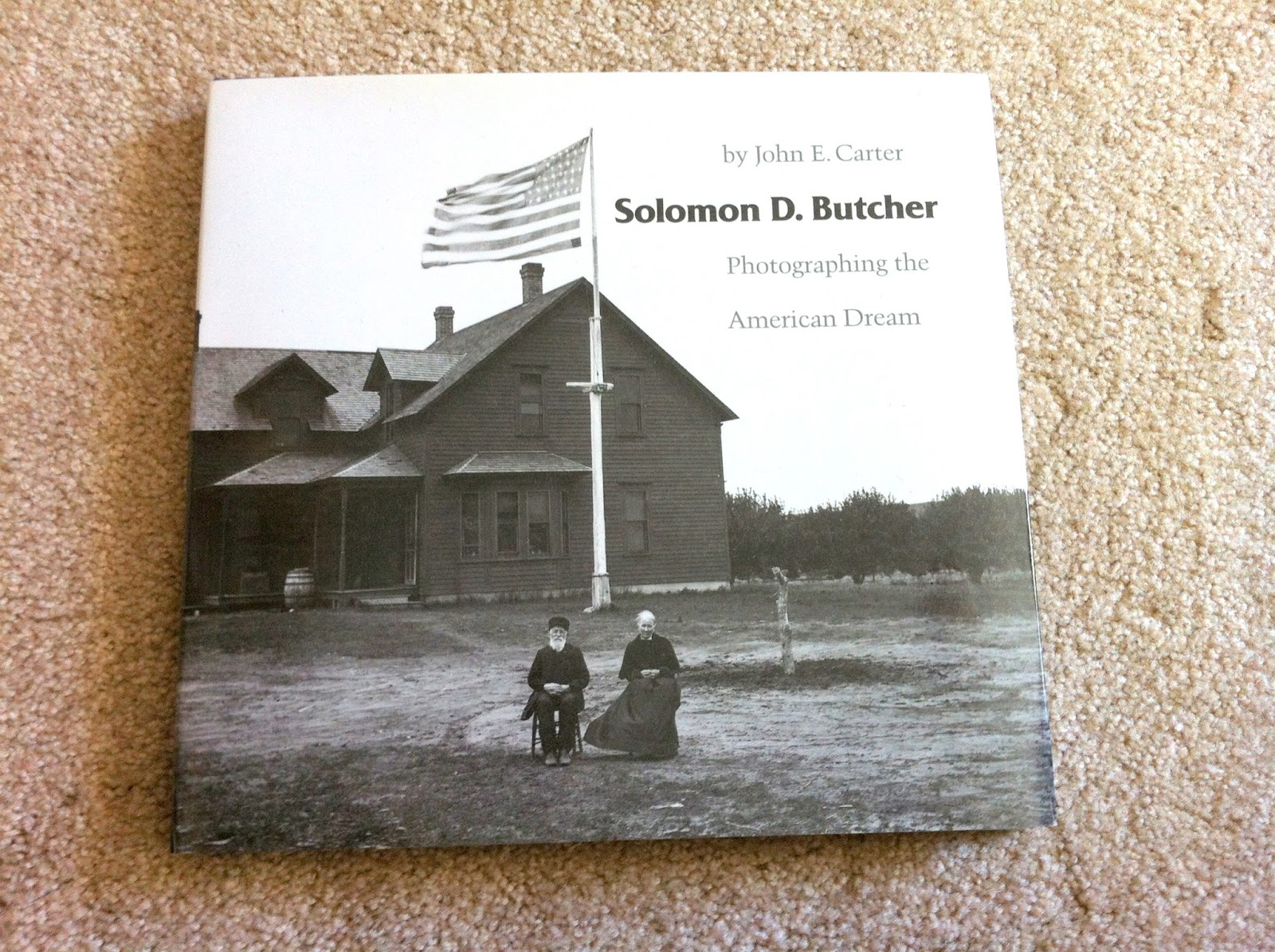