We'll go outside and leave this cold, damp, dungeon-like interior behind. 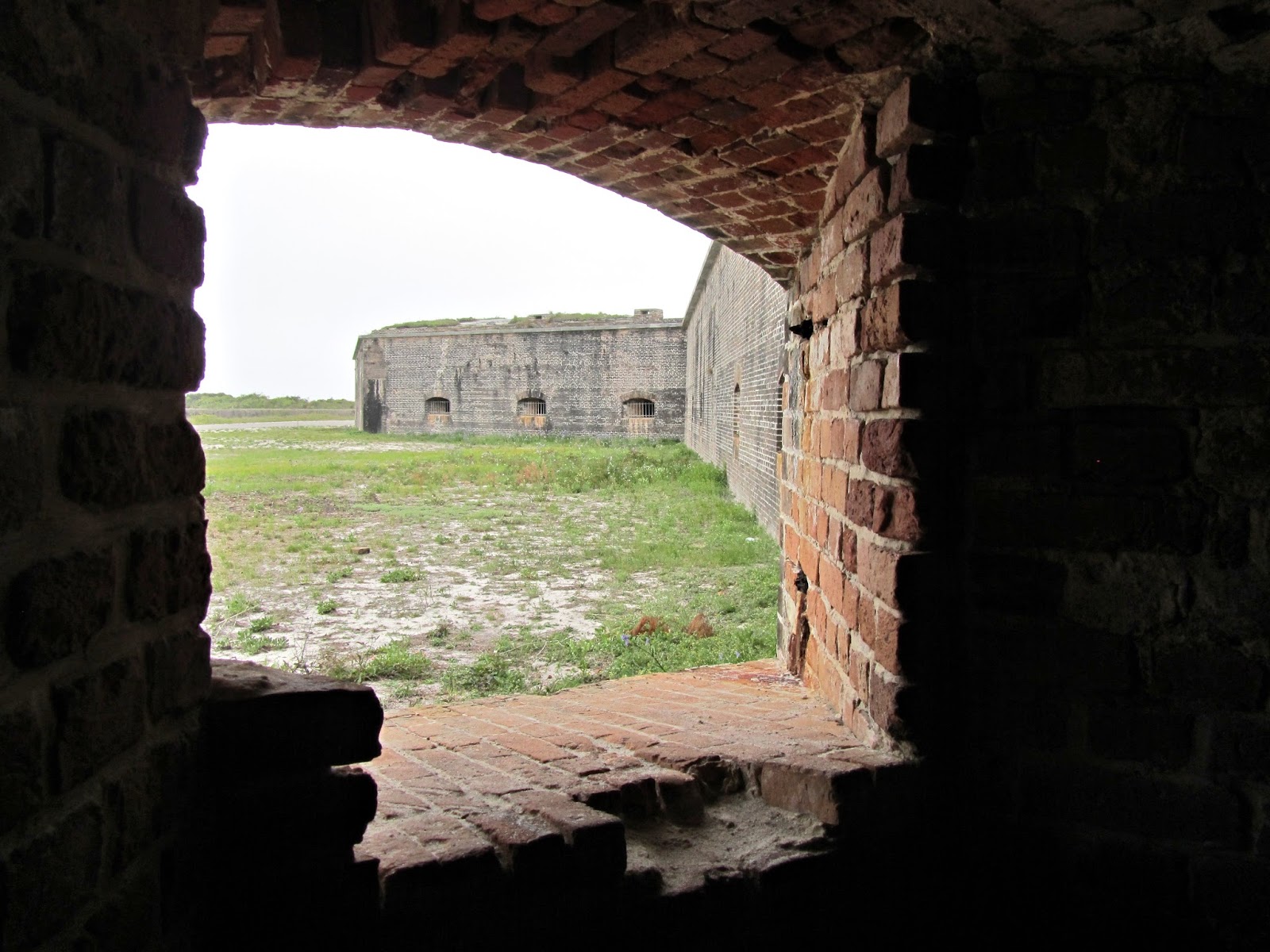 Oops, not this way. 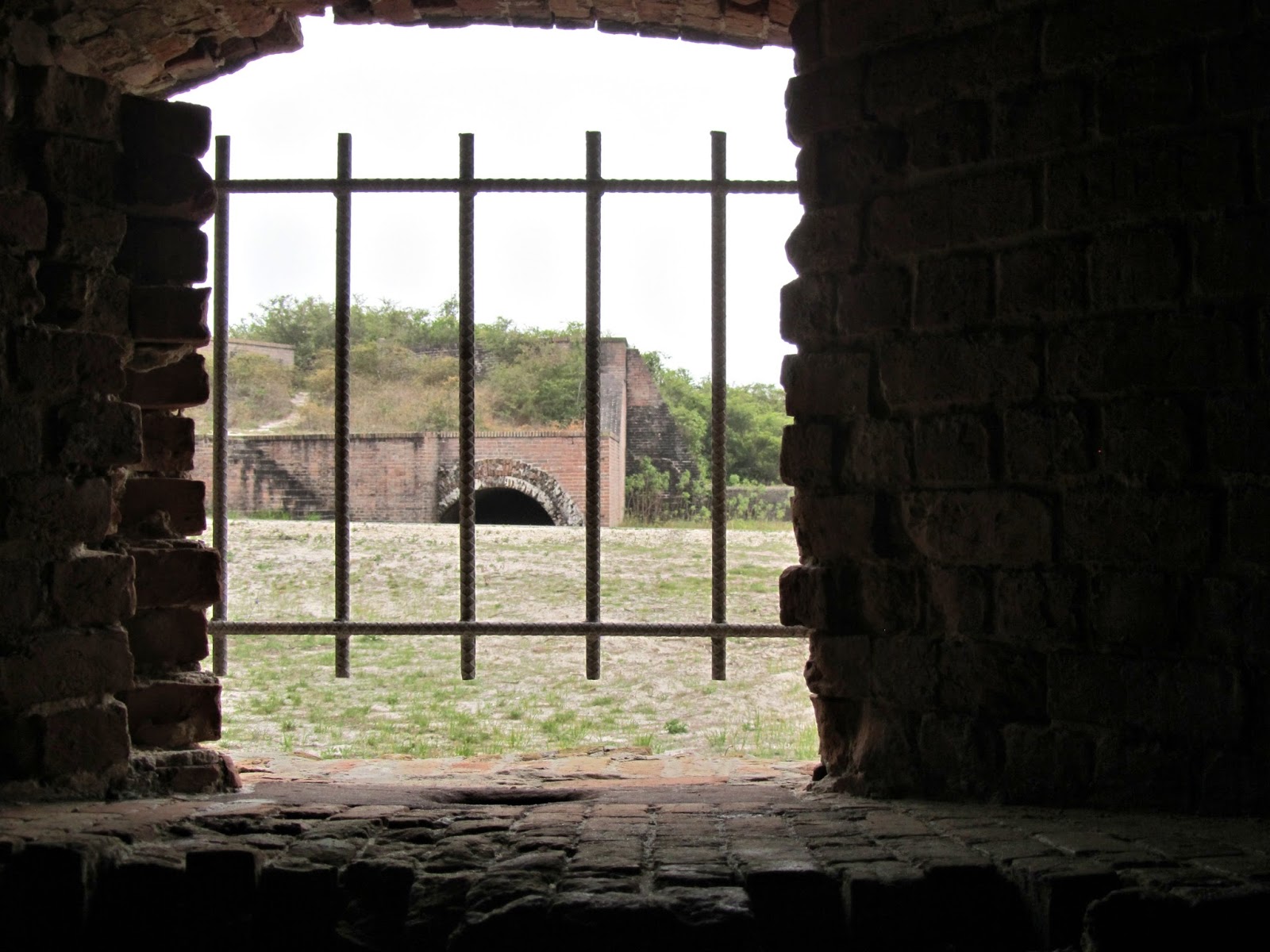 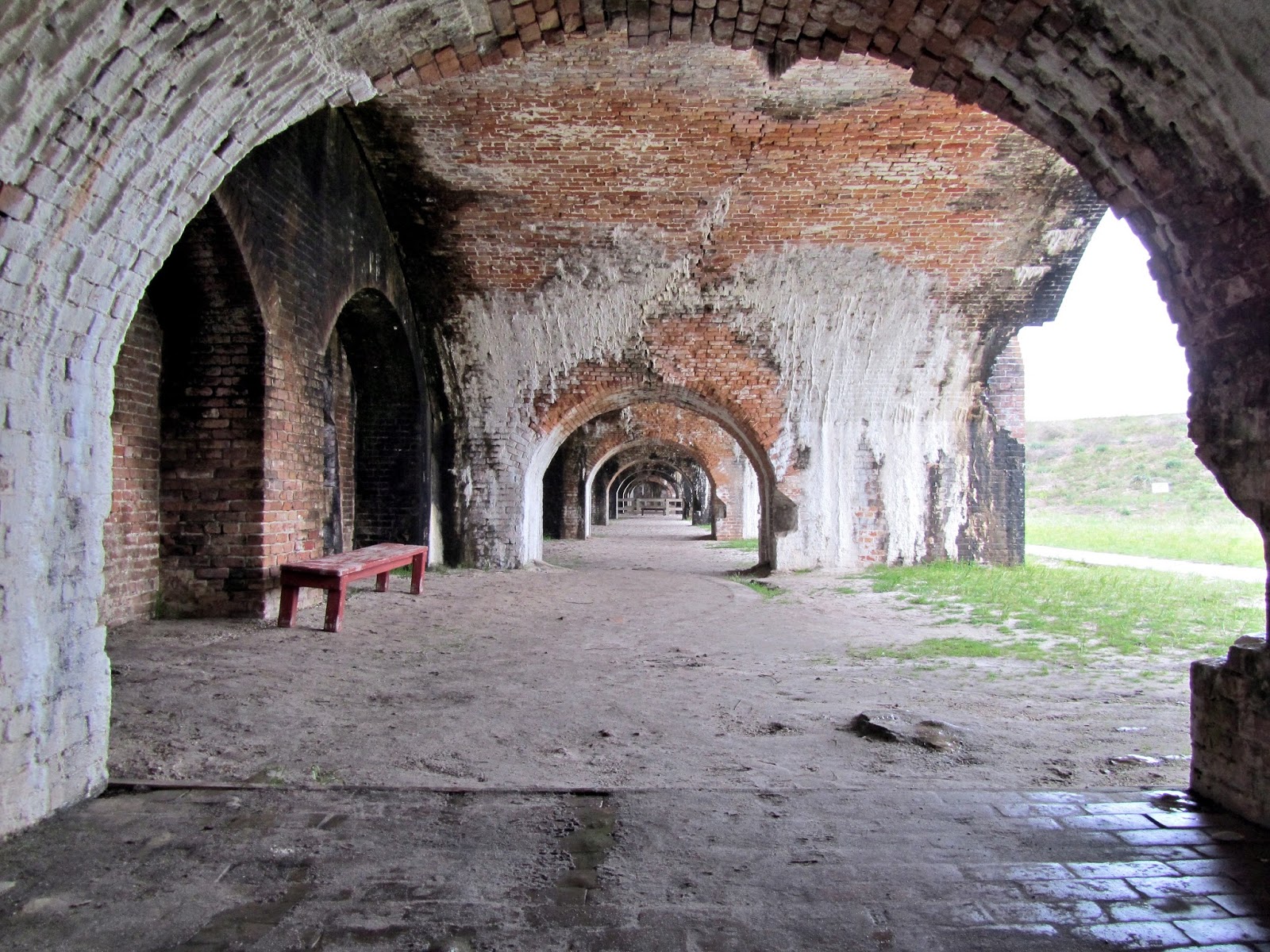 The parade ground is three acres large.  In September of 1861 850 men camped here.  Of these men, 77 reported sick, 3 died from disease and 3 deserted.  The men suffered from scurvy and heat exhaustion due to the wool uniforms they wore in the intense humid heat of the Florida panhandle.
I think if I were there it would have been 4 desertions. 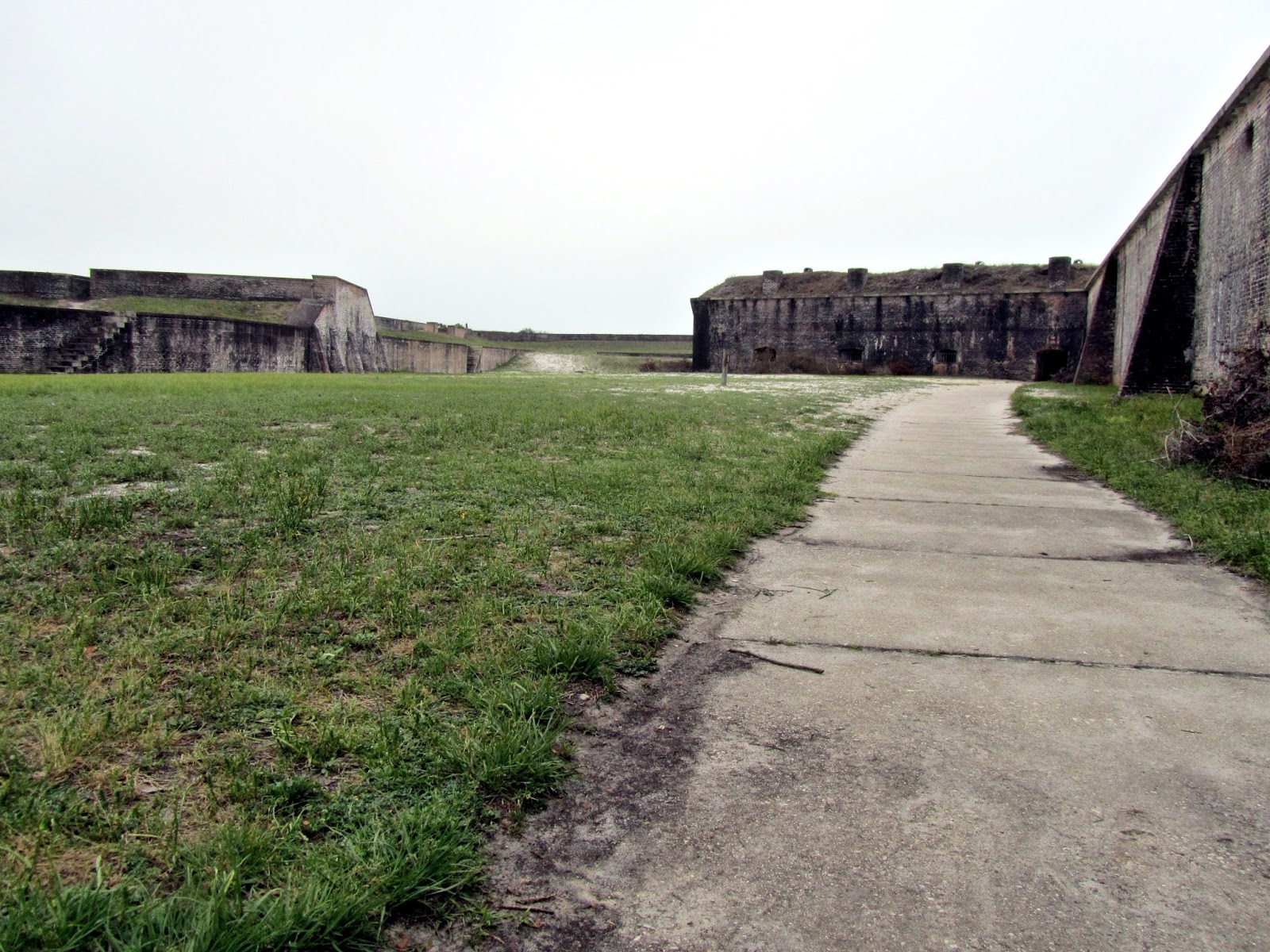 The design of the roof over these arches channel rainwater to cisterns deep in the ground. 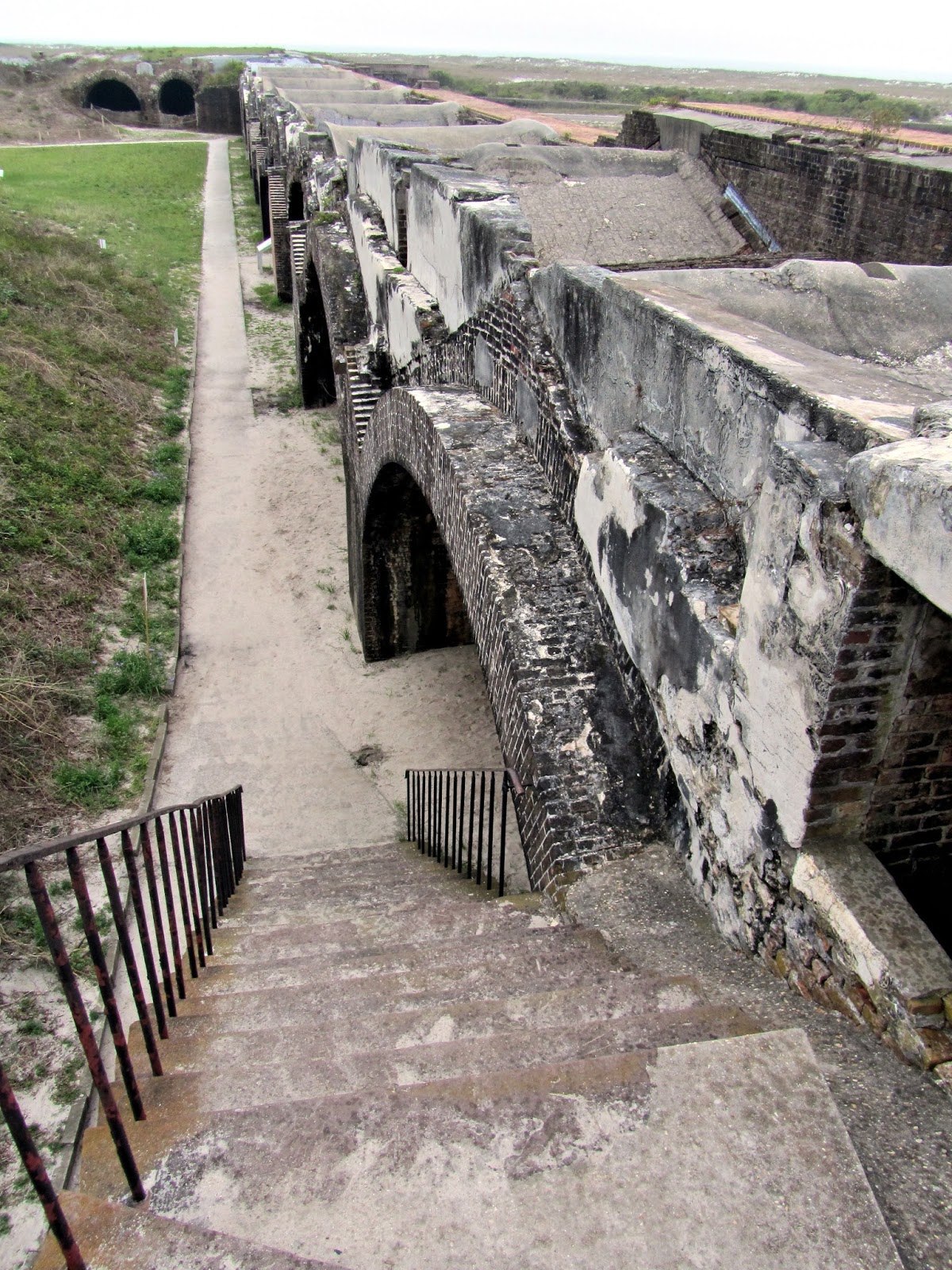 Outside the wall perimeter with that BIG gun we saw in the first post of this series. 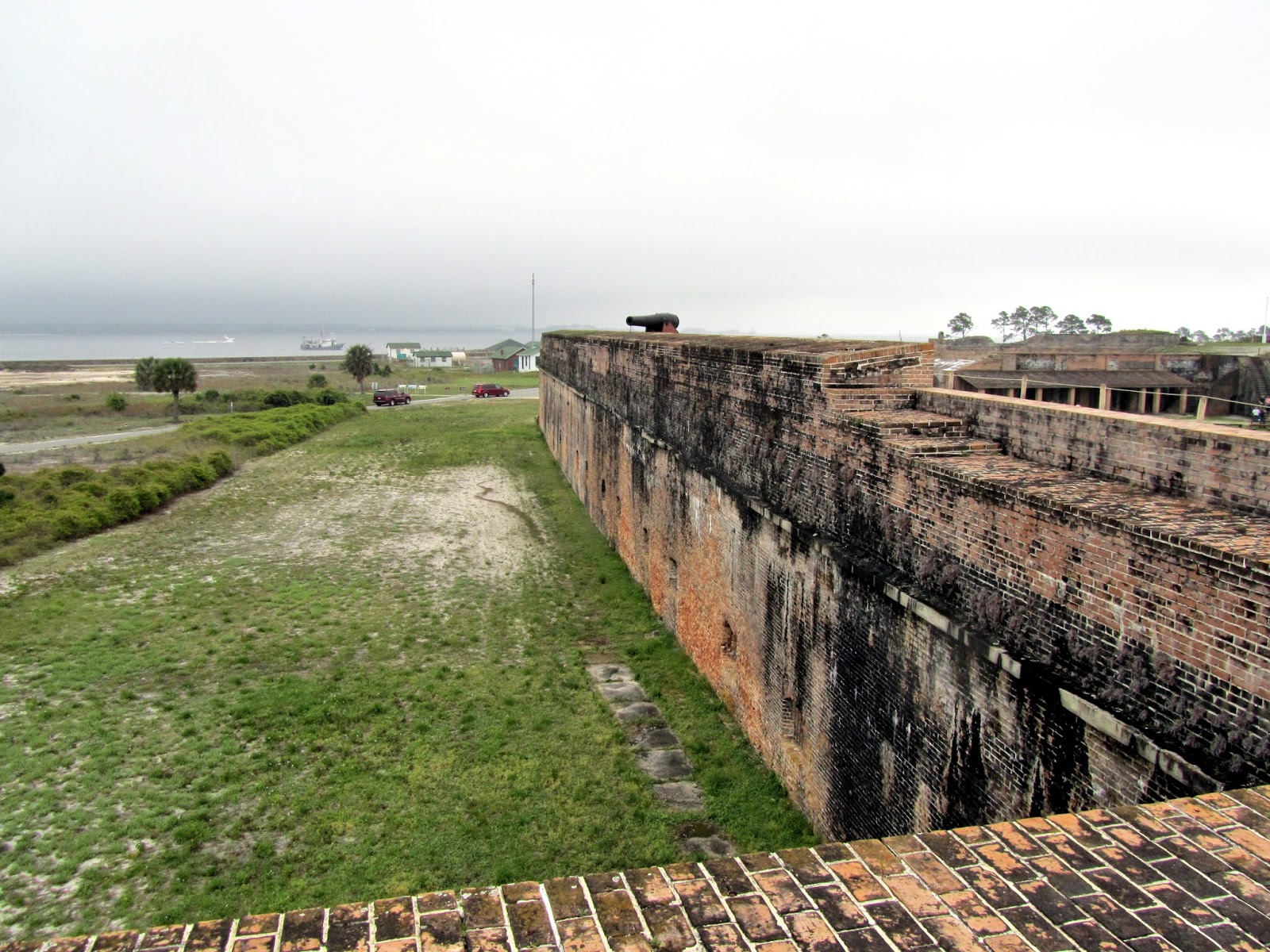 What the BIG gun aimed at off the distant coastline.  A 50-pound powder charge in a cartridge bag would be rammed down into this behemoth followed by a 15-inch diameter cannonball. 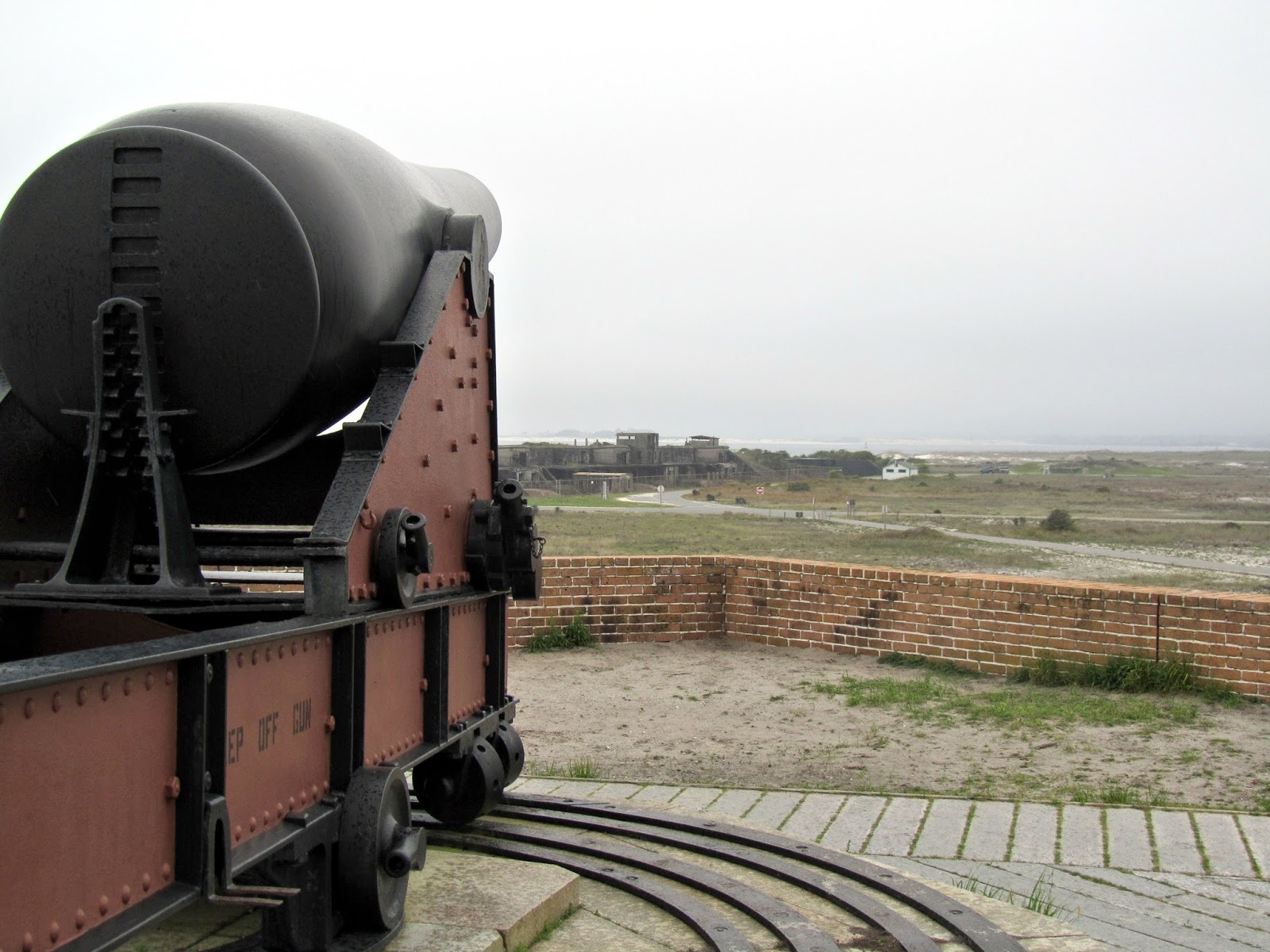 I didn't think anything of this opening in the fort except that it was part of the design. 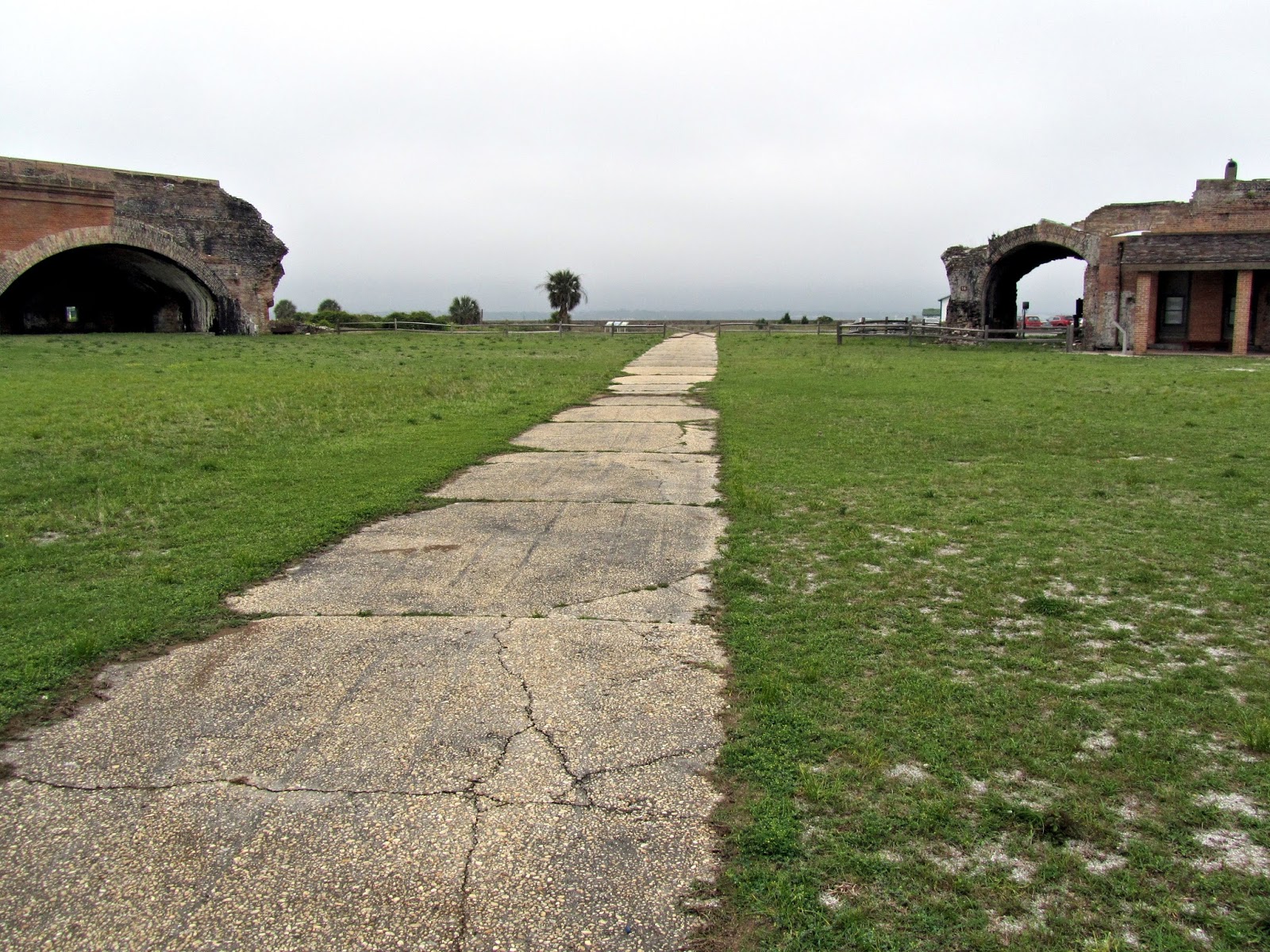 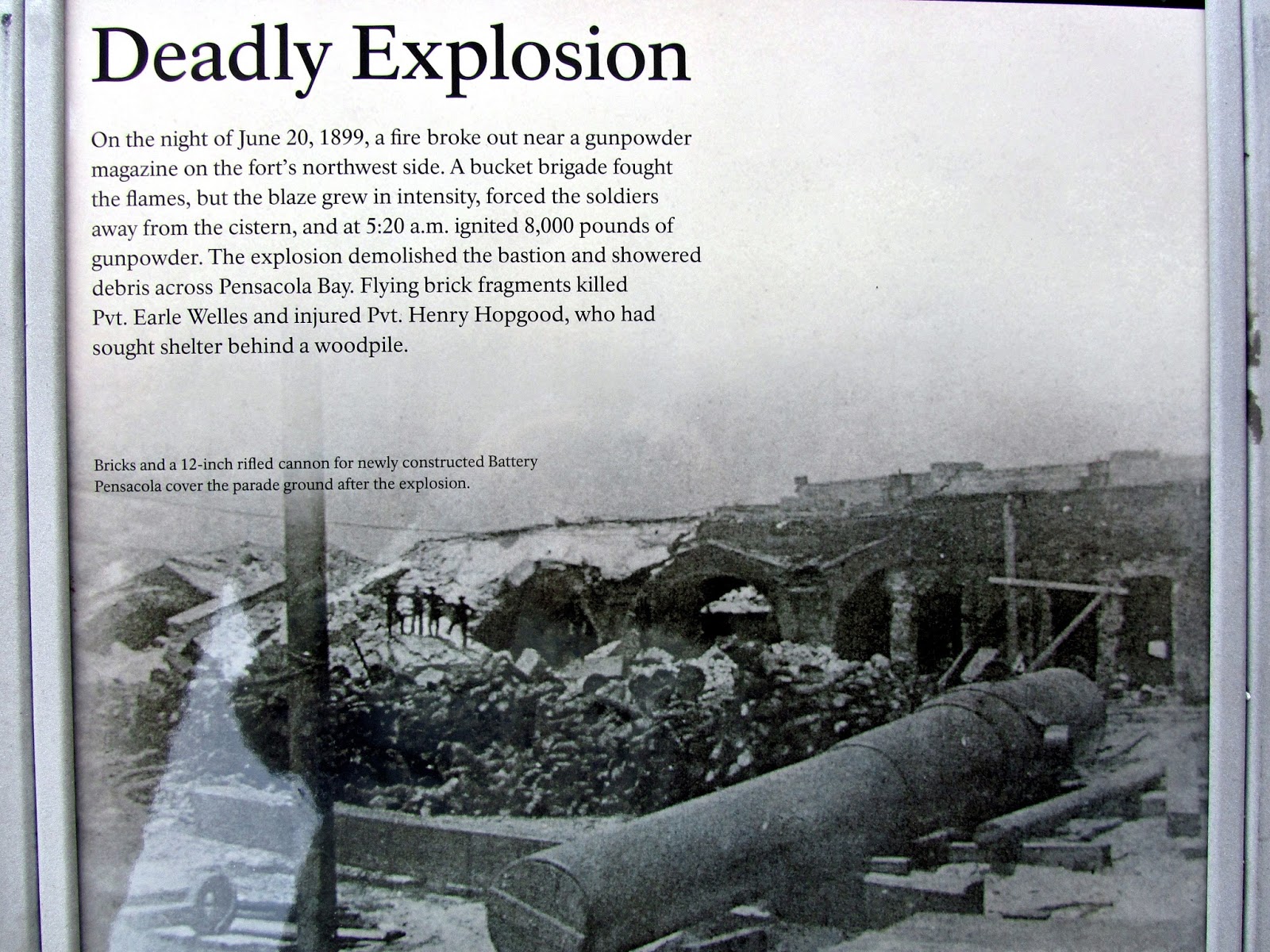 The explosion showered debris 1.5 miles away.
That would have been cool to see...from a safe distance of course. 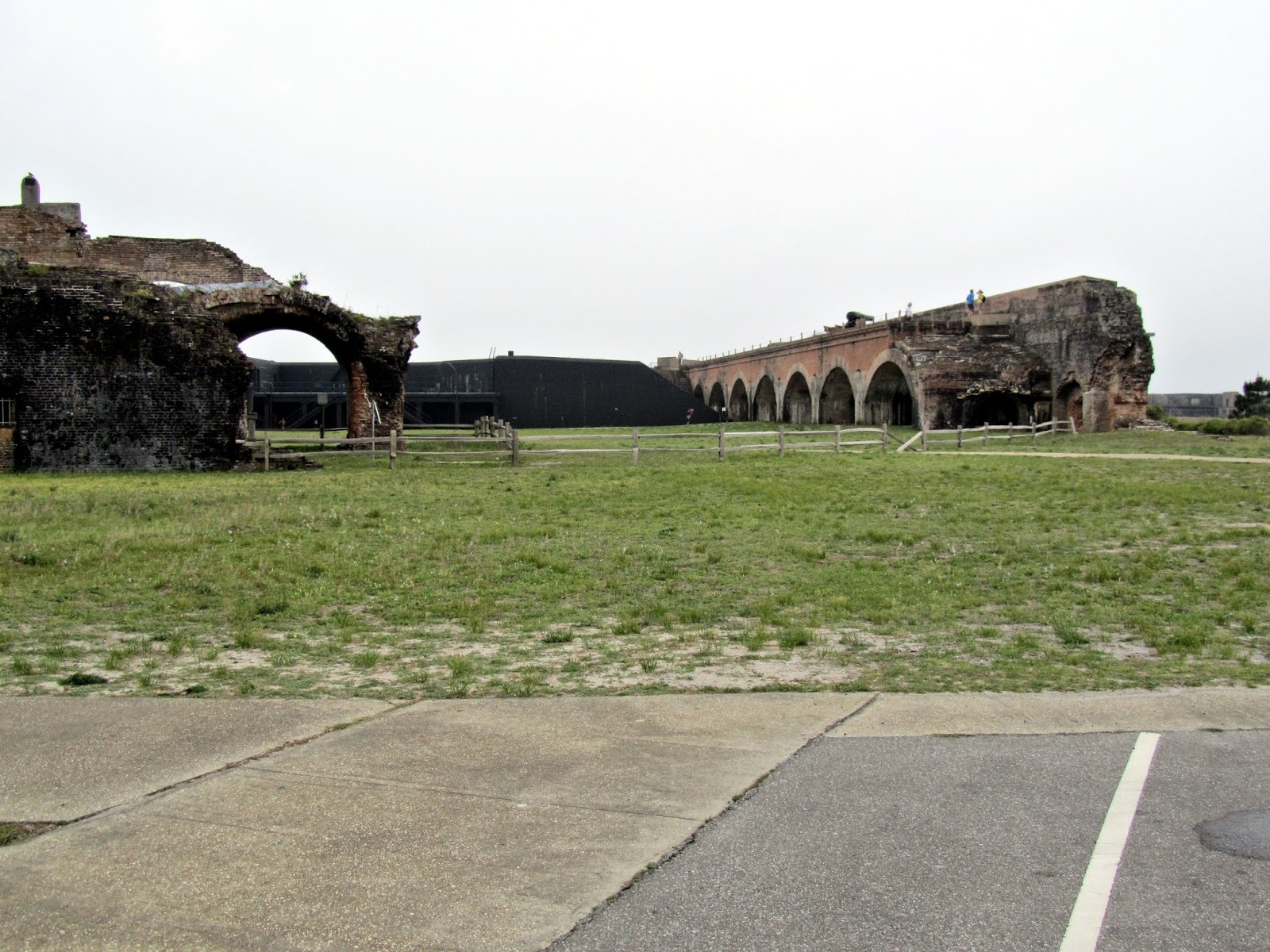 In 1887, Apache Indian prisoners were housed at the fort with Geronimo among them. 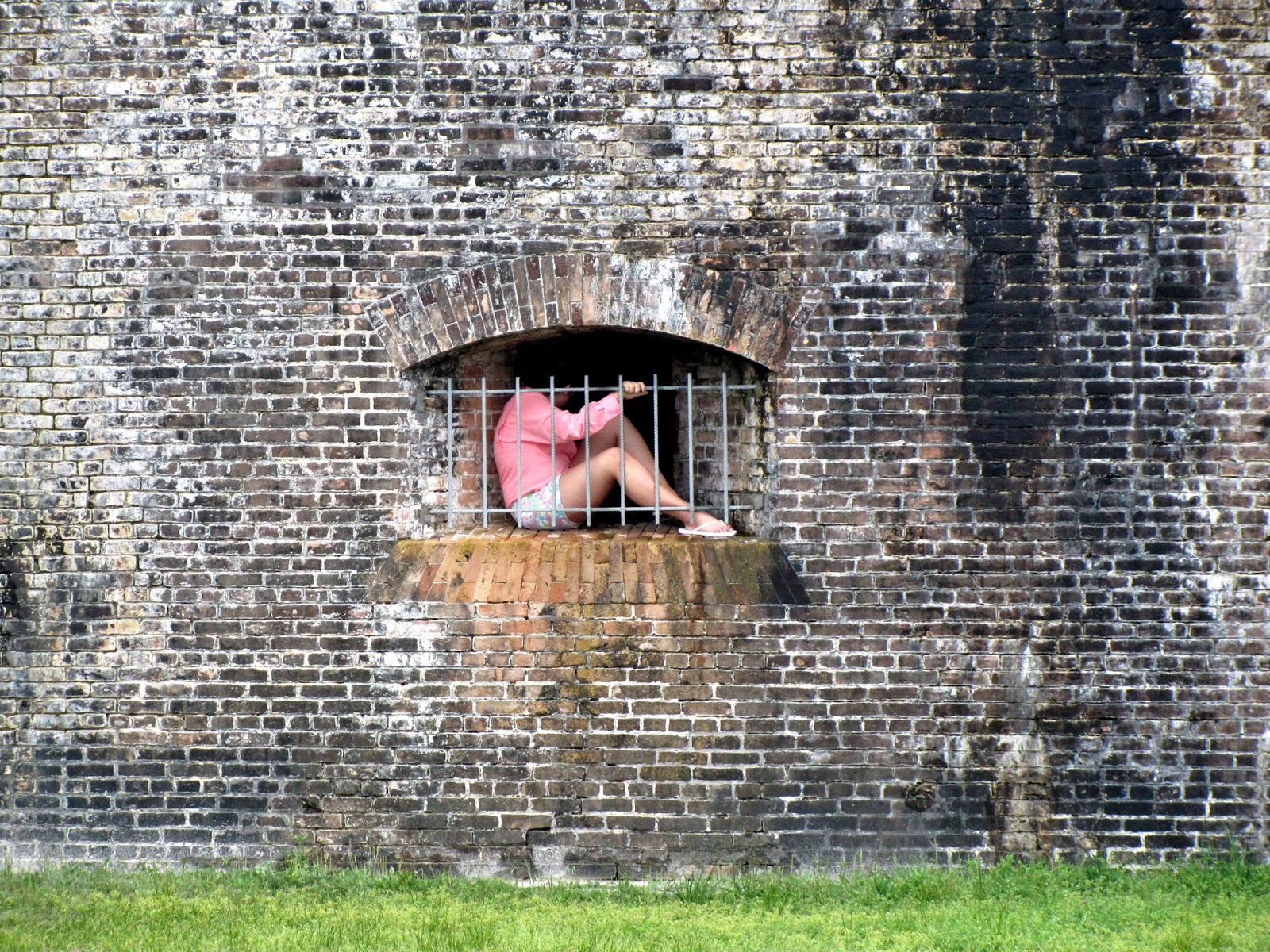 That concludes our tour of Fort Pickens.
Now, on down the road to new adventures. 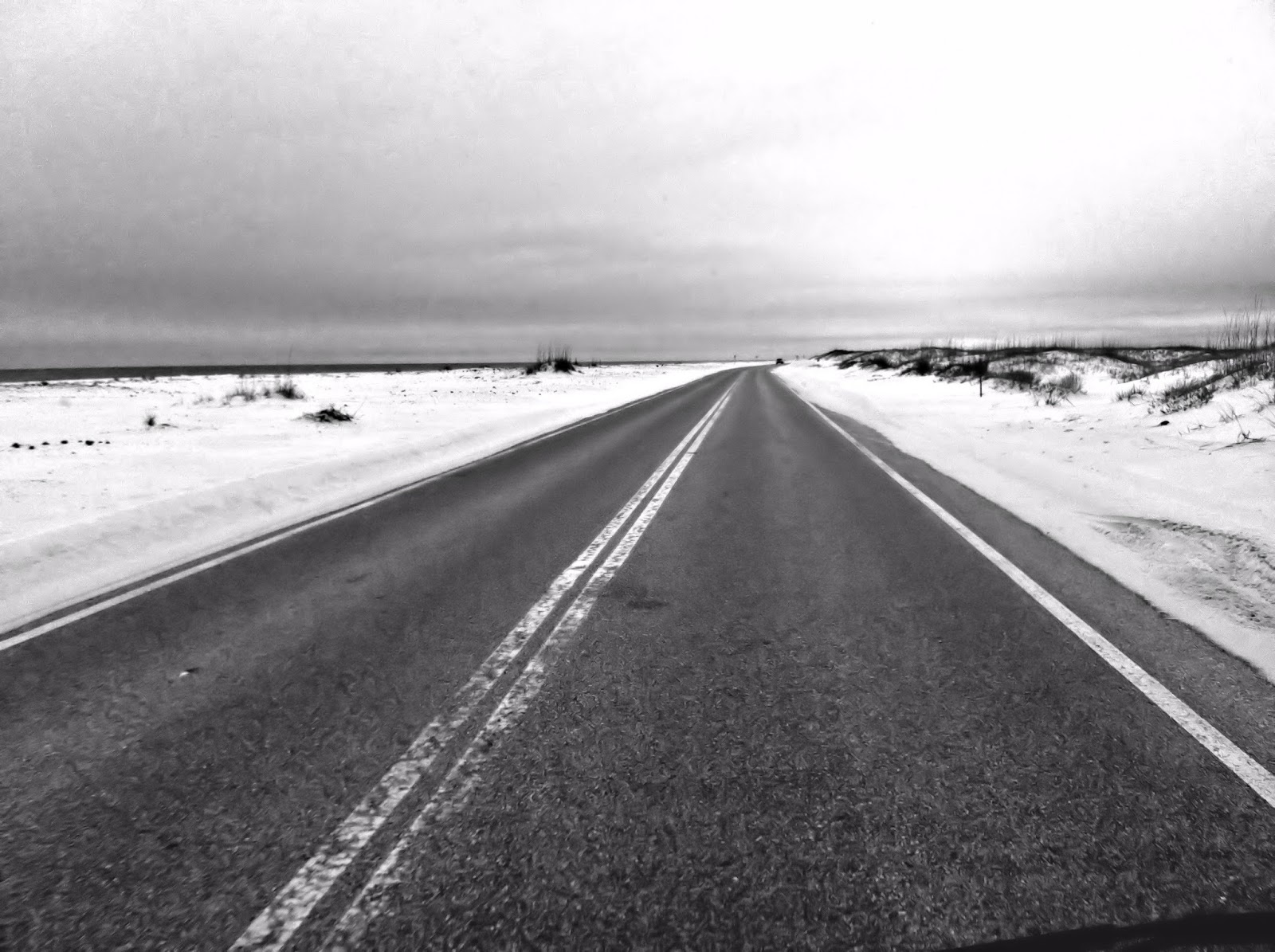