Mother of the Forest

One can only imagine what this tree looked like 150 plus years ago. 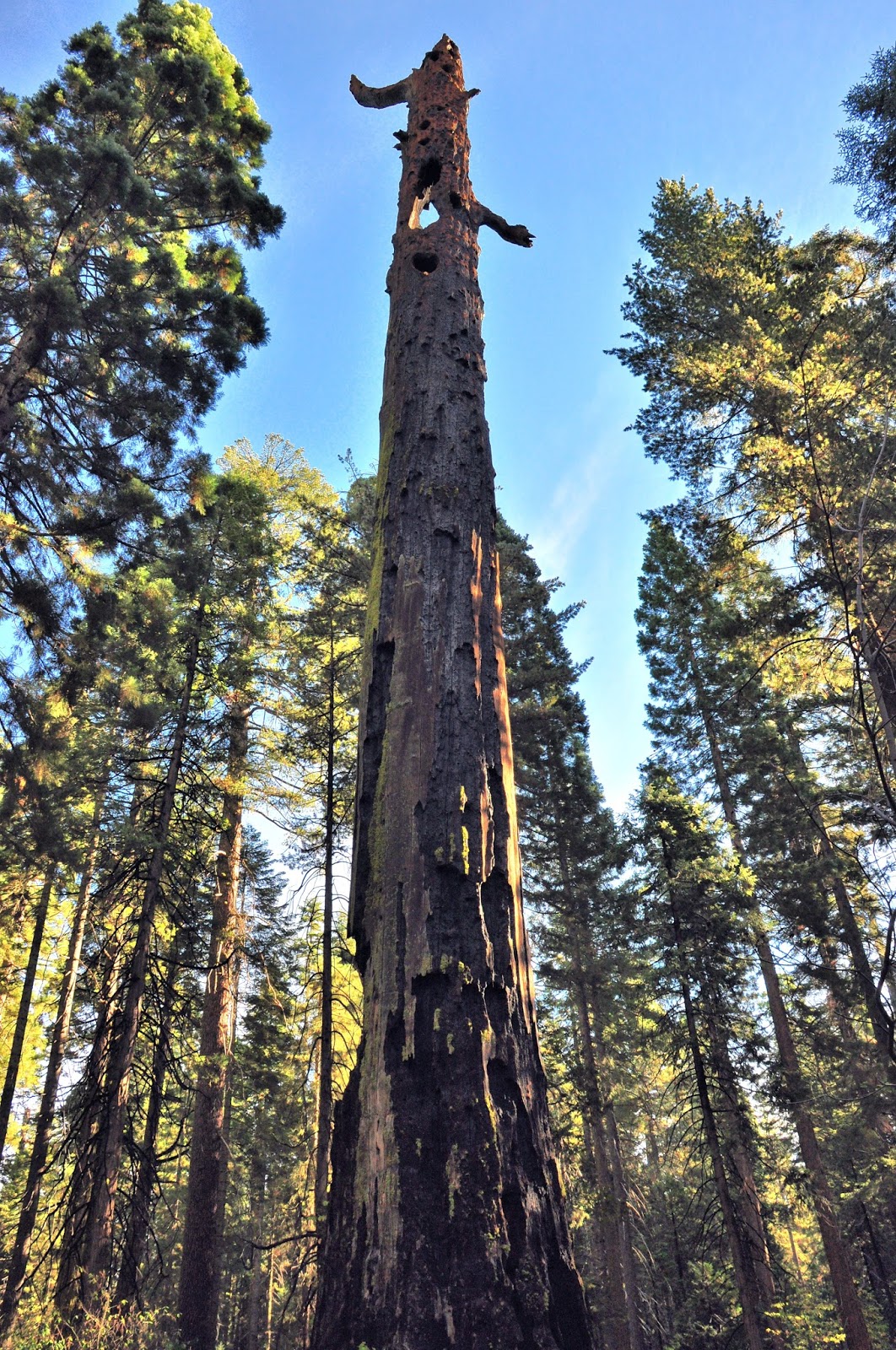 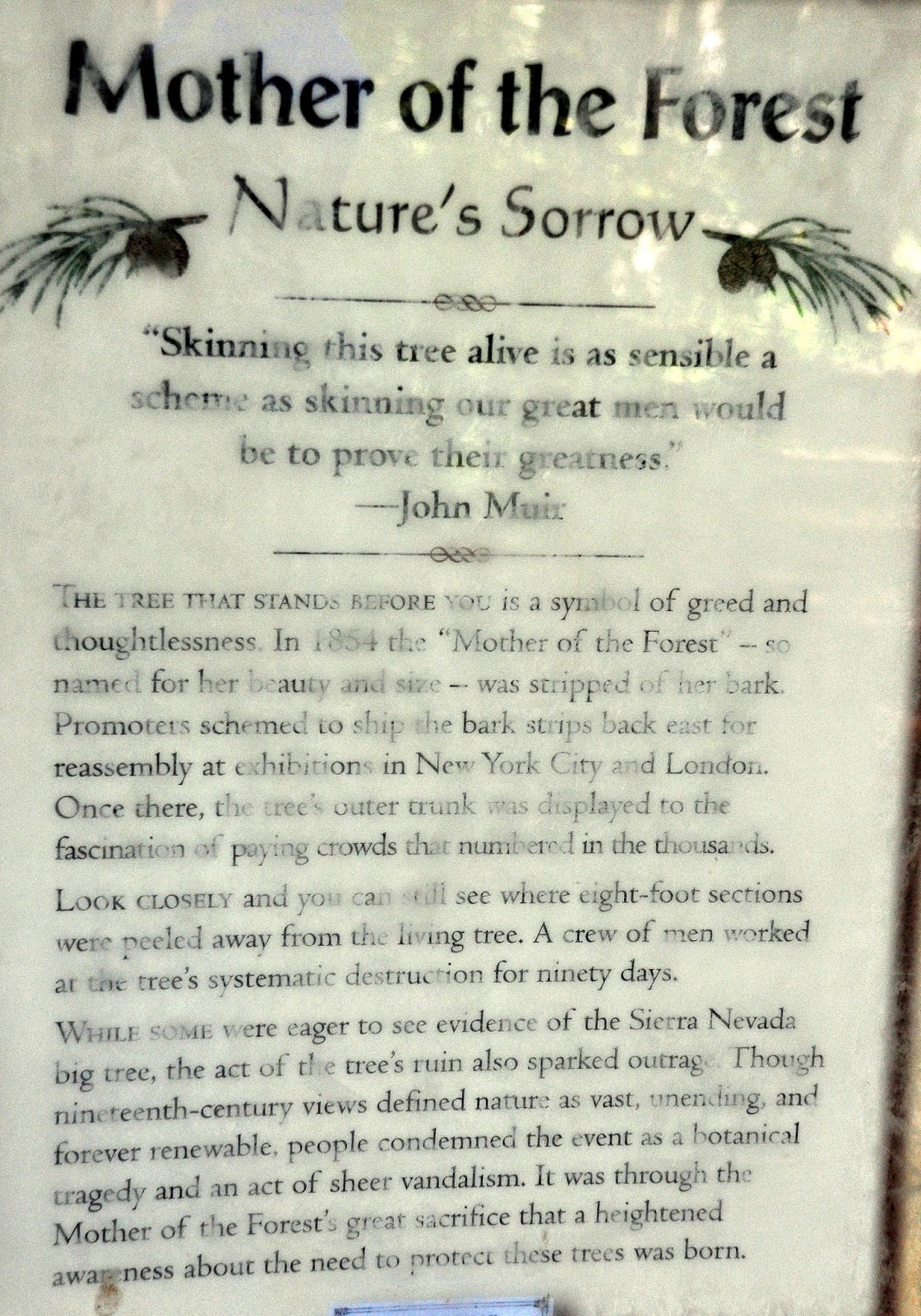 The tree was said to stretch 321 feet (98 m) into the air (which is unlikely, as this would make it 35 feet taller than the tallest tree on the list of largest giant sequoias), with a girth of 90 feet (27 m) at ground level. It was the largest of 92 giant sequoias growing in the valley in 1852 when a man named George Gale discovered the massive tree. In 1854 he had the bark stripped from the trunk. Gale named the massive tree the "Mother of the Forest" before he sent men to strip the tree of its bark. Once the bark was removed, the tree did not survive for long. In 1908, a fire that swept through the area burned away much of what was left of the tree. The massive tree had thick bark, 2 feet (0.61 m) thick in some spots, which Gale had stripped. Gale toured with the bark, showing it off to crowds.
To this day, what is left of Mother of the Forest stands as a large fire-blackened snag along the loop trail through the North Grove, at the far end of the loop. Saw marks made when the bark was cut away are still visible on the trunk, which stands over 100 feet tall. Gale sent samples of the tree to foresters in the east where it was discovered to be 2,520 years old. 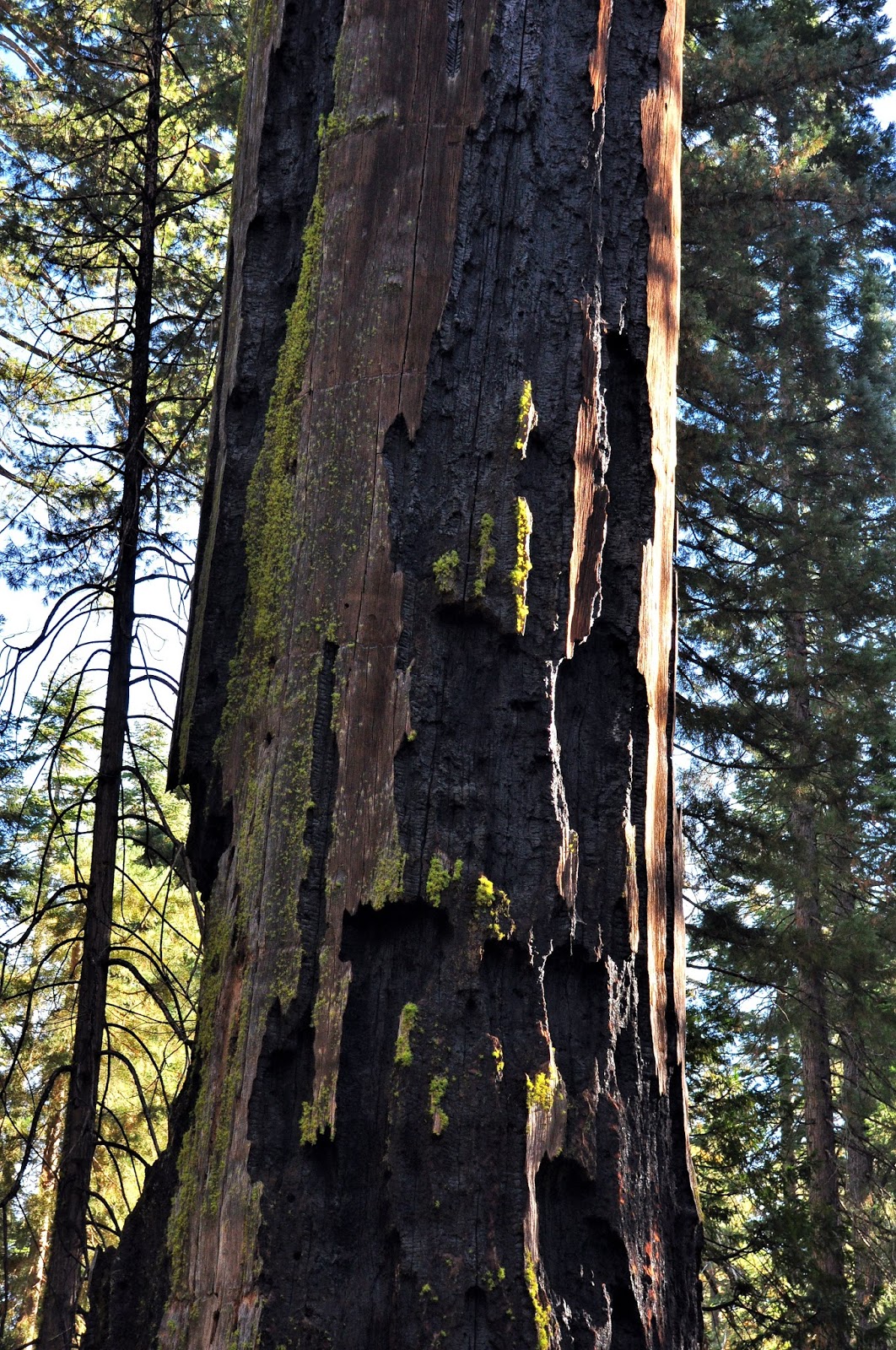 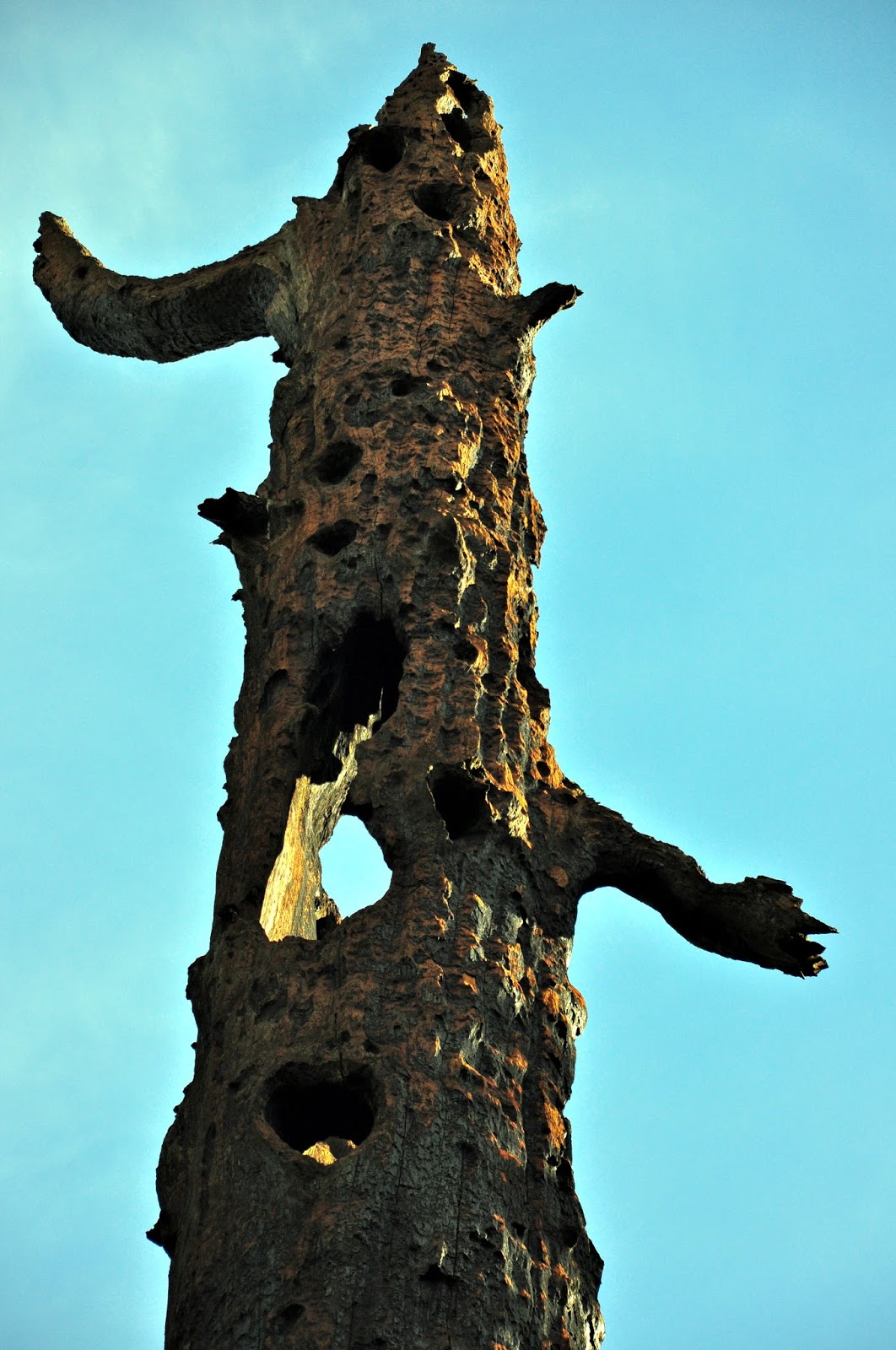 Amazing age of that tree, still standing but a bit dismantled.

you wonder if he ever gave a second thought to his idiocy. if he ever felt guilty. my goodness...

Wow. That's quite old. Thank goodness we're not as thoughtless as before....but greed and uncaring are alive and more abundant that ever. Hope her skeleton lives on to guide future generations.