This cone wasn't quite as big as a loaf of bread as that other pine cone was but be sure, you wouldn't want this come crashing down on your head.  It'd probably bring you to your knees. 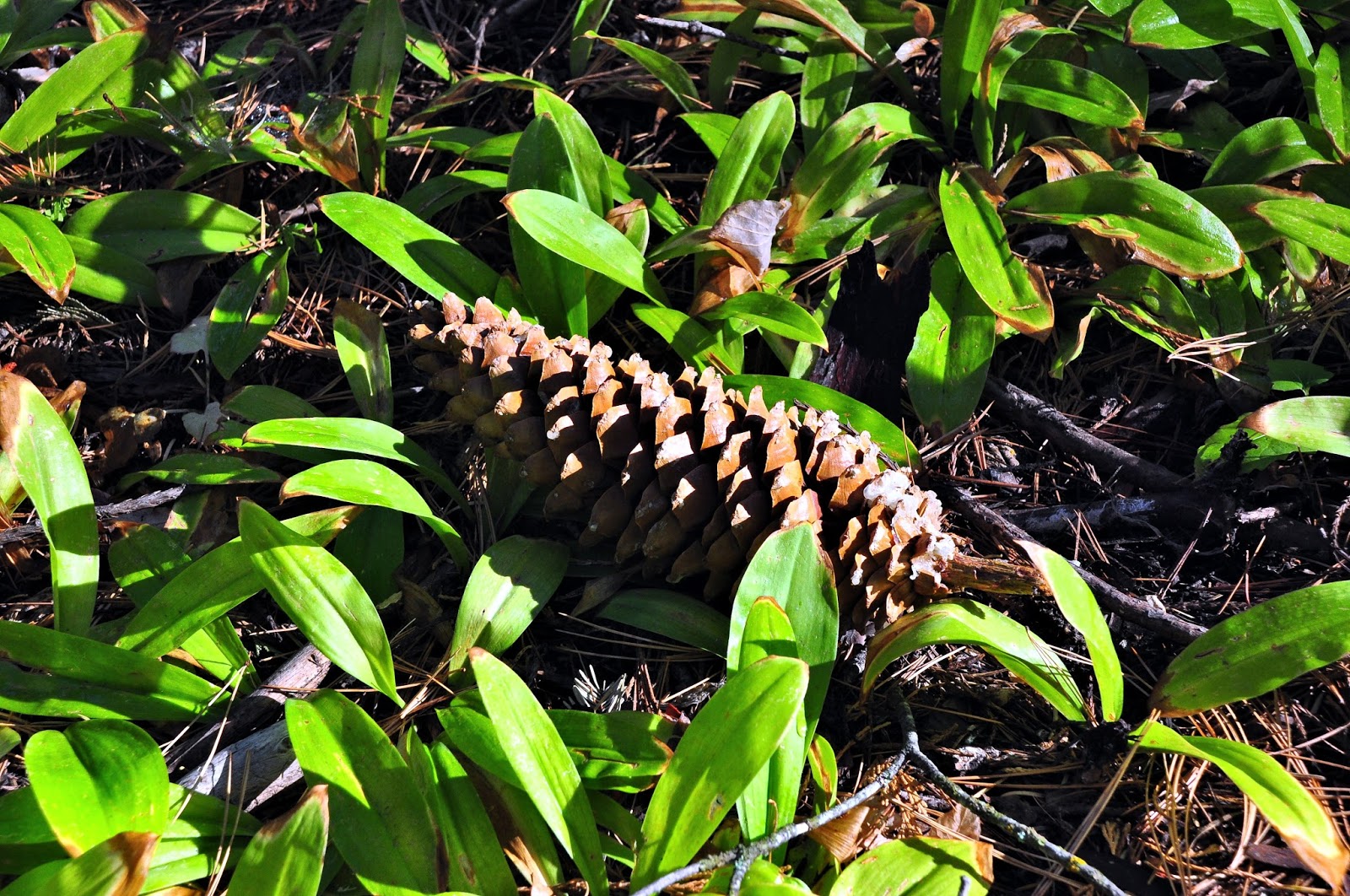 There was not that much fall forest color in this grove of sequoias. 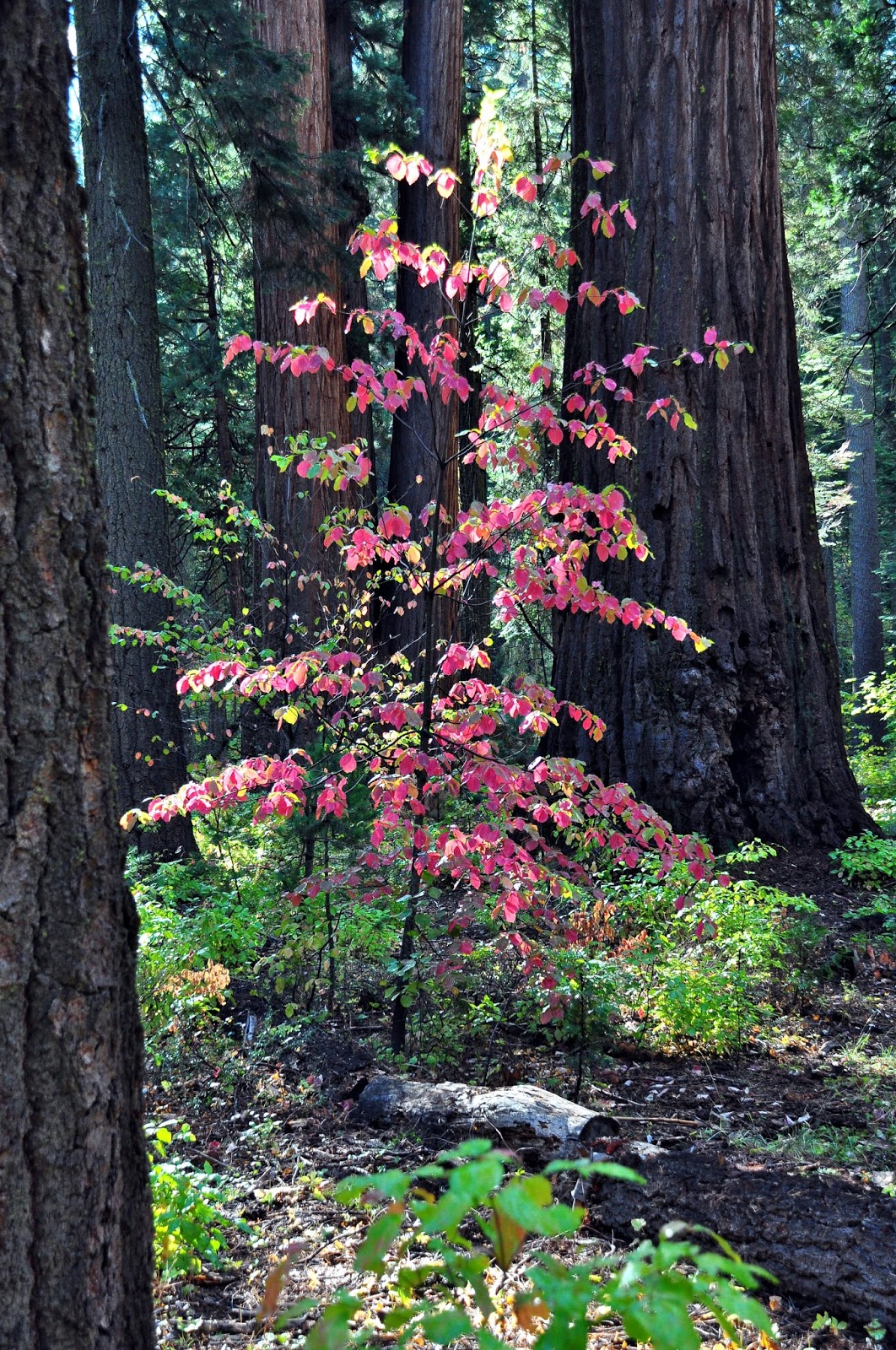 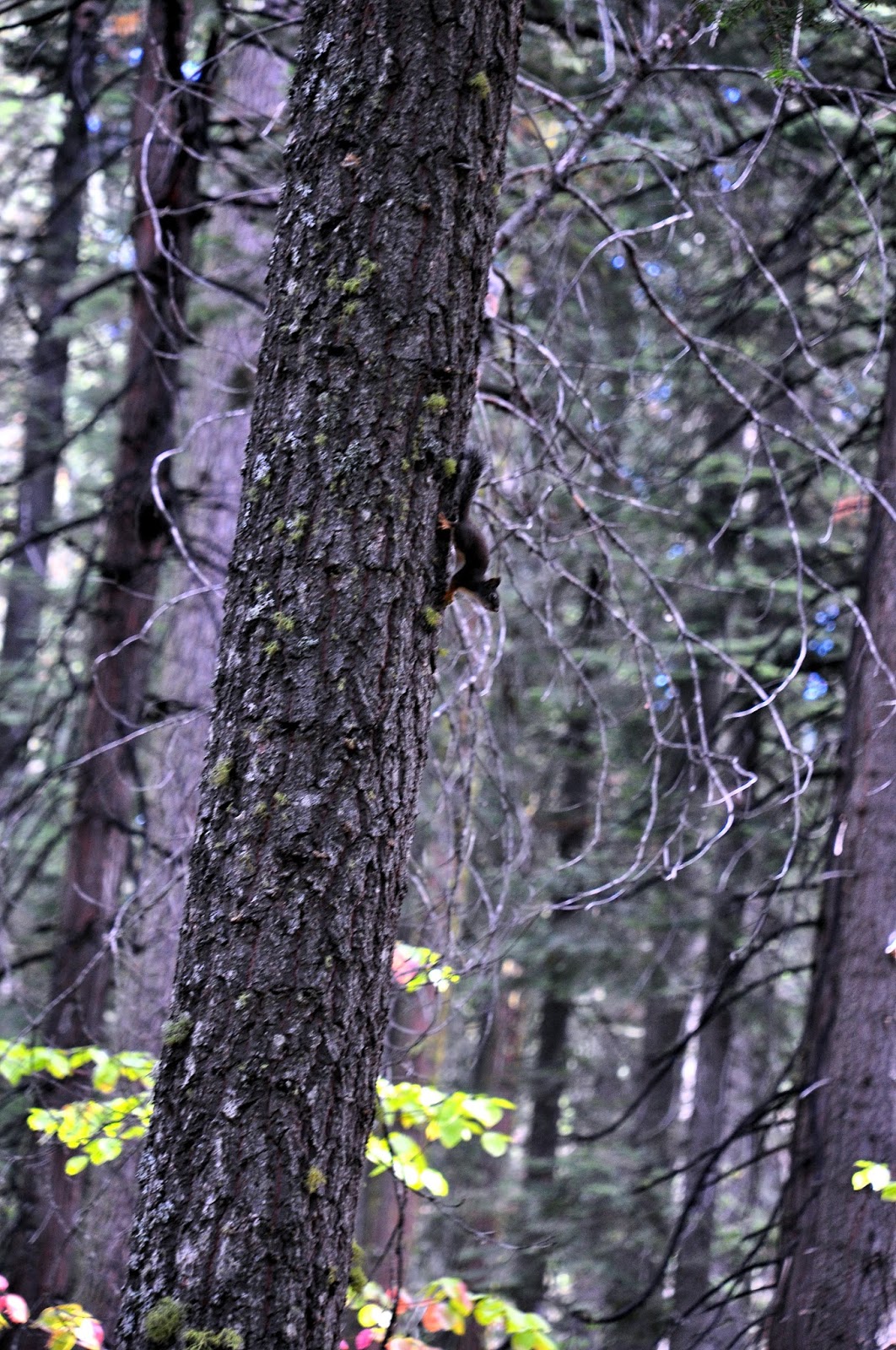 There probably is several feet of snow there now,
a whole different scene but don't expect me to go see and photograph it...ever.
I wonder what the chickarees do about that snow?

Very pretty tree with the salmon-colored leaves. Stunning against all the dark greens and browns.

wonder if they hibernate. our squirrels don't, here.

What a great place to hike and explore.

These are wonderful photos. Here chickarees sleep a lot during the winter or stay in their nests anyway. They come out on warmish days.