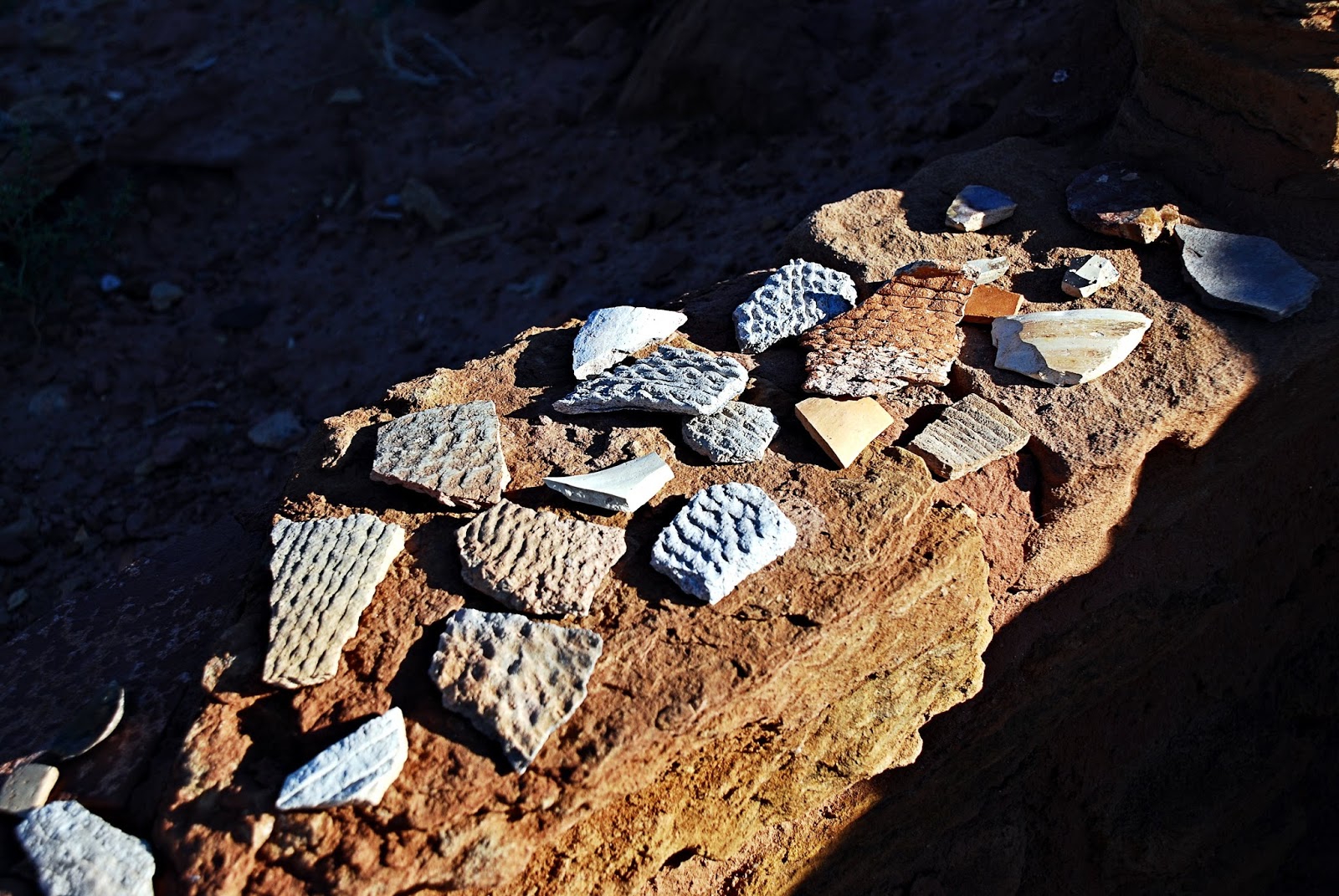 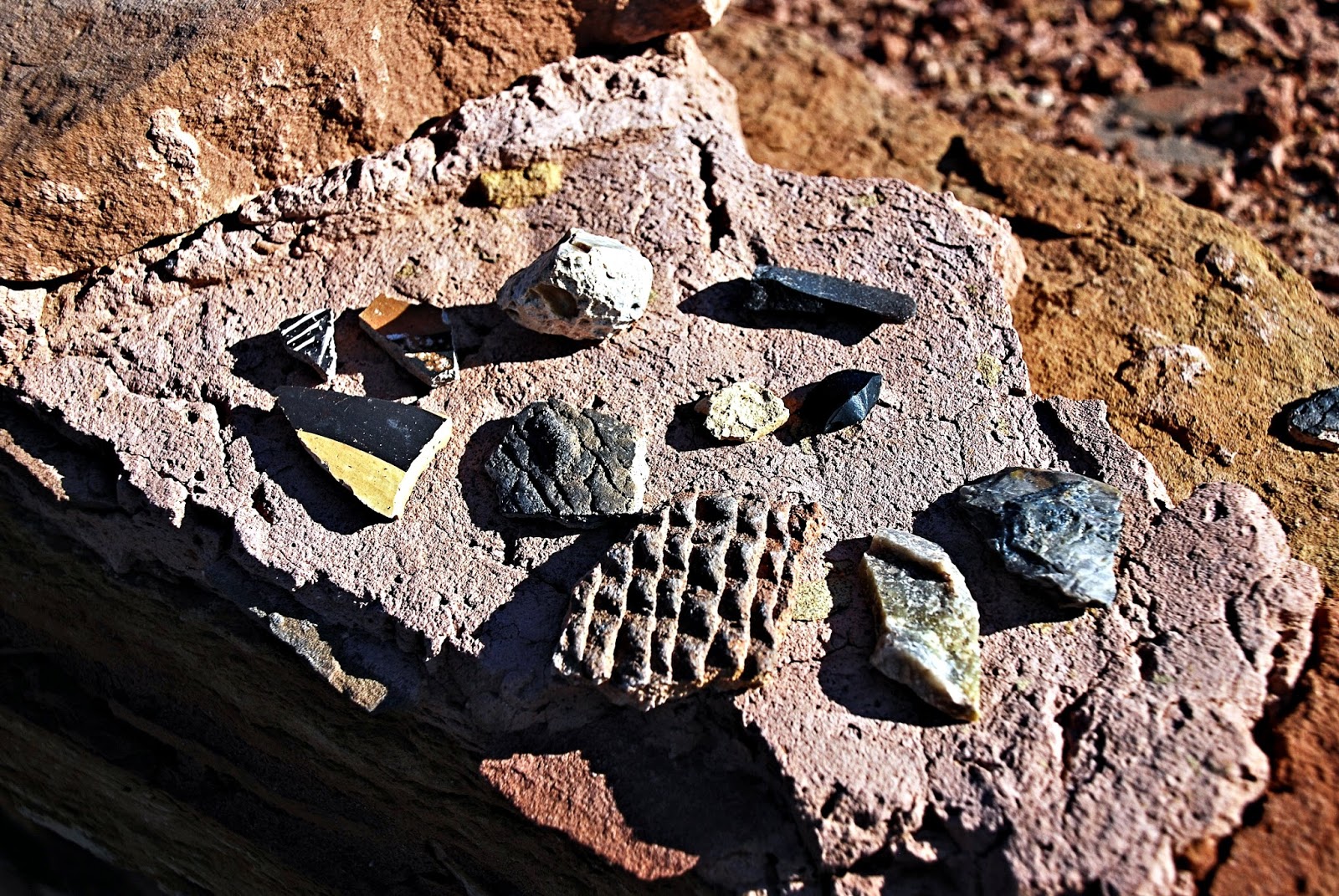 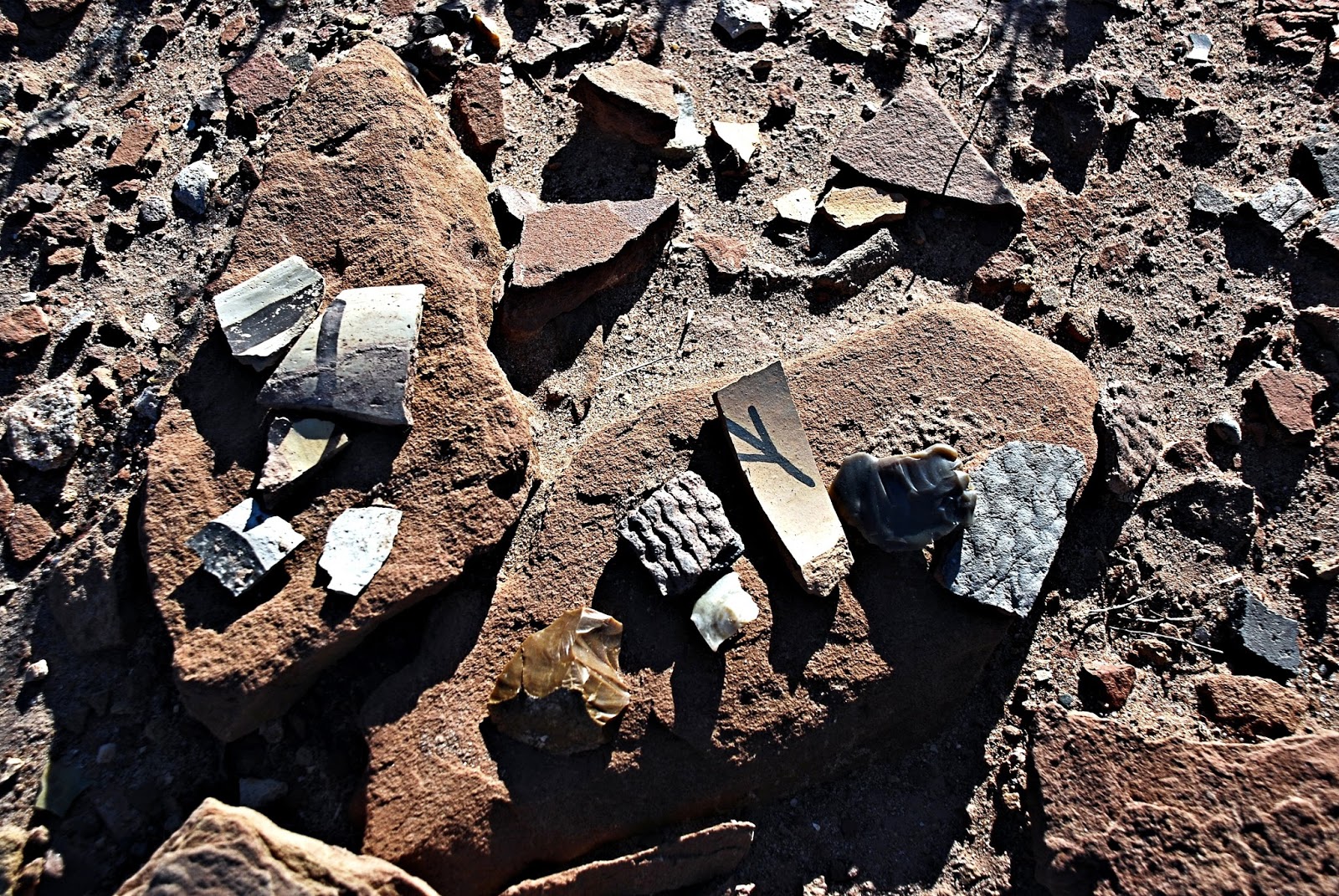 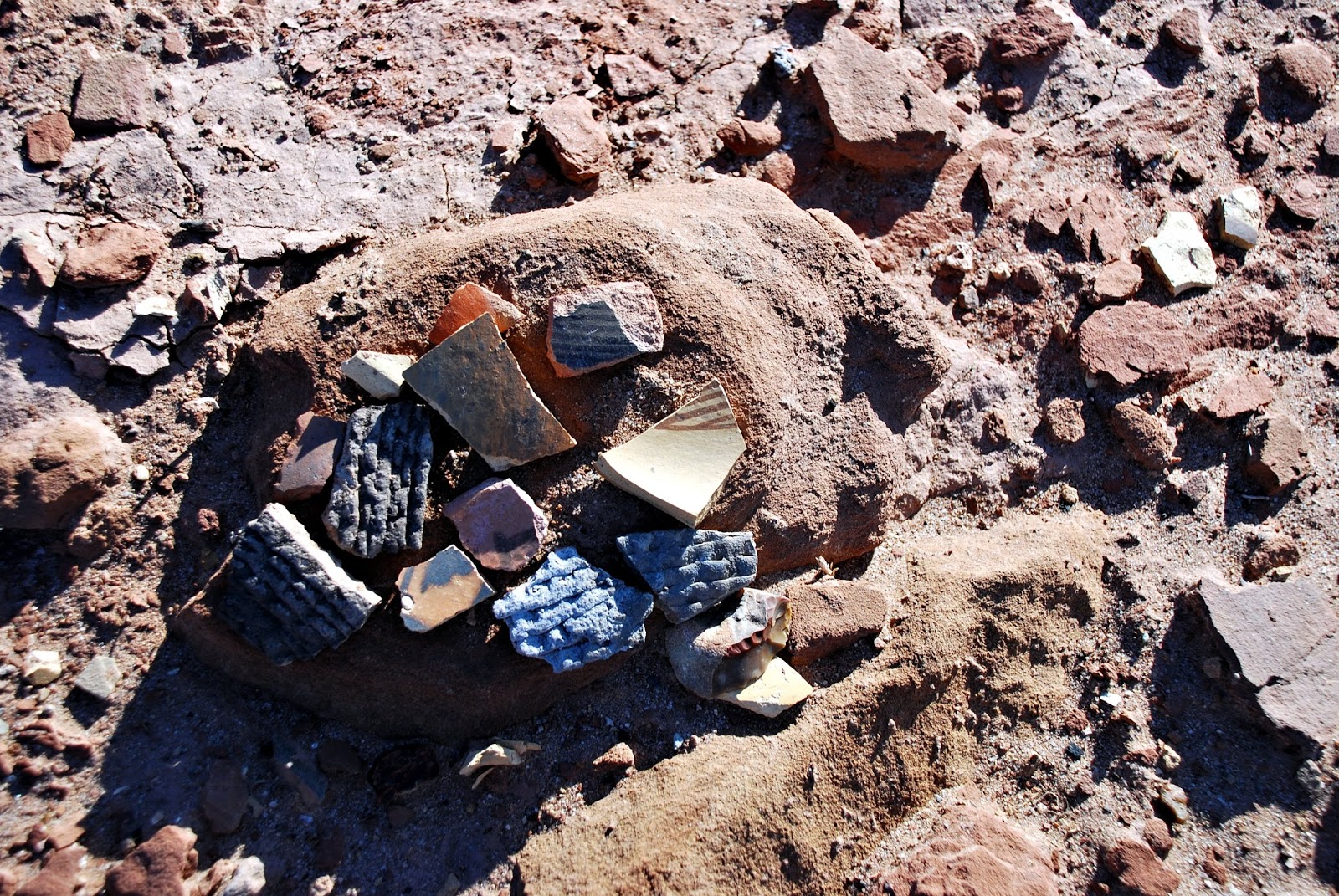 From 1290 to 1400 A.D. one of the largest Hopi Indian settlements was on this land. It consisted of two settlements of 4-5 villages. The two settlements were approximately 5 kilometers apart and had as many as 1100 and 1200 rooms respectively.  It makes you wonder how such a desolate land could support so many people but back then it probably looked a whole lot different than it does now. 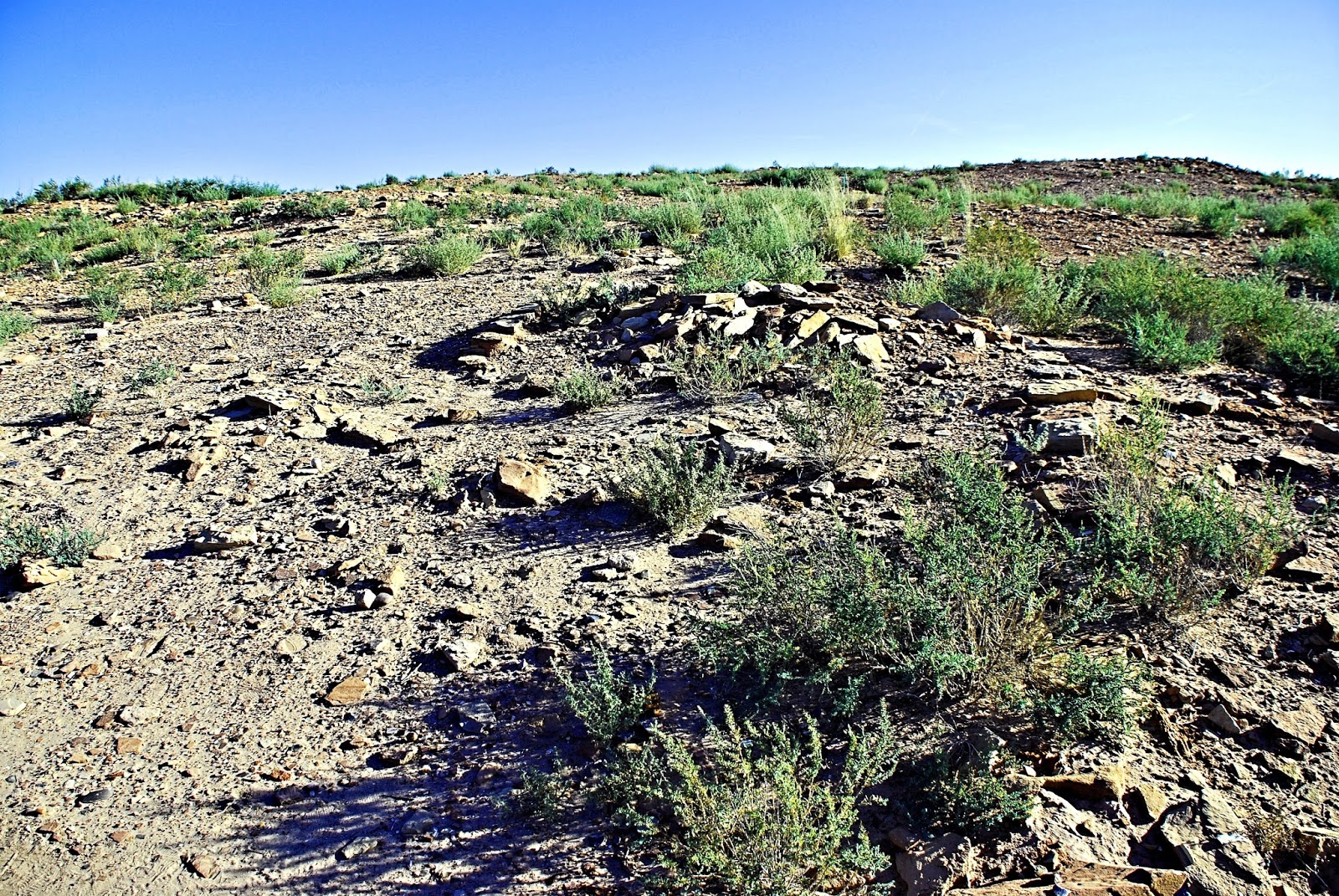 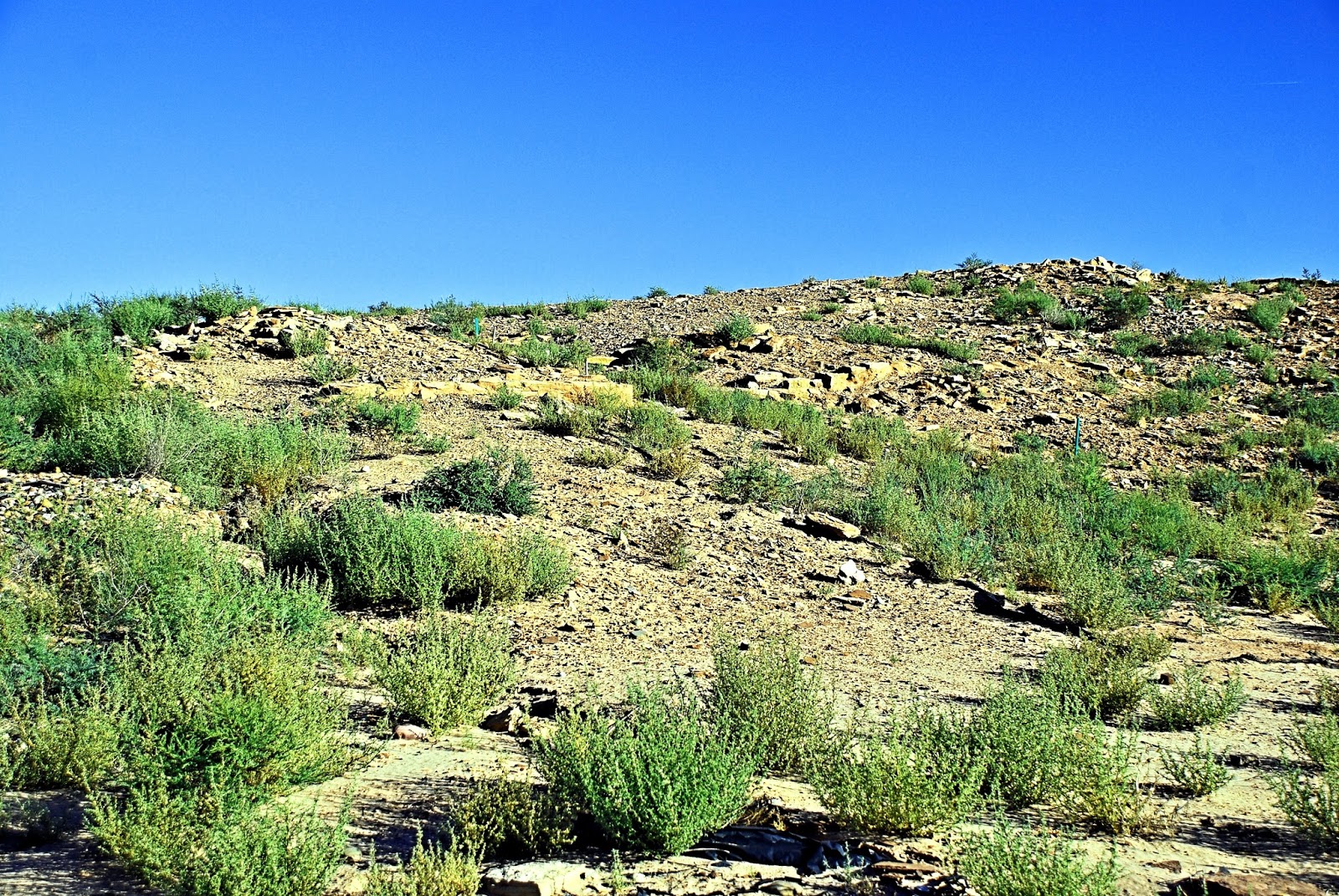 So sad that those old cultures often disappear by whatever reasons. Maybe in a couple of hundred or thousand years people are seaching in our stuffs we have left.....

I wonder if this culture was caught up in the drying of the environment that is thought to have caused issues for other communities in what is now Arizona?

was it a look, touch, but don't take scenario?

I'm amazed that you can still find so many shards!

Where these shards from some kind of exhibition or did you find it yourself?

I liked the one with the bird track.

I think there was a lot more water for one thing, not nearly as desolate as it is now. I love Native American history!

I agree with EG. I am surprised that you can still find these. Pretty cool.