One of My Favorite Finds

I had vague directions for this and once in the graveyard I thought I would have little chance in locating it.  So you can imagine my glee when I did.

Pete worked in a railroad yard and lost his foot in an accident there.  We can surmise a train ran over him.  Anyway, Pete held a burial for his foot with the thought of someday when he died, the rest of him would be buried there also.  As time went on Pete eventually hopped out west to seek his fortune like so many people did at that time.  Pete never returned to Missouri and his foot lies buried there still.  It would be fun to find where the rest of Pete is buried out here on the west coast but I have no idea where that may be. 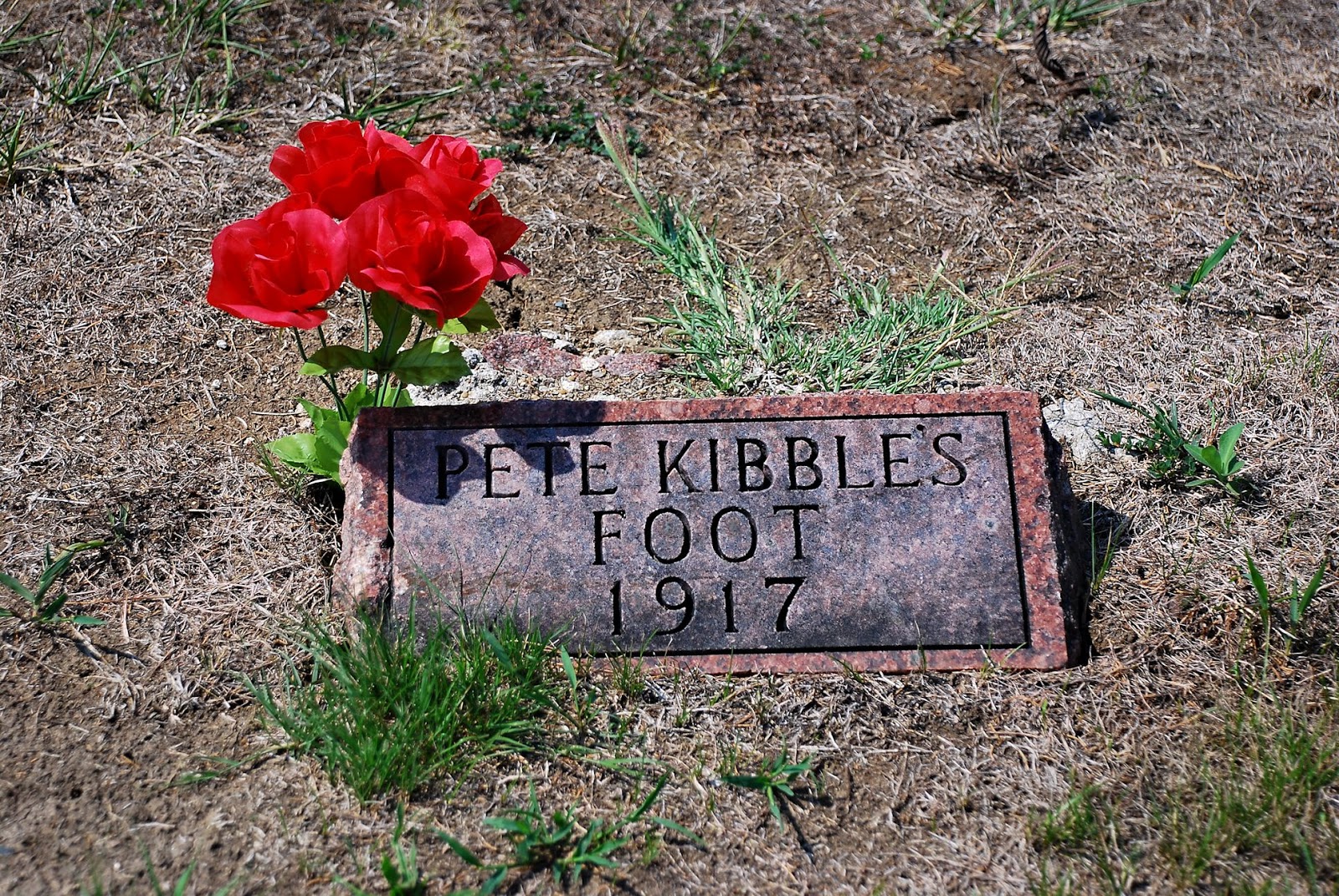 Cemeteries are nice, peaceful, quiet places to have a picnic lunch. He must have been a humorous person. The grave is well maintained with a pretty flower to it.

Pete must have had a great sense of humor. You might be able to find him on Google? I tried, but there are many, many references to Pete Kibble, including your story.

brings a whole new meaning to 'one foot in the grave'.

It seems all wrong that he's been forgotten and his foot has become famous.

he sounds like a funny man. some one who would be cool to meet. ( :
i wonder where his buried now? i guess you could say on your grave where you lay for your final rest. my foot is here ... go visit if you will. ha. ha!!!

how odd yet interesting.