Where and When I Changed My Mind

From the Archives - Minnesota 2012

All my life I have always wanted to see a tornado, from a safe distance of course.  Chandler was the first town we ever visited that suffered the effects of a tornado and had something to show for it. 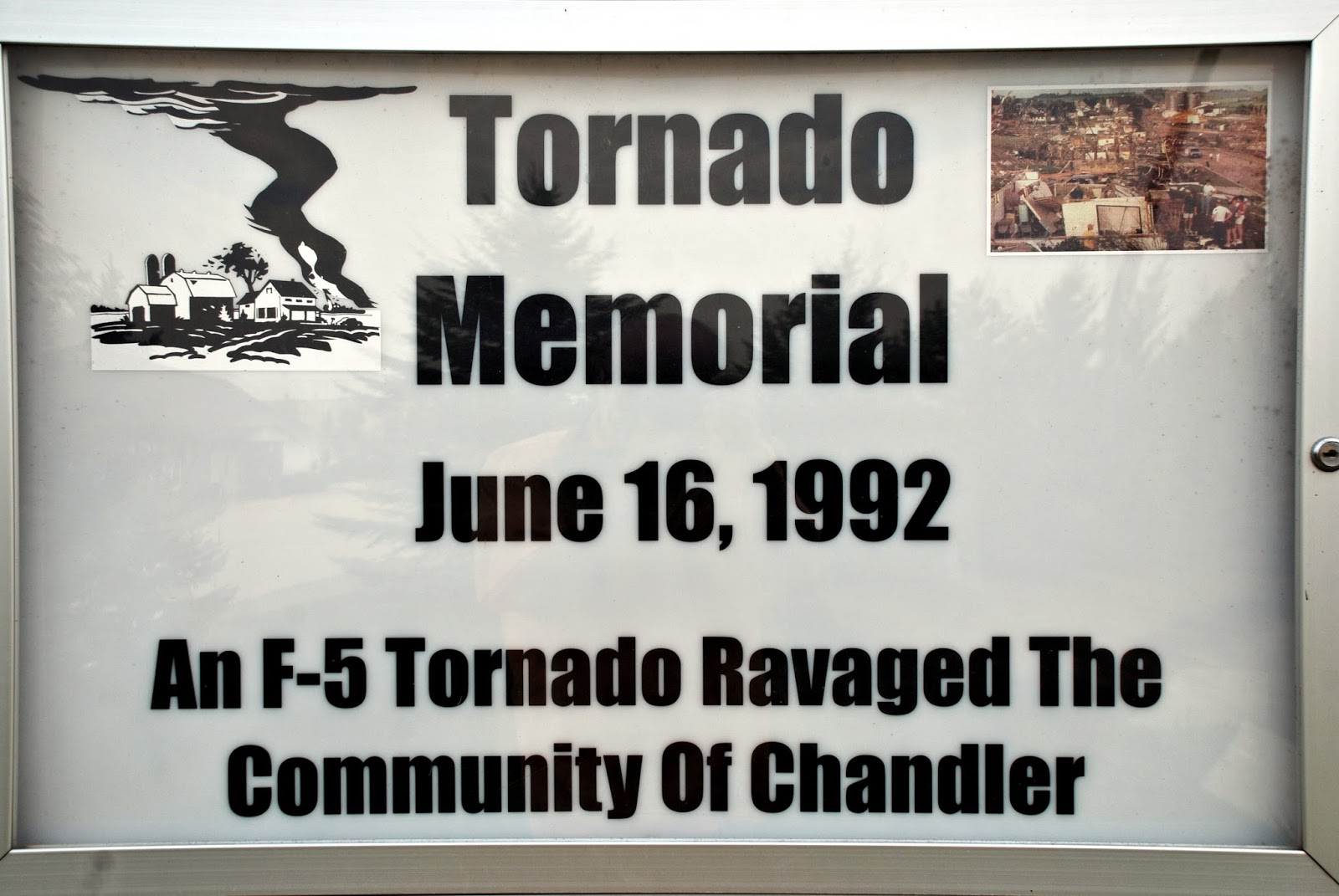 It's one thing to see pictures on TV or in a book but to stand where it happened...nope. 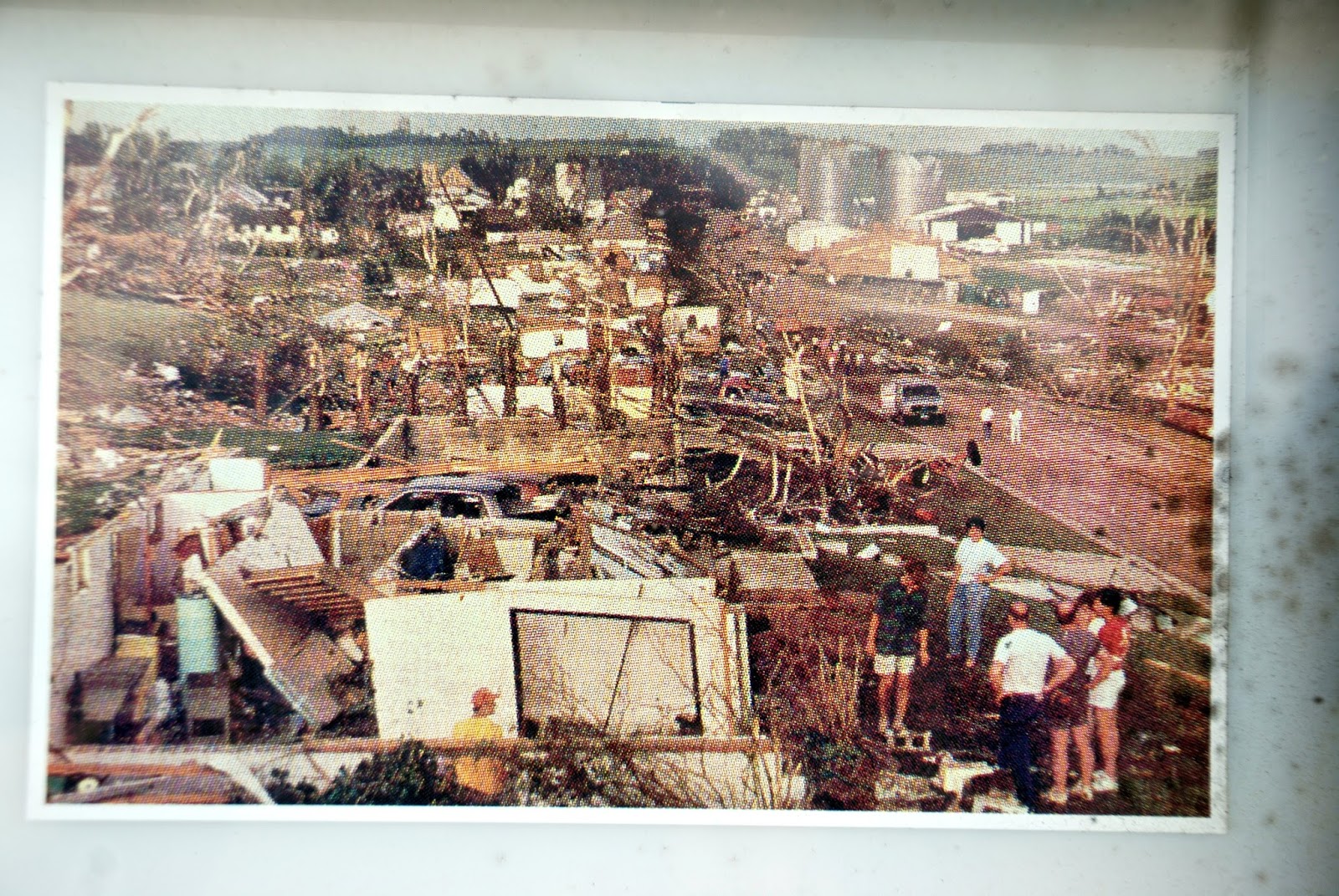 Their water tank was about the only thing left standing and they left it as a memorial.
Their new water tower stand behind. 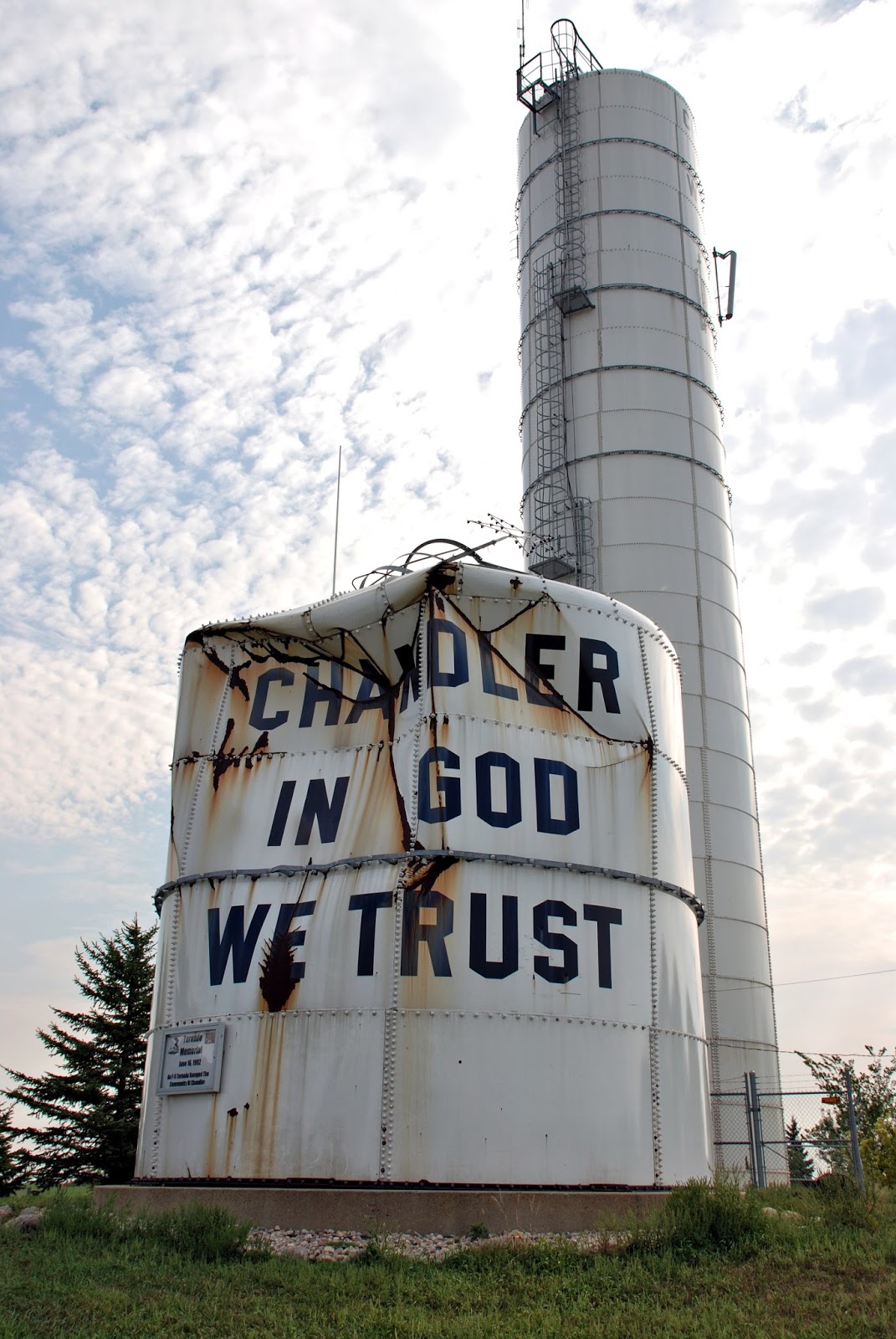 We've visited several other towns in America who have become victims of tornadoes since that day in Chandler and I now plan our trips back east NOT during tornado season.  I'm not fooling myself thinking it can't happen either, season or no season.

Yes be careful, nature can be frightening sometimes.

Joplin Missouri was also one that was hit hard by tornado. They are really scary.

Tornadoes and hurricanes, keep away.

Hey, one hit out there about 20 minutes from my daughter just this past year. So you are not totally immune! LOL I could not believe it when I heard...I can't say I blame you on not wanting involved in one. Though at least you can get away from them. Not much to be done in an earthquake.

Wow - that is sobering!
I agree that there should be more than 1 cat in that mural!

we have been to several locations that have had tornadoes ... & it is so heartbreaking to see the destruction. we go to New Orleans & i know why folks love it but i would never in a million years live there because of the chance of flooding. i use to be happy with Virginia because we never had a earthquake and then we had one last year & it totally scared me half to death. i think you have to live in a box or storm shelter. ... maybe?? ( :

Tonadoes show us just how powerless we humans are when nature is in control.