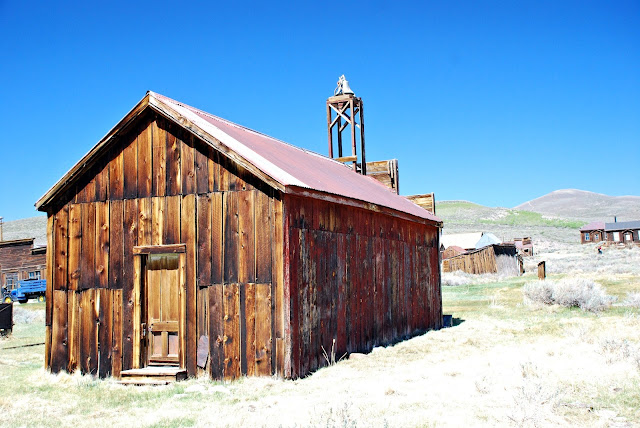 Neat bell.  I bet when that bell sounded off it put fear into everyone who lived in Bodie.  In June of 1932 the second of two major fires wiped out most of Bodie leaving only the 110 buildings left standing today. 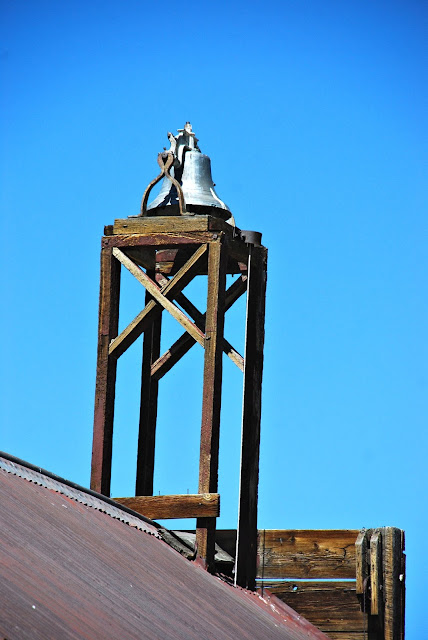 I think they needed a bigger fire department. 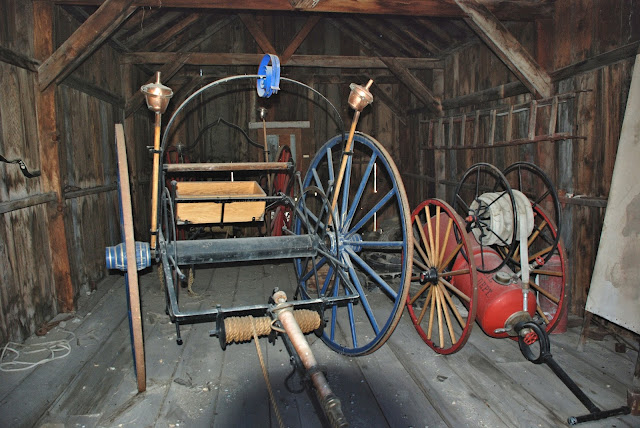 In 1941 the bronze bell was returned to Bodie after it was stolen a few years earlier. 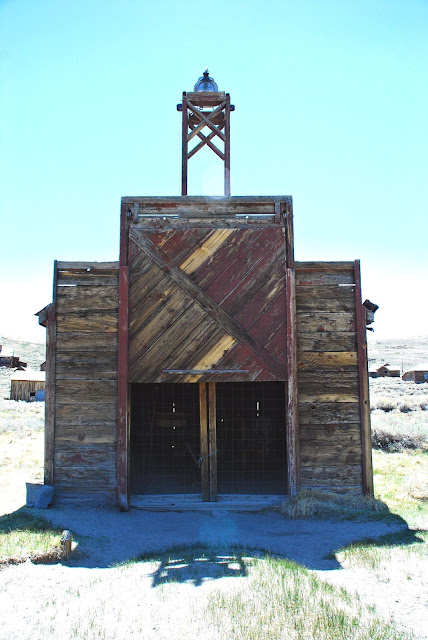 Even here you can see that the universal color of the fire department is red. An astonishing left over from the past. Thanks for showing John.

That is an interesting fire department, the aquitments were rather primitive.

and how do you try to fight a fire in that terrain with limited everything? yikes.

Looks pretty small for a Fire department. Love the rustic wood on the building though.

And how much water would they have had to fight a fire!

Interesting pictures and commentary on what remains of Bodie in the last few posts. Looks like you had a grand time exploring the place.

Terrific photos of Bodie.
It's one of my favorite places to photograph.
I think it's time to go back and visit again.

Fire is a BIG problem, especially in such a dry place.

you find the coolest spots. i bet the firemen manage to cook some good meals there. oh the stories...