This is Svea 123 backpacker stove, made in Sweden all in brass.  With only one moving part, the valve, they have a well-established record of reliability among weekend hikers to extreme mountain climbers alike.  It runs on white gas (Coleman fuel) and is self-pressurizing, meaning no pumping to build pressure in the tank. You prime (preheat) the stove with a small amount of fuel placed in a shallow reservoir beneath the burner, light it, which heats up the tubing thus vaporizing the gas for ignition at the burner.  Very ingenious. 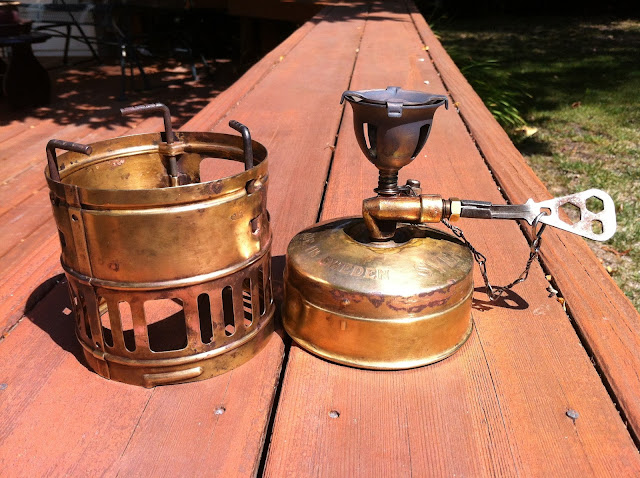 How do I know that? 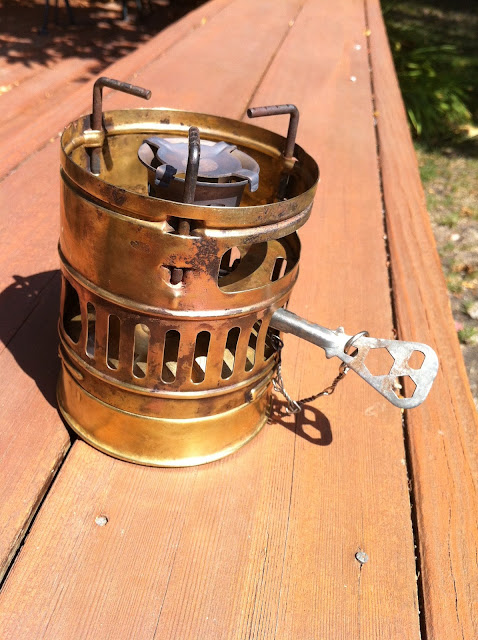 It was still in the original box along with the sales receipt from North Face!  Someone paid $25 for it back then.  Today brand new ones which are identical to this sell for $100.  I paid $5. 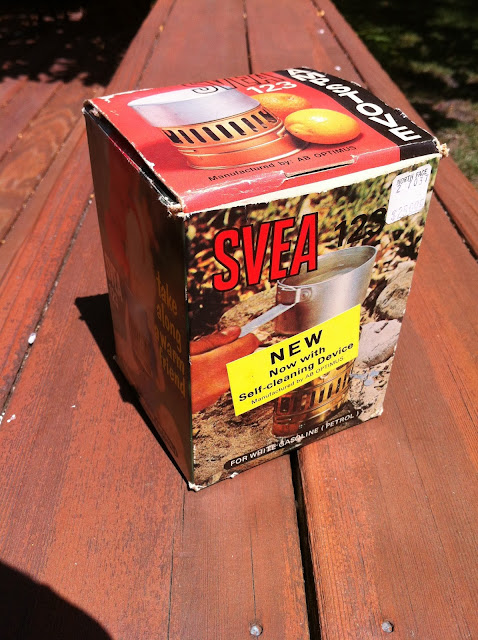 It comes with a aluminum cup and handle 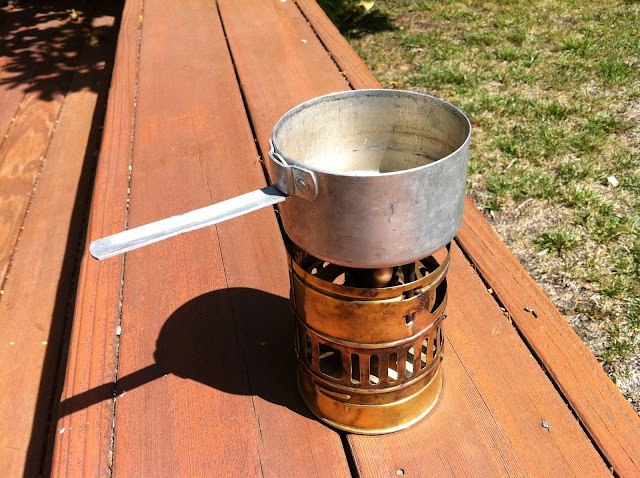 which is the cover for when you pack it away. 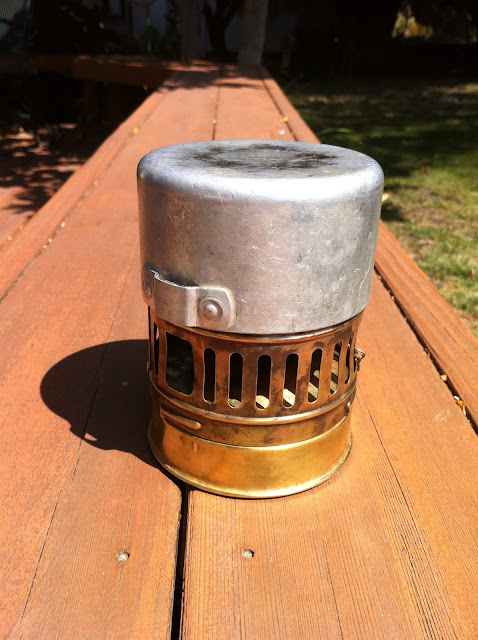 I bought it from a seller who gets his junk from unclaimed storage lockers.  I know the stove was well-cared for - who else would keep it stored in its original box along with the instructions and the receipt? I could tell the little stove was well used from the patina to it also all the black soot that was on it.  I wanted to remove the soot but leave the patina alone which soaking in some vinegar for a few minutes did the job.  Some people really polish the brass out which makes them look brilliant but I didn't want that.  I feel bad for the person who once owned this and probably lost his storage locker for one reason or another to auction.  It would be neat to know all the wilderness places this little stove has been. And yes, it works great with their little pulsating roaring sound like a jet engine at take off.  It boiled a cup of water in three minutes.

That it still may serve you a long time with happy memories.

Awesome. love it what a find

This is a great find you had. So nice to find something you can still use and looks so inventive as well!

Great buy, John. Many years ago I cooked over a Primus stove when backpacking and it was similar to this but not as nice (at least in my memory).

I'm sure it will have some interesting trips ahead!

glad you appreciate it.

Best little stove I ever used. Far out, man ;)

It is a thing of beauty...a bonus that it is something to use.

Love flea markets, thrift stores, estate sales, etc. When you're on the prowl for a treasure and then find one, it pleases you for a long while. And sends you on a hunt again. The original owner probably would be happy to know his stove is still working and proudly owned by another fella.

Lovely find you got there. I remember those little stoves.

What a perfect little stove. I really like the idea of no pumping. I remember always pumping our Coleman lantern and our Coleman camp stove.
You got a real deal!
Yes Lake Tahoe is very low. I wonder what will happen when the Kokane Salmon try to spawn up Taylor Creek without much water...so sad.

A friend of mine had one just like that. I was always going to buy one but.....