We had a good visit to the Mojave National Preserve.  Sinbad did great.  This is our first road trip in nearly a year.  I hadn't realized it had been that long.  But his health is much improved and it was just like old times.  The big difference now is he doesn't seem that interested in going out exploring.  I think this was due to him being nearly deaf now and he cannot hear the interesting noises in the brush that used to peak his curiosity.  Now he would just sit and stare outside for awhile then turn around and go back to sleep.  I'll get pictures together and start with them next week. 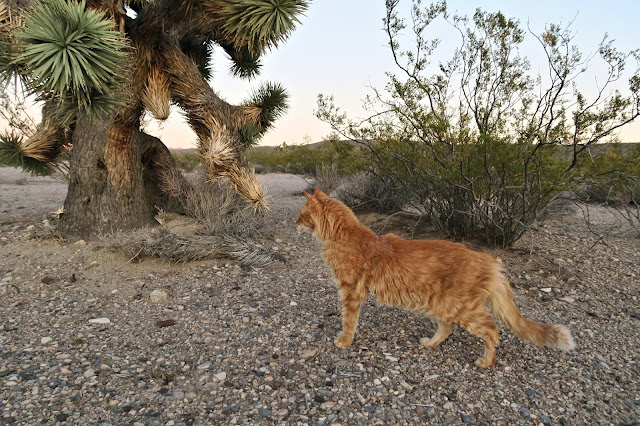 The other thing I noticed was now he cannot hear me approach the RV when I would return from a hike.  In the past I'd hear a "thump" as he would jump down from wherever to greet me at the door.  Now he isn't aware I am back.  It used to be a game we'd play to see if I could sneak up without him knowing but not anymore. 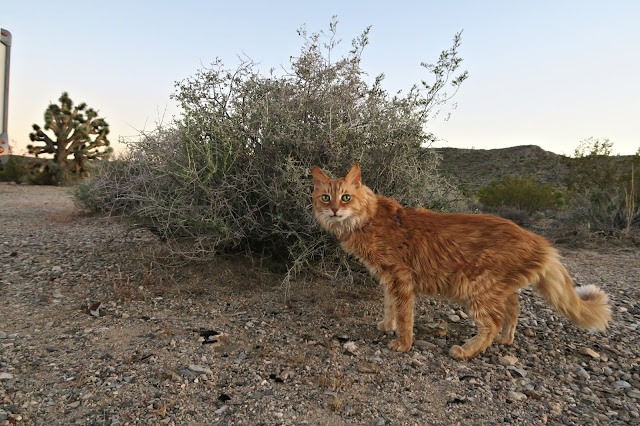