This is about as close as I can get to the border fence and I was only able to find this vantage point after looking at satellite imagery as to where I am. 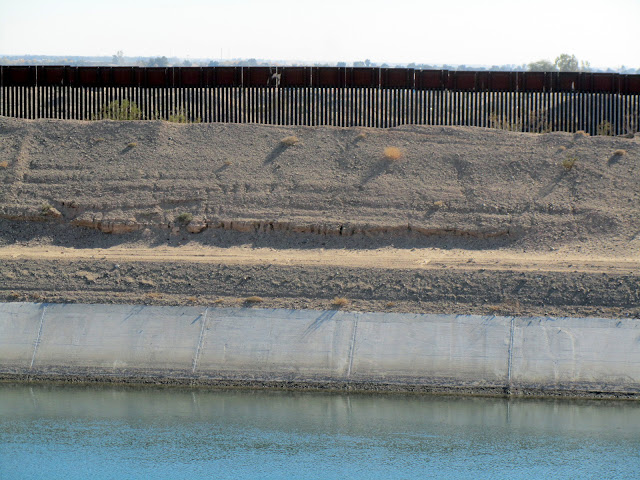 A close-up view.  We cant see the bottom where it goes into the ground.
I imagine that portion to be solid as is the top. 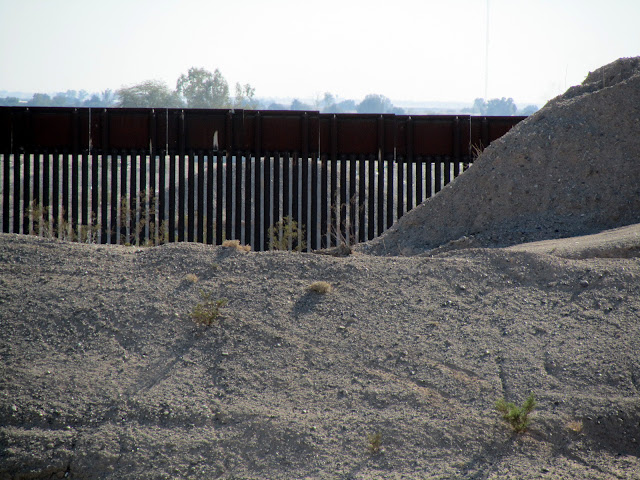 I think the guy in the Border Patrol truck is waving at me when he saw I was taking his picture.  He sat there for the longest time then eventually moved on.  Now that is a job I think I would like.  Driving through the desert, parking and just sitting there. "Man oh man. And they pay me to do this!" 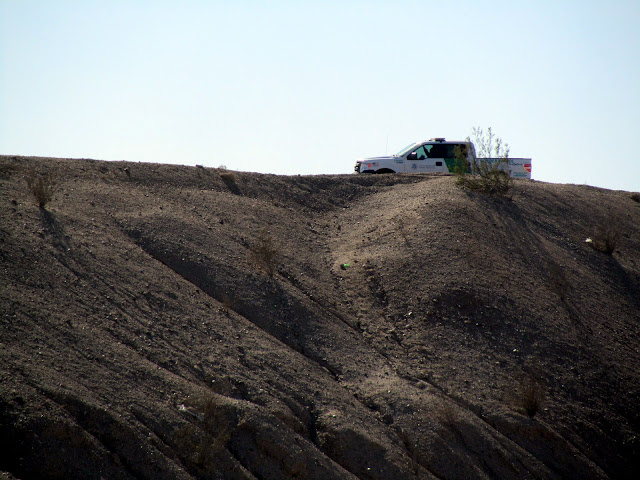 The patrol drags these tires to smooth out the sand
so they can later on see the footprints of those crossing over. 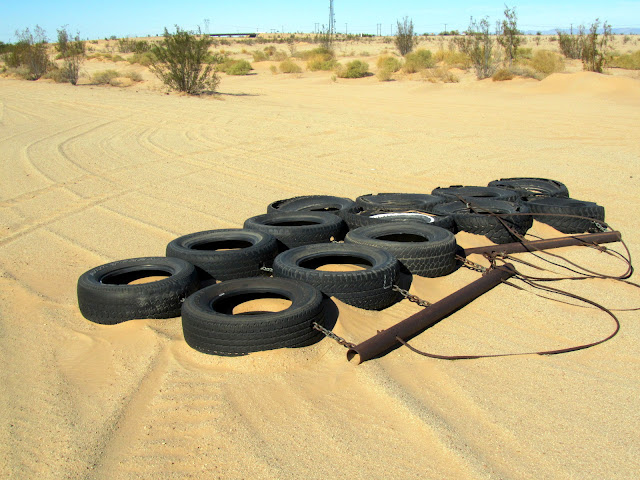 You can't see very well in this photo but the Mexican side looks so much nicer
than the desolation of the land I currently am in on the American side. 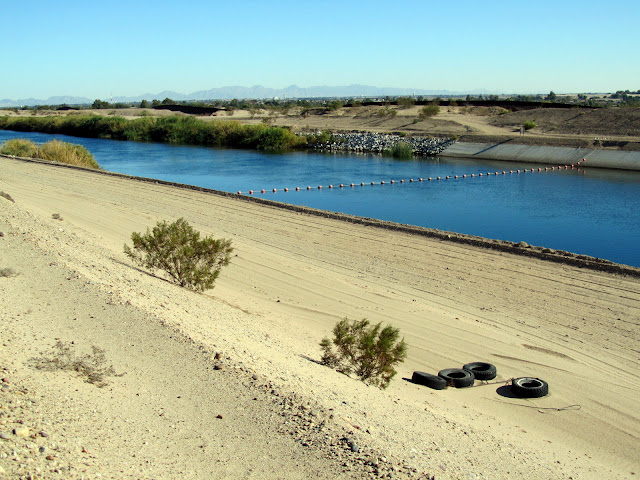 Someone's wheelchair caught fire as they were trying to elude the Border Patrol. 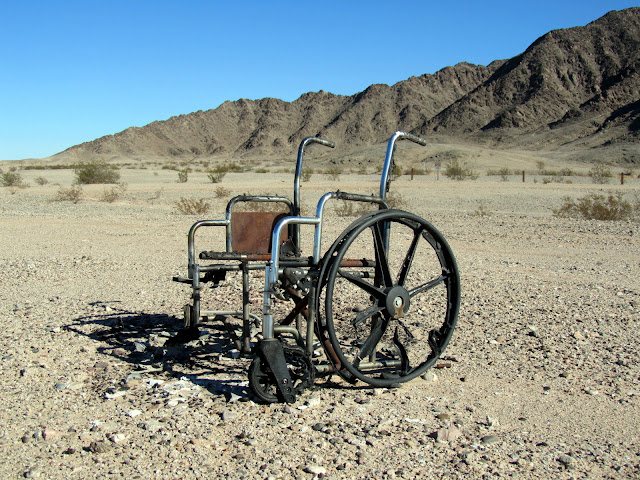