It rained quite a bit during the night.  By morning it was done but the day is overcast.  I thought I would go into town and walk around the vendor's fair.  Most were closed up either due to the weather or just that things are real slow right now.  I was here in November of 2007 and the place was like the circus had come to town.  Not that way now.  In January it might pick up. 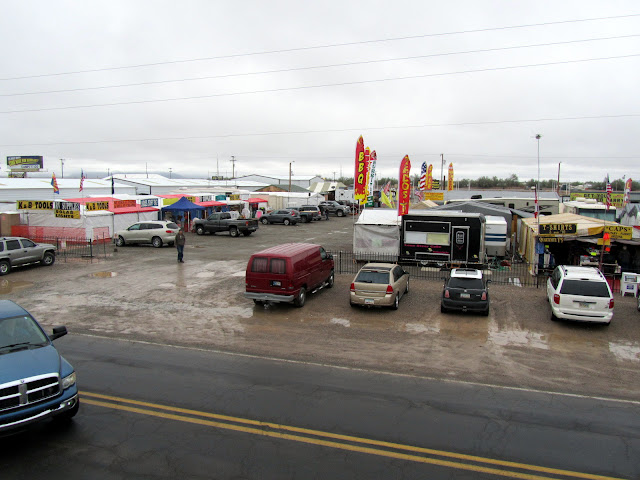 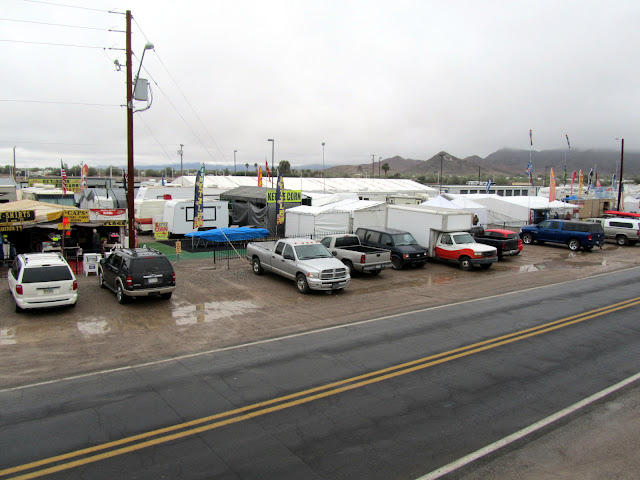 This tent had all the food items you can imagine at bargain prices,
that's if you don't mind some items being past their "Sell by" date.
Boxes of cereal for $2, three for $4.
Canned vegetables for 50 cents.
Packages of Starbucks coffee for $5.
Bread for $1.
I bought three lemon pies for a dollar.  There was no date on them.  Hmm... 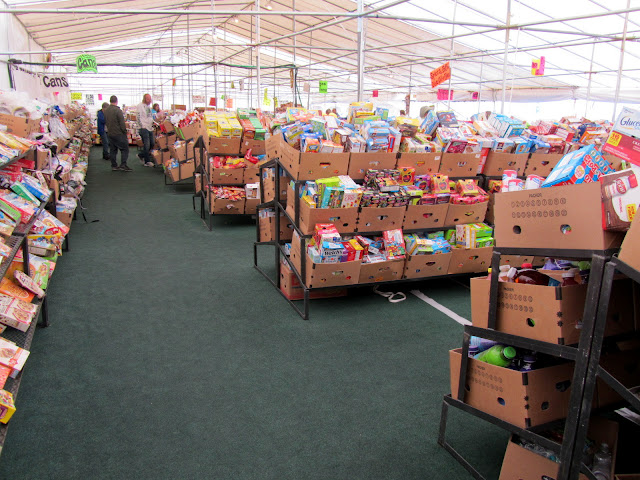 One vendor had a cat on a long leash walking around.  I bent down to pet her.  That was the first cat I have petted since Sinbad died.  The emotions kicked in and my eyes watered up.  I wasn't expecting that.  I had to walk away.  I miss having him with me so much.