Abandoned mine!  These are always fun to find. 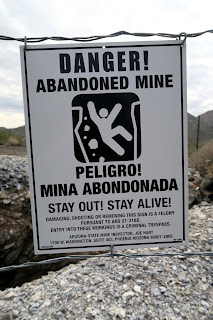 This one was disappointing in that it was only a few feet deep.  I have come across mine shafts large enough a car would fit.  Some have gone straight down and all you can see is darkness.  I've tossed rocks into them and it is a few seconds before you hear the rock hit anything only to keep on going bouncing off the sides.  Very scary. 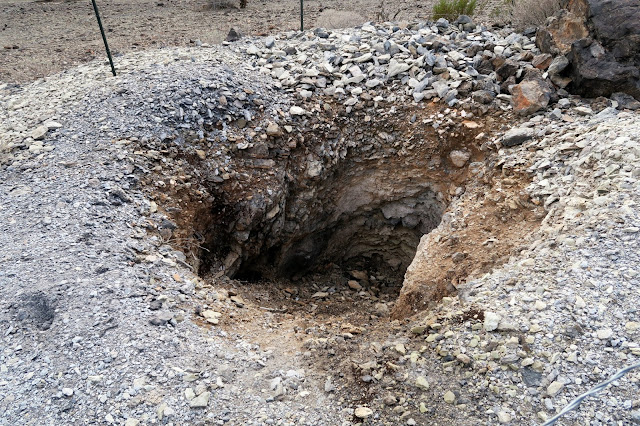 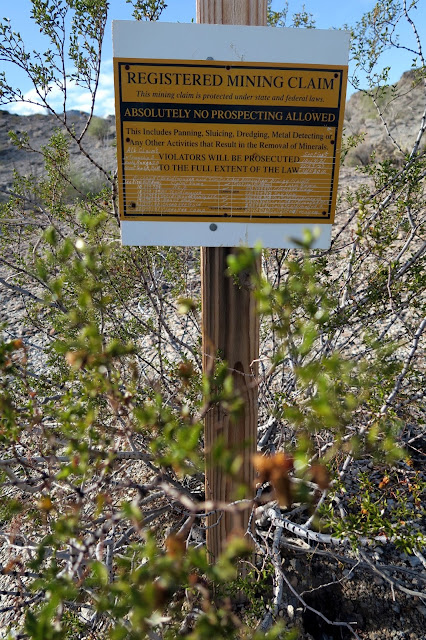 Nearby the claim marker.
Some I have seen is just a stick in the ground or iron pipe.  Even just a stack of rocks. 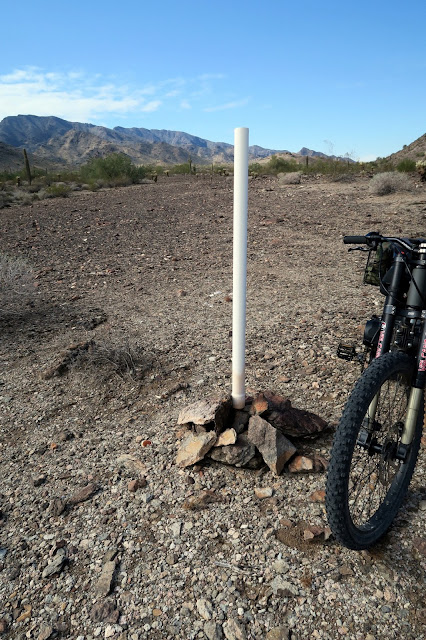 Usually there is a container with a copy of the mining claim.  This one was in a plastic box of chewing tobacco.  Some I have found were in a jar with the screw-on lid nailed to the post.  Also the film containers for 35mm film when they were metal instead of the later snap lid plastic. 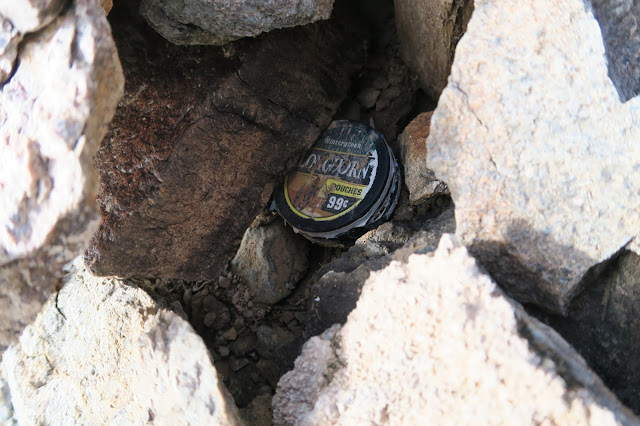 This was the claim inside of this particular mine, dated back in 2-22-2010.  What have they been doing for the past 6 years?  And what on earth would they be digging for here?  Usually gold is found as veins within quartz and there is enough quartz around here to keep everyone digging for a long time.  Colusa,Ca. is in northern California, a long way from here. 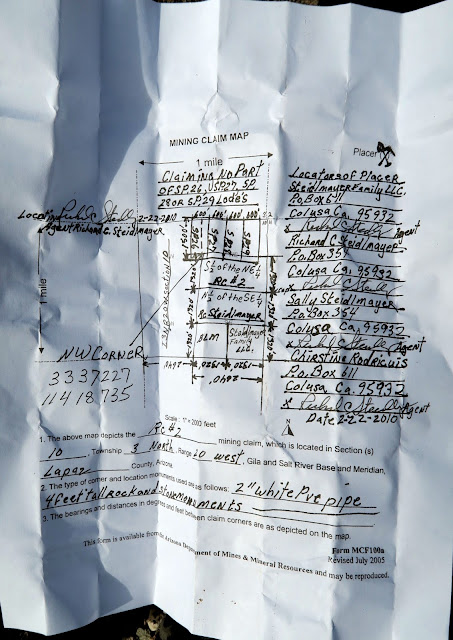 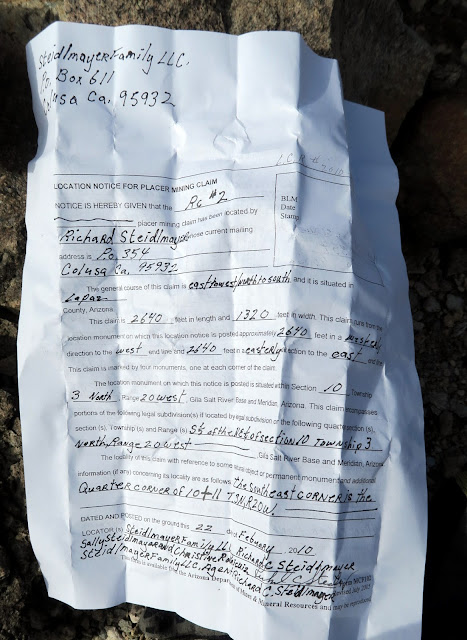 Fascinating! And I shall listen for the rock dropping forever as I drift off to sleep

So hide the desert lot of secrets only to discover by the brave who dare to go there. Nice little reportage.

To claim a mine is very new to me, never heard of this.

I had no idea that people were still laying claims to land like that!