The rough road to a new life.
All of the following is just a small part of the castoffs I discovered on a 2.5 mile loop hike from camp. The terrain is no easy stroll.  I went up the mountain behind me, walked along the ridge line then went through a pass down the other side all through rough sharp edged lava rock.  I say this not to enhance my hike but to say how difficult the land is for the illegal immigrants coming in through nearby Mexico 43 miles to the south. They have over a hundred miles of this to cross before reaching any sizable city.

My first find on top of one of the lower peaks, a lone shoe.
How and why on top of mountain peak? 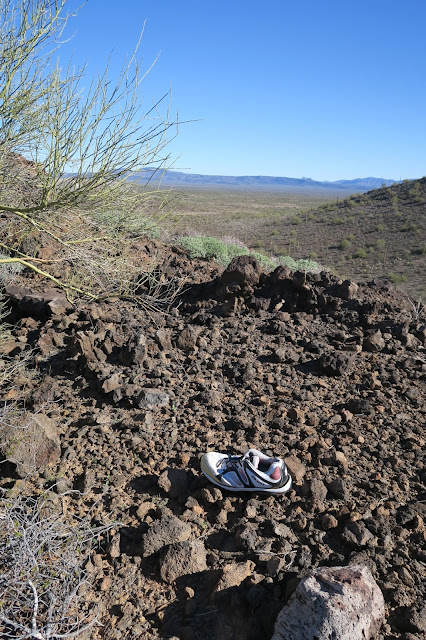 Down in a wash what was once a nice cable-knit sweater. 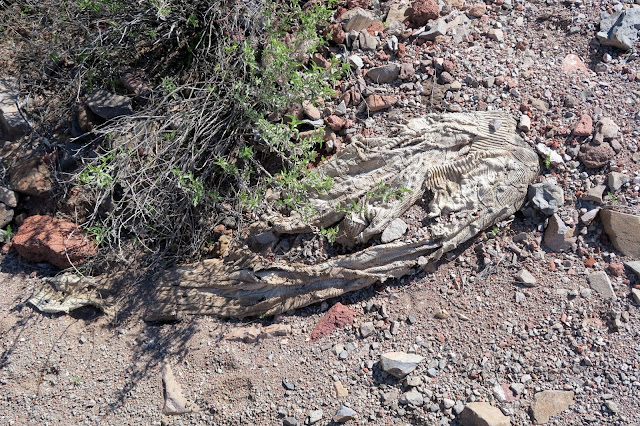 There were over a dozen of these black plastic one gallon jugs, some with rope still tied onto the handle.  I've never seen the black ones before which made me think someone has a good business going just over the border in Mexico selling these containers. 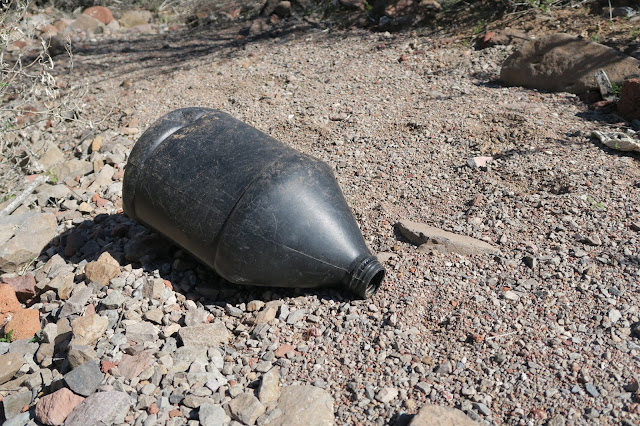 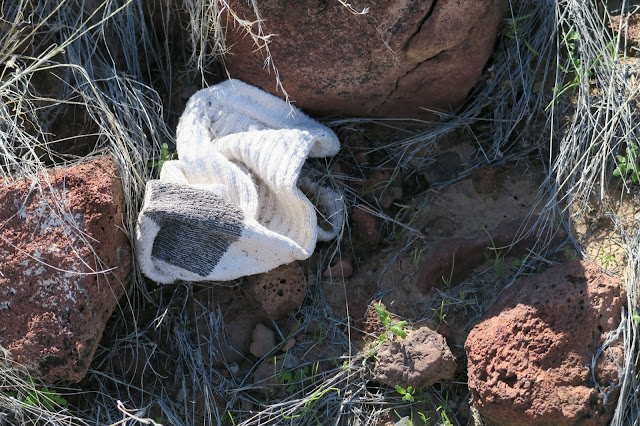 A pair of pants. 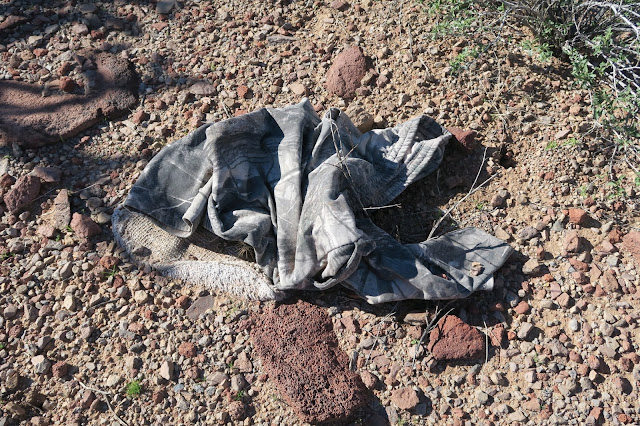 A packet of tuna packed in water.  I found several of these which led me to believe the guy selling those black jugs must be selling everything you need for your journey to America.
Jose's One Stop Illegal Immigration Shopping Mart. 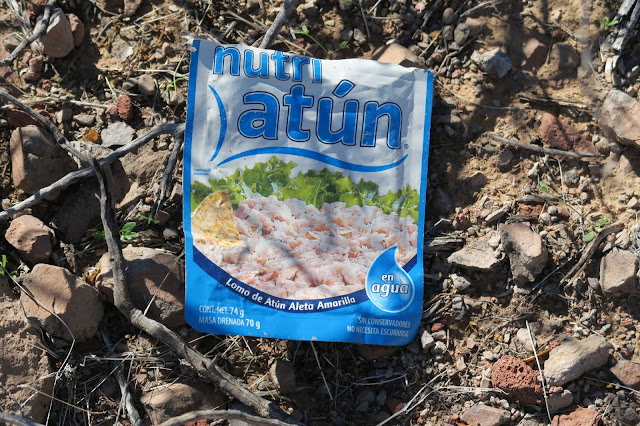 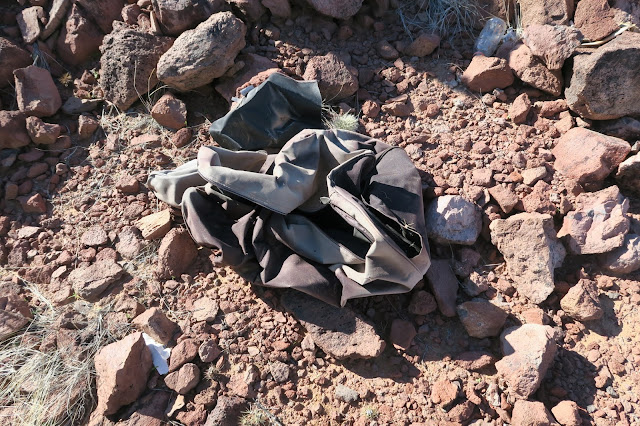 And the duffle bag owner's poop.  I left this alone. 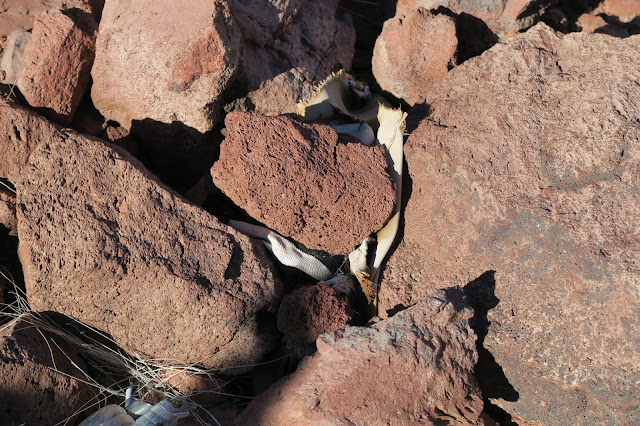 On my way back in the distance I spotted what looked to be quite a bit of abandoned goods.  It was over some really rough terrain to get there, not in anyway the most easiest of route these people could have chosen.  Why did they go the most difficult way?  With the shoes, food packets, cans and other gear left behind it made me think that perhaps this is where the Border Patrol caught up to them.  So I wondered when the Border Patrol catches a group of illegals and hauls them away, do they clean up their belongings and trash or just leave it? 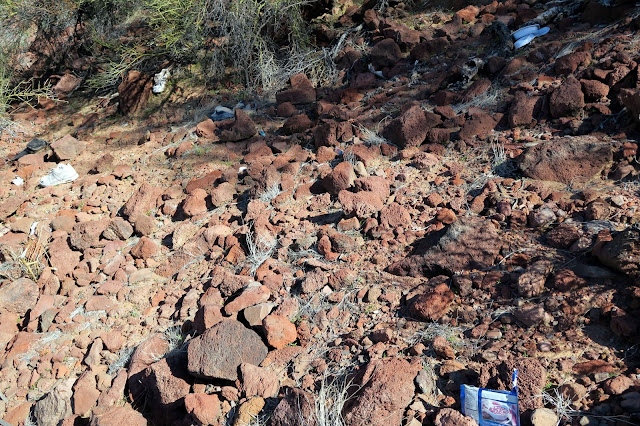 Or maybe they had to leave in a hurry and make a run for it for one of them dropped his nail clippers. 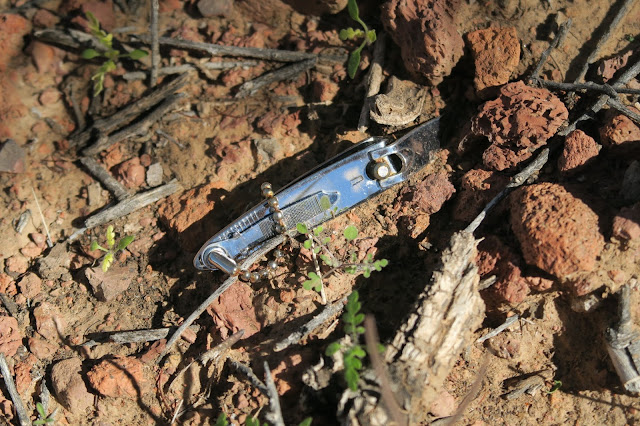 Silent witnesses of human tragedies that take place here and it will only becoming worse in the future.

It all looks a bit desperate to see all those anandoned belongings.

Life finds a way, but such a hard path to follow. Harsh realities that many don't appreciate. Thanks for sharing, John.

Sad that there are so many poorly run countries that their own people go through hell to escape towards hope.