I was riding along and came upon this.  I stopped to see what it was about. 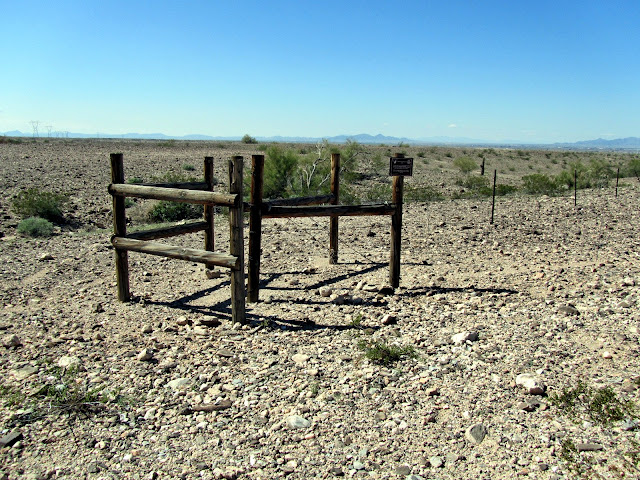 Oh, this will be interesting.  I parked the bike and walked on in. 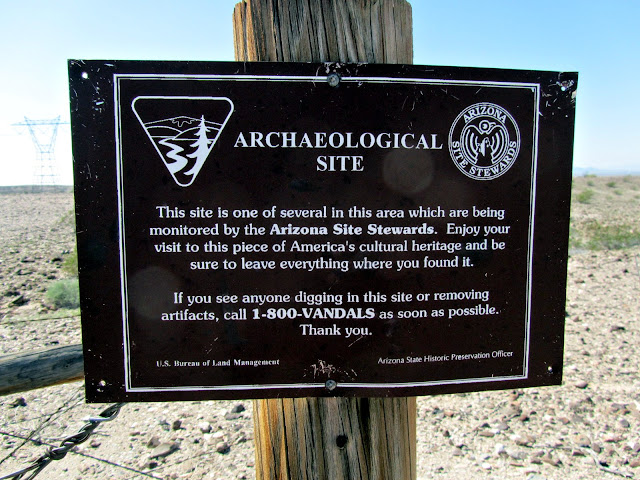 Midway through, the top of my head itched so I took off my helmet to scratch it while I continued walking.  I went to put my helmet back on and realized the key to my bike was no longer in my hand. I had dropped it!  Panic set in.  Stupid, stupid, stupid!  Here I am miles away from camp and I have lost the key to the bike.  I back-tracked to where I thought I began to unbuckle my helmet, eyes glued to the ground all the way...nothing.  I was just about to turn around and start all over thinking maybe seeing it from a different angle would help and there it was!  I caught the bright sun reflecting off the metal clip that SHOULD HAVE BEEN CLIPPED TO MY BELT LOOP!  The only thing that really saved me was that I was walking that worn in path you see in the photo.  Had I been meandering around among all those rocks I would have never found it.  Seriously, I need 24 hour supervision. 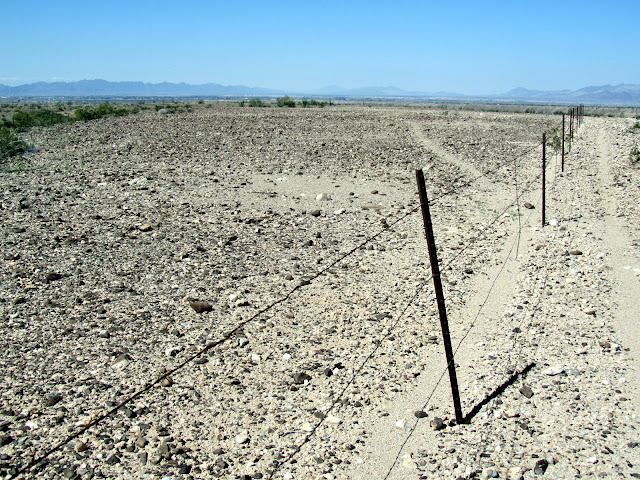 And guess what?  There was nothing to see.  No remains of dwellings, no pottery shards, not a single sign of anything of archaeological importance.
The bike came with two keys and I never knew what to do with the second key so it has been stashed away inside the RV.  I know NOW what to do with that spare key!
It's going to be stashed on the bike for when stupidity strikes me again.

I came across your blog by accident somehow, and wow, you are really living the life of a nomad. I read on and on until I got to the loss of your beautiful Sinbad.... I know how much you miss him. I have lost kitties too. Enjoy your life, and enjoy your travels, and stay safe!

What a scary few moments when you couldn't find your bike lock key. At my age I sympathize with losing an important item and try to be extra vigilant.

Oh man, that was shocking to be in the middle of nowhere with a locked bike!