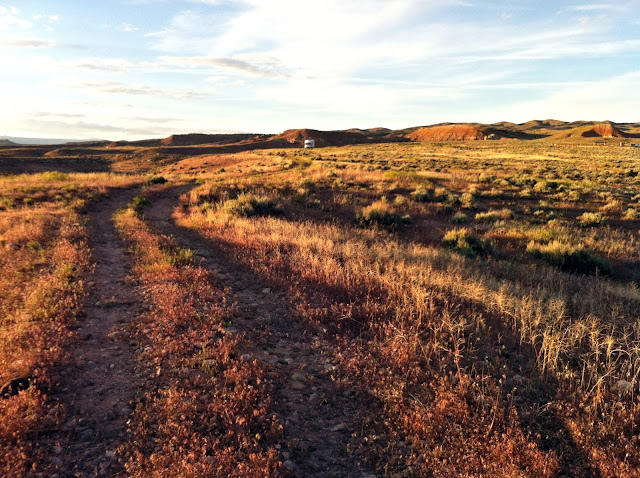 I took Beans out for her evening walk.  I let her pick the route and this time we followed along in a nearby dry wash. After a bit she spotted something and dove into a small sagebrush circling about it. She eventually backed out and continued on down the wash. I leaned in to take a closer look into the bush as if to see what she was after.  I was unaware she had caught her prey - a lizard, and was proudly carrying it with her on our walk.

The lizard squirmed free and then I saw it.  As I was fumbling about getting my camera out the lizard's tail broke free from her grasp and wiggled about like a worm distracting Bean's attention while the lizard scooted away under my foot. 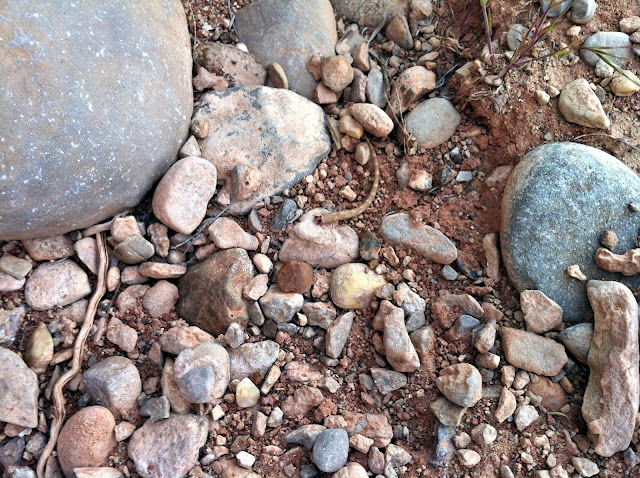 The lizard's defense mechanism worked to perfection allowing it to escape while the sacrificed tail did what it was supposed to.  Poor beans looked all around knowing there was more to her catch than what she had in front of her and was totally baffled. 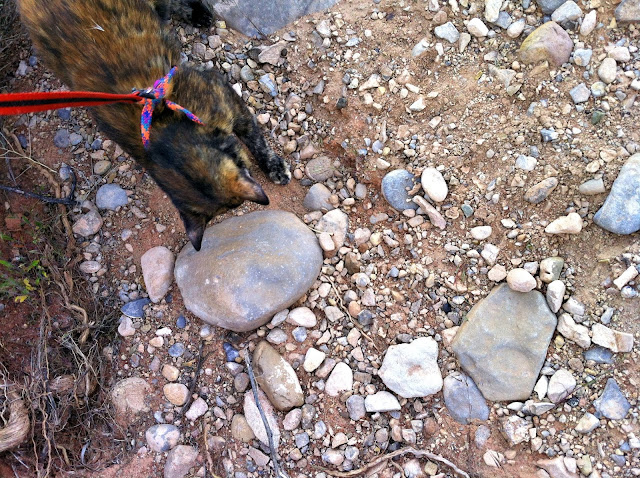 Oh dear that was a clever act of the lizard!

HaHaHa....I've seen this with my own kittens. Thanks for bringing back that similar memory of total chaos in my living room several years ago. I had to pick up that wiggling tail....more than a bit creepy, I must say :) I read your post to my husband, and we just sat here cracking up all over again. Good times.

The fact that lizards can do this is amazing. Nature has it's ways.

I've heard that, but never saw it actually happening.