The Trail of Unlucky Rabbits.

I like to follow along fence lines for I most always find something interesting.  Birds of prey will use the larger anchoring posts to perch on while eating whatever they have caught.
Usually I find the bones of rodents left behind. 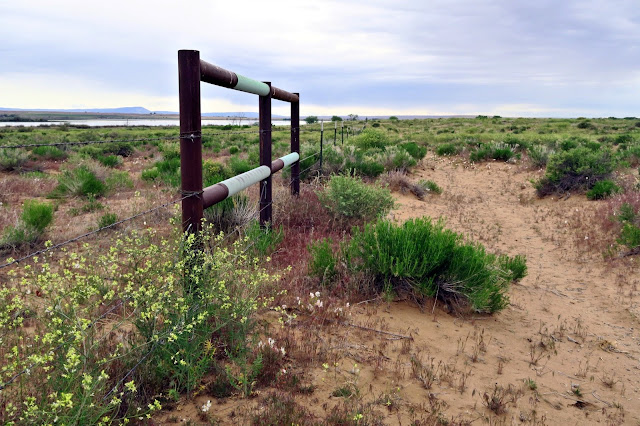 This time though I found a rabbit's foot which appears his luck had run out. 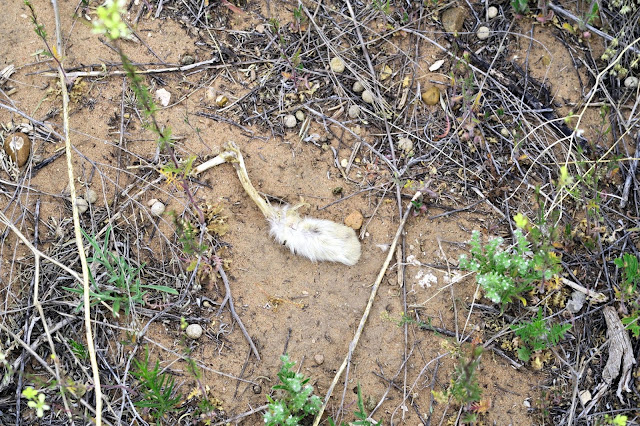 Further on another foot, possibly the same rabbit if the bird had moved on down the line
or an altogether different kill. 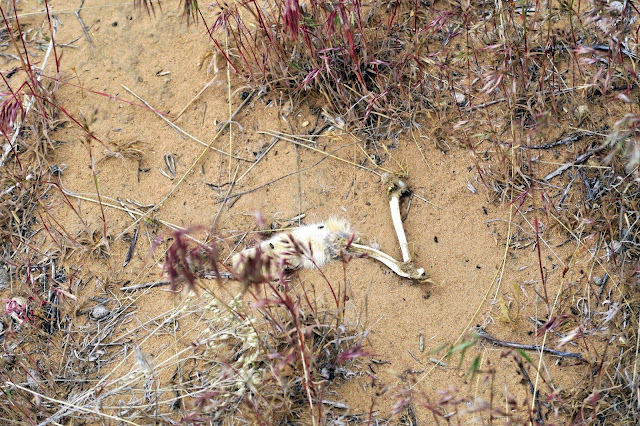 Ah but this one here left no doubt in my mind.
You can see the larger anchoring post in the background. 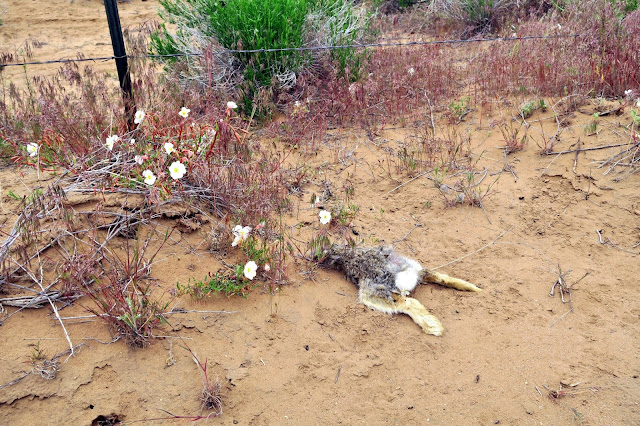 The meat was still fresh so I suspect this rabbit hopped his last the day before,
only he didn't quite hop quite fast enough. 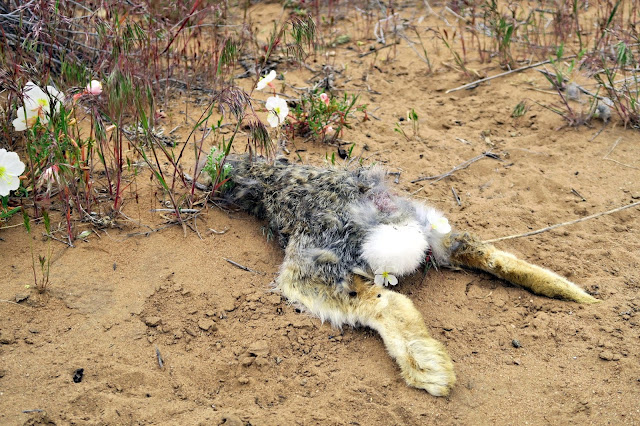 Unfortunately my camera did not focus on the fur but I decided to included this photo anyway as I've never run across this before.  The fur had long bristles attached which looked like those of a deer or pronghorn antelope which I saw one of during this hike.  I just cannot imagine the animal getting hung up on this barbed wire trying to get under it and ripping off a strip of hide like that.
That had to really hurt something fierce. 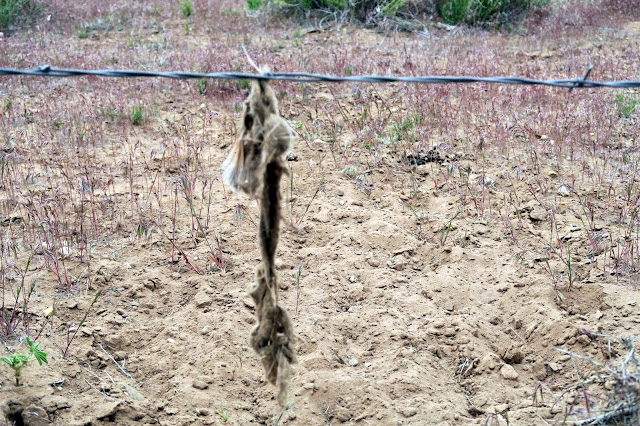 I'd think an antelope could jump over wire three plus feet high.
It wasn't a coyote for the coyote could squeeze under that low wire easily.  If he did get hung up they are smart enough the back up.  Now if he was on the run after something or for his life and hit that barb running full-on out, then that is a possibility.  Strange. 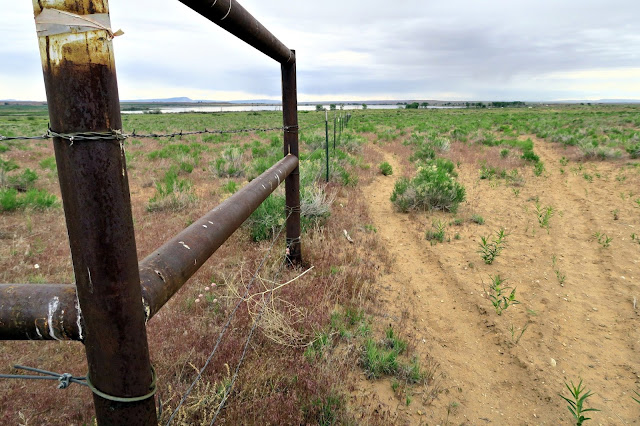 Indeed a lot of interesting finds.

It's a wild life out there in the desert.