We were leaving our camp as our three day limit had expired, there was this...
I don't know what to call it but it is imaginative. 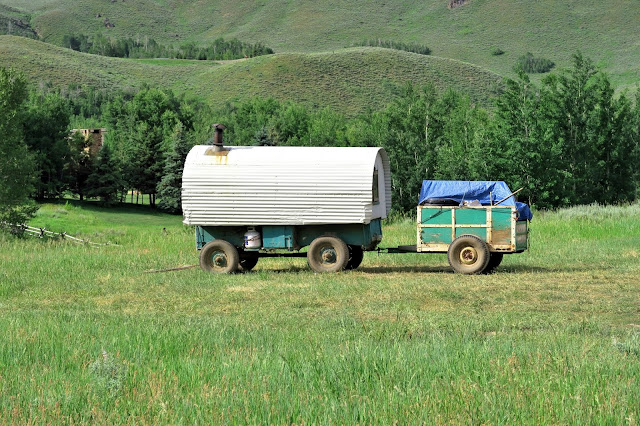 I'd like to know what pulls the two trailers but they were away at the time.  I assume the door into the wagon is in front.  The wood burning stove is neat.  I bet it heats up the inside in no time at all,
plus you could cook on it too. 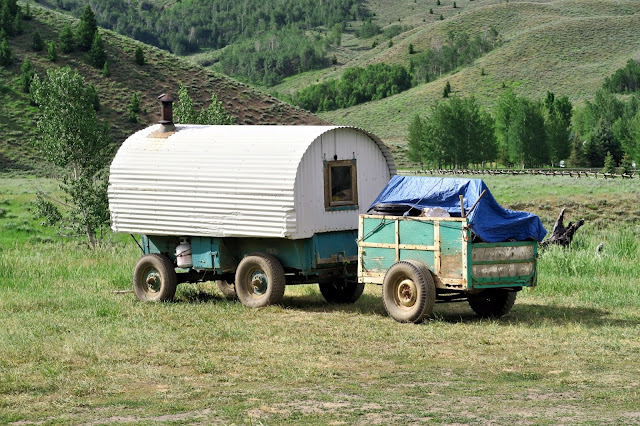 It wasn't far to our next camp location just outside of Sun Valley, a popular winter ski area.
It was here that Ernest Hemingway had a home and here he died on July 2, 1961. 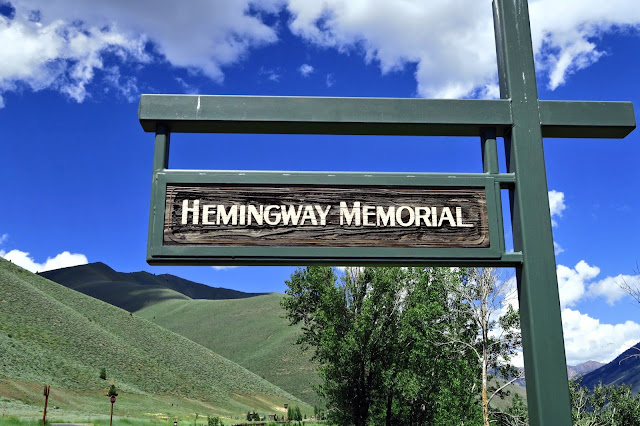 The water in the foreground was very gray for some reason and stepping down from out in the sunlight into this shady area, wearing sunglasses, my eyes didn't adjust that quickly for the changing light conditions and I thought the water was cement.  I darn near stepped off into the water.
That would have got my attention. 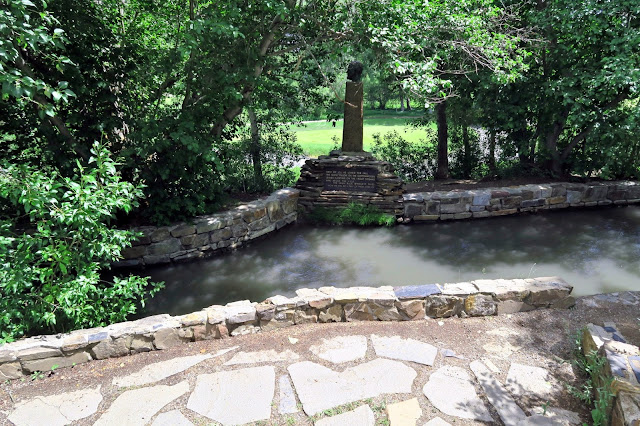 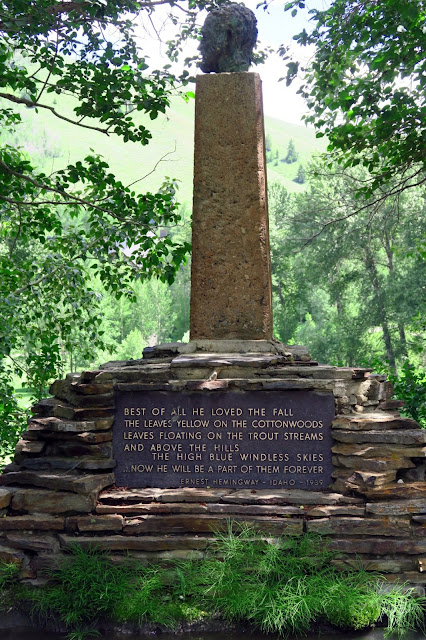 It bothered me that the artist didn't smooth out the facial features on the bust. 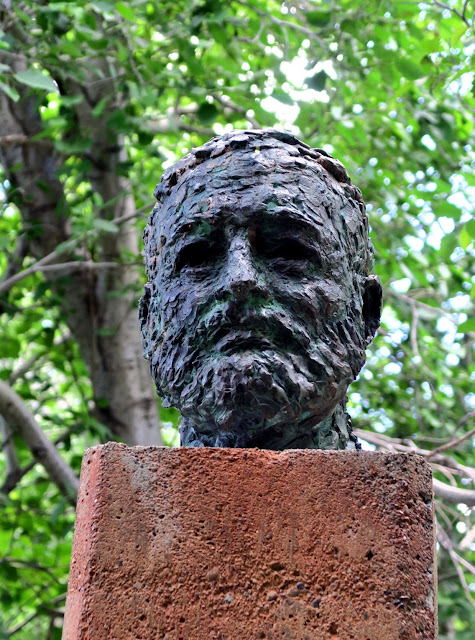 In town at the Visitor Center/Starbucks, both in what had to be the largest Starbucks I have ever been in although I haven't been in all that many and the Visitor Center amounted to a rack of brochures with a lady sitting at a table drinking a...well you guess, I learned that the local library had some Hemingway artifacts including his typewriter.  Cool, I'd like to see his typewriter.

At the library all they had were some photographs and a small bookshelf of books by various authors about Ernie you could check out.  The nice librarian said the typewriter was over at their museum a few bocks away and "it closes in 6 minutes".  He gave me a map and I decided to save the museum for another day.   Later I got to looking at the map and saw there was a $5 admission fee for the museum.   Five dollars to look at a typewriter hmmm...  I Googled Ernest Hemingway's typewriter. Well there seems to be several of them scattered around the country.  I didn't go to the museum.

I read a book about his rather turbulent life with many affairs. He must have had many typewriters in all the houses he lived in. :)

I guess that one typewriter looks much like another. I'm glad you didn't get your feet wet.

I think you should of got your feet wet. But $5 to see a typewriter was good call. Maybe you can see one of his other typewriters in a few years on your travels. Are you driving daily?

I seem to recall seeing one at the Oak Park, Illinois museum. Maybe writers having multiple typewriters is like photographers having many cameras.

The two wagons belong to sheep-herders...Watch out for their dogs.....
This is three years later, you may not read old comments, what the heck I say...