My camp neighbor has been plagued with mice in her RV for weeks onto months.  All through New Mexico, Utah, Idaho she's been dealing with mice.  The worst part is their little scurrying about and scratching away within the walls is waking her at night and she hasn't had a good nights sleep in a long time.   Even though she has caught some they are still there.  I suggested we make a day of it and take everything out from her RV and see where they are coming in at.  She agreed so off we went to Ace Hardware where she loaded up on various means of mouse death and some hole plugging material.  That night she set out all the trapping devices.   The next morning there were five less mice. This was good for I didn't want any unexpected surprises while tearing her RV apart. 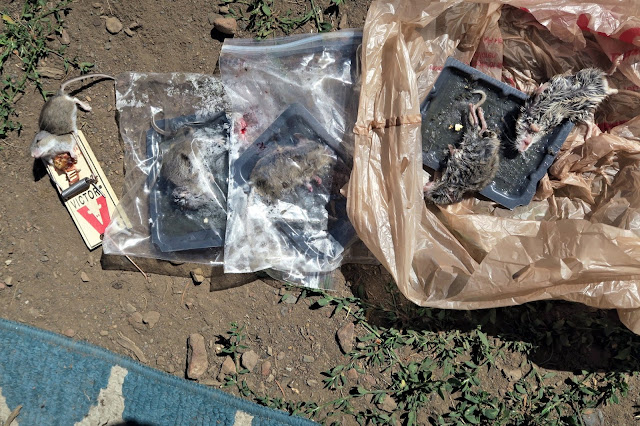 Once into it we agreed they were not getting into her closets and had no way of doing so.
This was good as we didn't have to clear that out and lay her clothing outside which made the job somewhat easier. 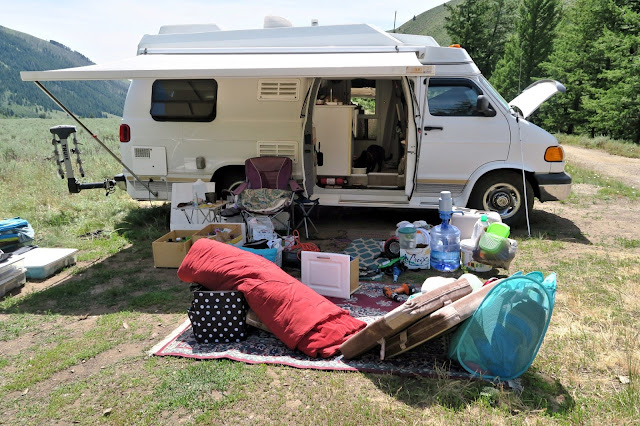 Under the bed the makers of the RV had enclosed around the rear wheel wells.  Empty unused wasted space with heater duct work and it was here we found the nest.   I was so happy to have found it I forgot to take a picture of before it got cleaned out.  She sent me a screenshot from her video. 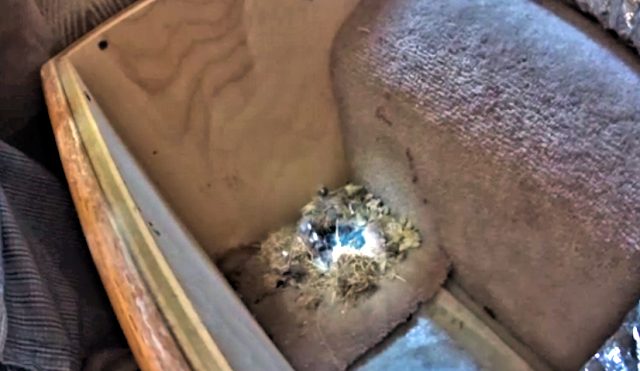 No mice were seen though thank goodness.
I wouldn't want her to see an old man squeal like a little girl. 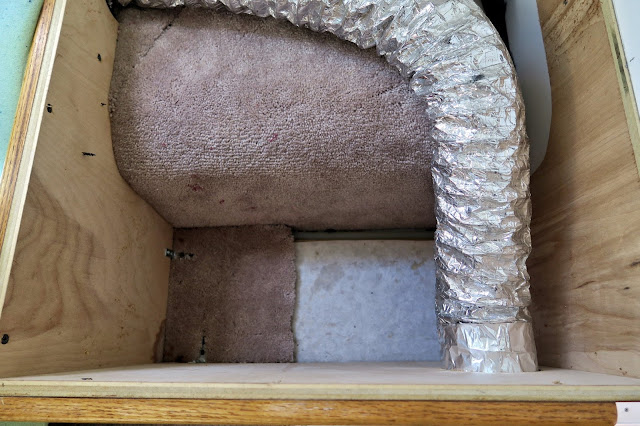 Now it was time to plug off all mouse highways and entry points. You can see steel wool stuffed in the voids then I went over that with that with spray foam insulation sealant. 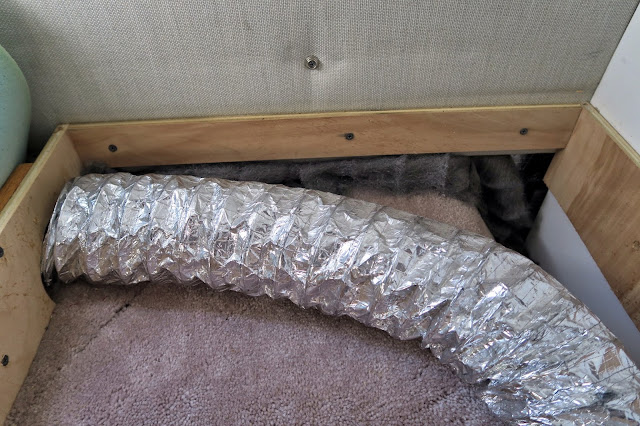 The only real place I could find that was exposed to the outside was the sink drain so steel wool went around that added with sealant.  There were other avenues of travel within the RV (see along sides) which got plugged off and sealed.  I didn't get any pictures of the sealant in place for I got that stuff onto my arm where it dried hard and... I'll not get into that here. 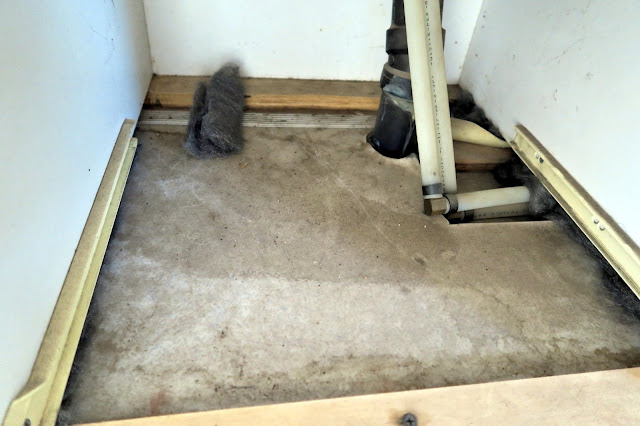 We put everything back together, and loaded up her gear which gave her the opportunity to sort and get rid of some.  When done it had been a long day and we wished we could have had a pizza delivered.  She felt she had two more mice left to eliminate and that night she got one more. 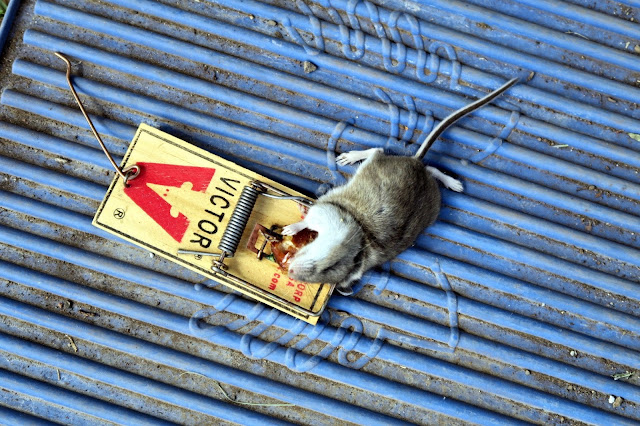 The next night I gave up trying to sleep for Beans was playing with her toys.  I got up at 3am to go pee and straightened out the rug leading into the bathroom that she likes to mess around with.  I came out and she wouldn't quit messing with the rug.  "Beans, stop it."  I turned on the light and noticed a lump under the rug, pulled it back and there was a dead mouse.  Huh!
I put the mouse outside and went back to bed.  I laid there thinking the last mouse must have vacated her RV and came over to mine. 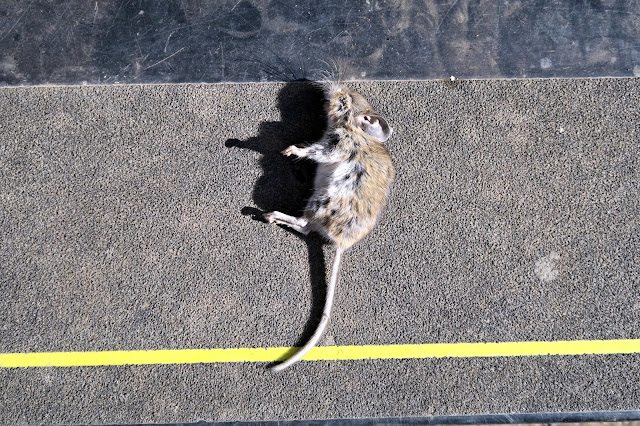 In the morning my neighbor came out and proudly announced she got number seven. 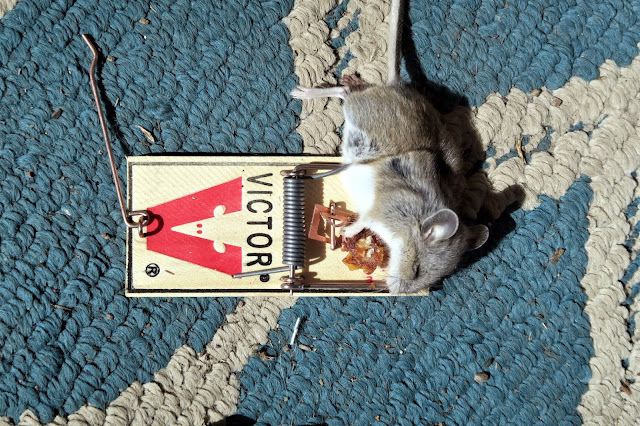 Well there went my theory.
She was really surprised to hear about our mouse.
Beans' mouse is on top and hers beneath it. 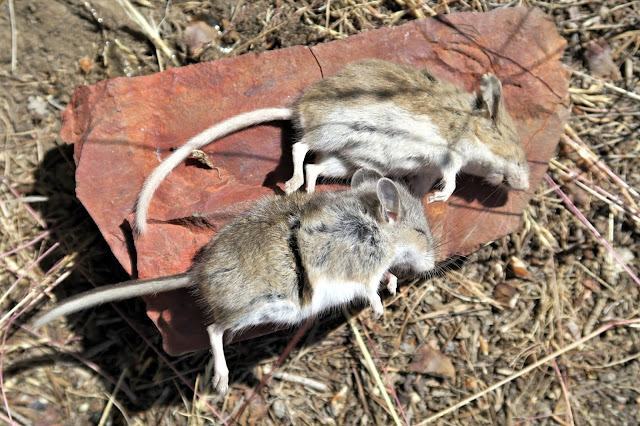 If you think I should tell her to get a cat, she already has one.  He is really a nice easy going guy, very soft and silky like Sinbad.  When I see him walk and move around he reminds me so much of Sinbad for he is almost as old as Sinbad was and he too is on that special food diet dealing with the same health issues.  I couldn't imagine Sinbad trying to catch a mouse at that age either. 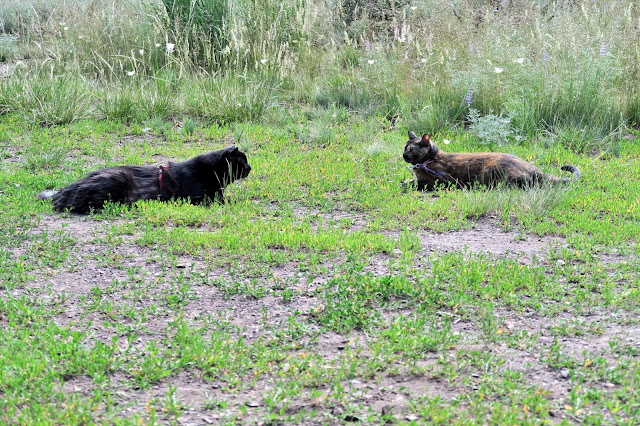 And no, they are not the best of friends.  There is an uneasy relationship there.

An interesting way to spend American Independence Day! It looks like a kitty stand-off in the last picture.

Aren't you the good samaritan! Mice in the walls ar night are a little annoying!

Yuck! I've had mouse problems in my past. They aren't pretty, especially when crawling up your leg while on the road with family, reaching my shoulder! Of course I went ballistic! This woman must be a real gem to deal with this many mice in her MH. Nice you have a companion to chat with. Beans is incredible, where there is one there may be more! How did this mouse get in your MH! Some live toy there. Step out of bed and squish! I just couldn't bare it, I'd rather crunch a potato bug any day!