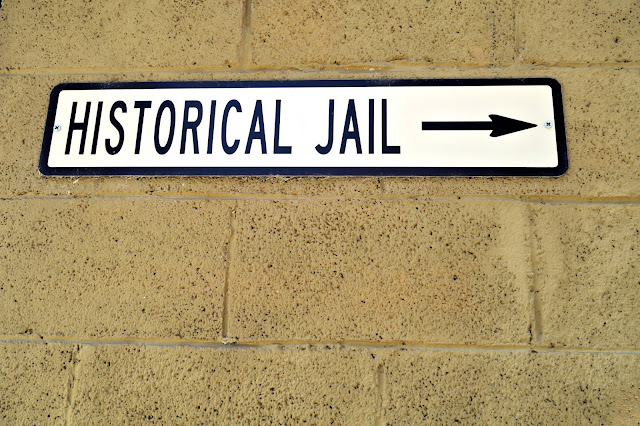 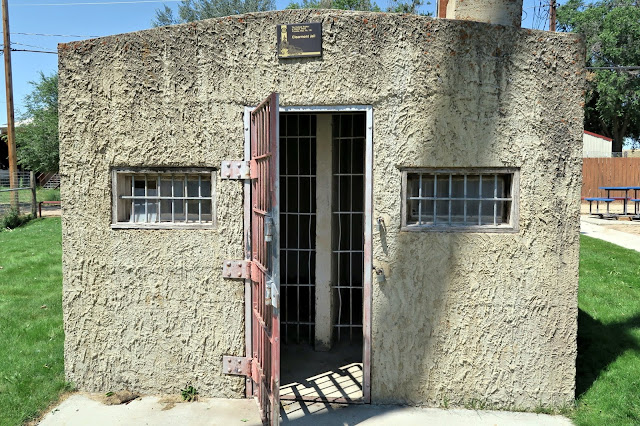 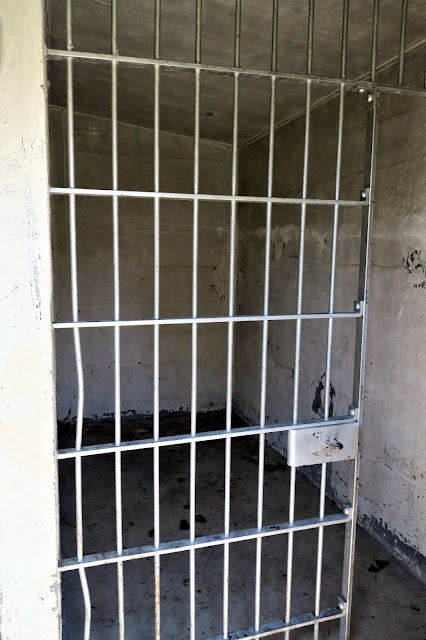 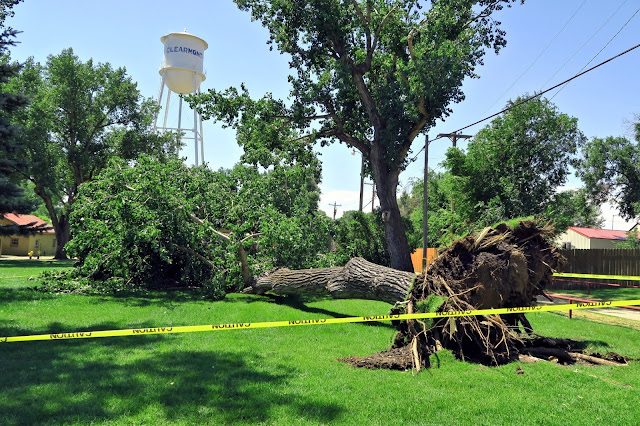 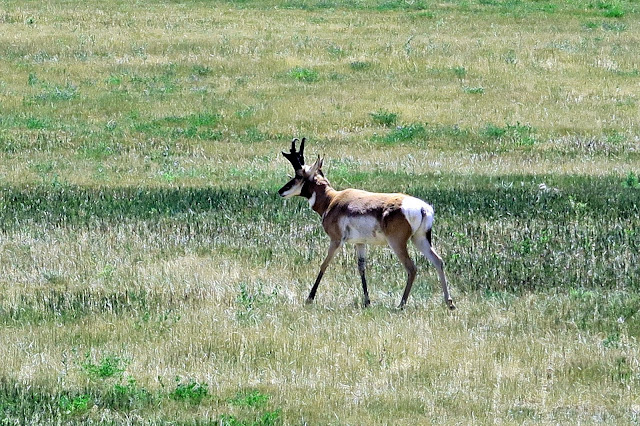 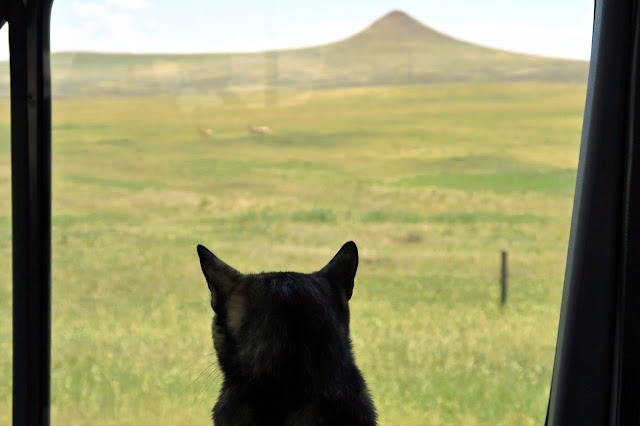 Historical just means "from the past" and in this case that means built as long ago as 1922! If someone famous had been incarcerated then it would be "historic" rather than "historical". Googling reveals that nobody famous was ever detained here, just some small-time bootleggers. So here we have a rare instance of the sign being grammatically as well as factually correct. A historic event in itself!

Beans sees a lot of strange animals that my cat never has seen.

What a dreary jail. I guess that was the point!

Good thing that there wasn't a sudden Clearmont crime wave, they's never be able to fit all the criminals in the jail at once.

Nice to see the Pronghorns!