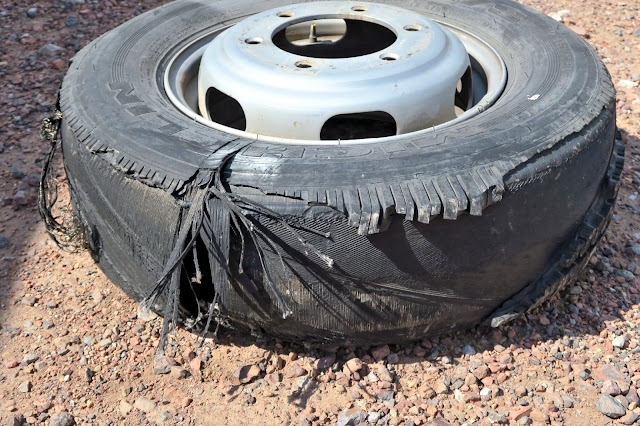 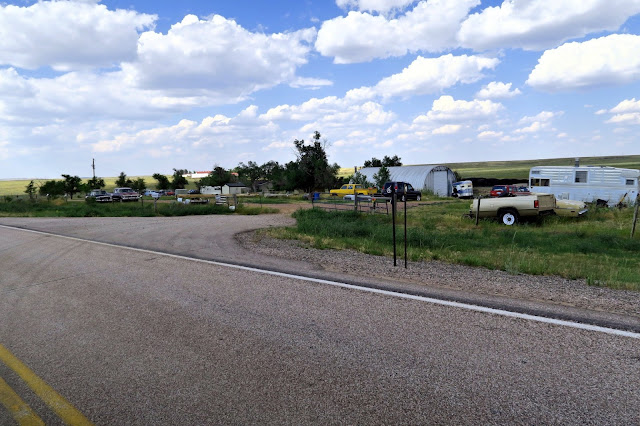 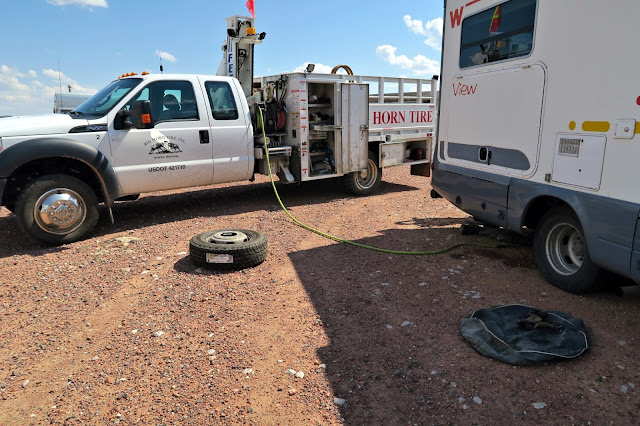 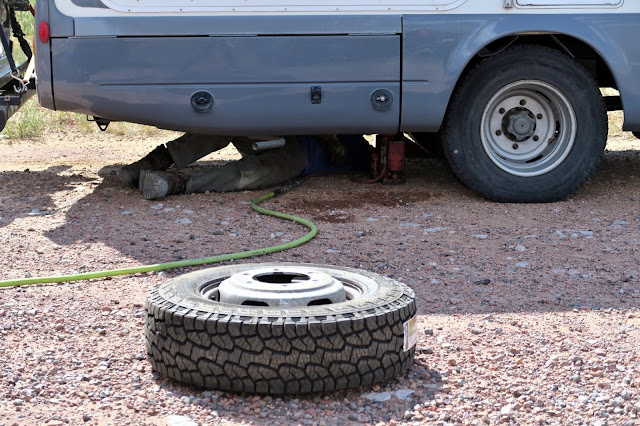 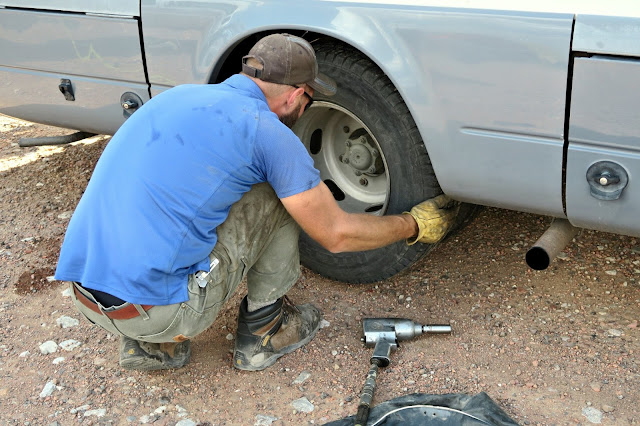 Gosh, that tire really exploded with a bang. As you said, the damage could be a lot worse. And this is the cost of living the high life on the road!

Sure glad it all worked out well for you guys. That really was good that it happened as it did....thank goodness for duolies (sp?) :) Here's to Happier Trails to follow....

Somehow , I missed this post. It's not fun when a series of mishaps occur. You've purred along for a long time without a problem.

this is the cost of living the high life on the road!