We hadn't even set up camp yet at Belle Fourche before a fishing pole was found.
It appeared to had got hung up in the bushes when the water was much higher and fell overboard from a boat.  I've had that happen to me once long ago when we had a boat. 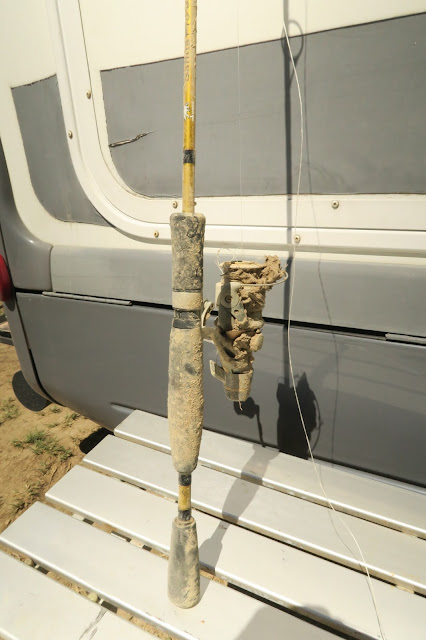 After I took it down to the lake and washed off most of the mud. 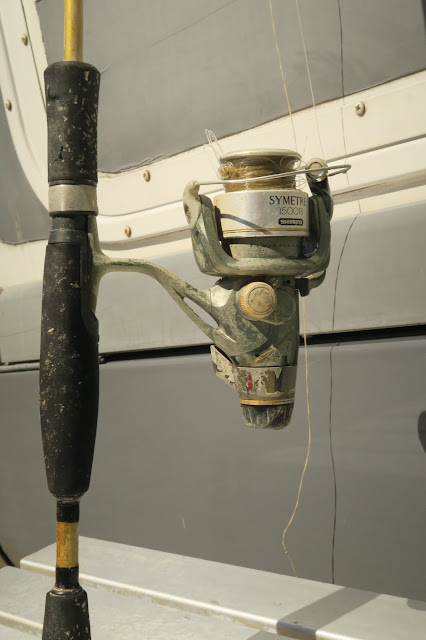 Me after washing off the fishing pole in the lake. 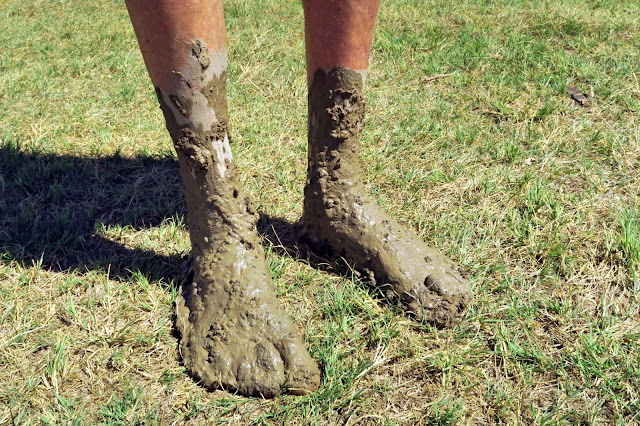 And that my friends is why swimming in the lake
isn't much of an option at least where we are camped.

After disassembly, cleaning, lubricating and polishing it looks much better
and is operational once again.  A fun project while at camp. 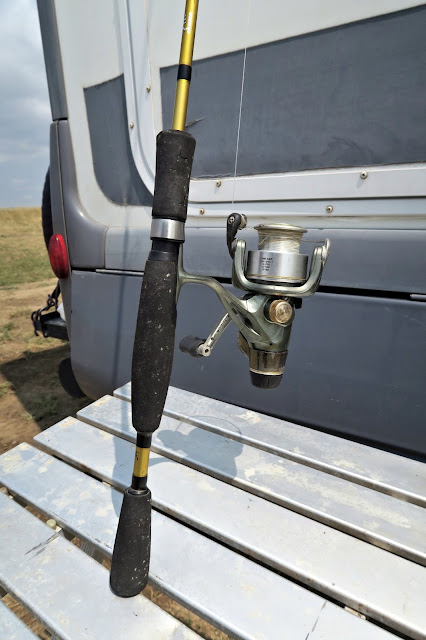 Unfortunately after I got it all back in working order the spool would not go up and down when winding in the line.  I took the reel apart again and discovered why - a gear was stripped.
So now I suspect the previous owner wrecked the reel, got upset and threw it overboard.
People are like that. 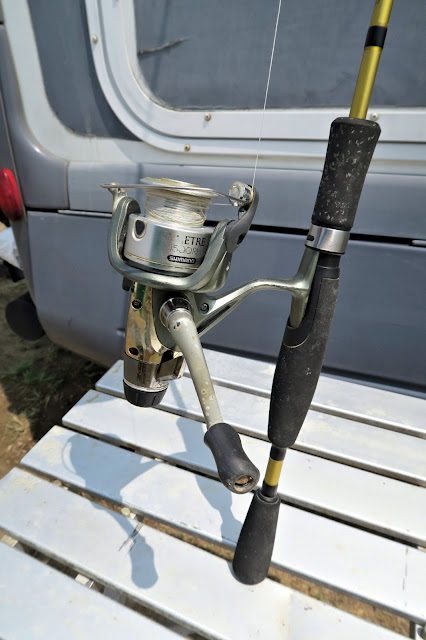 But hey, I got a nice fishing pole anyway.

I'm told that mud is very good for the complexion. You should have some very young-looking feet by now.

Yes some people pay a lot to get that mud on their body. Luck with your fishing pole.

You should have some very young-looking feet by now.

Perhaps your next post will be of the enormous fish you will be catching?

I'm sure you can get a gear to fix the real and get it working properly again. Good on you jumping in a muddy lake like that

Hope you catch many fishM

Impressive before and after photos. You're a man of many talents.