I missed these after viewing the dinosaur tracks and was glad to see them on the way back down from the Long Bow Arch hike.
I think I wasn't looking for green splotches of paint all that much on the return trip. 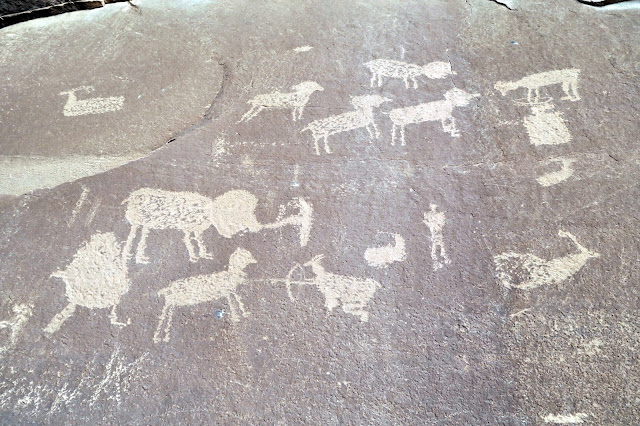 These were nice in the fact that they were right there at eye level
unlike the others that were high up on that wall face. 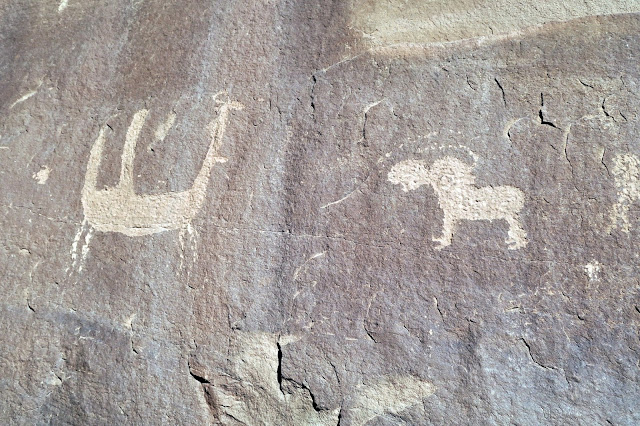 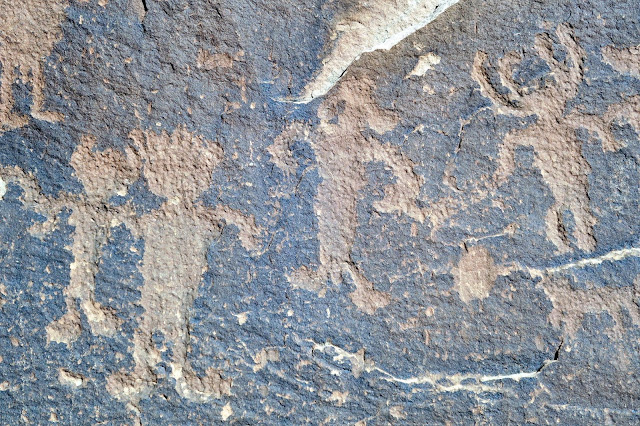 As I stood there the thought occurred to me that wherever I go and see Indian petroglyphs they all look alike.  It is as if the etchings in the rock were done by the same person.  There is little or no difference in artistic style from one place to another many hundreds or thousands of miles away.  You put a dozen people in a room and tell them to draw a picture of a deer you'll get 12 different renditions of a four legged animal vaguely looking like a deer.  No deer drawing will look all that similar to any of the rest.  You'll know without a doubt different people drew each drawing.
I'm just saying. 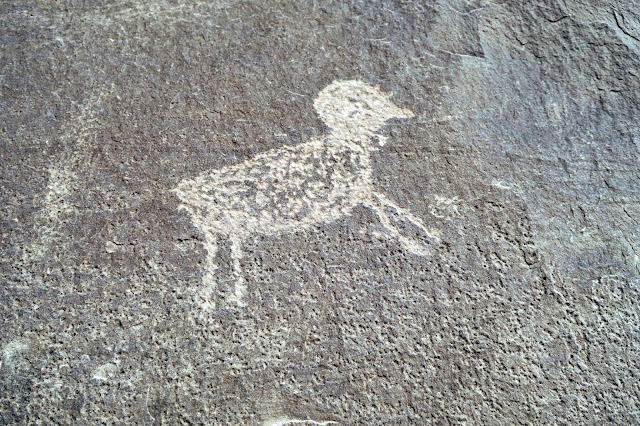 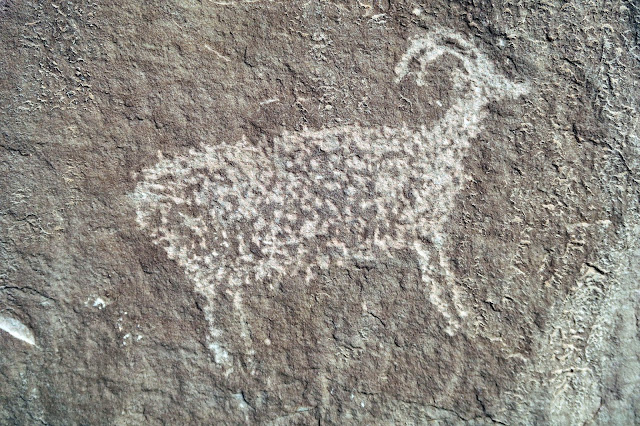 These two pieces here left me with some doubt.  A foot with six toes?  The animal with stubby legs while the all others have long ones?  I think someone did this recently to mess with us.  In fact there were some graffiti mixed among these which I made an effort to leave out while taking the pictures. Frank somebody and another, a woman's name with a date back in 1977. 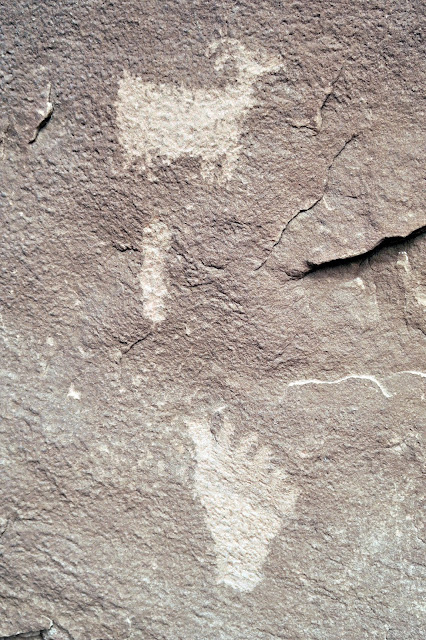 They look very well preserved for open air images, I understand you doubts. Nothing is what it is nowadays...

Could these be 'alternative' drawings?

I've often wondered if the petroglyphs weren't made by kids who were getting underfoot. I can just hear Ancient Mother saying, "Rock-Kid, take your brother and sister and go draw on the rocks so I can get my cave work done without tripping over y'all all the time!"