This couple, around my age, were from South Africa.
They parked next to me for the evening in a Walmart parking lot at Rock Springs, Wyoming. 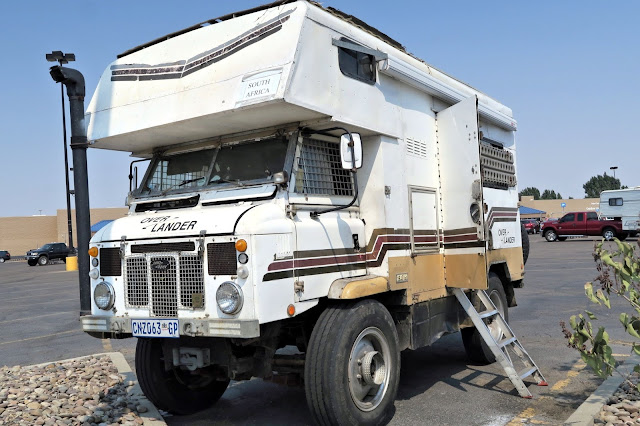 Having owned Land Rovers myself for 21 years I was naturally interested
in this model which was different from my two. 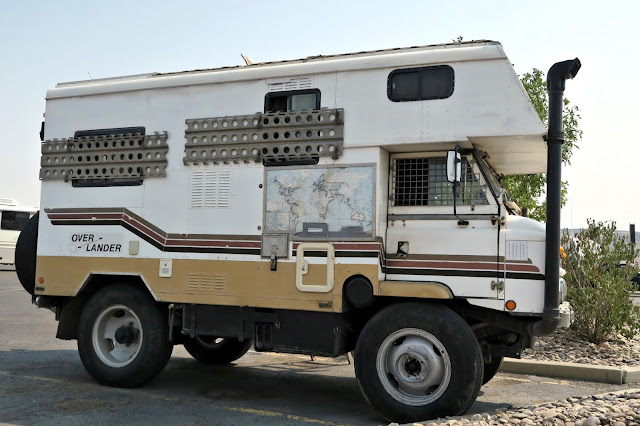 One of the reasons I sold my Rover was that it was a beast to drive and I eventually reached that stage in my life that I was wiped out after a day's drive.
I wondered how this guy manages. 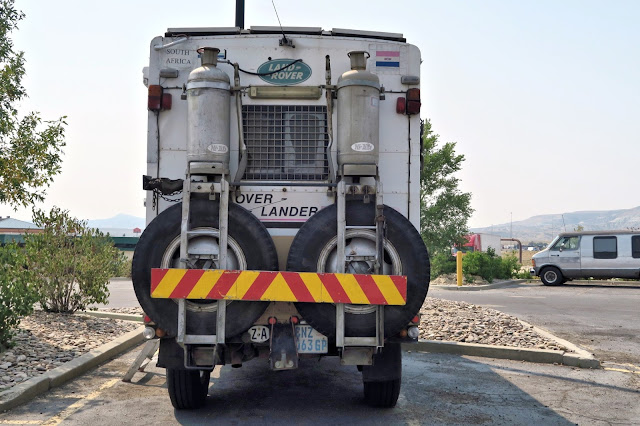 The other reason I gave up on the Rover was the attention it gathered.
I simply got tired of answering people's questions about it.
If my Rover got that much attention this one received ten times more.
I lost track how many people drove by to look and take pictures in just one hour alone! 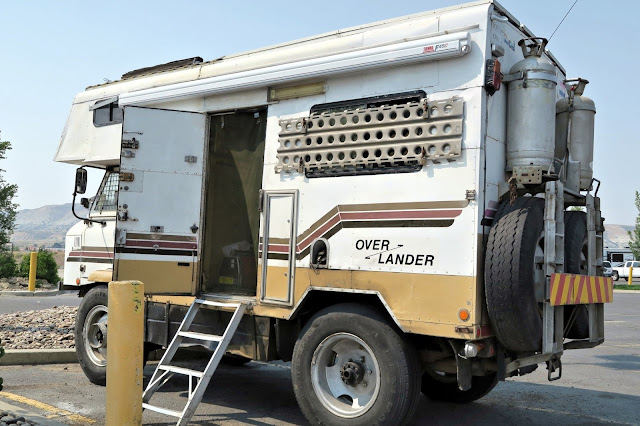 Here is their website http://www.overlandhb.co.za/home
You should at least look at About Us in the left hand column.  The first Land Rover on that page, the long green one, looks exactly like my second Land Rover.
Then be sure to read the Incident Summary.
Oh my the "adventures" they have had!  My adventure meter doesn't go that high. 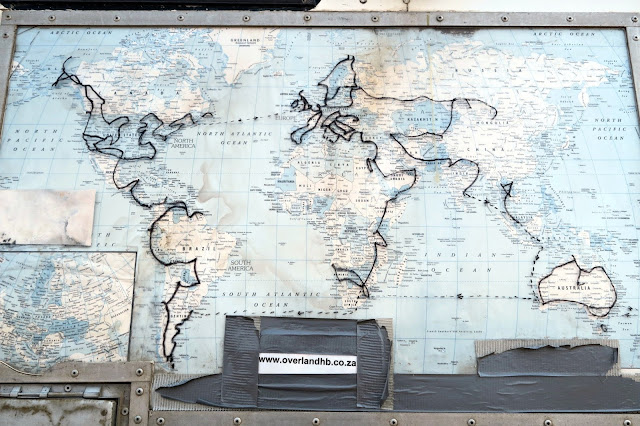 At our next home site this guy would have been our neighbor but it was early in the day and the terrain was kind of bleak so we moved on down the highway looking for something better. 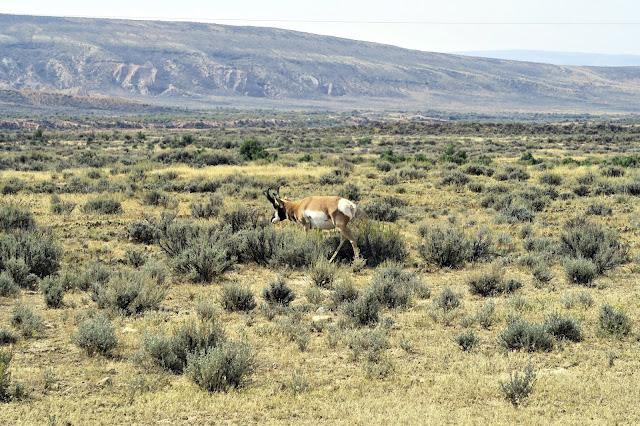 Looks that they did a lot of rivers without a bridge.

Adventurous couple I like that last photo of the animal in the wild.

That's a tough vehicle, and what a long way they have gone in it, according to the map. We had a Land Rover once, many years ago, but then had a couple of Toyota Land Cruisers.

Wow. Beast is a good word for this one! Did you get a chance to go inside?

Wow - what a couple! We had a Toyota Land Cruiser in the 70s which I loved to drive because everyone got out of your way since there weren't very many large vehicles on the road in those days.

I'd say they're way beyond my adventure comfort level too!