A New Try for the Dinosaur Tracks

The next day I got on my bike, went down the dirt road to the sign, turned and went to I had no idea.
Several trail heads with signs and information made no mention of the tracks.
Off in the distance I could see a vehicle on a hillside.  It turned out to be a tour guide for a group of foreign tourists he was showing the sights to.  "Is this where the dinosaur tracks are?"  I asked.  It was and the tourists became more interested in this old man on his bike out in the middle of the desert than they were with the tracks.  Soon they loaded up to leave and I had the site all to myself.

Clicking on the image should making it bigger and easier to read about what this area was like
165 million years ago and how the footprints were preserved. 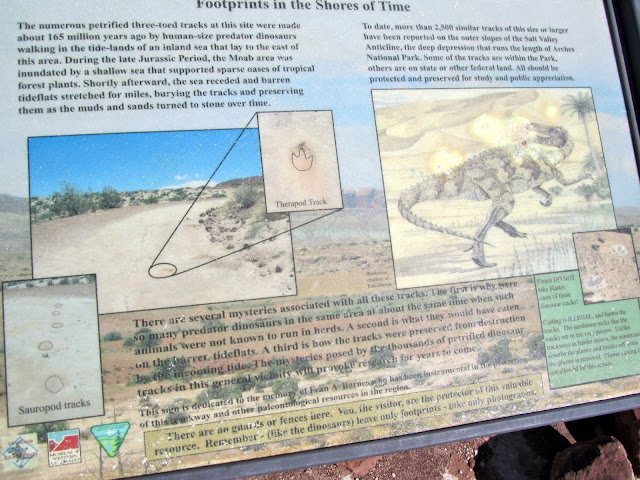 Just this narrow band of rock was exposed which revealed the footprints.
I wondered about how many other prints were around there just a few inches below the rock surface. 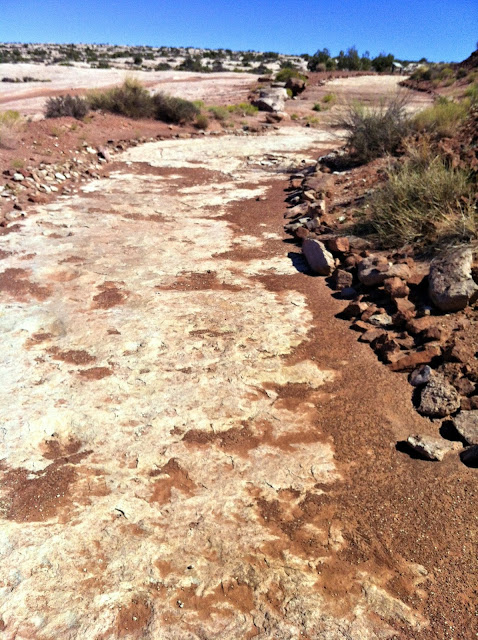 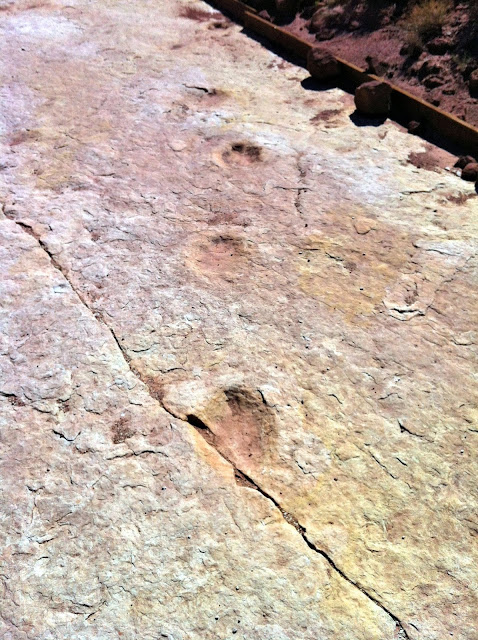 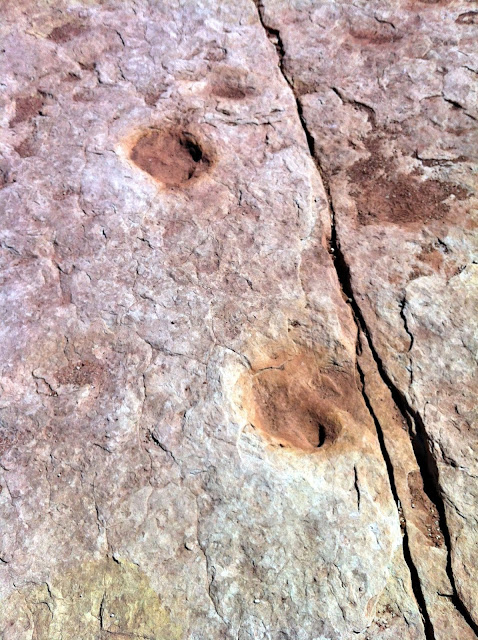 I just stood there imagining the dinosaur making this one particular impresson
that would be preserved so I could place my foot next to it. 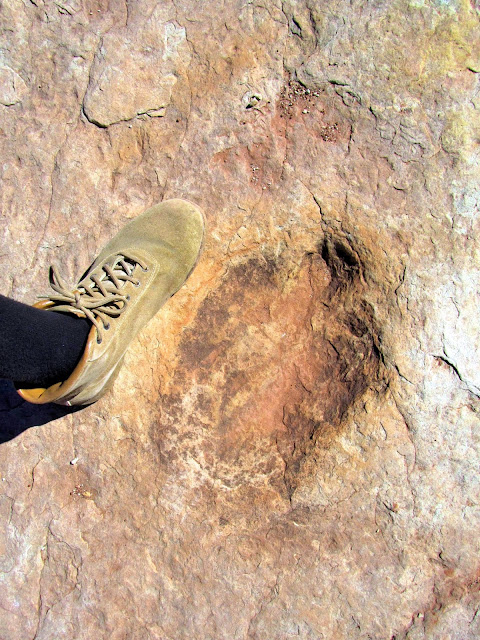 Not much further on I crossed the boundary into Arches National Park.
"Boy, I am a long way out here.  Best I go back home." 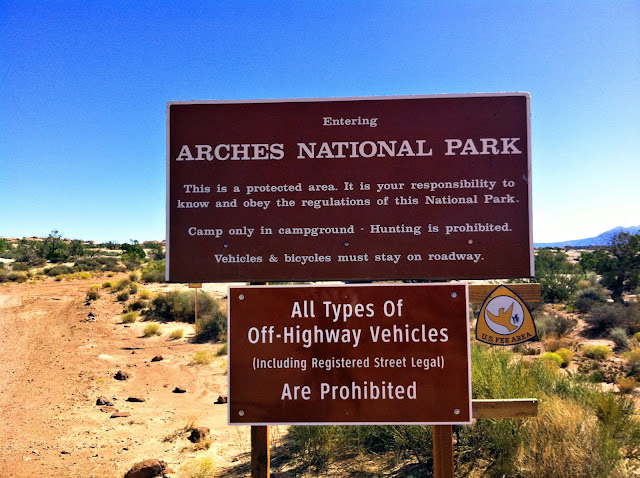