I bought a small Dutch Oven awhile back and used it for the first time during the solar eclipse event.
We cooked up some corn bread on two separate evenings.  I lined the oven with foil and the bread came out wonderful both times.  Later I got the idea of getting a cake pan instead of using foil.
The coals got so hot with the wind blowing that it caught the wood on fire that was left behind by the previous campers. 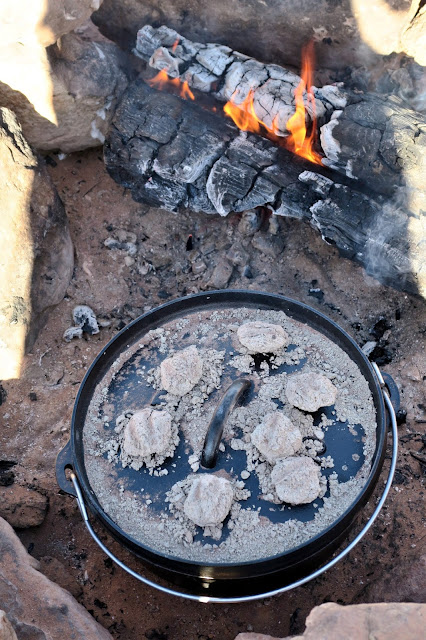 I made a batch on biscuits in the pan it this worked out great.
The first batch.  I increased the cooking time a tad on the next batch to get some golden brown goodness on the tops. 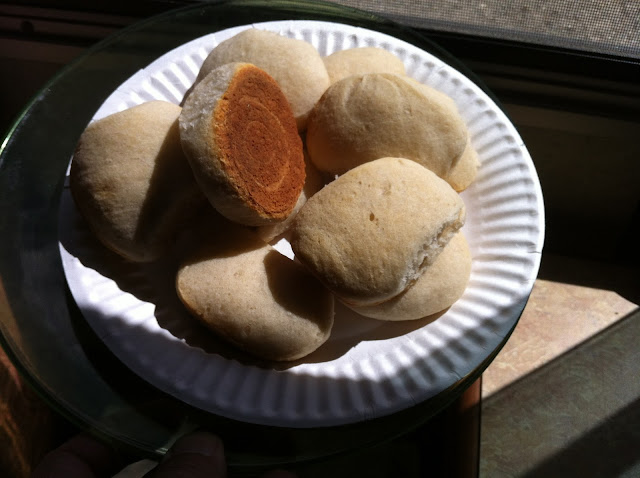 Next I tried some cinnamon rolls which you see here.  They required more space so they ended up scrunched up.  But they too came out great yet my stomach kind of rebelled from the sweetness.
I'll stick to biscuits and breads from now on. 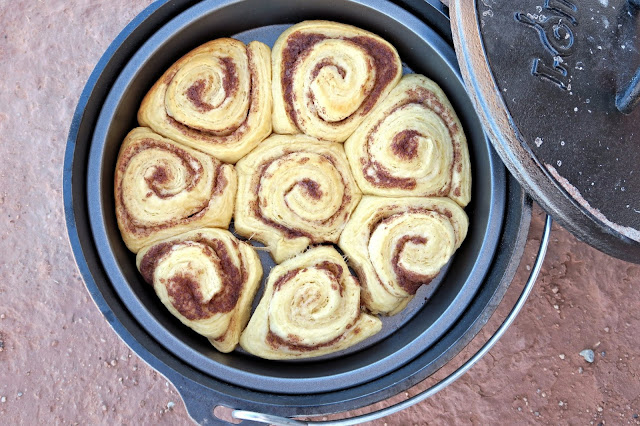 I am Dutch but have never heard of a Dutch oven. But what you can do with it looks very yummy.

How smart are you?!

Looks awfully good to me!