I'll admit I wasn't expecting much at this site but once there I was genuinely impressed.

I take pictures of signs so that I have information to refer to for the post.
Here I'll just include the sign itself and you kind read or skip past. 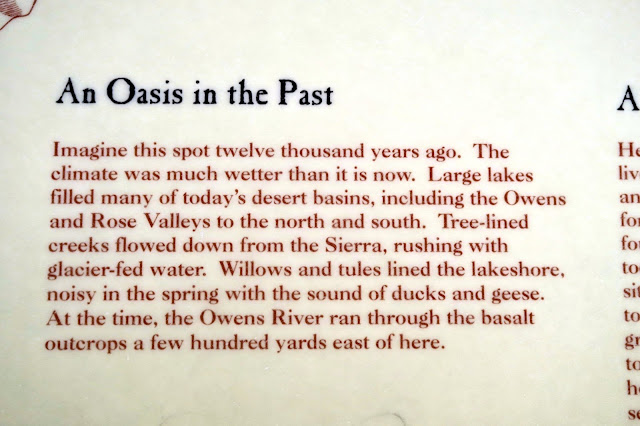 It is really difficult to imagine this area east of the Sierra mountains a rich oasis as stated.
It is so dry, desolate and barren now.
Hard to picture, huh?

This is at the brink of the falls and think of the tremendous amount of water over how long a time to be able to sculpture and polish hard sharp basalt lava to look like this. 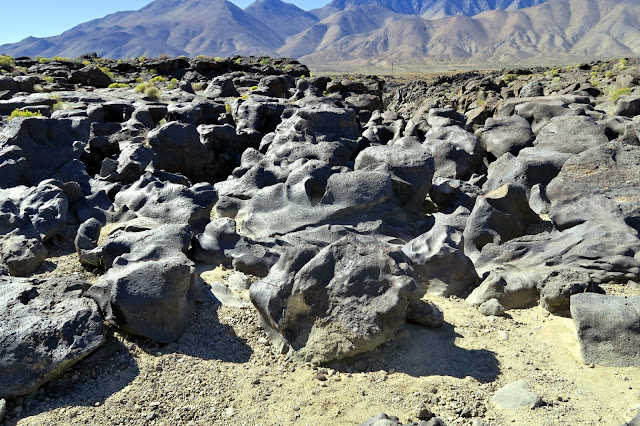 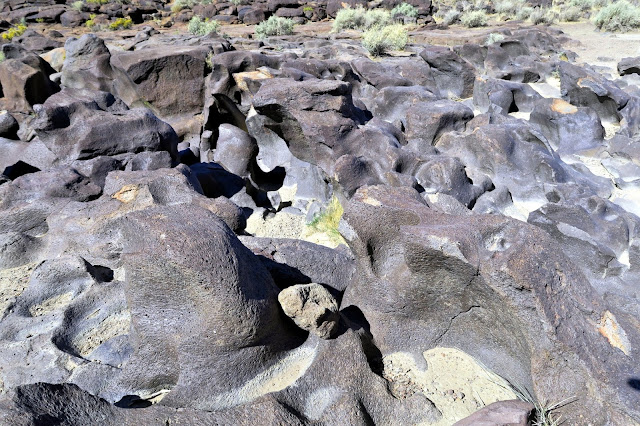 There were many places where a rock would get caught in a depression and the action of the swirling water would spin the rock around creating a deep hole over, again, how long a time? 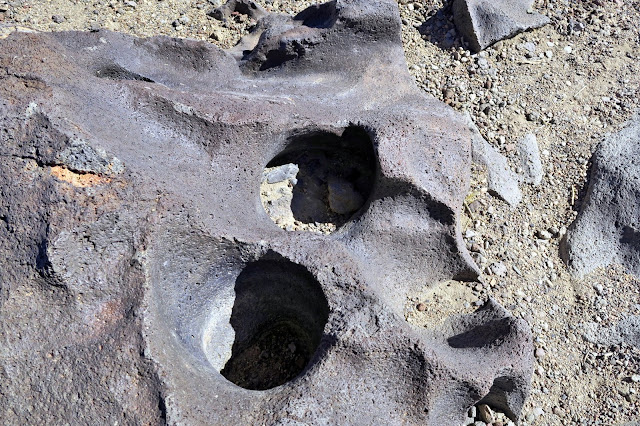 Looking back towards the brink of the falls.
That is 200 feet down. 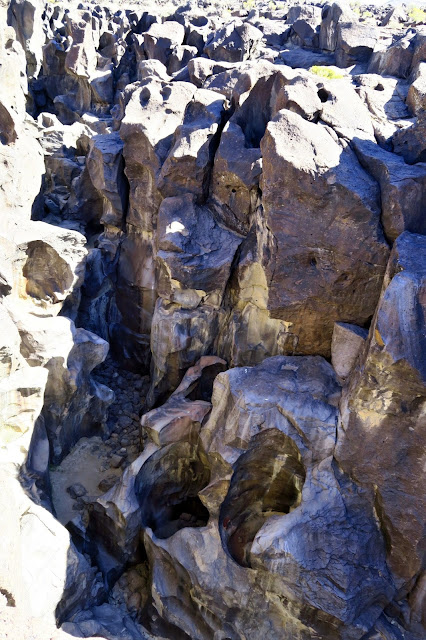 I was wandering around there saying out loud how I wanted to look down and see the bottom but boy, I did not feel comfortable at all approaching the edge.  "I wanta look down!"
Finally I found a spot where I could get on my knees with the edge of a large piece of lava between me and the abyss, offering me a sense of security.  Oh to be young and carefree again. 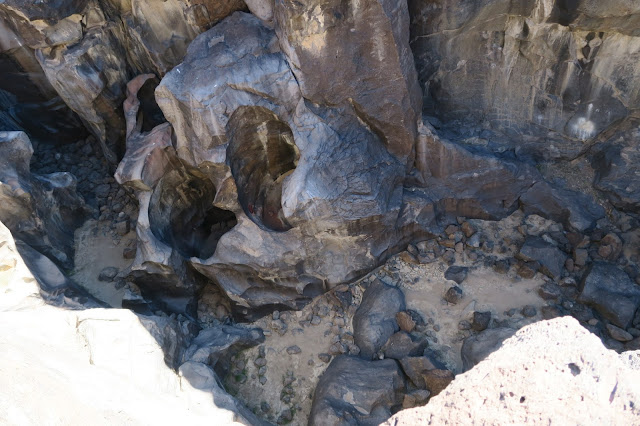 Looking on out of the gorge.
The distant landscape does not look anything like that sign depicted. 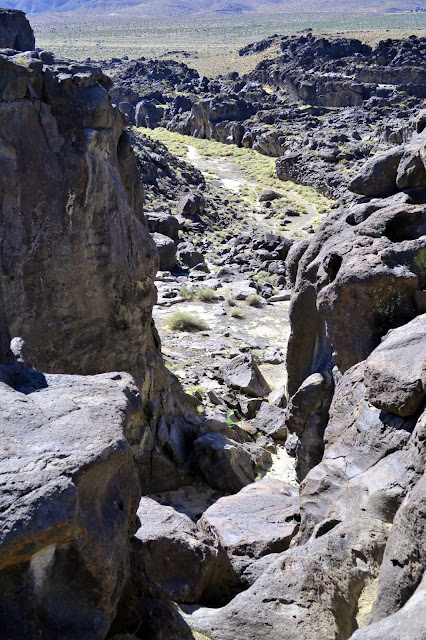 Along one of the side of the gorge two holes drilled into the lava by the rushing water. 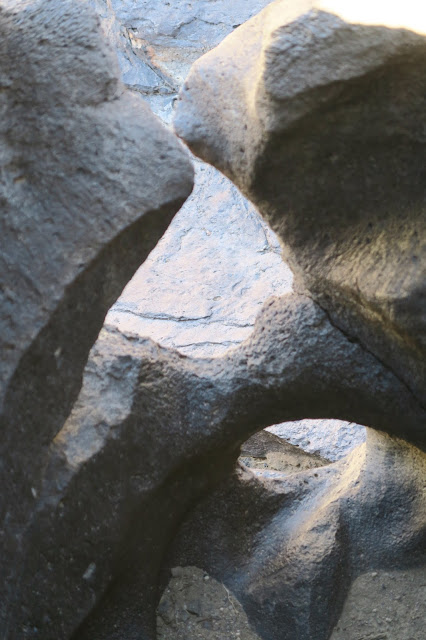 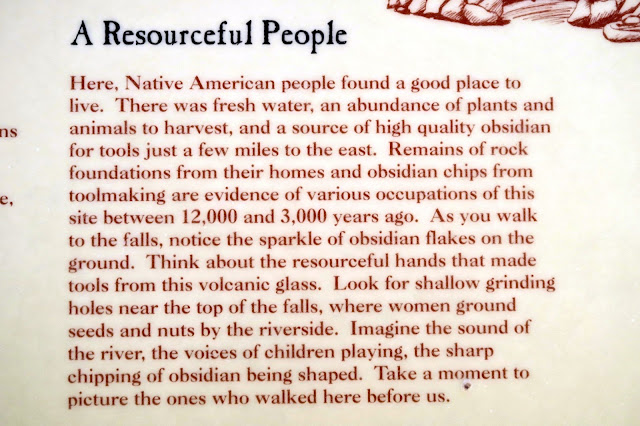 As I tripped and stumbled over the lava back to the parking lot I wondered how the Native American peoples walked around this stuff without any hard-soled foot ware.  Moccasins wouldn't last a day. 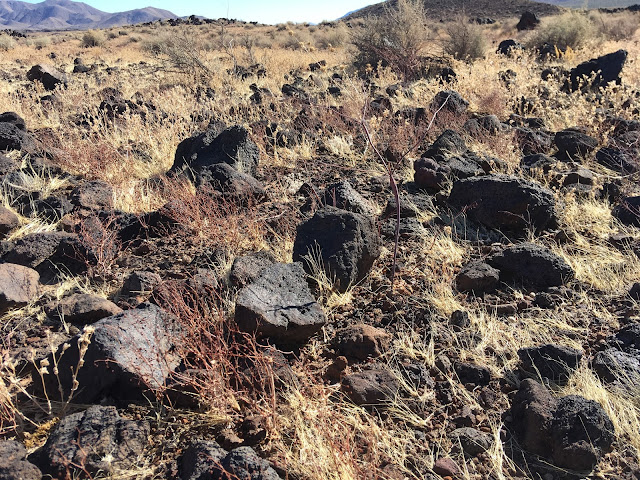 When I got back another lady was taking a picture of Beans in the window.
Another missed money-making opportunity.