On the Search for Dinosaurs

I thought I would hike cross country in the direction where I knew there were some dinosaur footprints in the rock.  I had seen signs on the dirt road - Dinosaur Track.

First I came across an abandoned water station. 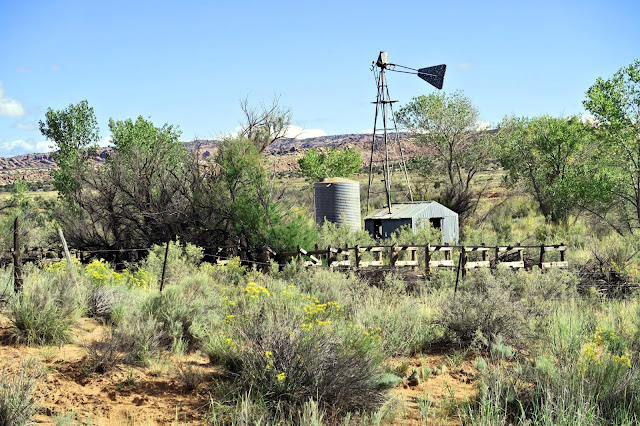 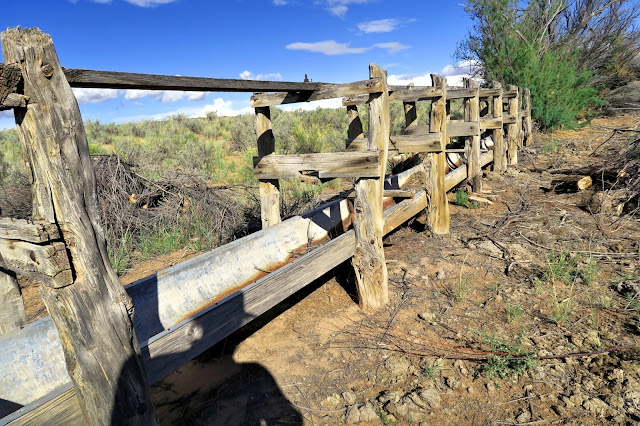 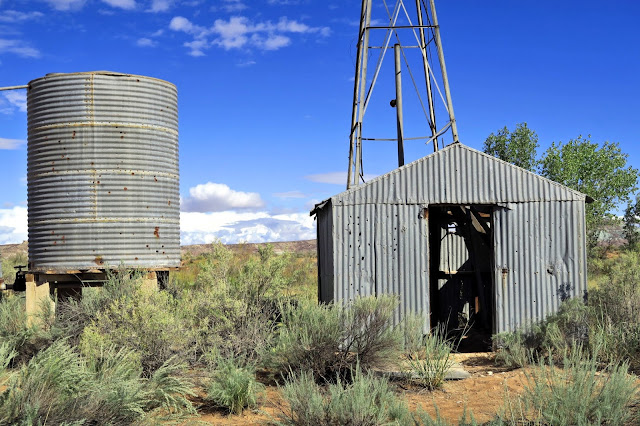 The water storage tank that will never hold water again. 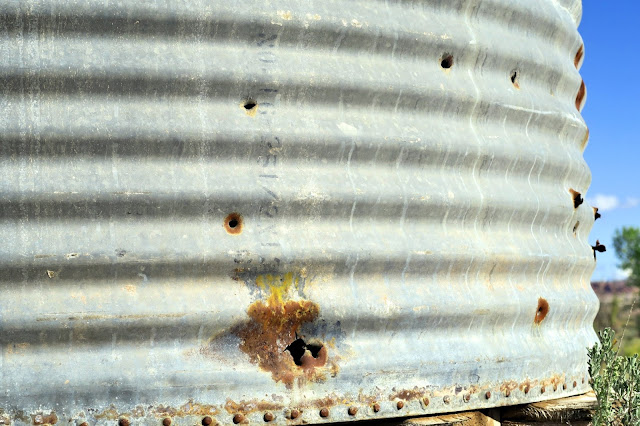 Moving on was this barrier across a dry river bed obviously to keep the cattle on one side.
It was constructed from PVC pipe with cable running through it. 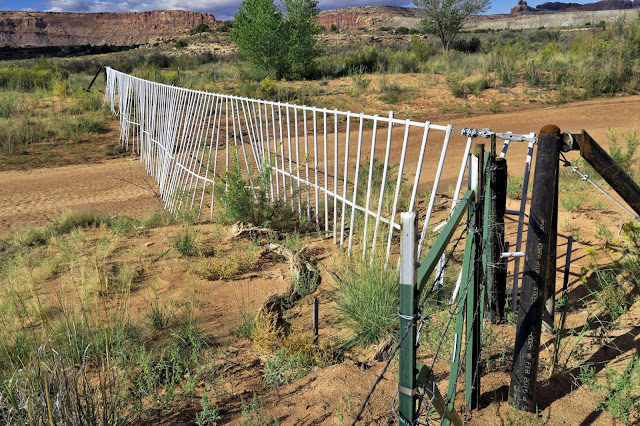 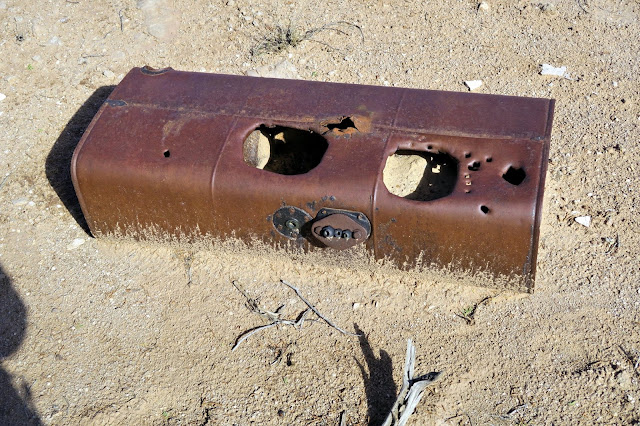 Next to be found a wash tub that will never hold water again either. 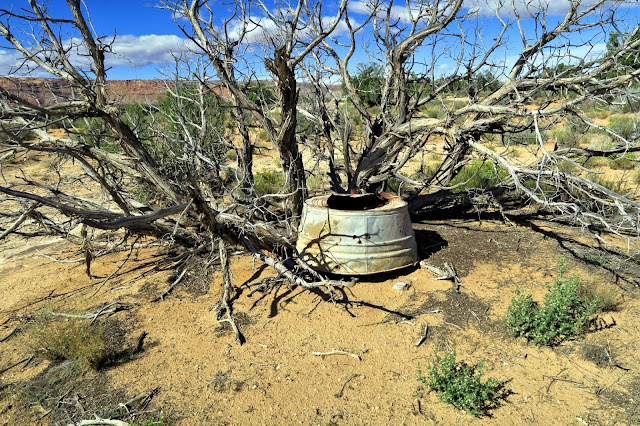 An abandoned mine shaft that went straight down.
You wouldn't want to go walking around out here in the dark of night. 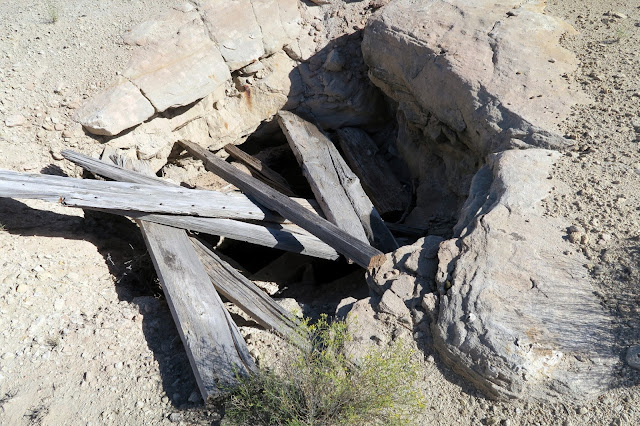 Nearby the miners changed the oil filter and added a quart of oil to something long ago. 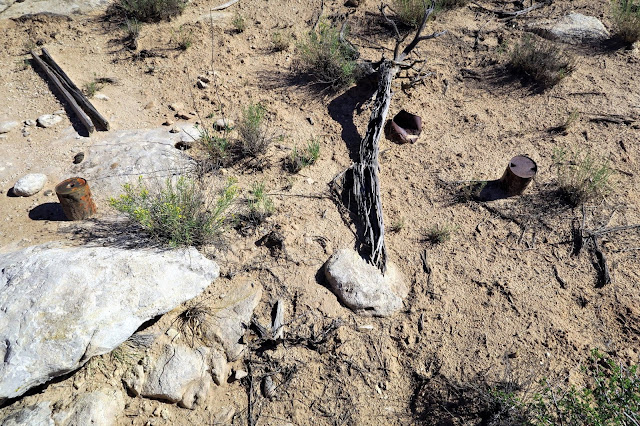 By now I realized I wasn't going to be finding the dinosaur tracks this way just wandering around in the desert.  I turned back for camp and would try again the next day.