One day I was wandering around and came across what once was a delivery truck now converted to a camper of sorts.  I was taken by the elaborate decoration at the rear.  There appeared no one home so I moved on next door.  There the neighbors asked if I had seen anyone there as they hadn't since the truck pulled in early that morning.  When I said I hadn't one of the ladies suggested we all go over and see if we could roust someone.  And with that we all walked back over and said "Hello inside".

This guy came out.  He was very nice and invited us in to look around and so we did.  Now I hadn't noticed the cross in the bead work of the door until just now when I was working on this post.
That would have been a clue as to just what we had gotten ourselves into. 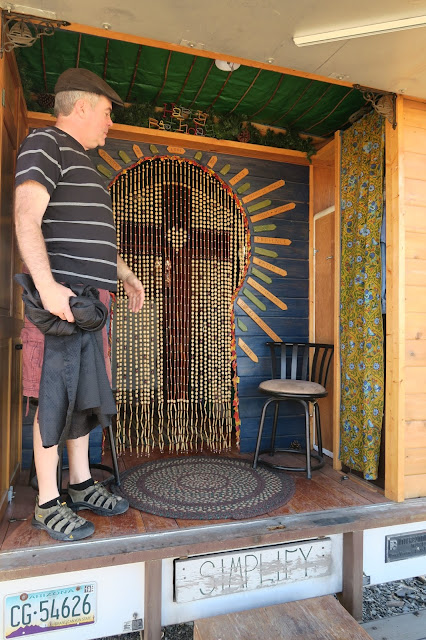 He pointed out how he had used pie tins and glass pie dishes for the port hole windows from a thrift store.  I thought that quite clever. 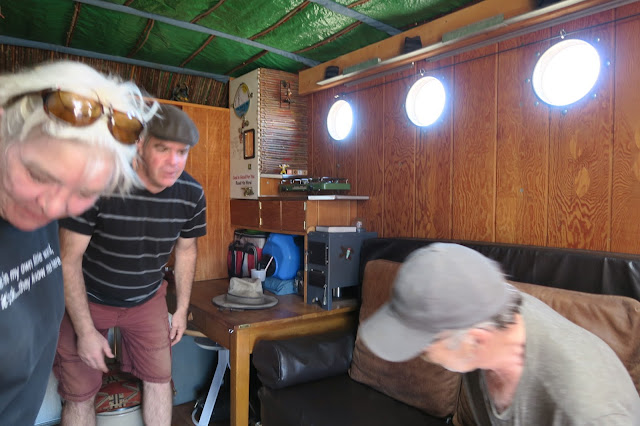 He then directed our attention to the use of willow branches in the ceiling. 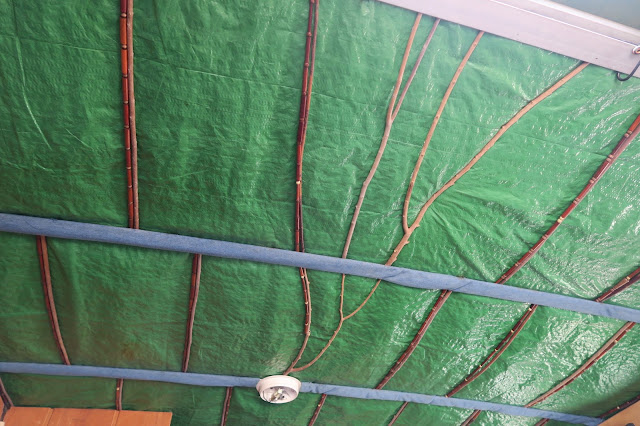 At this point he launched into his sermon using an arrangement of plumbing pipe fittings to demonstrate how...well, I'm not so sure as I wasn't paying too much attention.  See, I was thinking of other things like here is another fine mess I have gotten myself into and just how long is this going to go on for before I can make a quick but respectable escape.  Having the other five in there with me helped as they were very kind in nodding their heads in understanding, misdirecting his attention from the one lone individual standing (me) with this deer in the headlights look about him. 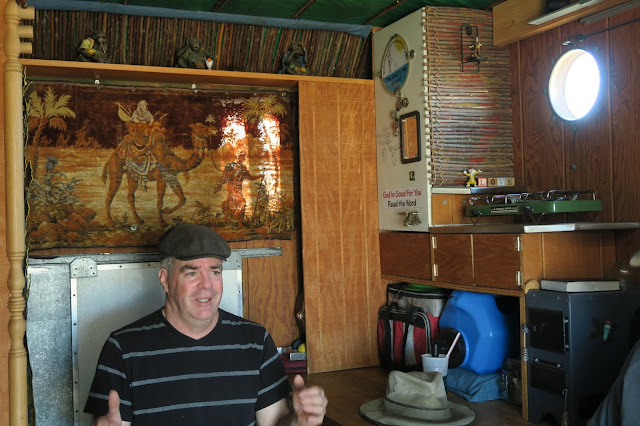 It bothered me all day long as to who this guy reminded me of in appearance.  Finally it came to me, my barber who I went to for many years.  At any rate, I/we learned nothing more as to how he lived in this truck or of any of the features it may have had.  Also I didn't learn anything from his sermon but I did learn to be aware of a converted U-Haul truck with these words on the sides. 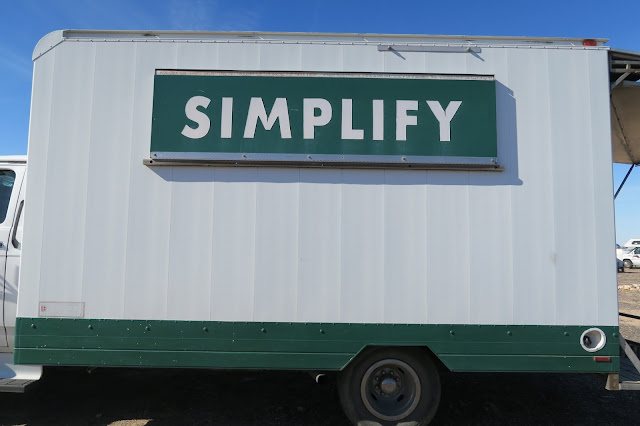 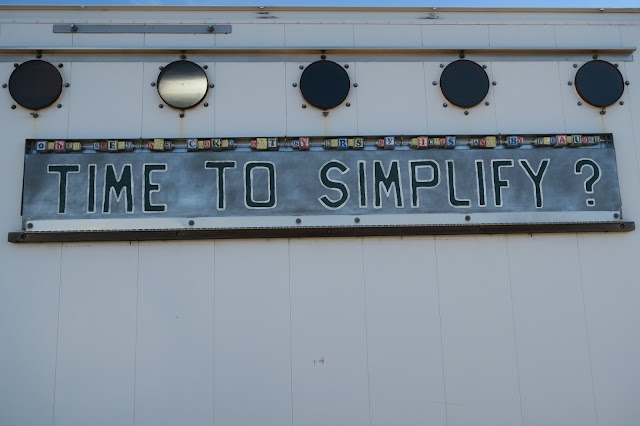 Wow...I have never seen a church like that. Did he seem like a real minister or like he was out of his mind? Hehe...I am giggling as I type that because I imagine you answering with a wink, "Yes!"

Sorry you got trapped by your politeness. Hey, at least you got a story to tell!

Great story, and made me laugh. I would have been right there with you trying to make a quick escape. I am very uncomfortable talking about religion. To me it's very personal and not something to be debated.

Your site is very useful for me,Thanks for your sharing.