We've been here almost a week.  Most everyday the wind blows.  That's how it is in Oklahoma.
Sometimes its a cold wind out of the north, so it becomes an inside day.
And too there is the occasional thunderstorm.
In between the weather we make the most of our time here.
Beans loves climbing the trees. 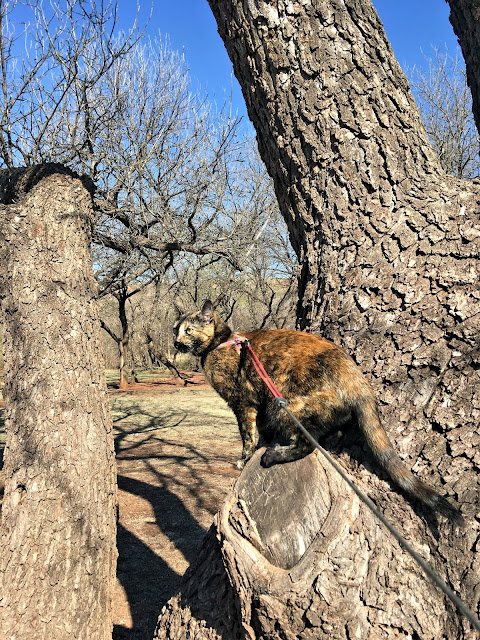 I took advantage of a calm day and cooked some cornbread in the Dutch oven.
Its been some time since I was last able to use the oven.
Beans inspects the cornbread. 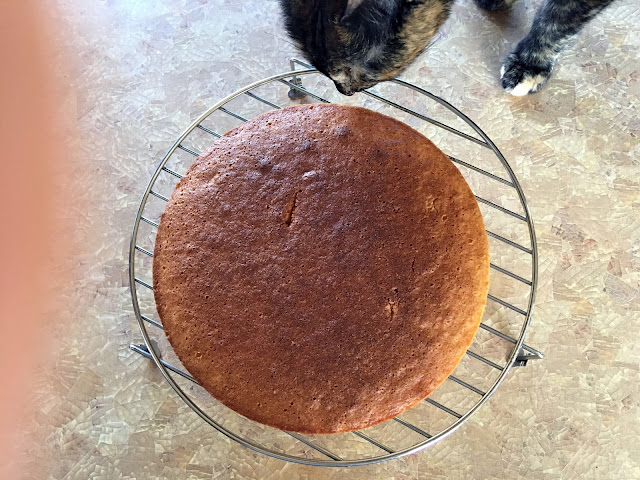 Finally a nice day for a hike.  I thought about trying to walk all the way around the reservoir.
That didn't last too far as the terrain got to be pretty thick with grass and brush.
I did find some bracket or shelf fungi, some of the largest I have ever come across. 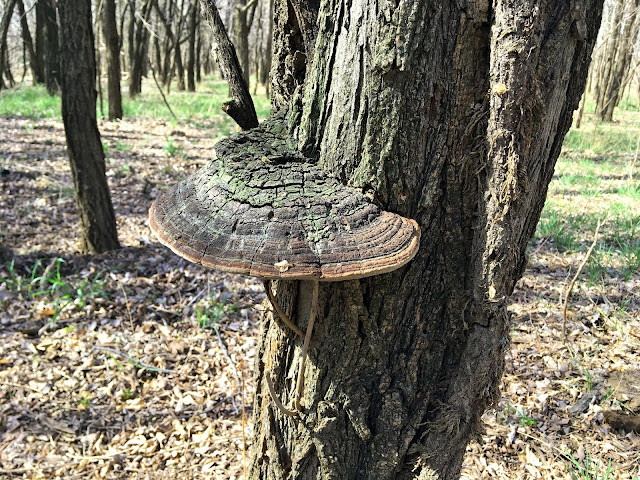 I climbed through barbed wire fence and immediately saw this little guy in the grass. I'm bummed the blade of grass was in the way.  By the time I was ready for a second shot he turned and slithered away fast.  Not much bigger around than a pencil, about a foot and half long and very colorfully marked. 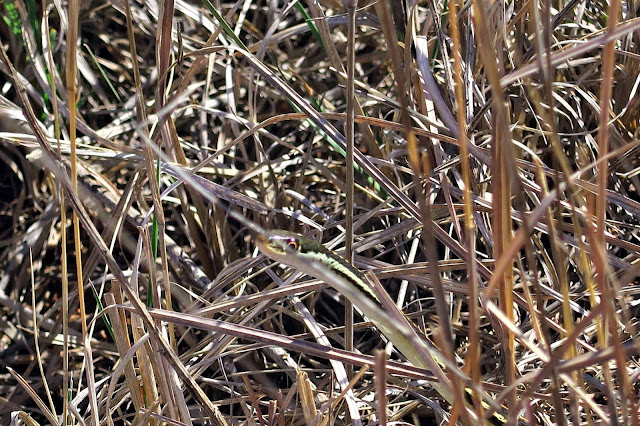 For the most part we have been here by ourselves.  One afternoon a lady from Tennessee camped for the night nearby.  We got to visiting the next morning and she expressed an interest in seeing inside the RV.  I opened the door and as always Beans is right there.  "Beans, we have company."  She stepped in and Beans went nuts running all around so excited to have a visitor.
She's on the table, on the counter, underfoot.
See me!  See me!  Look at me!  Pet me!
So cute!

I was asked in the comments if Beans ever slips out of her harness.  She did a couple of times early on.  I took in a hitch on it and she hasn't done so since.  She doesn't even try anymore, which was just a matter of backing up and slipping it over her head.  She gets excited when I pick up her retractable leash, stands there and slips her head through the noose. She know we're going out for a walk.

Beans is an easy cat.

Beans obviously enjoys having vistors to the RV! The snake could be a rough greensnake or a smooth greensnake, according to the all-knowing internet.
I drove across Oklahoma last year, and I couldn't believe the thousands of wind turbines that have been installed.... obviously a very windy area.

I always wonder if Beans tries to go out the door of the RV?

She did early on in her travels once or twice. Now she is real good about not doing so. All I have to say is no, get back and she does. Even just a nudge of my foot is all it takes.

Wow that is an impressive fungi. Beans is such a lovely cat, she has taken to life on the go very well. She loved your visitor. Maybe you could take a short video of her sometime John.