While at Stonewall Jackson Camp the batteries inside the coach part of The Little House on the Highway finally gave up, or one did.  They were ten years old so I can say I got my money's worth.
I had to drive north into Oklahoma City to buy two new batteries.  Once that done, $315 poorer and with a sore back we continued west in Oklahoma.  I stopped here for a reason which you will see in tomorrow's post. 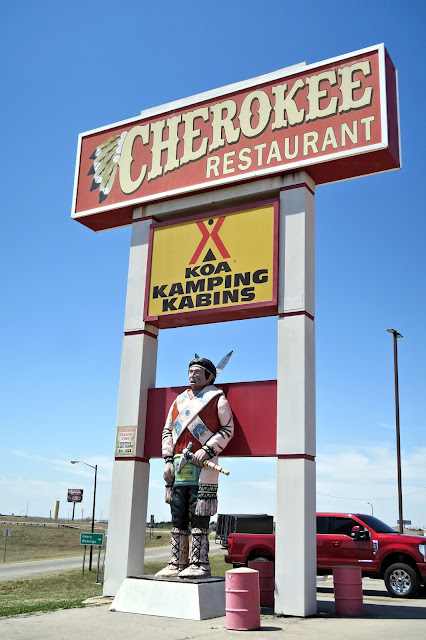 It had been a long day and Beans needed to go for a walk.
When she saw this Bison she studied it for a moment then gave it a wide berth not quite sure what to make of it.  So cute. 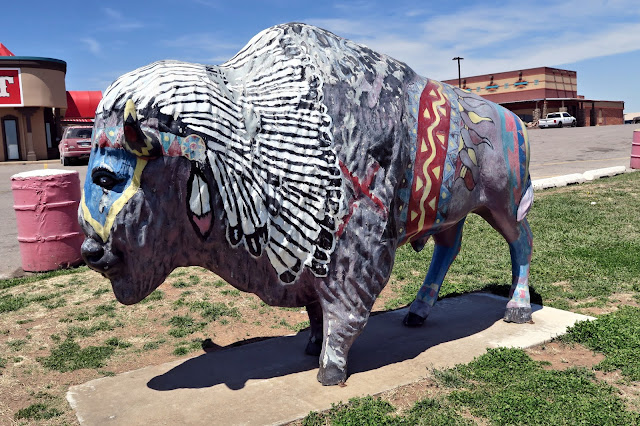 Then she suddenly saw this and stopped dead in her tracks.  She backed off, turned around and headed back to the RV.  Poor thing, she must have thought it real. 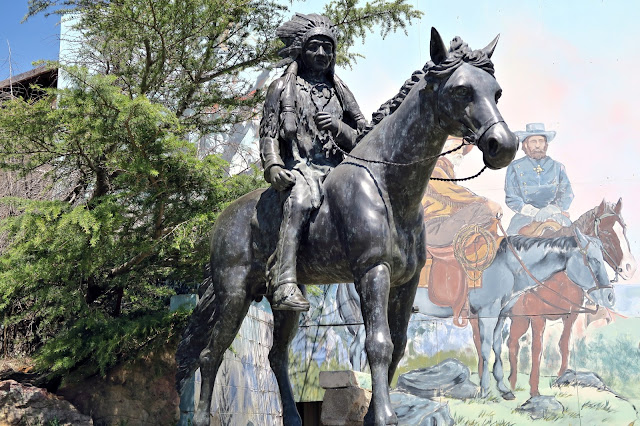 This was a very nice mural although somewhat faded now from the harsh Oklahoma sun.
Clicking on the image may help to see it better.

On the far right was a depiction of an Indian "sky burial".  This is how some tribes dealt with the passing of their people.  I had always thought this would be the way for me.  I don't want to be thrown into a hole in the ground and buried under tons of dirt.  Cremation isn't all that comforting but at least a bit better.  But a sky burial, yep that's the way for me.
Now, how can I pull that off? 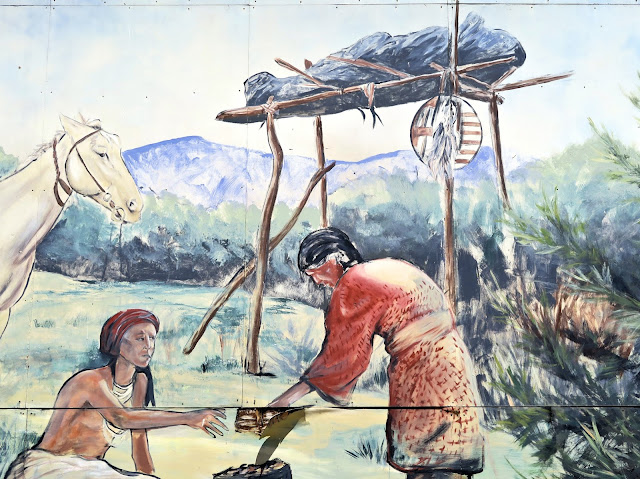 Thank you for your interesting photos. A new world for me. O yes, I have read about it. But to see pictures... Thank you.

Funny how Beans reacted to the sculptures!

Makes me think of the scene in Jeremiah Johnson where they take a short-cut through the sky-burial grounds against Johnson's sage advice.