If I rest my head on the steering wheel while we drive I get my chin rubbed. 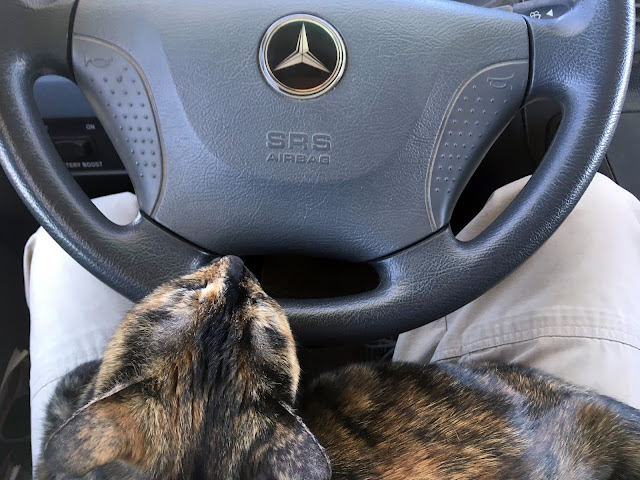 With a name like Dead Indian Creek I had to find out how it came by this name.  It seems that early settlers to this area discovered a number of Native American sky burials along the creek and so named the creek.  In the 1950's a dam was built and the resulting lake carried the name of the creek.  History records that General Custer attacked a Cheyenne camp in this area resulting in the death of Chief Black Kettle.  Today a large tract of land is now known as Black Kettle National Grassland managed by the National Forest Service.  In recent times a do-gooder felt the Dead Indian name was derogatory to the Native Americans and filed a petition for it to be renamed Black Kettle Creek/lake or Medicine Woman Creek/lake after Black Kettle's wife.  Meanwhile those who opposed the name change contacted the local Cheyenne and Arapaho tribes and gained over 1000 signatures to keep the names as they are.  The do-gooder moved to California and the case was dropped. 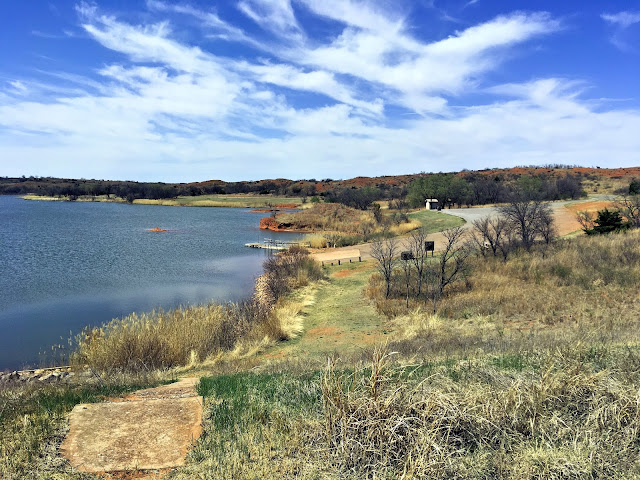 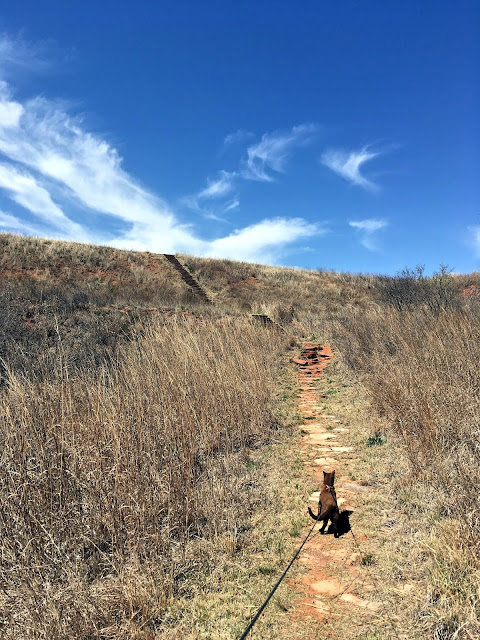 I think I am changing my mind about going to the top. 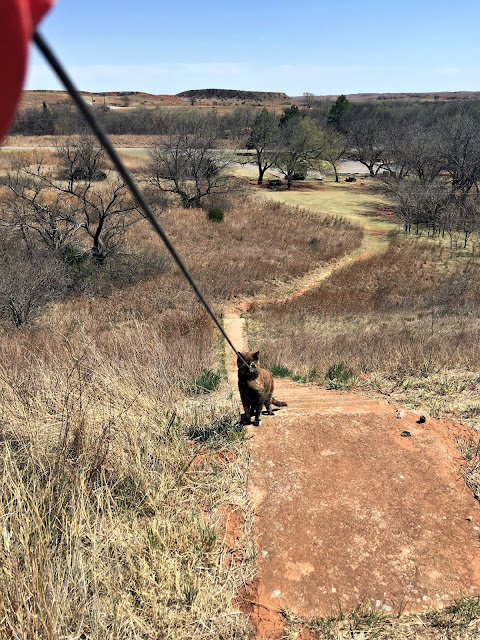 Oh gee, I climbed all the way up here and it's just a bunch of water! 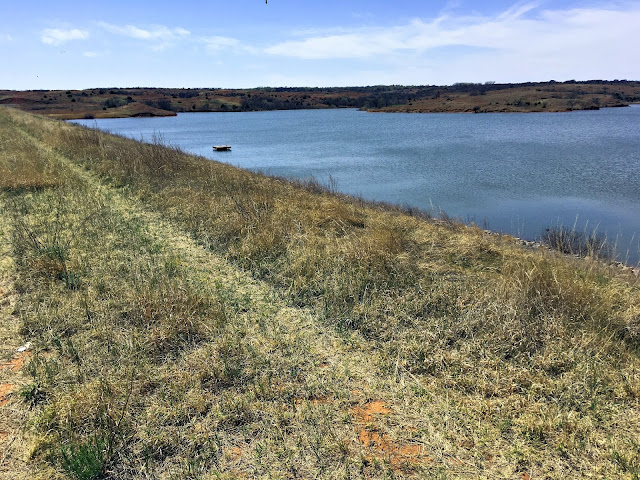 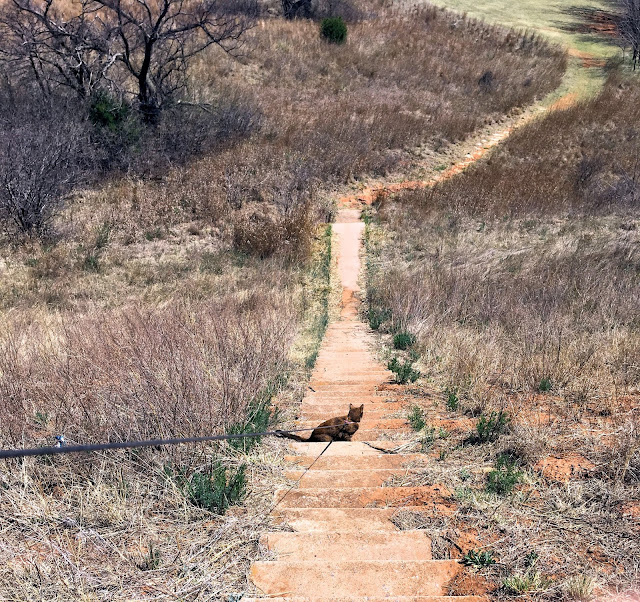 Mmmm...now would I like my drinking water to come from Dead Indian Lake or Black Kettle Lake, neither seems particularly appetising. Walking with a cat is much like walking with children - either enthusiasm or exhaustion with not much in between.

Very nice place to visit. Why is it we always get some numpty do gooder that ethinks they know better, I'm glad common sense prevailed because some people hav none

I love that first photo, so sweet her head on the wheel.

Beans seems to tolerate being on the leash very well, I suppose she is used to it by now. Has she ever tried to wriggle out of the harness? As for changing names to be a bit more "proper", just leave well alone. The name commemorates the history of the area.

Science IT and Leisure said...

awesome.
have a great day.

Just south of there 1/2 mile on the Highway my dad owned that land when I was a boy. My grandfather wouldnt come in our house or visit after dark , he said the place was haunted. dad sold it and we mved away 2 years later I was only 5 years old.

Was born near Cheyenne and raised there. Believe me, you don't want to drink that water whatever it's called haha. Great place to fish for mudcats, but it smells accordingly. The drinking water comes from a manmade reservoir outside of town.

Read about it sometime, just a quick Google search. Think about where that more or less would have taken place. Then decide if you think your grandfather might have been onto something.

Those people chose that spot for a number of reasons. A pretty, quiet place. A whole lot "echoes" there, I guess you could say.